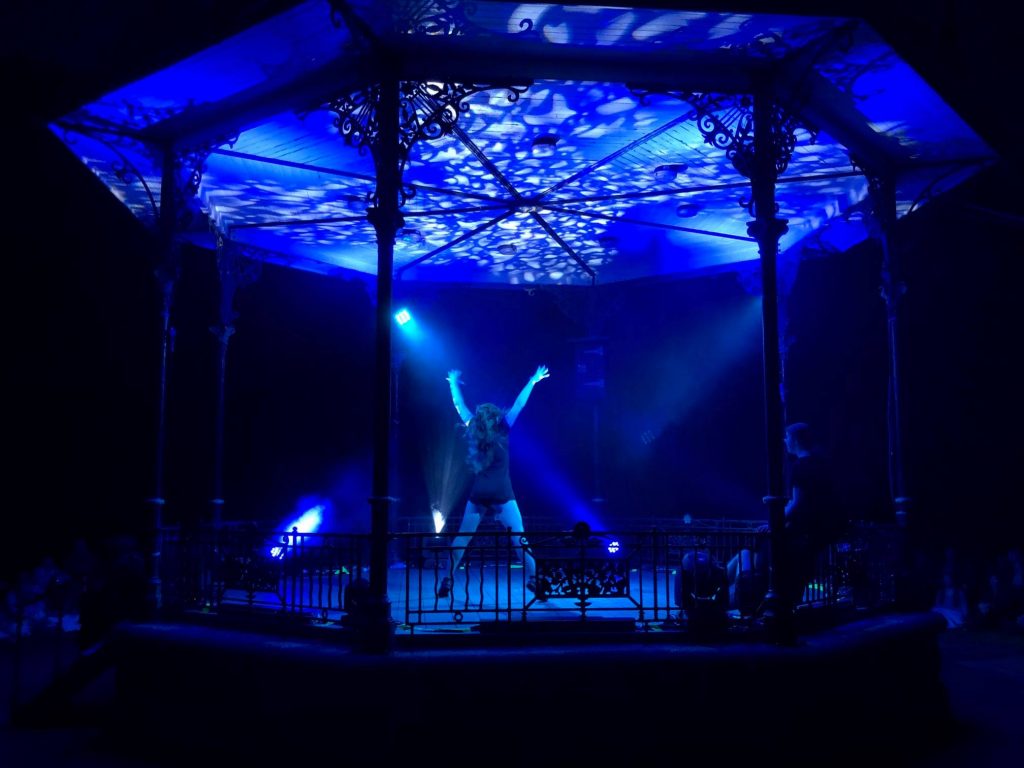 CORNWALL, UK – In 1905 a coal merchant by the name of JH Bennett donated funds for the construction of a massive cast iron and stone bandstand in Penzance’s Morrab public gardens. Standing serenely amidst the winding paths and lush foliage of the park, the open, circular structure with a classic cupola roof, has blended harmoniously with its surroundings ever since.

This sense of balance and proportion made the beloved landmark ideally suited for the final, season five showpiece of Seeds, an outdoor dance recital involving 30 socially distant performers from the UK. Aside from providing a supportive geometrical setting for the precise choreographed moves of the dancers, the holistic symmetry of the bandstand reflected the performance’s mission of supporting mental health during the COVID-19 pandemic.

Lewis Williams wove the bandstand into the lighting design for Seeds by drawing on the output and color rendering quality of the CHAUVET Professional Rogue R1 Spot fixtures to create an engaging 3D aura of light around the iconic structure.

“I incorporated the bandstand into the design because it provides an awesome surface to bounce lights off of,” said Lewis. “Directing light from the R1s onto the roof of the bandstand, I got some stunning color and gobo effects through the smoke. It created an atmosphere throughout the entire area when I bounced light off the roof. The gobo wheels also worked incredibly well on this project creating stunning break up gobos around the band stand as well as beyond when pointed outward into the sky. So, we engaged on many levels.”

Lewis positioned four Rogue R1 Fixtures, supplied by Mass Affect Lighting, inside the spacious bandstand to create a square. This arrangement allowed him to point the 140W LED units straight up at the roof or direct them to the center of the stand for solo performances. “I used a lot of fades on position changes, where I would set a 5-second delay on the R1 Spots when they tilted down across the bandstand floor,” he said. “This created a beautiful and slow tilt, which worked really well on specific songs”.

“Having never done a 360 show before, no less a live one, this was a challenge at the start,” continued Lewis. “But throughout the afternoon into the evening, I could see the programming coming along nicely, with help from Martyn Sargent from Mass Affect Lighting and Ben Boutwood who helped in the design. Sam Darlington and Grant Ellis (Ellis electrical LTD) were also critical in helping to make this event come to life.”

Invited to provide his services for the one and a half hour-show by Lukas McFarlane, Seeds’ organizer and choreographer, Lewis was pleased not only with the final results, but also by how this project opened his mind to new possibilities. “This was inspiring,” he said, “not only for me, but for everyone who came out to enjoy this awareness-raising show.” 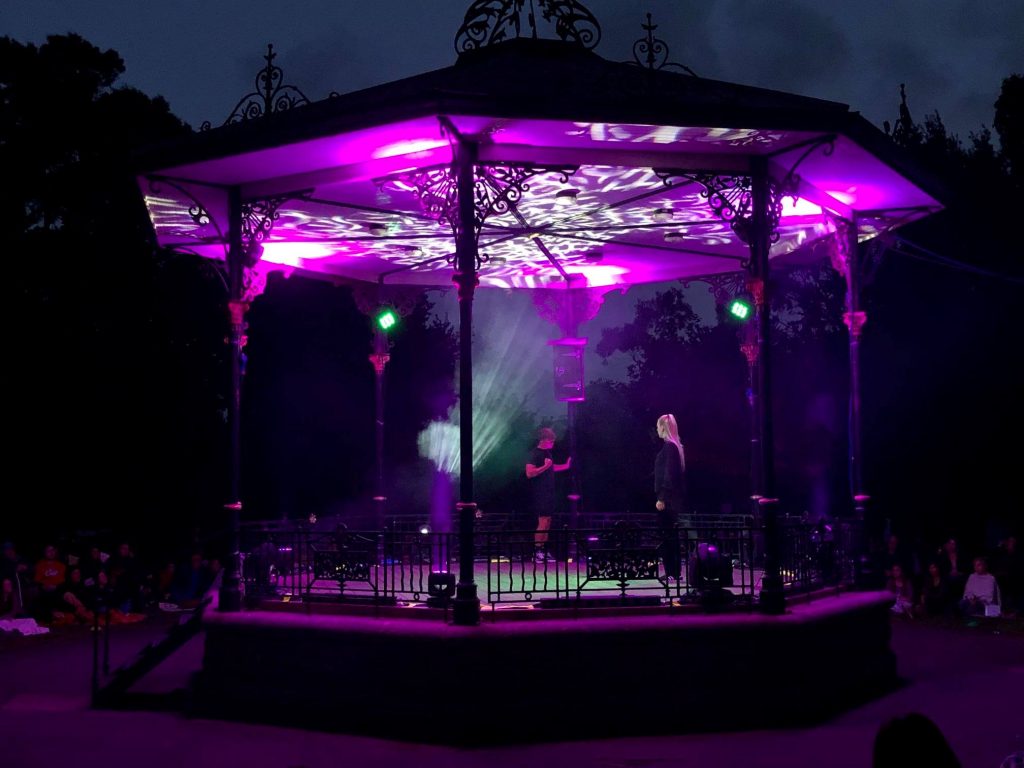