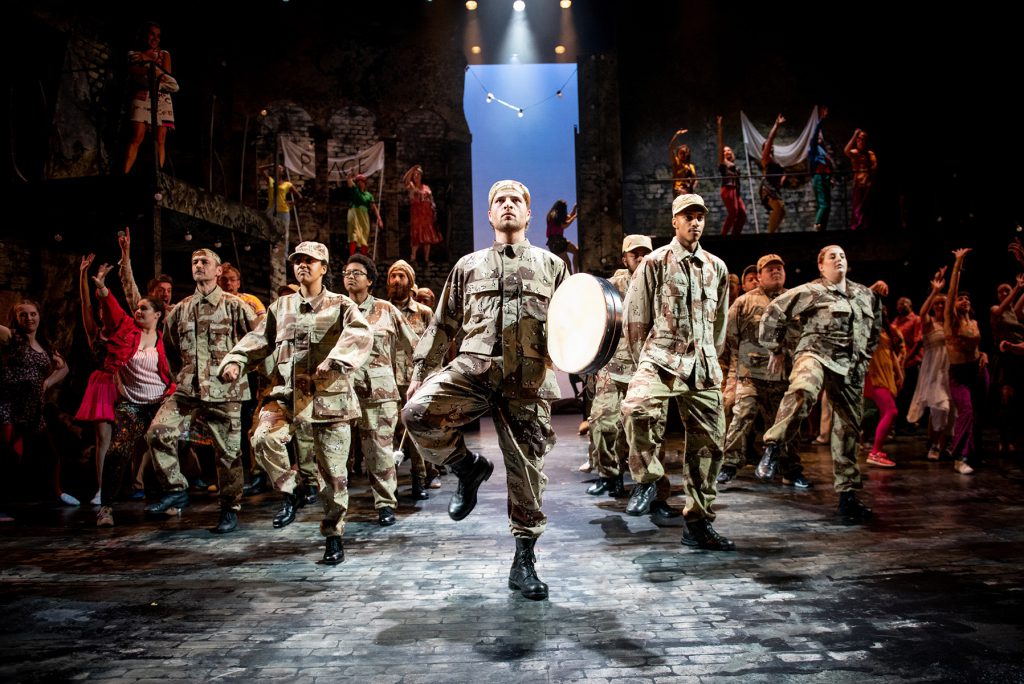 BIRMINGHAM, UK – From its very creation, Woyzeck has defied easy categorization. The great German dramatist Georg Büchner died before he finished this woeful tale of a soldier returning home from war to an uncertain life, leaving the play, like a work of timeless jazz, open to endless interpretations by future writers who would “complete” his story in their own fashion. Over 180 years after its creator’s passing, Woyzeck resonates as powerfully as ever. This is very evident in the Birmingham Repertory Theatre’s recent production of the drama, which features some piercingly intense imagery that’s made all the more evocative by the Lee Curran’s lighting, created with CHAUVET Professional Ovation, Maverick and COLORado fixtures.

In keeping with the open-ended spirit of Woyzeck, the Birmingham Repertory’s production of the play grew out of a change of plans on the part of the theatrical company. Initially, the company had planned to run a different show with a different director in its Spring-Summer 2018 season. When that director had to withdraw due to another commitment, Roxana Silbert, AD of the company, took over as director and decided to do Leo Butler’s adaptation of Woyzeck rather than the original show.

“I had never worked with Roxana before,” said Curran. “We had a meeting, and agreed we’d like to do Woyzeck. It wound up being a wonderful experience.”

The production that followed this initial meeting was gripping, sensual and challenging in a way that excited the imagination, as it followed the slowly disintegrating life of a soldier who returns from war to find his world and sense of reality falling apart. Creatively choreographed dances (clubbers bopping in slow motion to “Bang Bang”), moody scenic elements, and surreal costumes (ghosts carrying a baby doll) convey a sense of reality gone awry.

Curran’s lighting accentuates and advances this mood with its eerily evocative color changes. “I conveyed the protagonist’s increasing disorientation mainly through my color palette,” he said. “A lot of pale greens, and occasionally pale pinks, were used for contrast at moments where Woyzeck’s grasp on reality slips.”

Essential to Curran realizing his design concept were the CHAUVET Professional fixtures in his rig. He used 11 Maverick MK2 Washes, 32 Ovation E-910FC color-mixing LED ellipsoidals, and 32 COLORado Batten 72 linear wash fixtures to create a varied colorscape for the production.

“I think the biggest challenge for me in this show involved creating a rig that could handle this multi-dimensional story,” he said. “I needed to light crowd scenes with about one hundred people filling a very large stage, but also focus in on a moment between two people in the crowd, or deal with more intimate scenes on a balcony. We had big dance numbers, surreal nightmare sequences, a nightclub, and a dinghy floating on the ocean – all of which needed to be distinct.

“The Chauvet fixtures definitely helped me meet this challenge,” continued Curran. “I used them to create a lot of sculpted looks. I also relied on them for lots of sidelight, cross-light and backlight. I had to find moments to push light and dark and colors, ultimately making the choice that’s right for the piece.”

Curran had his Maverick MK2 Wash fixtures rigged overhead so they could function in a variety of ways. He used them as downlight washes, backlight washes and cross-light washes, as well as for a number of specials. “The Mavericks did great work in the play’s important nightclub scene, where we had them scan and create a lot of color,” he said. “They also helped us evoke an ocean effect at one point in the play, creating a bit of movement and a constant zooming to mimic the movement of water.”

The Ovation E-910FC fixtures in Curran’s rig were used in virtually every scene as key lights, in addition to providing top lighting for specific areas of the set and low cross-lighting in some scenes. For top and bottom position cyc lighting, Curran relied on his COLORado Batten 72 fixtures.

Speaking of his mix of fixtures, Curran noted, “By having a predominantly LED rig, I was able to create a huge number of looks and atmospheres to deal with the wide variety of settings in the show. It’s the sort of thing that you couldn’t have done before the advent of LED.”

Versatility was especially important to Curran’s design concept, given the size and composition of Woyzeck’s cast. “We had about 100 cast members, only two of whom were professional actors,” he said. “The rest were volunteers from the local community, many of whom had never set foot on stage before. This meant that I had to be even more flexible than is often the case when moving into tech, as some things just didn’t make the move from rehearsal room to stage. Things were being re-blocked and reworked quite substantially every day, so I needed the rig to be able to help me to deal with that, which it did very nicely.”

By drawing new people into theatre, the Birmingham Repertory’s production of Woyzeck continued the tradition of this “unfinished” play that has been beckoning each generation to reimagine it for close to 200 years. 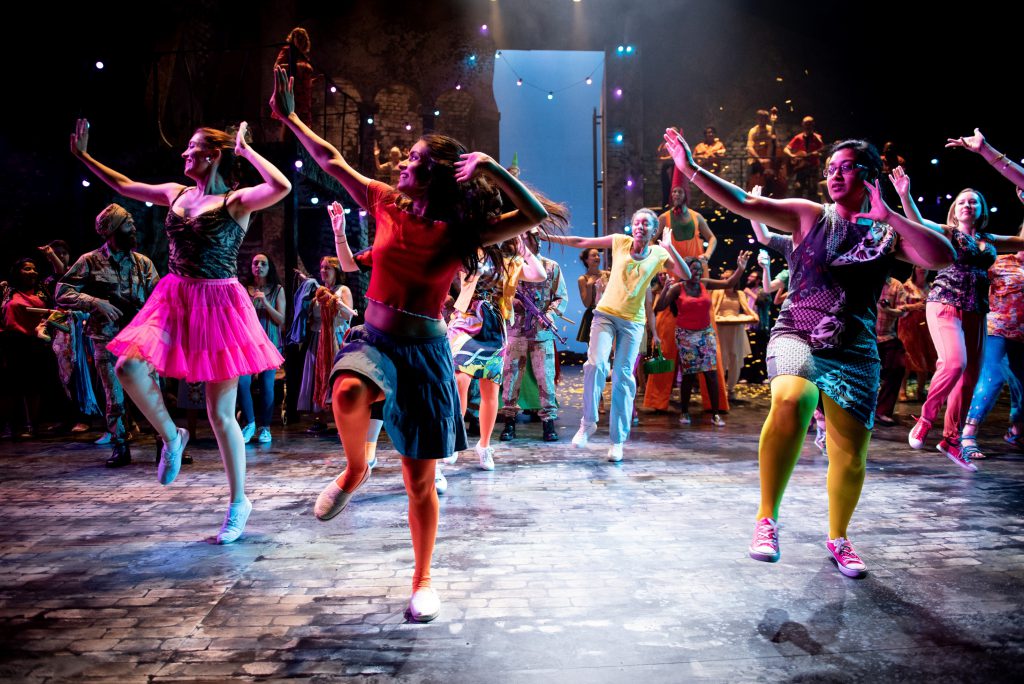