DORNACH, SWITZERLAND– (For Immediate Release)  —  “We can always redeem the person who aspires and strives,” Goethe wrote.  And indeed, at the end of the great poet and playwright’s masterpiece Faust, the protagonist is saved from eternal damnation near the very end of his life through perseverance and determination.

In the interim, Faust is taken on a hallucinatory journey by the devil Mephistopheles, through witches’ caves and dark magic rituals, descending from good to evil before being saved by intervening angels. Conveying the rich kaleidoscope of meanings and imagery in this metaphysical odyssey at a production of the classic at the Goetheanum School of Spiritual Science is a nuanced and colourful Klaus Suppan lighting design.

In creating his evocative looks for the nine-hour show, Suppan drew on the color rendering and performance features of seven CHAUVET Professional Maverick Silens 2 Profile fixtures that were recently added to the theatre’s lighting system. 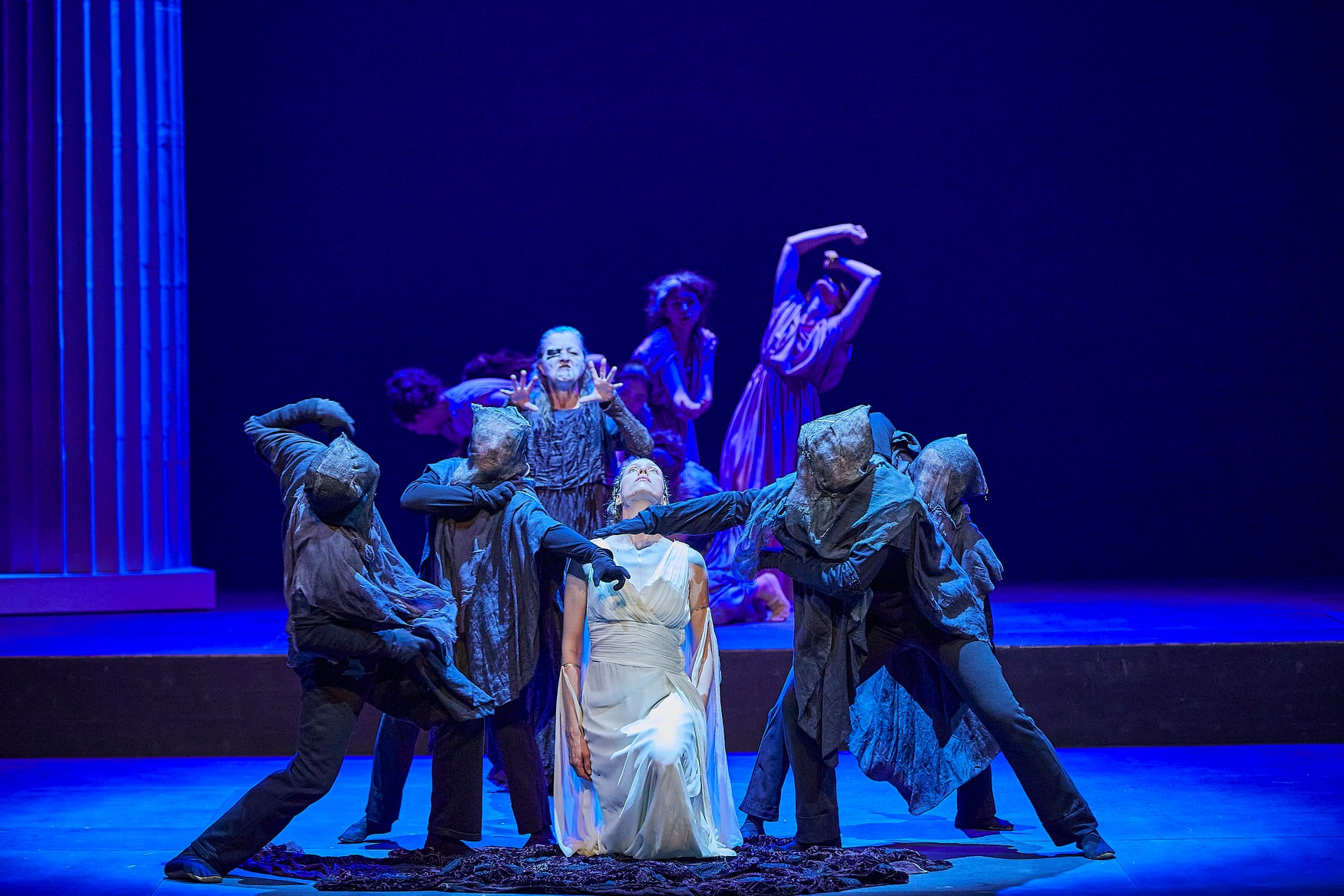 With the new staging of Faust characterized by a simple stage design with clear, minimal lines; light was consciously selected as the main tool with which to draw emphasis upon various scenic elements. Because the stage design only suggests the respective situations and locations, Suppan deftly used light to outline entities of shape and form – a technique that was greatly aided by the framing-shutter mode of his profile fixtures.

“My professional colleagues and the directors of this Faust production were totally enthusiastic about the creative possibilities provided by the Mavericks,” commented Suppan. “Not only did we have the framing shutter, gobo wheels, and frost to create myriad effects in support of numerous atmospheres, we also relied on the clean dimming behaviour in the lower range between 0-10% to give us the  classic theatrical look and feel that is often lacking with LED fixtures.”

Another key consideration within the theatre of the Goetheanum involved acoustics, given that the actors have no kind of acoustic reinforcement such as microphones or amplification when on stage. With a stage area of 12 x 12m and a distance between the first row of the audience and the stage measuring approximately 8m, it was necessary to keep background noise and fan noise from electrical equipment to a minimum. Since the Maverick is 100-percent convection cooled, Suppan was able to ensure that the focus was kept solely on the actors on stage with no auditory distractions. 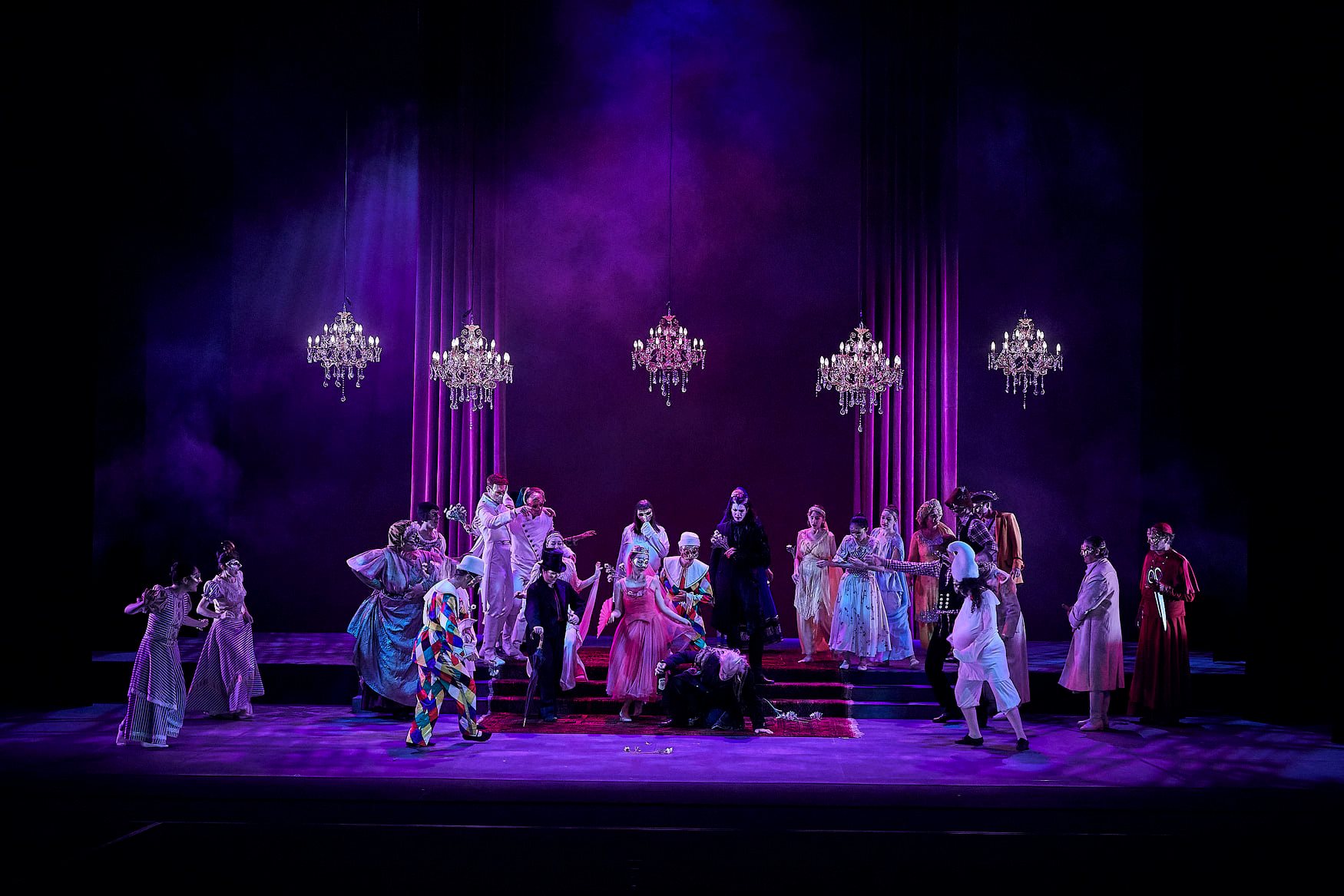 As color perception was both a well-known obsession for Goethe and a recurring scientific theme within Faust, it was particularly important for the directors of Faust to incorporate an element of colour play within the scenography. Thanks to the variable CMY + CTO color mixing system of the Maverick fixtures, Suppan was able to engender multi-layered looks where many different layers of yellow, green, blue and red were needed to enhance moments of inner scientific and spiritual conflict with Faust’s character.

“The use of colors played a big conceptual role in the play, which is why a very good TM30 value was just as important for us as the noise factor,” continued Suppan. “The stage looked rather inconspicuous in white light, but when a little coloured light was added, the scenography came to life, absorbing the colours intensely.” 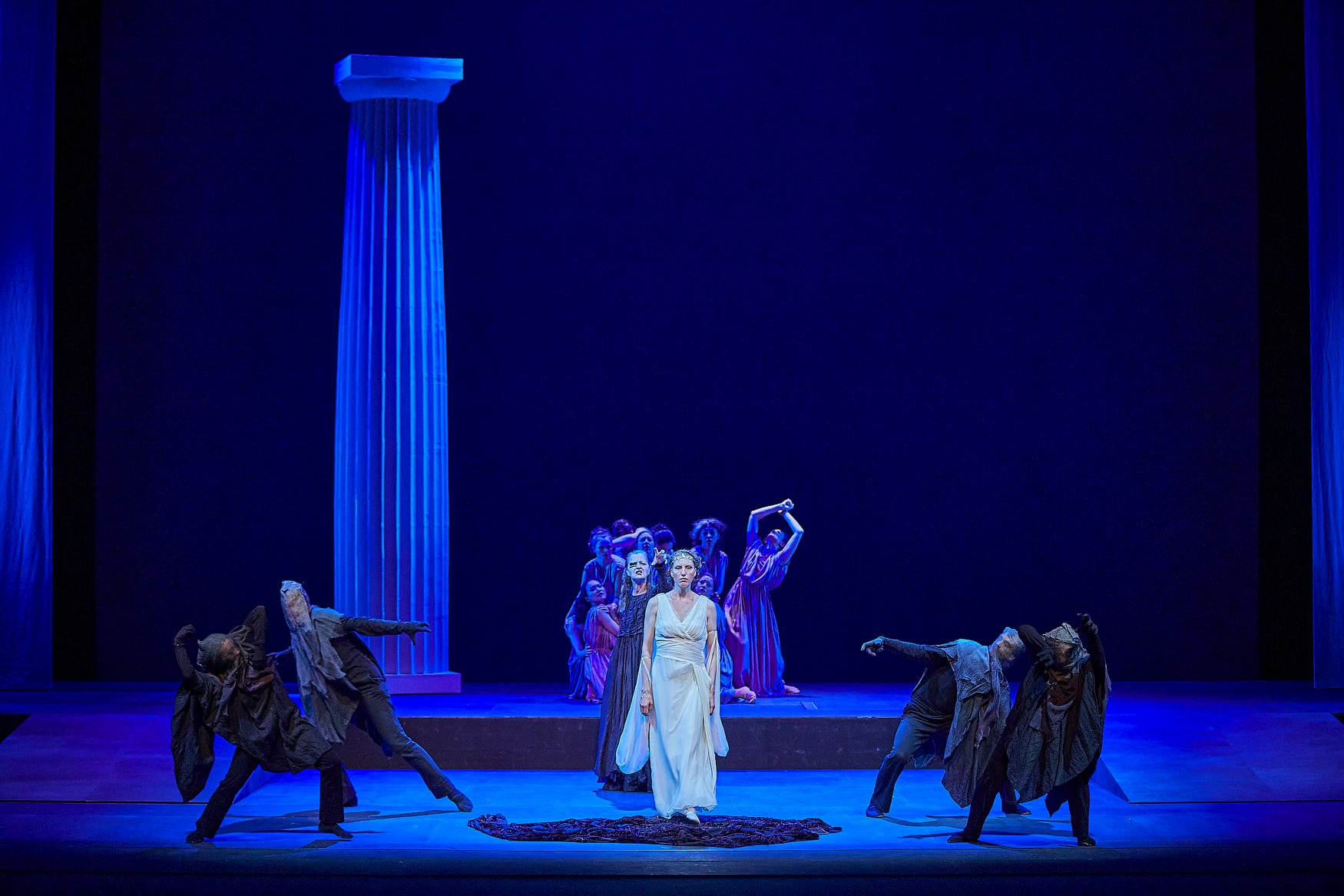 Given that all of the moving heads were positioned on above stage trussing from a height of over 10m, the intensity of the 560w Mavericks proved more than capable of creating powerful looks despite the relatively difficult staging conditions within the turn of the century theatre auditorium. What’s more, the 10:1 zoom range allowed Suppen and his team to light up large surfaces as well as create tightly focused spots, thus enhancing lighting possibilities in all aspects.

Bathing the stage in rich colors one moment, before creating subtle but moving tightly focused looks the next, Suppan’s lighting design managed to be both expansive and introspective, the perfect complement for a play that recounts a fantastical journey while delving deeply into the most profound issues of good and evil.