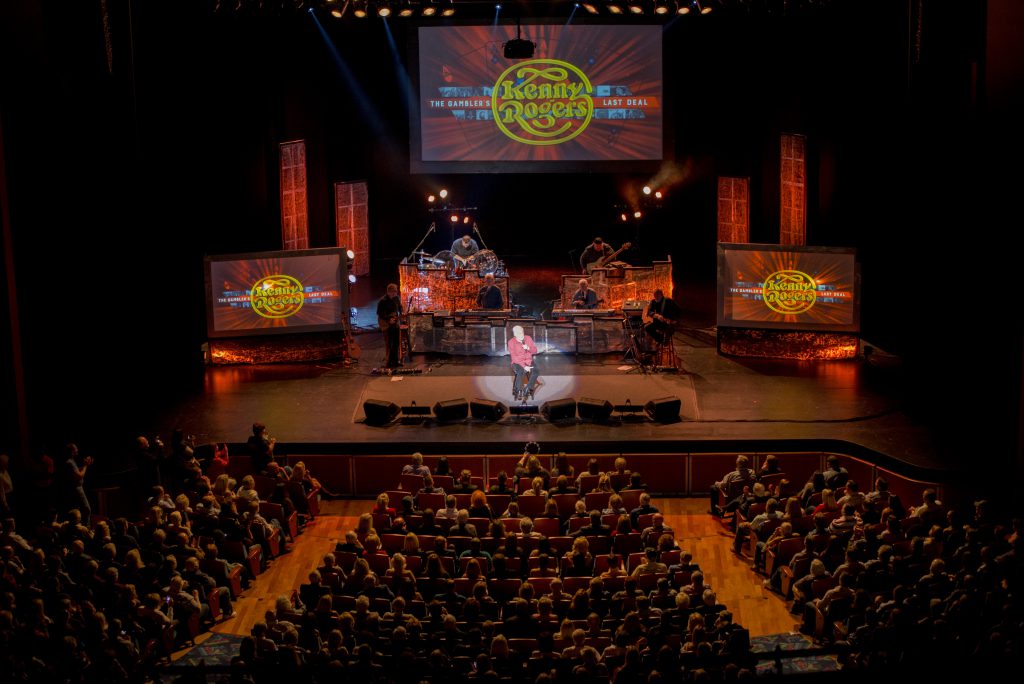 SUNRISE, FL – Back in 1991, Jeffrey Metter was board operating the band lighting console for The Grateful Dead when he got a call inviting him to Atlantic City. Country and pop superstar Kenny Rogers needed a lighting director for an upcoming concert. It was supposed to be a weekend gig, but 26 years later the South African- born lighting designer is still with the multi-platinum singer, lighting the final Kenny Rogers tour. Traveling with them as they crisscross the US is a touring package comprised entirely of CHAUVET Professional fixtures.

Made up of 14 Rogue R2 Wash and eight Rogue RH1 Hybrid fixtures, as well as an assortment of 20 COLORado par units, the rig is substantially smaller than the lighting package Metter used when he began his association with Rogers. Still, the rich warm colors and tight focus of the CHAUVET Professional fixtures is helping the designer create a deeply engaging atmosphere that connects the legendary artist to the fans who fill the tour’s mid-sized venues. 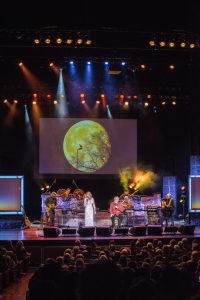 “Remember, when I started with Kenny, he was huge, with a capital H,” said Metter, who has served as Rogers’ lighting designer and director since that weekend over a quarter of a century ago. “The first rig I designed for Kenny had 196 moving fixtures. Now I rely on 22 moving Rogues. Although the two rigs are very different in size, my goal as a lighting designer is the same: to help my client tell his story and strengthen the connection to the audience. In this respect, the rig on this tour is succeeding with flying colors.”

Metter is using the Rogues and COLORados on his rig to create a contemplative, but upbeat backdrop to a musical and video retrospective on the singer’s storied career. His design has three large 20’ by 11’ front projection video walls, flanked by two 9’ by 6’ rear projection units. As the screens show images of Rogers from his days with the New Christie Minstrels and First Edition onto present, the singer tells stories and sings songs from each era. The Rogue and COLORado fixtures provide a lush evocative setting for this narrative by creating deep purple, rich amber and soft blue colorizing light.

“The tour is a very personal linear timeline of Kenny’s life and career,” said Metter. “Our goal is to support this with the lightshow. Our rig has an old-school par style look, but at the same time, we always want to have the vibrant colors and color changing of LED fixtures. We also value the speed and brightness of the Rogue RH1, especially for songs when we aired things out.” 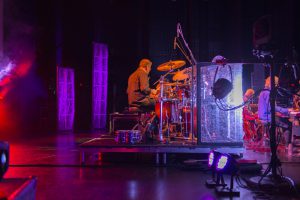 Metter selected the Rogue fixtures for his rig before Kenny Rogers’ final tour began. “When I made the decision last year to replace my washes, I did serious comparisons of available LED wash fixtures,” he said. “I liked the LED layout, beam manipulation, control, intensity output and price of the R2 Wash, hence my decision. The Rogue RH1 Hybrids were added to the system this past November.  I made the decision to add them primarily on price. The RH1’s performance is equal in brightness, speed, control and versatility to any of the much higher-priced fixtures out on today’s market.”

The standard hang for the rig on Kenny Rogers’ final tour has six of the Rogue RH1 Hybrid fixtures flown on upstage truss and two on mid-stage truss. These fixtures are used for band and set focus, general stage looks, audience lighting and spot applications.  Metter flies six of his R2 Wash fixtures on upstage truss and four on mid-stage truss. He arranges the remaining four washes on the stage deck. Most often the washes are used for stage and set washing and back washing the band.

“This arrangement has been working out well throughout the tour,” said Metter. “Having rear projection screens on stage is always a challenge when you use automated lighting in terms of focus and movement control, but the Rogues are working out brilliantly.” 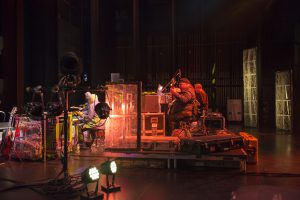 Like Kenny Rogers himself, the CHAUVET Professional fixtures in the tour rig have achieved this high level of performance over the long haul. “The COLORado fixtures have been in our rig since well before this tour,” said Metter. “I’ve had 20 of them out with me for over 300 shows, and there’s been only one fail. The Rogues have already been out with us for about 100 shows, and zero fails.  It has been totally impressive.”

During the Christmas dates on the tour, Metter also used CHAUVET DJ MotionOrbs to create a backdrop around the projection screens. “They worked fantastically for Christmas cheer using bitmapped effects as well as straight forward console programming,” he said “I hung 3  by 4 meter lengths either side of the video screen, as well as 3 by 2 meter lengths below. For a bit of depth I hung another 2 by 4 meter lengths from a mid-stage location.”

Looking at his rig for the tour, Metter reflects on his time with Kenny Rogers. “It really has been a fun ride,” he said. “I’ve enjoyed every moment of bus and tour life with my fellow crew members in both the past and present and especially our core crew, who I regard as family – people like Production Manager/FOH engineer Keith Bugos, who’s been with Kenny 46 years;   Tour Manager Gene Roy, a 36-year vet; and our audio monitor engineer Frank Farrell, who has 25 years with us. Then there’s our boss Kenny Rogers, who has been nothing but a true gentleman towards me since the day we met.” 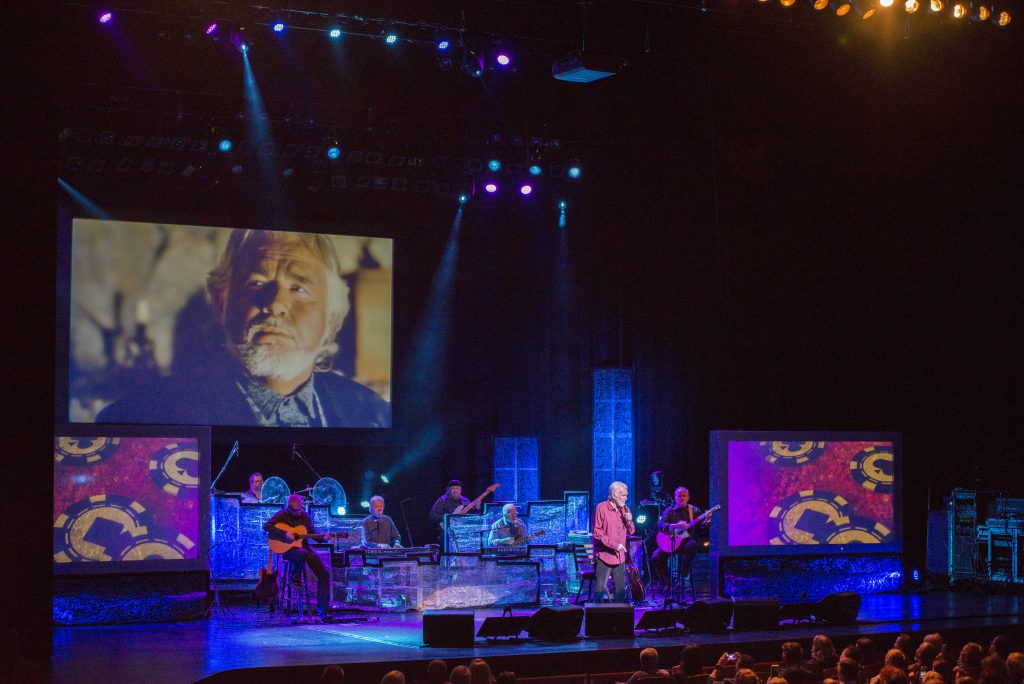 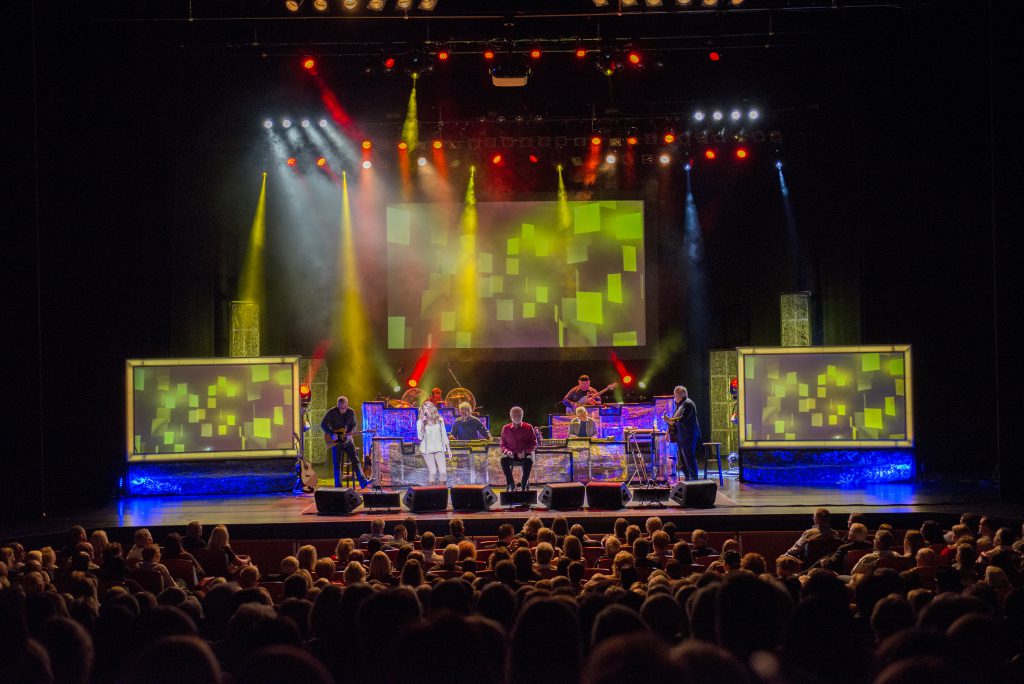 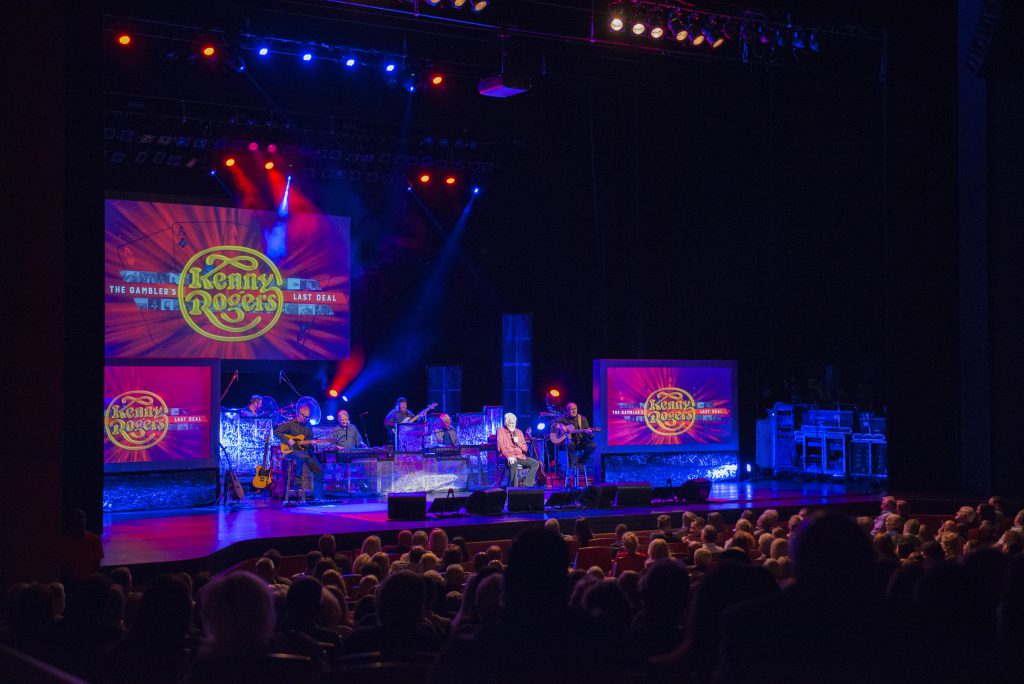 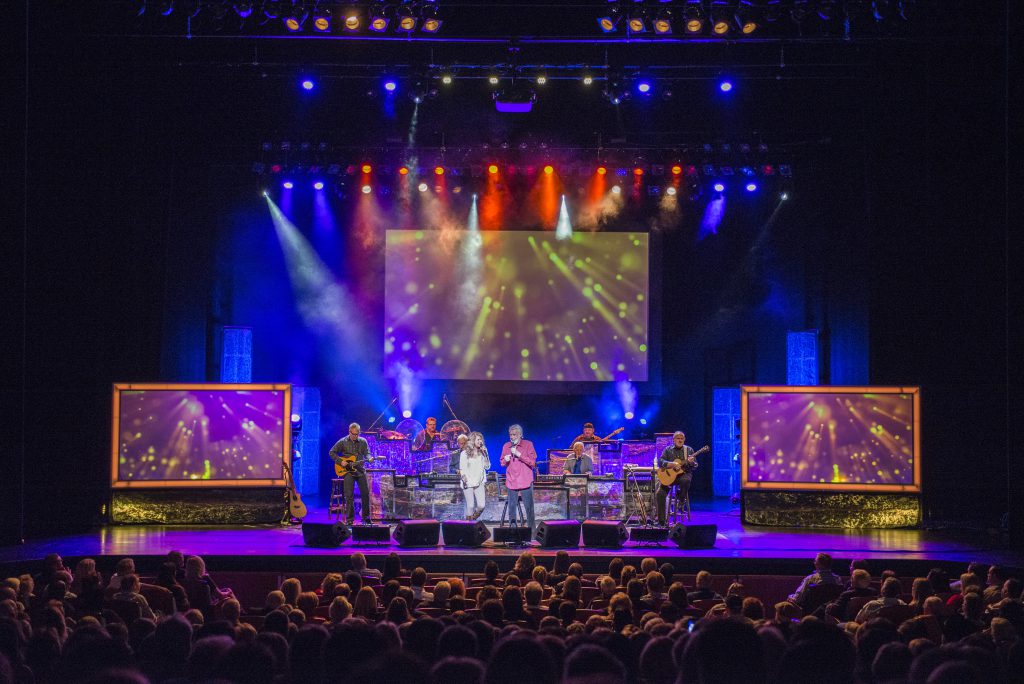 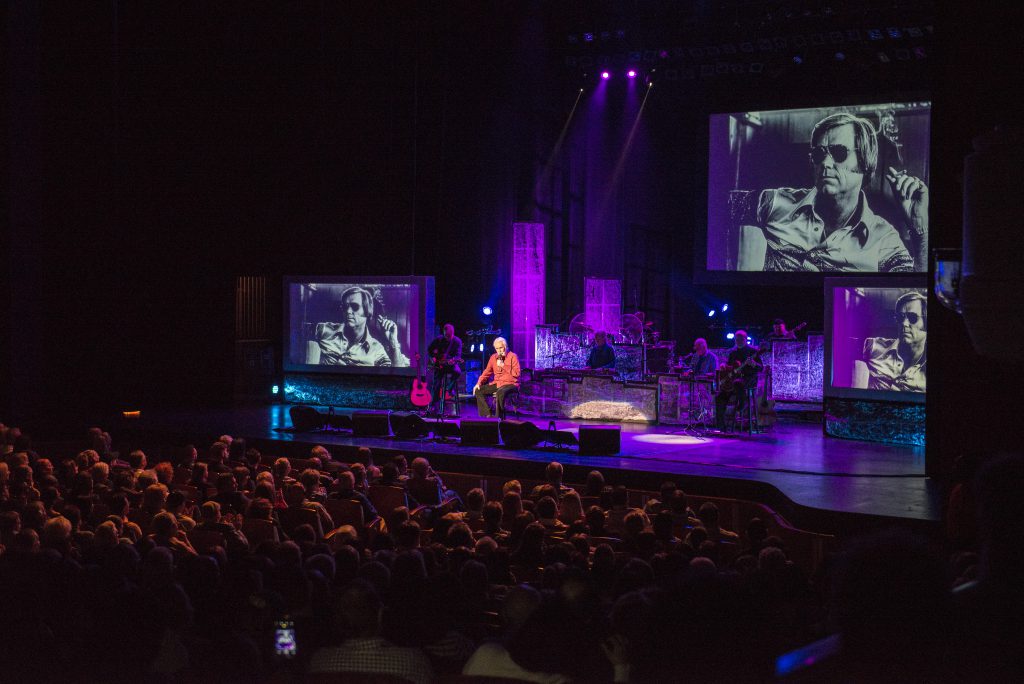 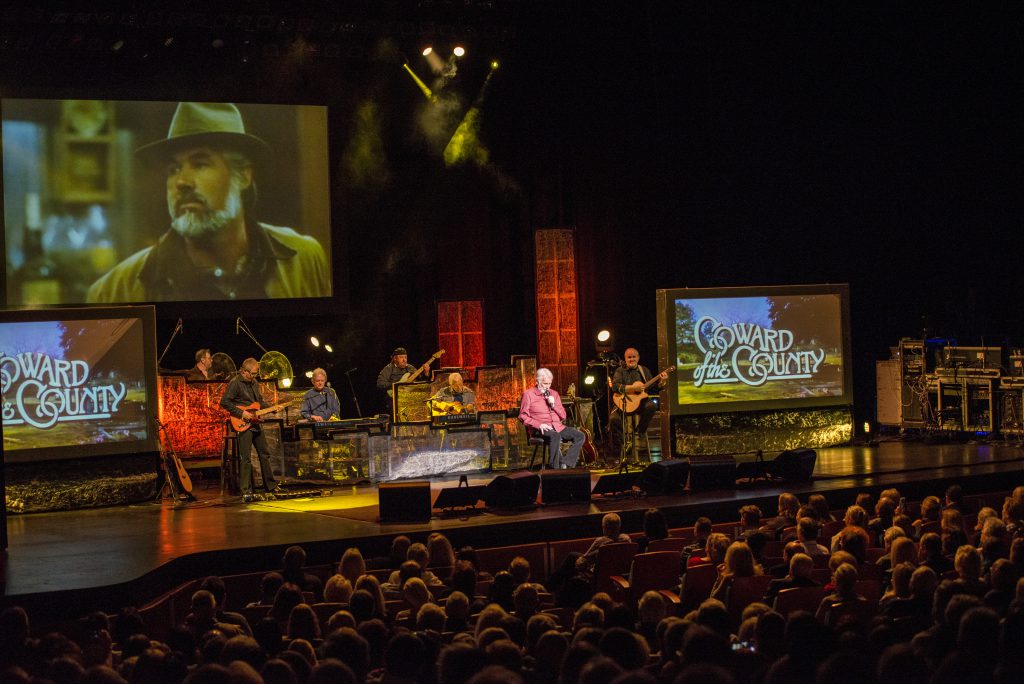 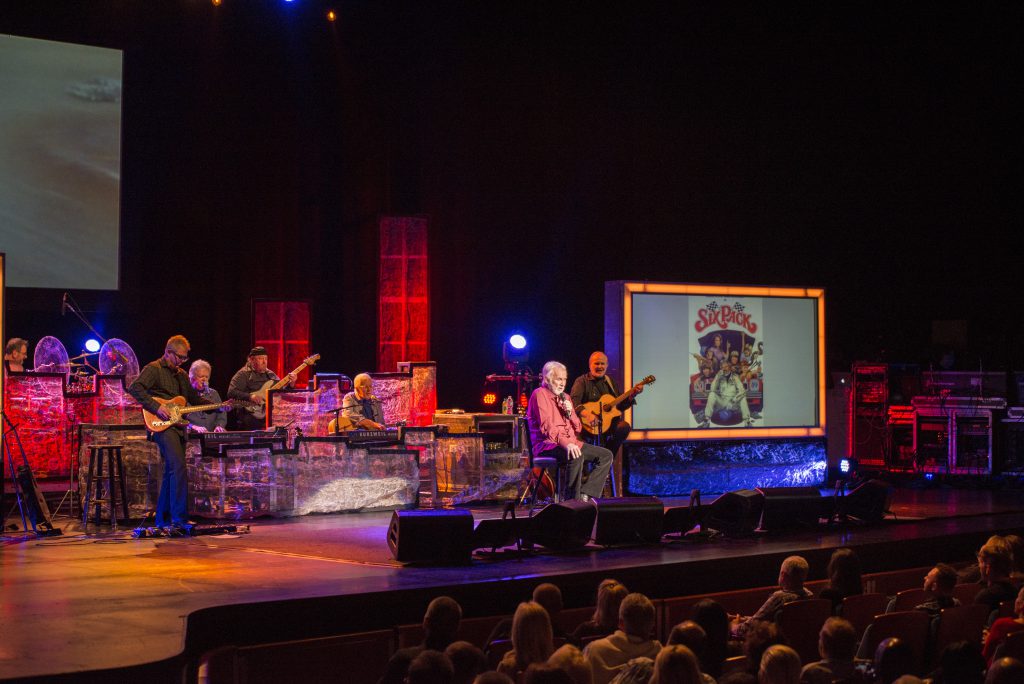 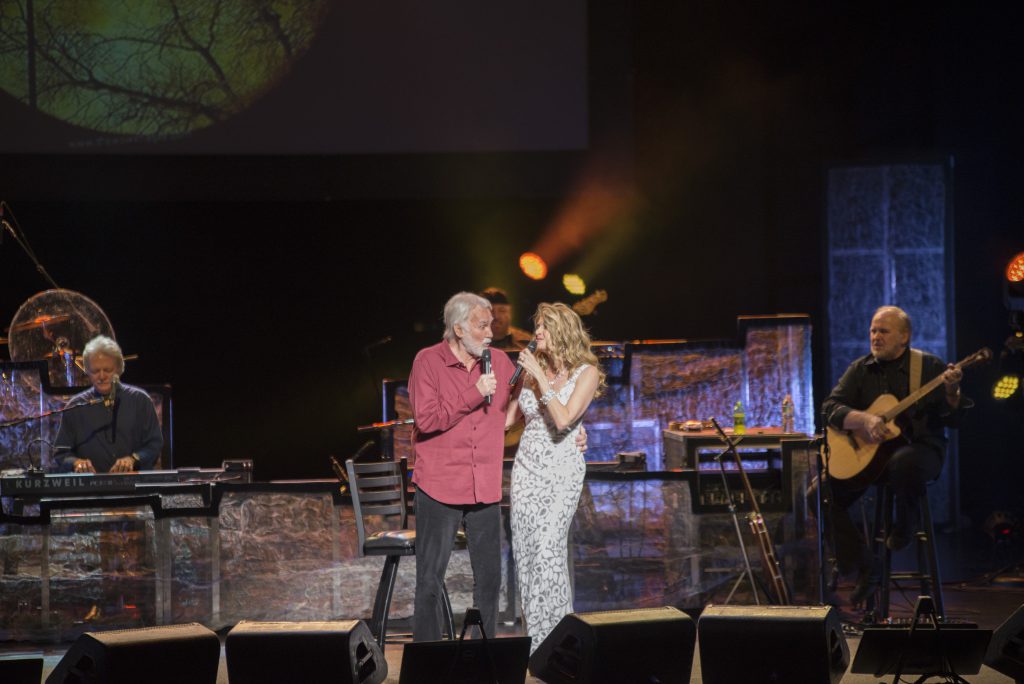