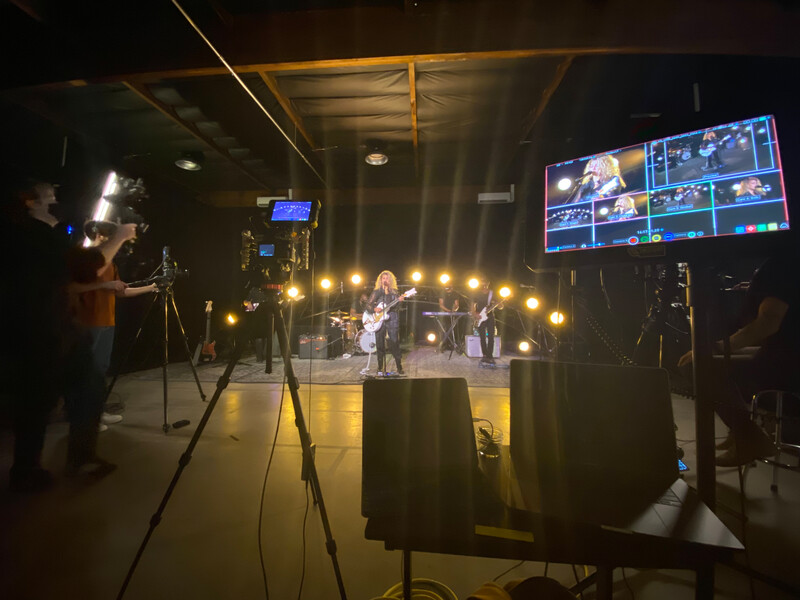 LOS ANGELES – Solitude…virtually everyone has had to deal with it at some point during the pandemic. The sense of isolation it brings can often weigh heavily on the heart. At the same time, though, it can also serve as a liberating force, freeing the human spirit from many daily concerns, so it can explore new sides of itself.

Torri Kelly chose to follow the latter path this spring and summer. Cut off from her normal routine by the lockdown, the multi-Grammy winning artist retreated to her home studio to embark on a musical journey of self-reflection and discovery. The result is her aptly named and critically acclaimed EP “Solitude.“

Flowing silkenly along the boundaries of R&B and pop, the new EP is animated by a sweet, heartfelt quality. When Kelly appeared “virtually“ on The Late Show with James Corden late this summer to support its release, lighting designer Julien Reux reflected this radiance with warm white light from 18 CHAUVET Professional STRIKE 1 fixtures supplied by PRG.

“I wanted to give off an angelic aura to the performance,” said Reux, owner of ReuxLight Design. “The warm white glow from the STRIKE fixtures was critical to conveying this mood.”

Kelly’s performance was videoed at The Beehive Studios in Los Angeles and livestreamed to Corden’s set at the CBS network facility. Arranged in a 22-foot semi-circle behind the guitar-toting star, the STRIKE 1 fixtures created a transcendent effect that translated well on camera.

“I was careful to make sure that the lighting did not overpower what the cameras were trying to capture,” said Reux. “It was important to maintain a balance of what I wanted to achieve in the design while keeping in mind the needs of the video crew. Vinnie Ferra directed the whole shoot with a stellar camera team of Michael Newman, Alexander Federic, and Alex Hall. It was all videoed with Sony A7S bodies to capture the magic.”

Combined with the warm embrace of Tori Kelly’s music, the STRIKE 1s did indeed evoke redolent images. From some camera angles, only one of the fixtures was visible in the frame, hung like a warm white moon over a romantic setting. At other times, the intensity levels of selected STRIKE 1 units changed ever so subtly in sequence with the music, glittering like celestial bodies in support of an enchanting voice.

“Creatively, this was a rewarding project to be involved in,” said Reux. “I’m grateful to Wesley Switzer for recommending me to Tori’s team.”

Although the broadcast project required him to look at things in different ways, Reux was eager to navigate a path through this project, noting that, “it’s always good to take on new challenges, especially during these times.” Tori Kelly herself would very likely agree.