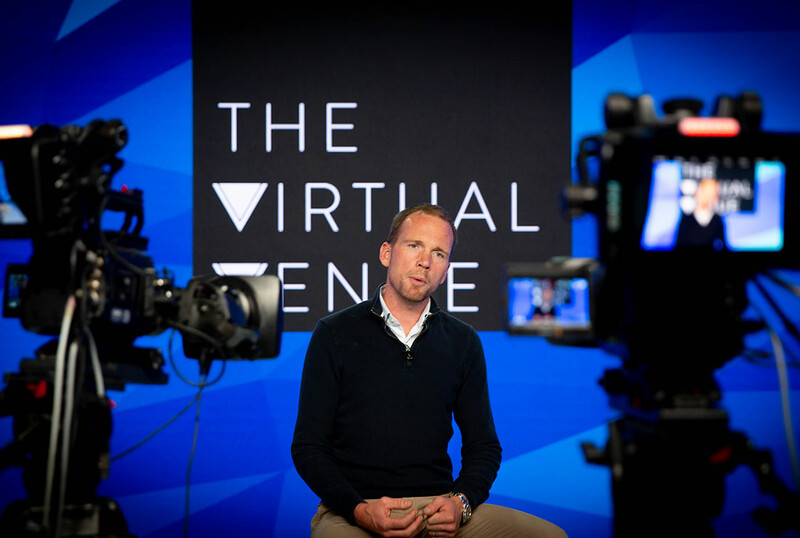 Animal Spirits, the words instantly conjure up images of unbridled vigor, precisely what economist John Maynard Keynes had in mind a century ago when he coined the phrase, to describe how opportunity is seized from the crucible of a crisis. The owner of Bristol, UK- based Pytch (formerly SXS Events) understands this animating force very well. It is what drove him not only to rename, but also reinvent his business in the midst of a pandemic.

Prior to COVID-19, Palmer had built his company into a leader in its field, responsible for lighting over 10,000 events since its founding in 2002. To him, the lockdown that brought a sudden halt to his bread and butter business wasn’t a cause for panic, as much as a call to action.

In nature, he told us, animals who survive “aren’t the largest or the fastest, but the most adaptable.” Summoning his own animal spirts, Palmer moved ahead with a plan: if people couldn’t go to events, he would bring events to people, creating a large and well-equipped “Virtual Venue” in one of his warehouse facilities. 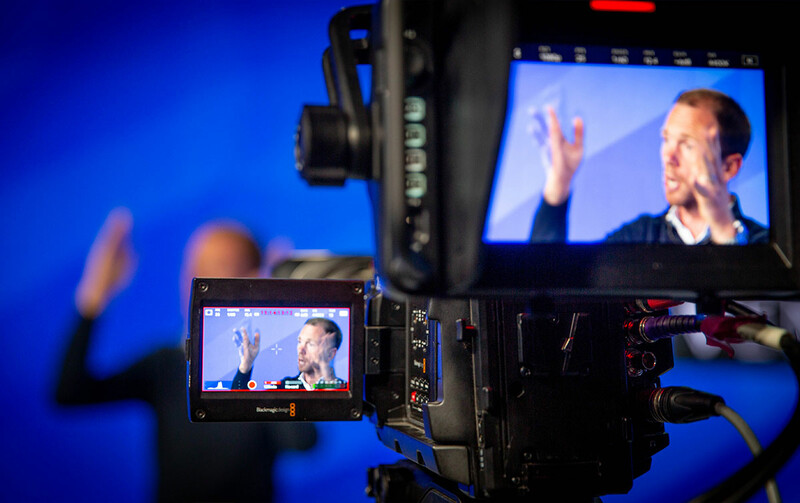 Palmer hasn’t looked back since. On the contrary, he’s opened additional studio space and put out a call for added team members. Outfitting his facility with a curved video wall, creating his own livestream management platform, and installing an enterprise grade, fiber optic internet connection for smoother more reliable streaming, he has turned his business into a livestreaming engine.

Palmer spoke to us to share his insights into the seismic events that have reshaped his business, and explained why he believes neither it, nor the event industry itself, will ever be the same.

SXS Events was a well-known name in the industry, why did you change it to Pytch?
“So, say ‘SXS’ fast three times. See what I mean? It’s really a hard name to say. Plus, Pytch means more in terms of relating to events. This was a change I wanted to make from a marketing standpoint. In February, it was really clear to me that we were headed into an apocalyptic crisis — and crises are very opportune times to make changes.” 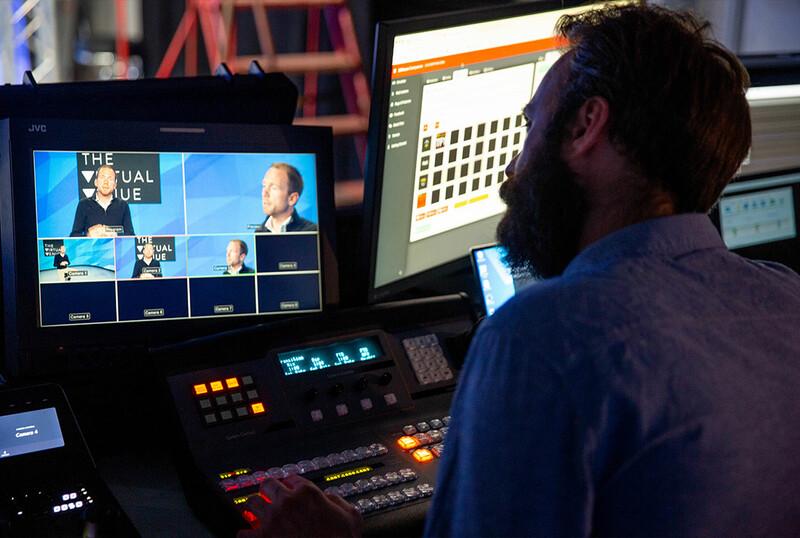 From the very earliest days of the pandemic, you began diversifying into other services like Intelligo and the Virtual Venue. Were you ever tempted to sit the pandemic out?
“No, sitting this period out would be madness, really. It would be like a wild animal seeing a weather change and doing nothing. In nature it is not the strongest, or the smartest, or the quickest who survive, it’s the most adaptive. I embrace the new opportunities that a crisis like this pandemic creates.

“Also, as a relatively young company, beating our more established competitors is hard under normal circumstances, though we’ve certainly done well enough. Nevertheless, it’s always a challenge. So, when this happened I said now is my moment!’ This led to the launch of the Virtual Venue for livestreaming. If we sat back and chilled we would have lost clients just as others who opted to sit back have done. That wasn’t for us.”

Still, wasn’t it a bit of a gamble to start a new venture at that time?
“I didn’t see it as such. As a business person, I always want to have different options — Plan A, B, C, and D! If the lockdown was short lived, fine. We’d go back to Plan D and do live events, same as before — everything is good. But if this thing dragged on, as I was quite sure it would, we had a plan to continue our business.” 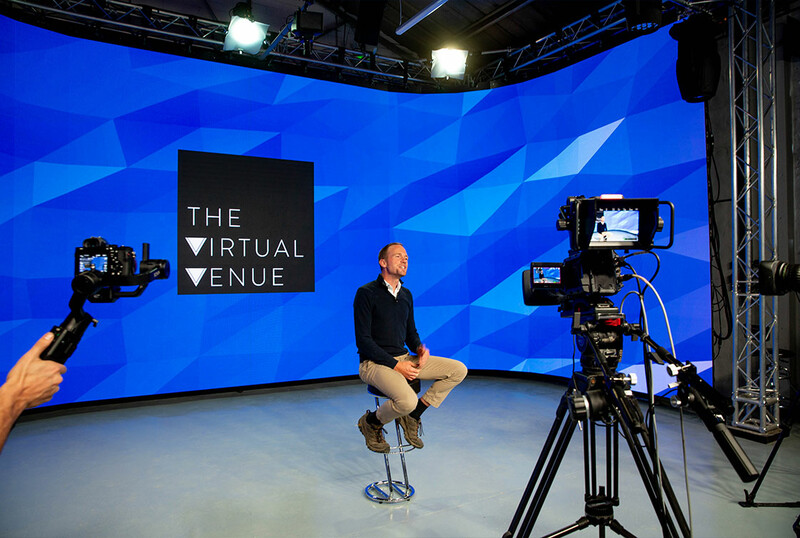 Were there any moments during this period when you wondered if these efforts were ever going to pay off?
“No, because we have clients who want to remain engaged with their customers. However, I didn’t fully realize there would be such a broad interest in this kind of thing, which is great.”

A livestream set, especially a virtual one, is a different kind of environment than most people are accustomed to. So how do you get talent to act naturally?
“That is a really good question. It is 100-percent an important issue that anyone doing livestreams has to address. When experienced presenters are on stage in a live setting, they can look around the room and get a lot of feedback, which often involves even subtle cues. This does influence the way they perform.

But put yourself in a room with just a camera, and it’s a different story. It can be hard. When we coach our presenters, we tell them you have to train yourself to think there’s a thousand people watching. You have to think about the people watching, identify with them and make them comfortable. On the other hand, you can’t get too comfortable because there is no live audience. When this happens, you become boring. So, it’s a balance of being comfortable and staying sharp.” 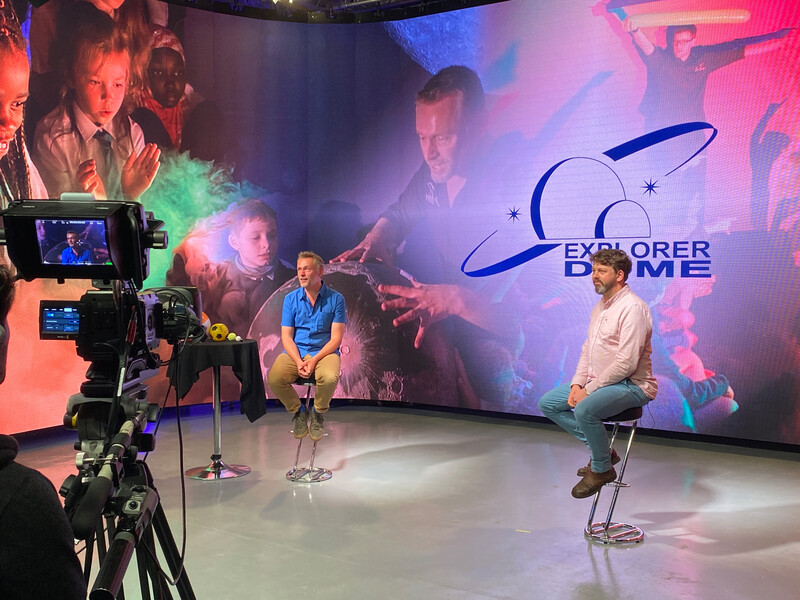 What is the most important thing you need to keep in mind when producing a livestream?
“Internet connection! Without that you got nothing. It’s like the roof on a venue. You may think the internet connection you have at home will work well for livestreams, but it won’t. When you’re at home most things are buffered or the bandwidth is compressed right down. That works fine, even in a Zoom call, but as soon as you have 10 streams coming in and three or four streams going out to different platforms, the Internet connection that you thought was amazing suddenly isn’t. Everything else in a livestream studio is secondary to the internet connection. You can have a pretty dodgy camera and get away with it, but with a bad internet connection it’s game over. This is why we invested heavily in an enterprise grade uncontested bidirectional fiber line with multiple V lines and limited bandwidth for each one.”

Do you have a preferred platform for livestreams?
“Yes, the one we developed — Intelligo. Our team has built it as a dedicated event platform. It features an event stage section, video break out room agendas, message speakers and delegates, room-chat, and direct message capabilities. We designed it so if you’re sitting at home in your office, you can still have maximum engagement with your audience.”

Your transition to the Virtual Venue called for an expanded skill set. Did you have to hire new people, learn new skills yourself?
“Not really, people focus far too much on recruiting employees with what they call ‘experience,’ rather than retraining the staff they have. So, at the start of lockdown we trained like mad. You could train while under furlough in the UK, which was great. As a result, we went from being very good event techs to very good broadcast techs.” 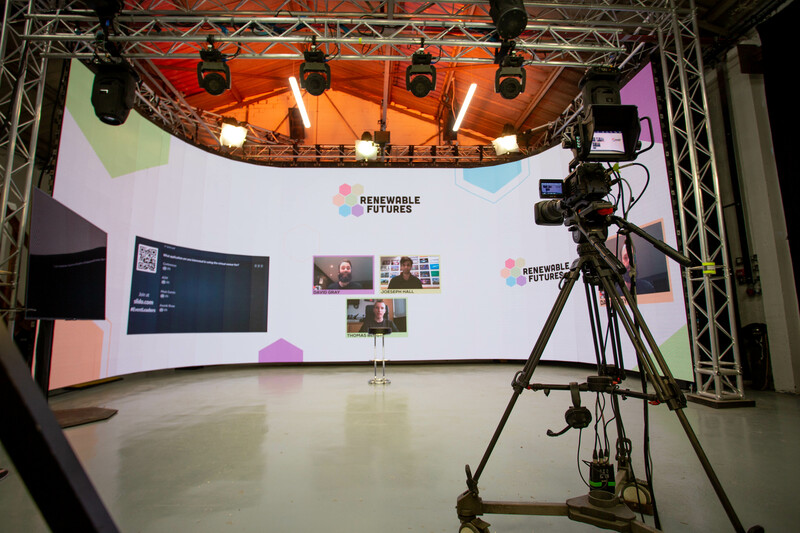 You and your team have been at this for well eight months now. What lessons have you learned during this time? Are there any mistakes that stand out as being most instructive?
“There are no such things as mistakes, only lessons. They’re only mistakes if you do them more than once. But to your point — for sure, there are plenty of things we’ve learned – like that using normal commercial grade internet is not good enough for virtual events. We also learned that our normal event equipment was far noisier than we realized. At live events, you don’t notice fans, but in a broadcast/streaming studio, oh yes they are noisy indeed. So, we figured out how to reposition gear to account for this.”

The quality of your production work is truly impressive in its realism. Do you aim to get as close to reality as possible when creating these productions, or do you see this more as an attempt to reflect reality in a way that fits the livestream format?
“Thank you very much! We aim to get as close to reality as possible, but it’s more about reflecting the reason why the livestream is happening in the first place than anything else. What we have to convey is a sense of why the client is doing what they’re doing. What is the core motivation of a project? Is it networking at an awards show? Is it a content driven event that’s more like a lecture? Both will call for something different from us. We have to look at the why and build from there.”

So, how would you say the various livestreams you’re doing now differ from the live events you did prior to the lockdown?
“We used to do live events, and now we’re doing virtual events — sort of. That’s how the industry sees it, but I don’t look at it that way. What I see is that we are now combining the best of live events and live TV into a new medium. When you attempt to take a live event and just transport it into a livestream format, you are going to produce very boring content. What you have to do is make your production feel like it’s a live occasion and live TV at the same time. This is something akin to what you see in programs like the Grammy Awards or Eurovision.” 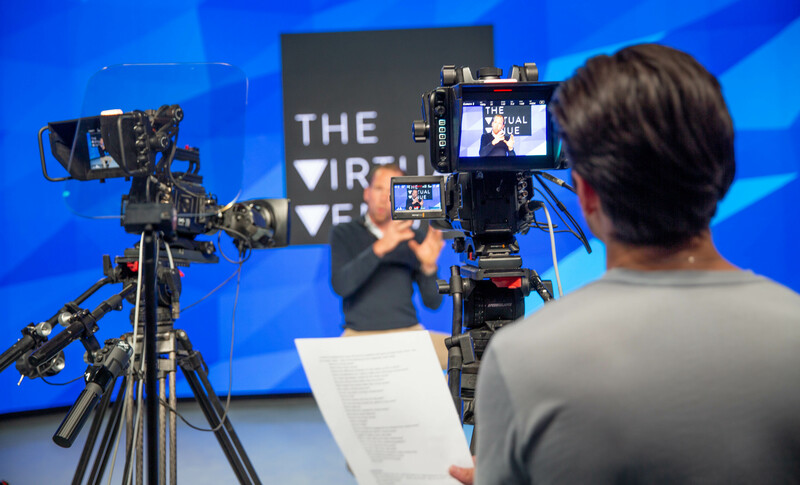 How does this impact the way you light these productions? How do they compare to lighting a live event?
“You need to think about back lighting a lot more with a livestream. Actually, lighting in general becomes more critical. If it’s just live events we’re talking about, then, fundamentally our job is to make sure presenters are seen. There are of course, many other concerns, but that’s the core mission. But when a camera is involved this is not good enough. Of course, if you’re lighting live today you should be lighting for the camera anyway, since everything is recorded.”

Earlier, we talked about the broad appeal of your new Virtual Venue. You’ve done a wide range of livestreams over this period from corporate events, to musical performances, to planetarium shows. Why do you think there is such across the board interest?
“When you look at consumer behavior, you see that we are all becoming accustomed to interacting with the world virtually. How many times do you go to the theatre, versus watching a show on Netflix? In many ways with rooms like the Virtual Venue, the event industry is catching up to the world that consumers are living in. Last year we were telling people ‘you have to hop on a plane to Spain to attend a conference.’ But why? This isn’t the 1970s. Do I really have to go all the way to Spain to be a part of this thing? So really, our industry is adapting to a change that has already taken place.”

You did over 10,000 live events as SXS. When do you think live events will return? When they do will you still be doing livestreams and virtual productions?
“In the past events were binary you were either at the event or you weren’t. Now under lockdown, we’re at a different extreme, one in which anyone can be involved in an event remotely to the degree they want to. In the future events will be hybrid. There will be people who want to go and people who want virtual engagement where they interact with the people at the event, but are not there in person. Then, there will another group that wants to see the event via video on command. Every live pitch I do in the future will have a virtual component. I don’t think many things will be strictly live going forward. The industry has changed and I don’t see it going back.”