STOCKHOLM – After being idle because of the pandemic, Swedish metal stars Avatar were eager to return to touring with a bold, new look. The band’s long-time lighting designer Jimmy Olausson obliged by introducing an element of constructive chaos that reflected their fearlessly bold sound.  Aiding him in this undertaking on their North American tour was a rig that featured a collection of CHAUVET Professional ÉPIX Strip, Rogue, and COLORado fixtures owned by the band.

In a bid to challenge traditional audience expectations, Olausson and the band designed the show to be expansive, unleashing more and more lights and video content as the show unfolds. Key to this gradual build-up is the introduction of Olausson’s custom visual content, which are played via Resolume over 96 ÉPIX Strips, 48 of the units positioned upstage, while the remaining 48 equally divided between stage left and stage right.

“I wanted this design to look a bit chaotic — a quote from Albert Einstein I have had in mind is: ‘Order is for idiots, genius can handle chaos,’” commented Olausson, who created custom cabling for the tour with Dillion Roblier. “The sheer versatility of the ÉPIX strip allows me to create the appearance of movement and direction through light.” 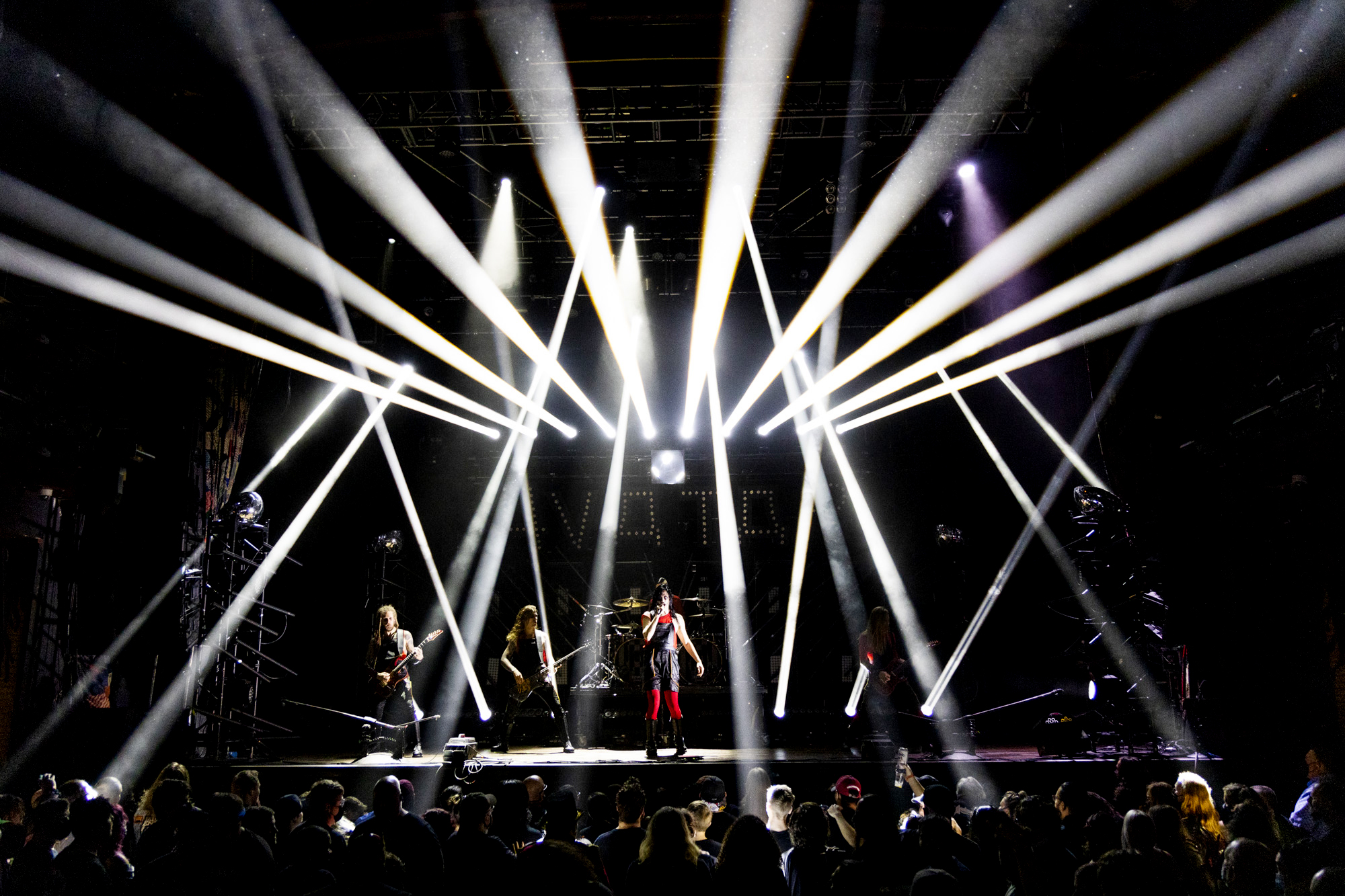 Outfitting the strips with custom filters created by Atomic Design, Olausson used them to conjure up a variety of engaging looks that conveyed a sense of expectation while endowing the stage with texture and depth.  “When I use the ÉPIX Strips in full pixel mode with the time coding, I can focus entirely on levels and dynamics throughout the show,” he said. “This helps me keep a level of aesthetic consistency for the audience.”

While the start of the show begins with an air of mystery and drama, Olausson incorporates the 16 Rogue R2 Beams to punctuate the set with slicing rays of light. Positioning 10 R2 Beams on two 10-foot truss structures behind the band and six beams in a row on the floor next to the drum riser, Olausson exploits the powerful throw and vivid hues of the fixtures to create a counterpoint to the visuals played through the ÉPIX Strips.

“I use the R2 Beams to create immersive scenes in the set and also to visualize sounds, especially during the songs ’Secret Door’ or “Wormhole,” where the rhythmic, driving atmosphere effect really comes into play,” continued Olausson. “Toward the end of the set, I incorporate the various functions of the Beams more frequently into the songs. This enables me to place the band within the scene of visual content created by the ÉPIX strips, thus tying everything together in one visual package.” 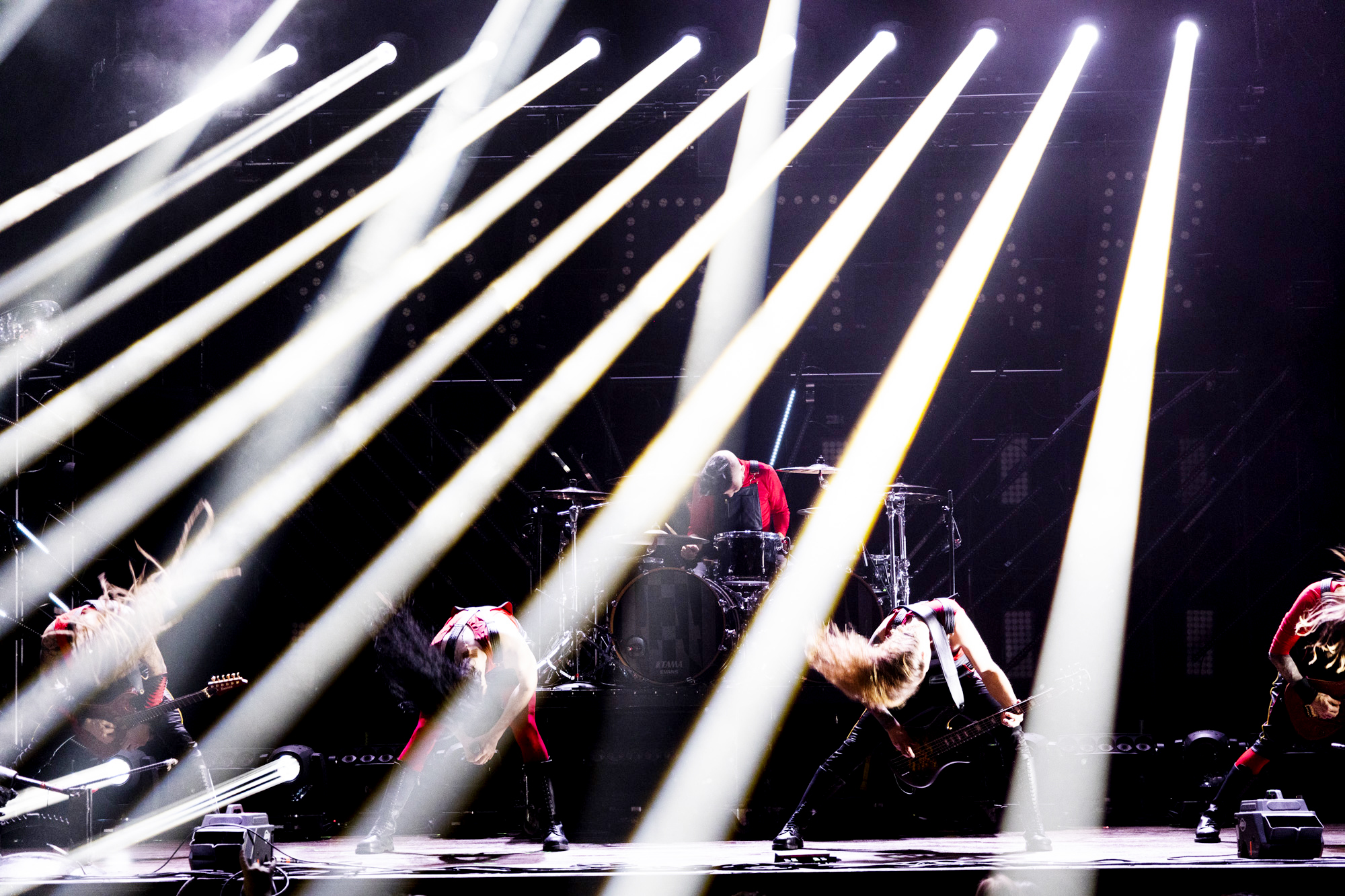 With pre-production talks between Olausson and Avatar reinforcing the band’s desire to go the more alternative way of opening the show, it was decided that colored wash effects were to be used sparing, yet effectively. Adding an element of color to the performance when required, Olausson specified 12 R2 Washes for use as side lighting, creating an immersive colorful effect during key moments within the set, rising to a crescendo during ”Going hunting”, ”Wormhole”, ”Silence In The Age Of Apes” and ”Child”.

“I truly think that the color mixing of all Chauvet fixtures is not only accurate but also as vivid as you would see in the old theatrical fixtures,” continued Olausson. “The R2 Washes are mainly used to light up the band, but they also succeed in creating more depth on the stage.”

Completing Olausson’s visual concept are a number of vertical effects to create, in the designer’s words, “a good ol’ wall of light.” To achieve this, the 48 individual LEDs of the 12 COLORado Q40 Panels in his rig, which are mounted on a total of six vertical trussing towers behind the drummer play a central role in the concept. Here, the pixels are individually programmed by Olausson to help create the experience that the show is gradually unfolding over time. 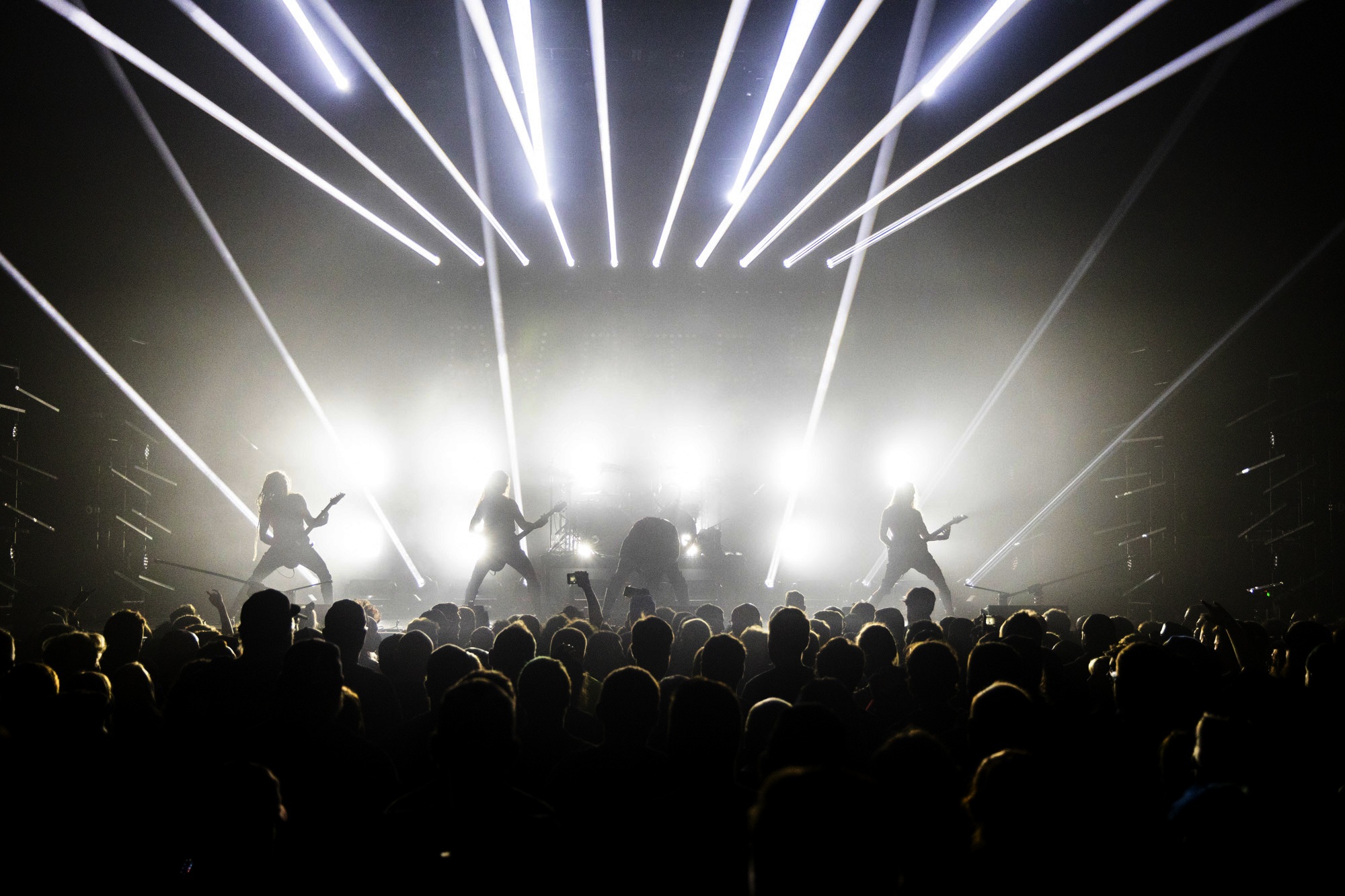 “Thanks to the ability to create vertical depth and pixelated beams of light, the COLORado Q40 panels are central tools in the creation of an expansive visual aesthetic, which is exactly how I intended for my lighting concept to be received,” commented Olausson. “I also use the Q40s within Resolume to output the colors on my video content for a few songs, which makes the ÉPIX strips and the COLORado Q40s appear totally harmonious.”

With the shows having been a success in the States, the tour will travel to Europe next year. With the huge variations in the size, shape, and capacity of the planned venues, it is vital for Olausson and the band that his design could offer maximum flexibility and scalability depending on the venue.

“The challenging part of the tour is to give the audience and band members the show they are expecting to see,” commented Olausson. “Thanks to the auto address function in the EPIX Drives that we are using, we can easily scale down or scale up the production depending accordingly. Not only does this save us a ton of time, but we’re also guaranteed that definitive Avatar experience every night.”