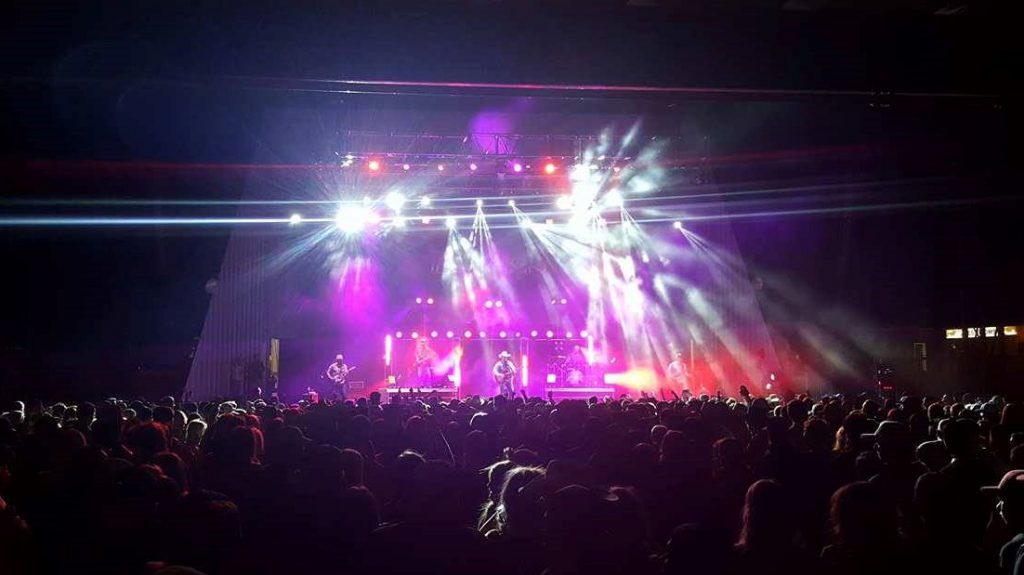 LUBBOCK, TX – Country music revolves around storytelling, so it isn’t surprising that many of the genre’s stars have unique backstories behind the starts of their careers. Take Cody Johnson. At 18, the future singer was a corrections officer at the Texas State Penitentiary in Huntsville, when he left the prison at the urging of his warden to pursue his musical dreams.

The warden reassured the teenage guard that he could always come back to the prison if his country career didn’t pan out. That wasn’t necessary. Taking his life experience at the prison and at the local rodeo (he was a real bull rider), Johnson forged a gritty, genuine style that has catapulted him to the top of the Billboard Country and Album charts. This downhome authenticity was on full display recently, when he performed at Lubbock’s Lone Star Amphitheater.  Serving up some colorful and engaging looks for his show was a Jimmy Davidson-designed lightshow that featured a collection of CHAUVET Professional fixtures. 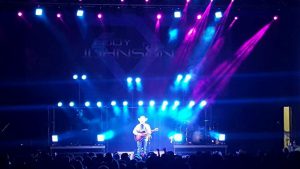 A versatile singer who easily moves from his normal smoky baritone to clear tenor on occasion, Johnson covers a variety of emotions and styles in his performance, from the Texas swing sound of his No. 2 Billboard Country hit “Gotta Be Me,” to ballads, dance hall tunes and even hymns. The lightshow for his Lubbock show kept pace with every musical twist, covering the stage in changing colors, turning up the intensity with strobing from the STRIKE 4s, and creating generous portions of eye candy, courtesy of the Next NXT-1 fixtures, which were positioned throughout the rig to add to its versatility.

“I flew six of the Next NXT-1s on my upstage truss and four on my mid-stage truss,” said Davidson. “The other four were put on risers to the left and right of center stage, two on each riser. Spreading the NXT-1s out greatly expanded my versatility. I could use the ones flown on truss for down lighting or audience lighting. The ones on the risers gave me eye candy or backlighting for Cody. 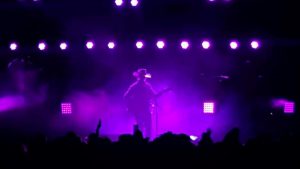 “Overall, the rig presented a lot of creative opportunities,” continued Davidson. “We could turn the intensity up high for some tunes, then bring it down for others. Throughout most of the show we put light on the crowd to connect them to Cody and the band.”

The latter point was particularly important, said Davidson, given the spacious dimensions of the outdoor theatre pavilion. Filling the venue’s space with light was essential to warming up the atmosphere.  The intense output of the STRIKE 4 units (999 lux at 5 meters) was critical in helping Davidson achieve this goal.

“I liked to create very rich color washes for this concert, because it conveys the emotion of the performance,” said Davidson. “Cody is the real deal in Texas country artists. His genuineness is something that people here relate to, and I wanted the lighting to reflect that relationship.”