BIRMINGHAM, AL – It was quite a run for the Brummies in 2019. Since making a splash a year earlier with their breakout LP Eternal Reach, which featured a contribution by multi-Grammy winner Kacey Musgraves, the indie folk trio has maintained a global touring schedule appearing at festivals from Electric Picnic to Bonarro. The rapidly rising band capped of the year with a homecoming of sorts, returning to their native Birmingham, Alabama to perform a NYE show at the city’s iconic Saturn live music venue. 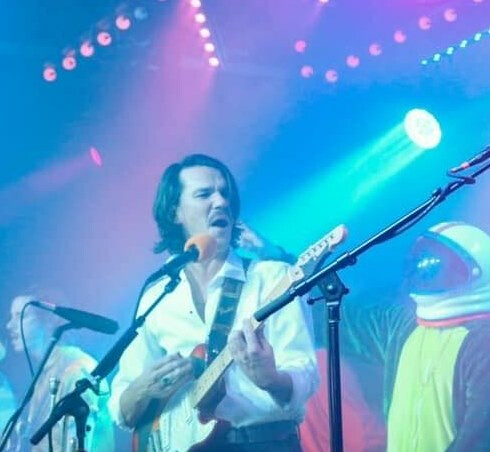 Their relentless touring schedule didn’t take anything away from the band’s infectious energy level. Bringing unbridled enthusiasm to the stage, as they played familiar hits and songs from their upcoming LP, they were joined by dancers in mascot-like costumes and surrounded by festoons, fog, balloons, confetti and an assortment of glittering props as they revved up the crowd with their lively blend of upbeat pop tinged with classic rock and a touch of country.

Contributing to the good time atmosphere was a Jessica Sanders designed lightshow that featured a whirlwind of colors along with some intense audience lighting, all provided by a house rig anchored by CHAUVET Professional Rogue, COLORado, and STRIKE fixtures.

Positioned overhead on ceiling mounted truss structures, the rig gave Sanders the opportunity to create dome-like color panoramas over the stage. “It was a really good arrangement that let me come up with some unique downlighting specials and saturated looks,” said Sanders. “I got to create some color combinations that I never worked with before. The idea was to create a backyard party atmosphere, since this is the band’s hometown, and there was this great sense of familiarity in the crowd.”

Sanders had six Rogue R2 Spot fixtures spread evenly across the overhead truss, and four Rogue R2 Wash oriented more toward the center. She used the spot fixtures to highlight individual band members, while relying on the washes to reflect the festive mood with bold colors.

The five COLORado Batten 72 and eight COLORado 1-Quad Zoom Tour fixtures in the house rig also played key roles in colorizing the stage. “I really like the way the Zoom Tours worked as key lights,” she said. “They were bright enough to show up fine, even with all that was happening on the stage. They also did a great job back lighting the band to provide some continuity.” 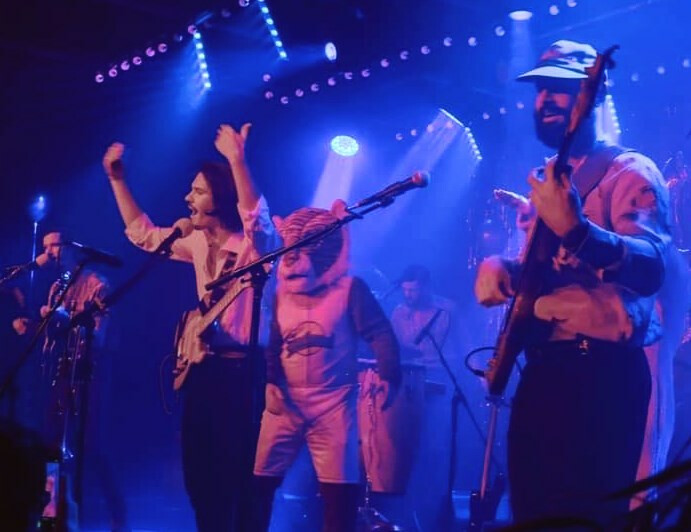 To accent special moments, Sanders relied on audience lighting created with the two STRIKE 882 units in the house rig. “Throughout the evening we did a lot of audience lighting, not just with the STRIKE fixtures, but with the Rogue Spots and other lights too,” she said.

Audience lighting was a key part of the show, notes Sanders, “because the band and audience really wanted to see each other.” That’s only natural, since this NYE show was also a homecoming.