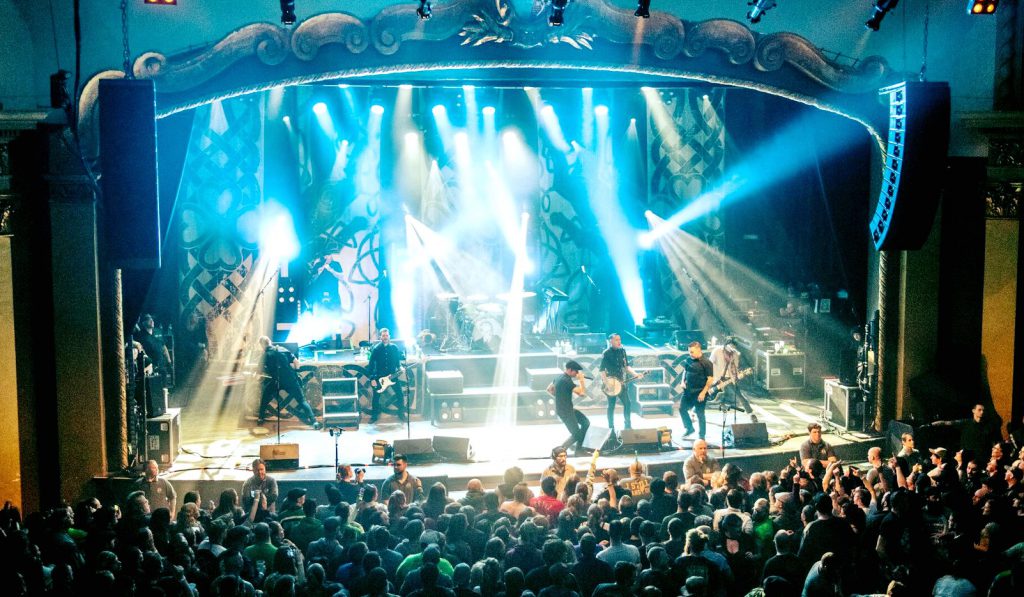 BOSTON – Ever since Dropkick Murphys burst on the music scene in the late ’90s, bold, colorful backdrops have been almost as much a part of their show as their fiercely intense boisterous music. Big and unambiguous, the banners put a visual exclamation point on the Celtic punkers’ intrepidly brash brand of music.

This year, the band added a new twist to their stage presence by having five separate sections of drops that were revealed in stages. Accenting the unveiling of each section, while also furnishing an endless stream of bright and colorful looks to support the band’s thunderous performance, was a Jeff Maker lighting design that featured 17 CHAUVET Professional Rogue R2 Wash fixtures, supplied by JRLX, Inc.

“Things were a bit different this year compared to Dropkick Murphys’ other tours when it came to their drop setup,” said Maker. “They went with five separate sections of drops, each of which had a Velcro reveal in front of it. We would reveal the drop during a blackout at mid-set. The Rogues provided perfect uplighting and color saturation for the drops as they were revealed. We positioned them so their lights hit the drops’ artwork in a way that reflected light and color very nicely.”

Maker arranged five of his Rogue R2 Wash units on the upstage deck, using them to uplight the different backdrops. An additional four Rogue fixtures, two on either side of the stage, were placed downstage on pipe and base for key side light. For stage washing, specials and aerial washes, Maker positioned eight Rogue R2 Wash fixtures on four 10’ vertical towers stationed over the band’s riser setup position midstage.

Drawing on the color rendering capabilities of the RGBW movers, Maker set different moods on the stage by bathing it in a variety of hues, while maintaining a high level of brightness to reflect the energy of the music. He also used the Rogue R2 Wash fixtures to highlight individual band members with saturated colors and to accent key moments with backwashing.

“I needed fixtures that would not only be versatile and flexible enough to showcase the new set, but also provide that extra firepower to really magnify the performance,” said Maker. “The Rogues delivered the color and the brightness the music demanded.”

The wide (12° to 49°) zoom range of the Rogue R2 Wash provided Maker with the flexibility he needed to mold his design to some of the challenging stage configurations he encountered on tour. “There was a lack of stage real estate to work with for many of these shows,” he said. “All of the staging elements had to be ground supported. This meant my setup would change day to day, depending on the stage widths and depths. The zoom range of the Rogue R2s meant I never had to worry about beam coverage or color saturation, regardless of whether the stage was really small or nice and large.”

Regardless of the stage configuration, fans who packed houses for the Dropkick Murphys’ tour were treated to a rollicking good time with in-your-face music, a dynamic lightshow, and some very eye-catching new drops. 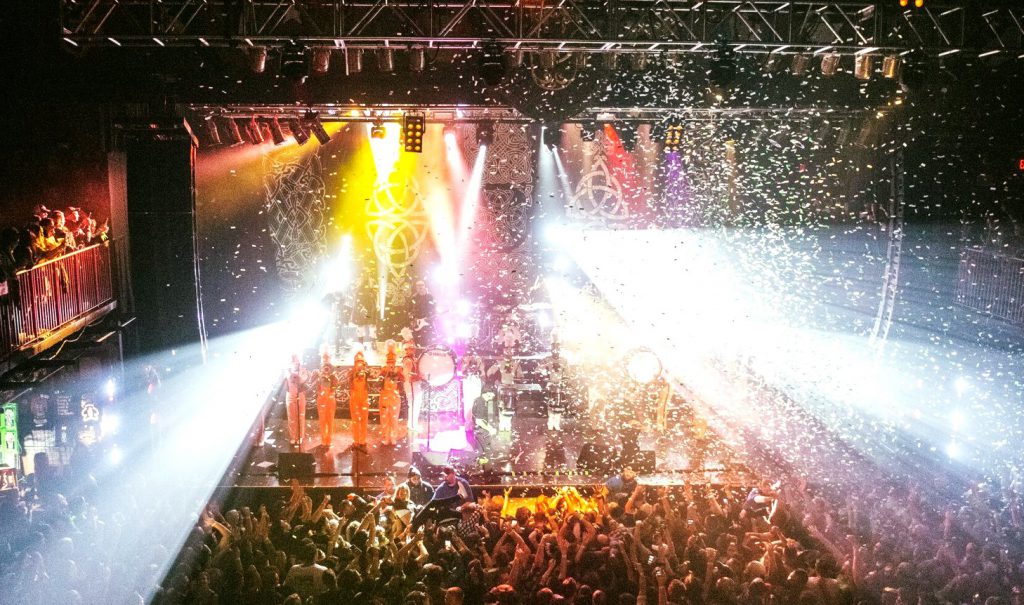