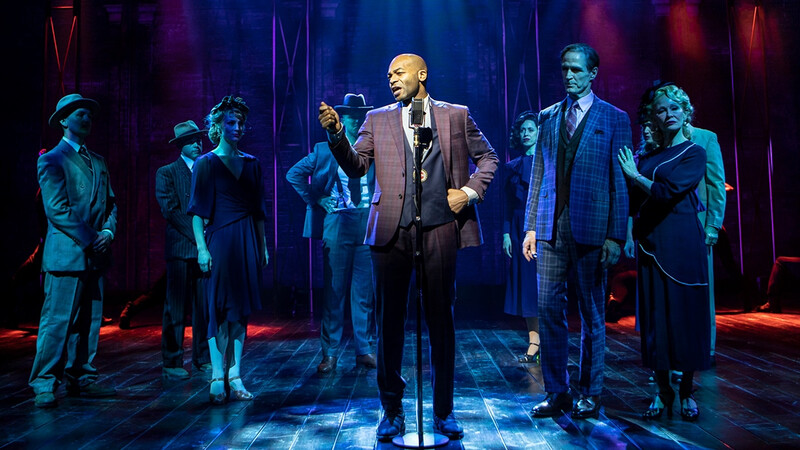 NEW YORK – Designed by the acclaimed Frank Gehry, the architect responsible for the Guggenheim Museum in Manhattan and Louis Vuitton Foundation in Paris, among other celebrated structures, the Pershing Square Signature Center is a theatrical jewel. Comprised of three performance spaces, it affords every advantage to directors, performers, and other creatives… including lighting designers.

Tony Award winner Jeff Croiter took full advantage of these benefits recently when he lit the New Group’s thought-provoking musical Black No More at the 42nd Street complex. “This is a flexible and well thought out venue that’s very designer-friendly,” said Croiter “We were able to put lights anywhere and everywhere we wanted.” 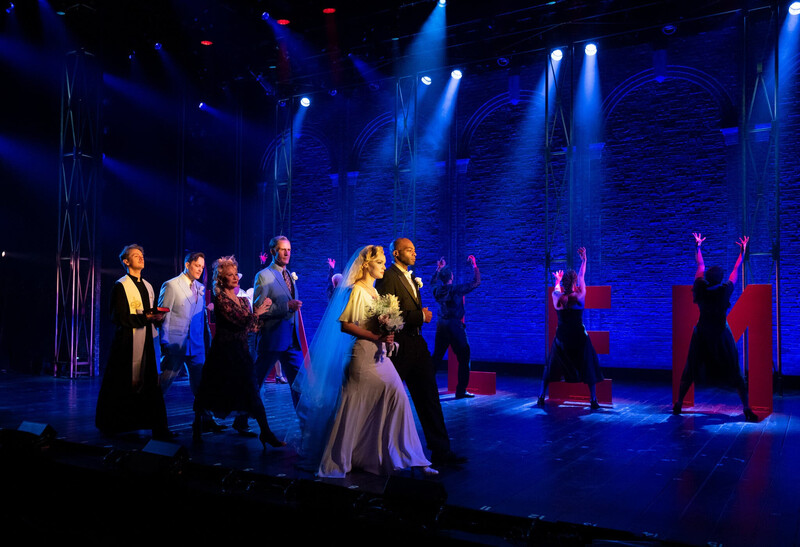 Among the lights that Croiter positioned throughout the performance area were 75 CHAUVET Professional fixtures, supplied by 4Wall Entertainment. He needed every one of them too, as he relied heavily on bountiful color changes, rapid angle shifts, and a variety of textures to support the telling of this fantastical story based on George S. Schuyler’s 1931 novel about a machine that can turn black people white.

An unsung hero of African America letters, Schuyler sets his narrative against the background of the Harlem Renaissance and uses the power of satire to address the issues of race in American society. The 2022 musical captures the spirit and setting of the original story, thanks to the work of director Scott Elliot, set designer Derek McLane, choreographer Bill T. Jones, and the rest of the creative team.

“Our entire team, including associate LD: Colleen Doherty, assistant LD Amina Alexander, and programmer Ben Fichthorn, contributed to the show on a multitude of levels,” said Croiter. “Working together our team evoked a strong sense of time and place through a vibrant and varied color palette reminiscent of Harlem in the 1920s and 30s. 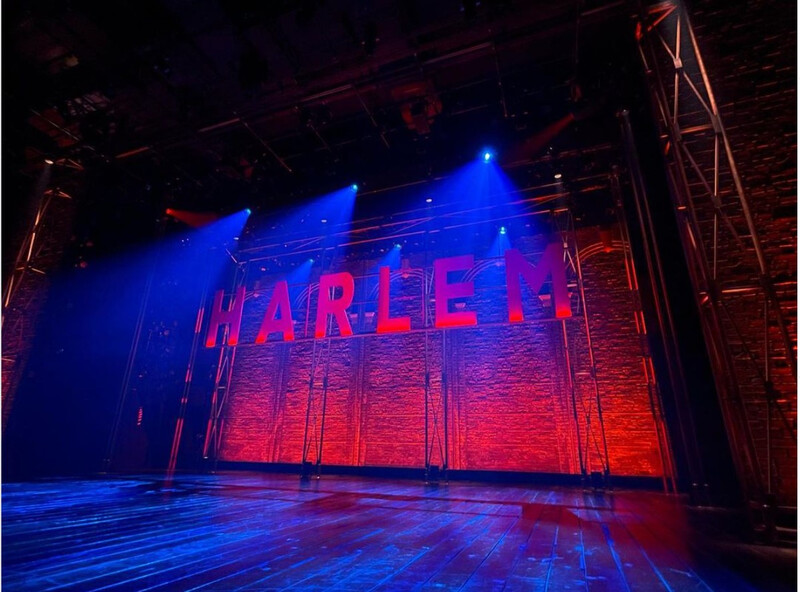 “The color combinations we used came from the extensive research into the look and feel of the legendary Harlem clubs of the era,” continued Croiter. “This was a time of flourishing creativity, so we went with a lot of striking combinations; red and blue, yes, but also a surprising amount of cyan, blue/green, and deep purple. There’s a lot of color up there!”

Color also energized one of the play’s distinctive set pieces: giant lettering that spelled out the name “HARLEM” for the scenes in NY and “NORDICA” for the scenes in Atlanta..” Croiter lit these letters in different ways, depending on where they were on stage and how they were used by the performers who carried them. 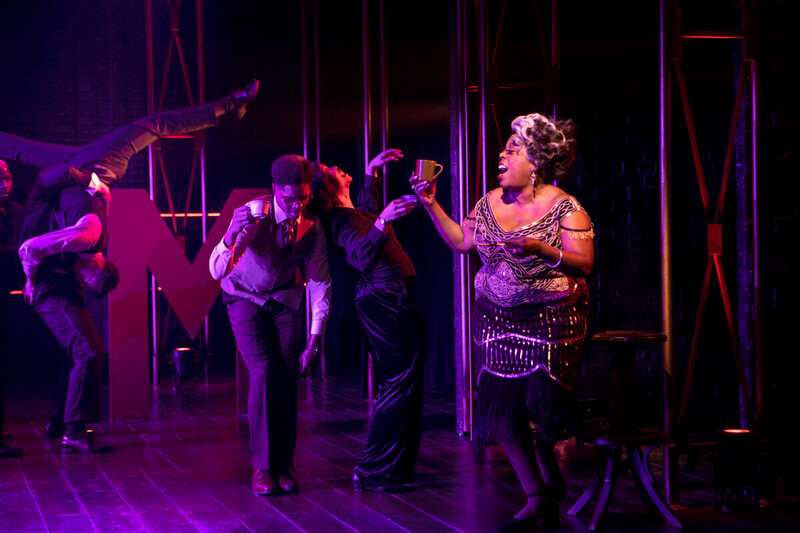 “The letters were lit most with Rouge 2X Washes, each letter having its own light that would move with it around the stage”, said Croiter. “At times, especially when all the way downstage they were lit with profiles, sometimes with gobos. Any time we were lighting people and letters at the same time we used a combo of Rogue wash and profile.”

In addition to lighting the Harlem letters, the 25 Rogue R2X Wash fixtures in Croiter’s rig were used to create redolent color washes on stage to reflect the varying moods of the show as it moved from futuristic tale to social commentary.

At other points in the show, Croiter adroitly used color from his Rogue fixtures to convey an eerie sense of foreboding and uncertainty, such as when he has the protagonist Max Disher’s key lit in white while having the characters and space around him cast in shadowy blues.

Joining the Rogue units in colorizing the stage were 30 COLORado 2 Solo and 20 COLORado 1 Solo LED washes. Used as boom sidelights, the COLORado 2 Solo fixtures were also relied on to underscore dramatic moments by side lighting characters. An example is when Max sees himself after his transformation; all the of the stage is dark, except for the key light that illuminates the upper half of his body and side lighting on the nurses who flank him.

There was also an ample quantity of dance lighting, as Black No More featured 36 hip hop and jazz songs during its 150-minute performance. “Bill T. Jones (Tony Award-winning choreographer), had an enormous effect on the design,” said Croiter, noting that although a theatre show, Black No More “primarily relied on dance lighting.”

And in this case, it was dance lighting that often moved to the rhythm of colors from a large and beautifully choreographed rig. 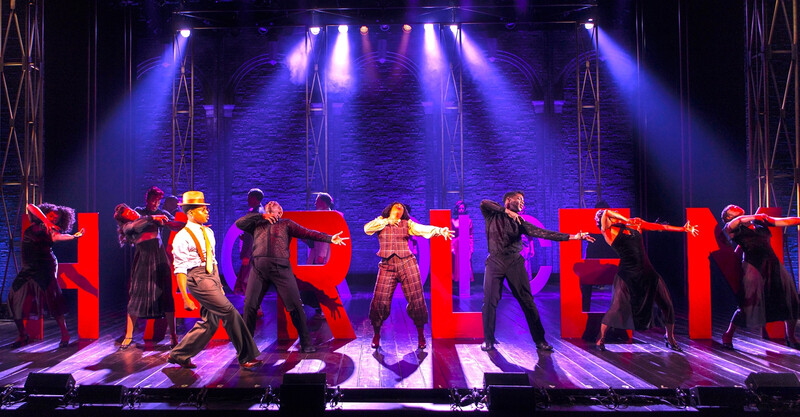