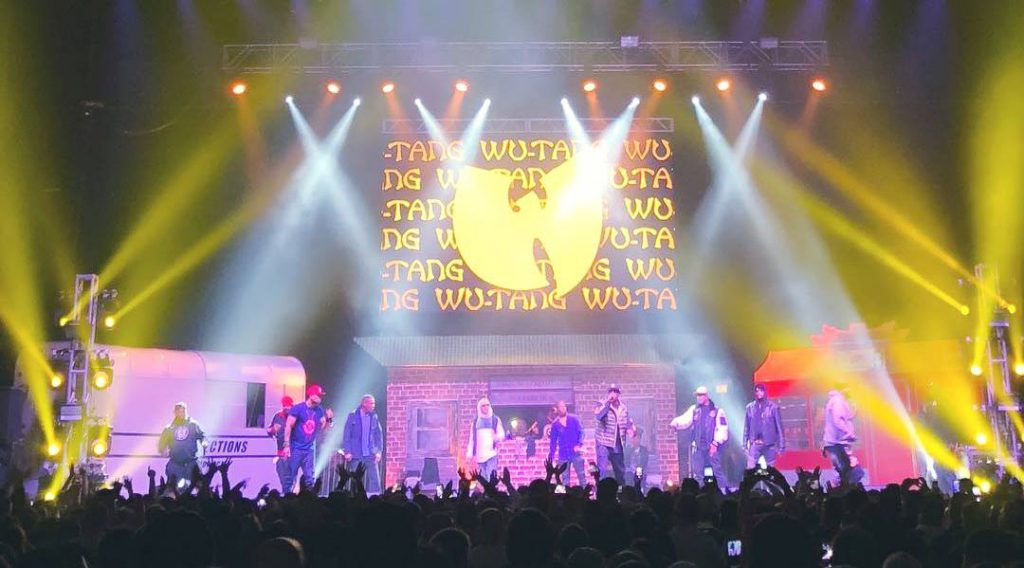 LOWELL, MA – Now there’s a brand new day to mark on the November calendar, at least for residents of Staten Island. On Friday November 9, officials in the New York City borough announced that henceforth that day will be forever observed on the island as “Wu-Tang Clan Day.” It was a fitting honor for the local group from the Park Hill neighborhood that revolutionized rap 25 years ago on November 9, 1993, with their debut album Enter the Wu-Tang.

A week earlier, the Wu-Tang Clan, which Rolling Stone once declared, “the best rap group ever,” celebrated their 25th anniversary with a sold-out concert 240 miles to the north of Staten Island at the Tsongas Center in Lowell, MA. Balancing the dynamism of the iconic group’s sound with a contemplative reflection that fit the quarter-century retrospective, the concert evoked a wide range of emotions. Reflecting it all visually was a diverse Freddy Thompson lighting design that featured over 60 CHAUVET Professional fixtures, supplied by JDI Productions, Inc.

Thompson’s show did more then provide eye-popping visuals to match the various moods on stage; it also created a light bridge that connected the Wu-Tang Clan to their devoted audience. “There’s a strong bond between this group and their fans,” said Thompson. “The start of the show was pretty intense. The crowd was all about seeing the group making their appearance on stage. So, naturally we focused a lot on audience lighting.”

Going beyond audience lighting, however, Thompson connected the Wu-Tang Clan to the crowd at the arena by creating a lot of bright static scenes on stage. “This is a decent-sized arena, so we didn’t want to rely just on audience lighting, since it’s kind of hard to cover the whole crowd,” said Thompson. “I was also going for a lot of big looks and static scenes. I didn’t want the rig to be moving all over the place with no rhyme or reason.”

Color also played a big role in setting the mood and creating the crowd connection for Thompson. “The group was looking for deep and saturated colors, so ambers, reds and yellows dominated this design,” he said. “But darker color schemes with blue, lavender and congo combinations were used as well. Both of these color combinations complemented the group’s stage presence and their famous logo.”

Thompson used 16 Rogue R3 Wash, 16 Maverick MK1 Hybrid, 12 Rogue R2 Wash, 16 Legend 230SR Beam, and 4 STRIKE 4 fixtures to create his looks on stage and over the crowd. The Rogue R3 Wash fixtures were flown on the downstage truss and were used to light the group and their set pieces. Also on the downstage truss were the STRIKE 4 units, which provided audience lighting.

On the upstage truss, Thompson flew eight of his Maverick MK1 Hybrids and an equal number of Rogue R2 Washes. The remaining Maverick and Rogue R2 units, along with the Legend fixtures, were positioned on 12’ truss towers stage left and right.

“We got some great looks out of the Mavericks,” said Thompson. “We wanted movement and intensity with some songs to balance the static looks we emphasized with some of the other songs. Aside from the aerial effects, specials and stage lighting, the Mavericks really gave us some excellent audience lighting. We got a lot of great comments on the looks we created and how they reflected all the different moods of this concert while we continued to engage the audience.”

Thompson credits his light tech, Mark Kuepker, and the production manager of the show, C.J. Stasinos, with helping the versatile show run smoothly. “It was great working together,” he said. “We worked like a tightly knit group.”

And just like another tightly knit group from Staten Island, the result of their close collaboration was nothing short of spectacular. 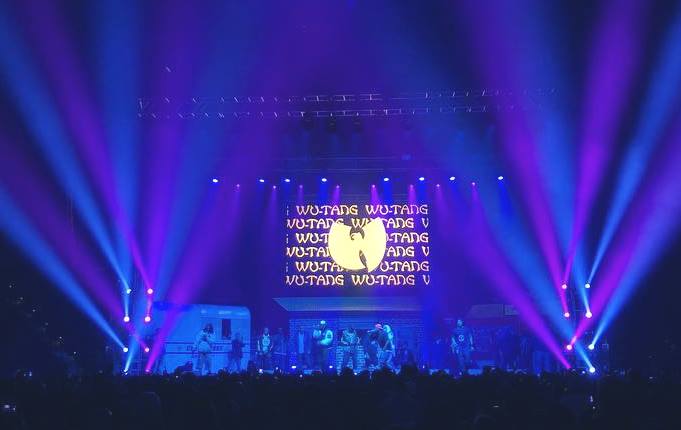