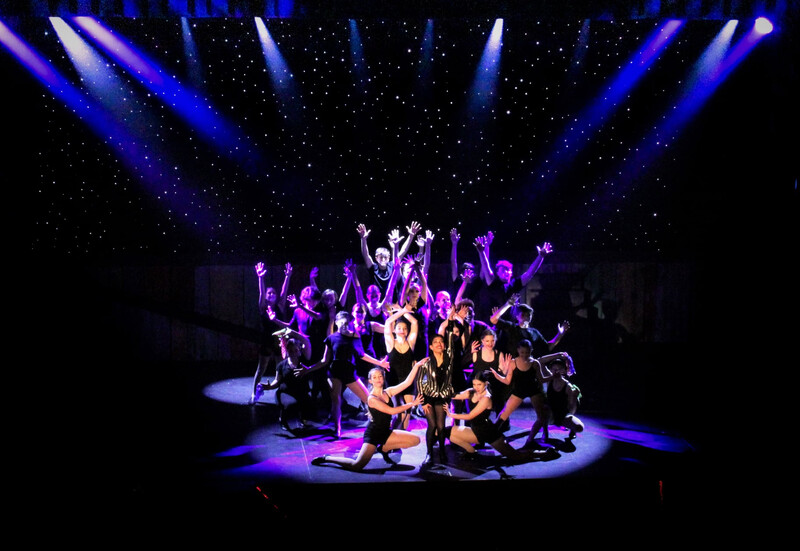 OAKMONT, PA – (For Immediate Release) — Reality and fantasy often work wonders on stage when they’re allowed to flow freely together. Pippin provides delightfully entertaining proof of that. The emperor Charlemagne did indeed have a son named Pippin (actually “Pepin”) — and the struggles of the young protagonist to find meaning in his life as recounted in the 1972 musical are genuinely reflective of coming of age experiences shared by all. But the show’s surreal story line with its circus scenes, fantastical interactions, and ghostly interlopers bears scant resemblance to reality.

This mixture of the surreal and real continues to captivate audiences almost a half-century since the play debuted. James Baker reflected this enduring magic in light recently with a neatly balanced, multi-faceted design for a production of Pipin at Riverview High School.

An all LED rig provided Baker with a level of flexibility that could never have been imagined, even on Broadway, given the technology available at the time, when the play opened. At the heart of this system were CHAUVET Professional Maverick and Ovation fixtures supplied by Star Design Event Services.

Baker, who was retained by the school district to light this show, wielded this rig skillfully to create a design that not only illuminated, but also captured the universal themes pulsating through the heart and soul of the show’s protagonist.

“For the concept of this show, we were playing with contrasting ideas, such as light/bright and dark/shadows, to symbolize the inner conflicts faced by Pippin,” he said. “Our ensemble members assumed the role of phantoms trying to manipulate the thoughts in his head. We had this LED star curtain that we used in a way to symbolize and demonstrate how light can cut through even the darkest of thoughts.” 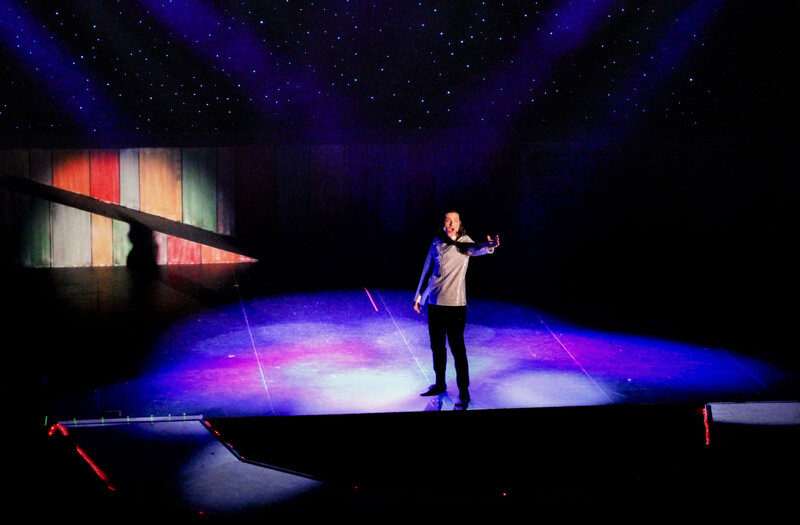 The Ovation E-260WW ellipsoidal fixtures in the rig were critical to helping Baker achieve this vision. Positioned on house pipes to the left and right of his tech book, the warm white units provided key lighting and illuminated the passerelle, which was used often throughout the show. “They allowed me to adequately light the actors’ faces without having to worry about the harsh look LED fixtures sometimes give when used as face lights,” he said of the Ovation units.

“As a lighting designer, it is critical to understand the inner workings of the various facets that are required to produce a high-quality production,” continued Baker. “My theatre experience extends beyond the technical aspect of putting a production together. As a local theatre director with technical and acting experiences, I am able to put myself in the shoes of the actors, and translate their thoughts and motivations, which helps actualize the visions of the production team. Even through tech week and up until opening night, I find myself tweaking and adjusting to make the show’s looks the best they can be. Each scene or moment is like a painting to me.”

Adding extra depth and dimensionality to the painting Baker created with light were the six Maverick Storm 1 Wash fixtures in the Pippin rig. Drawing on the wide (6.7ﹾ to 56.5ﹾ) zoom range of these RGBW fixtures, he adroitly created alternating light and dark spaces to evoke an enigmatic mood on stage. He also relied on the powerful washes to add circus-like excitement to the stage at some points.

“The Mavericks played an integral part in the design of the show,” said Baker. “We placed two of them in the house and used them to create mysterious and shadow-filled atmospheres. These fixtures were also utilized for several specials and color washes.

“Our four other Mavericks were placed at the end of batons on stage and were used to create various shadow, side, and backlight looks,” he continued. “The flexibility of the fixtures allowed me to create narrow and wide beams of light in the various scenes based on the feel and design concept of the director and choreographers. Having the ability to put light exactly where I need it was key. The Mavericks were also used to create contrasts to enhance the look of certain scenes.”

Using lights to heighten key moments on stage resulted in many memorable scenes for Baker. For example, in the very last scene in the production he used a single ghost light to create side shadows on Pippin and Catherine as they walked through the darkness followed by her son, Theo.

Then, one of his Maverick fixtures created a single narrow beam of downstage light, attracting Pippin downstage where Leading Player and the rest of her crew emerged from the shadows pulling him into the darkness and consuming his soul, while the lights began strobing.

Like much else in Pippin, everything about this scene was “unreal,” except of course for the universal emotions it gave rise to – feelings that were made all the more vivid by light. 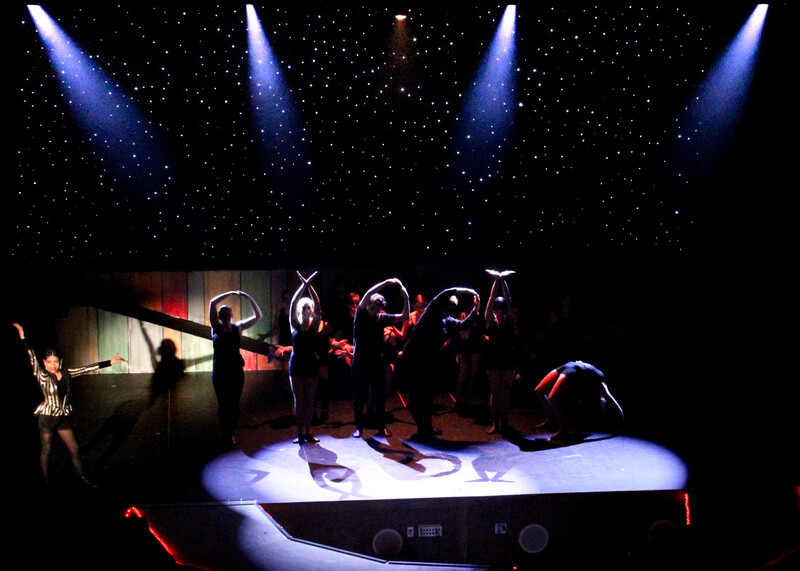