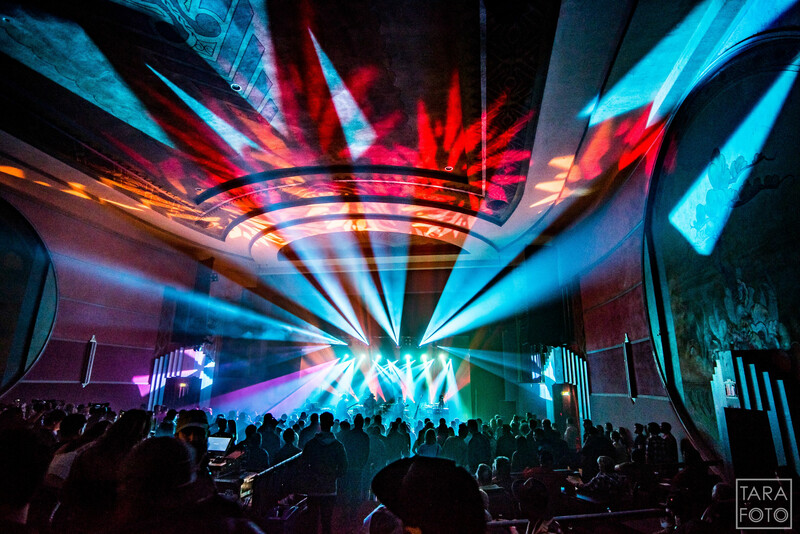 FRISCO, CO – Taking the stage at the Boulder Theatre on Saturday February 21, the six members of Eminence Ensemble likely had even more spring in their step than usual. And why not? The genre-hopping jam band was clearly on a roll. Their recently released first EP, “Real News,” a potent mashup of jazz, rock, electronic, funk and hip-hop, had cemented their reputation as one of the brightest rising stars in the West.

The Boulder-based group was also about to embark on a national “Road to Red Rocks” tour in celebration of their first-ever appearance at the famed outdoor amphitheater, which was scheduled for Saturday April 25. Then COVID-19 happened, putting the tour, the Red Rocks show milestone, and every other live event on indefinite hold.

Undeterred, the band continued to stay connected to its loyal fan base. A video of their Boulder Theatre show (the last before the lockdown) was posted on social media. Taking this connection, a step further, Eminence Ensemble performed at an empty 10 Mile Music Hall in the Rocky Mountain town of Frisco, CO and had their show livestreamed on Nugs.tv.

Over 11,000 people saw the livestream show, which was part of the Live From Out There series. To ensure that their show engaged viewers quickly, Eminence Ensemble started off their stream in the middle of Queen Bee, a hard-driving bluesy tune reminiscent of the early Allman Brothers. 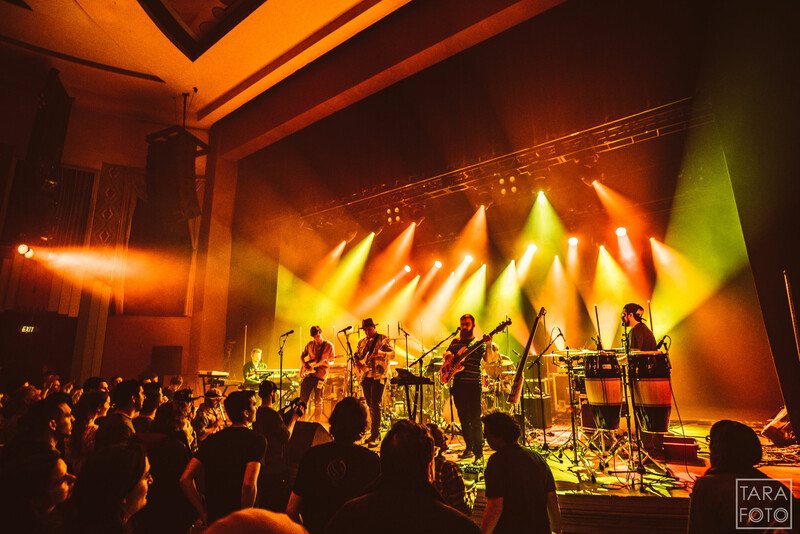 “As far as the energy level and the looks on stage were concerned, you couldn’t tell the difference between the two shows,” said Tanner Bardin, drummer for Eminence Ensemble, noting that both lightshows feature the punchy 140W LED Rogue movers. “This is a tribute to Jake’s creativity. He treated the livestream show as if it were a regular show before a crowd, except there was no audience lighting. But in terms of aerial effects and big looks, there was no difference. This was good, because even shots that were set back, the stage looked to fans as if they were seeing it live at a concert.”

For Bardin and the other band members (Nick Baum, Johnny Bosbyshell, Zac Flynn, Taylor Frederick and Justin Neely), Gibson’s lighting also served as a critical creative lifeline, giving them a reassuring sense of a live performance.

“We feed off Jake’s lighting,” said Bardin. “He knows our music and his lighting responds to it. Playing in front of an empty house is not the same as playing in a recording studio: it can feel a little weird when you end a song with a big ballyhoo, but then there’s nothing but crickets. The lighting helps fill that void for you as a musician.”

At the 10 Mile Music Hall, Gibson used the eight Rogue R1 Spot fixtures that Eminence Ensemble owns along with an equal number of units from the venue’s CHAUVET Professional heavy house rig.

“Jake tells us how much he loves the Rogues for their brightness, color and movement.” Said Bardin. “We’ve had these ones for some time, and they’ve never let us down. I can’t wait to get back on the road and use them again!”

When that happens, it’s safe to assume that Eminence Ensemble will pick up right where they left off, and keep moving…all the way to that much-anticipated first Red Rocks show.