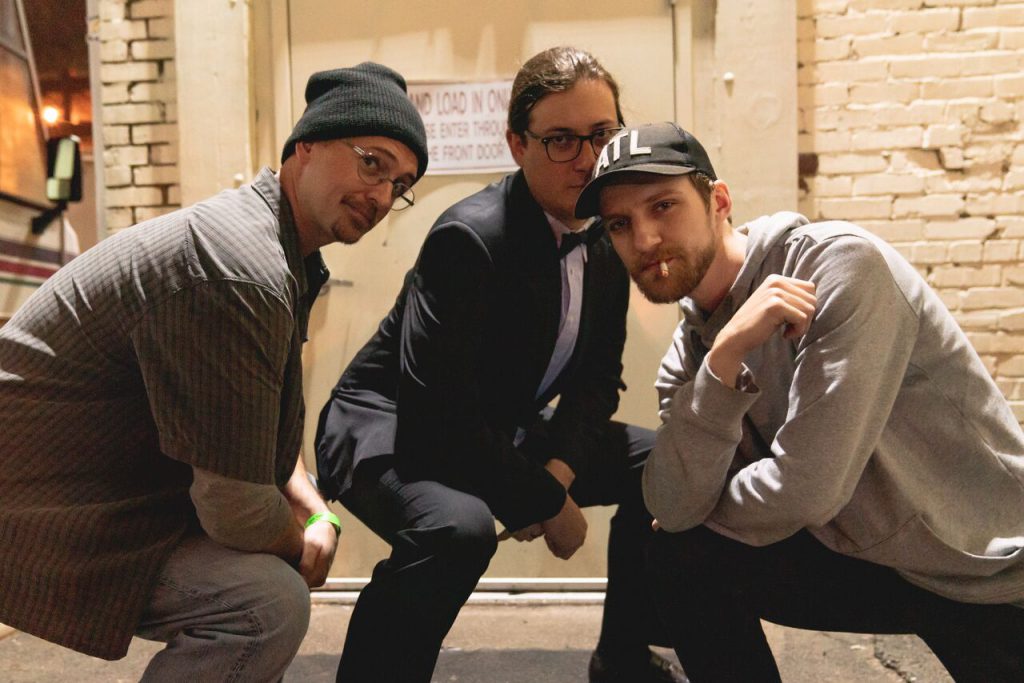 In their fifth studio album “Tumbleweed,” the popular jam band BIG Something evokes a haunting sense of moving through a desert. It is an image that fits the aura of this road savvy group of six musicians who have crisscrossed not just the desert but dozens of other landscapes as well, performing in venues from Brooklyn Bowl in New York to the Hard Rock Riviera Maya in Mexico, as they’ve headlined their own shows and opened for the likes of The B52s, Widespread Panis and Umphrey’s McGee.

There with them every step of the way and adding unmistakable energy to their widely praised live performances with his dramatic back lighting, intense aerial effects and bold colors is the band’s LD Cameron Grogan. Working by his own estimates of well over 100 shows a year with the band, the North Carolina-born designer is given free reign to create the shows that light their performances. He’s also the designated band van driver as they travel from venue to venue.

Grogan spoke to us about his life lighting one of jam music’s most intrepid bands.

How did you hook up with BIG Something?
“I first met the band in late 2012 while working at The Blind Tiger in Greensboro, NC.
I recorded their set (which most of it is still on my SoundCloud). Funny story about meeting them was I ignored most of them for a while. They would try and talk to me at shows and I would just walk by paying them no attention. They later learned I meant no harm by this, I tend to zone out at shows and focus only on the band playing and not the audience. Hardcore tunnel vision.

“On Jan. 3, 2013 I did my first show with them running sound at the Fat Frogg in Elon, NC. I
didn’t start running lights for them for a year or year and a half. Their LD/TM at the time decided to step away and start his family and business back home, so I stepped in.”

So, you didn’t have a background in lighting when you hooked up with BIG Something?
“Very minimal. I had zero clue what I was doing but was up for the challenge. Lighting was never a thought of mine until I was ‘forced’ into it. As the rooms grew I stepped up, discovered that I really love lighting, and haven’t looked back since.”

About how many miles have you traveled with the band?
“Way, way, way too many! We recently got a new van, and already have 50K-plus on it. So, I’d say we are easily over 50,000 miles a year. I also do majority of the driving. The band’s got to get their beauty rest! I feel like I do a better job running in zombie mode. Or at least I’ve told myself that for a long time.”

Piling up all those miles, you and the band must spend a lot of time together. What’s the secret of getting along?
“Spending so much time together in a van, green room or hotel can get hectic. About 90-percent of the time we are within 10-feet of each other. We all have our moments, that’s for sure. The biggest thing I can say is we all enjoy similar things and appreciate what the other guys bring to the table.

“We span a wide age range between members and crew, from 24 to 44. I try to look at touring like being married. You aren’t always going to agree with the others 100% of the time. Sometimes you have to sit back and try to see it from the other guy’s point of view and combine thoughts to get the outcome that’s desirable for everyone. When that doesn’t work, you can always go for a walk or your hotel room and sit in quiet. Those ‘Damnit Dolls’ are great to have around!”

While we’re on the subject of relating to the band, have you ever had to “sell” the band on the importance of lighting?
“Of course! Musicians’ priorities are the music, all of the other stuff is secondary. I’ve always tried pushing the importance of creating a stage production and how it helps the audience get sucked into their tasty jams. Plus, spending the money renting fixtures for bigger shows is hard at first because deep down you want to keep that money in your pocket, but once the show’s over you realize how important and helpful the lighting was to your overall performance. From my perspective, I have to admit that I also love being able to play with all those extra toys!”

We know the band appreciates the looks you create. Do they ever give you specific feedback, good or bad about your lighting?
“The band lets me have free reign when it comes to lighting and designing the shows. I’m sure they will continue to give me that freedom as long as I don’t do anything too dumb. The biggest feedback I’ve gotten and have tried to be good about the last few years is to keep my lighting light on the guys in the band and avoid strobing too much of the front wash. But I think they would tell you that I’ve been good about doing my job.”

We’ve seen you create some amazing looks for BIG Something. Do you have to hear one of their songs before you decide how you’re going to light it?
“I have basic ideas in my head for songs, but usually it’s spur of the moment. I may even program the look during the song. Trying to be as sneaky as possible so the audience doesn’t catch me moving pairs of lights around.”

Do you carry your lighting rig with you when you travel?
“We travel with a floor package consisting of 8 CHAUVET Professional Rogue R2 Spots. I own my console and these fixtures. We use house rigs for the rest of the lighting.”

What is the most challenging BIG Something song to light and why?
“My Volcano off their 2013 self-titled album. I love the song but always struggle to convey what’s in my head during that song. You’d think after so many years hearing it, I would have some clue what to do but I always get nervous before the first note hits. Aside from that, I have to say that lighting Cosmic Dust off of their 2018 album The Other Side. In my head I want to follow every change and person but seem to always fumble hardcore during this one. Hopefully one day I’ll get it. This may turn into my first cue stack song!”

So, do you busk everything?
“My entire show is busking. I enjoy being able to have a thought and do it because the band makes me feel a certain way at that moment. My goal this year is to start que stacking for certain songs they always play similar week to week.” 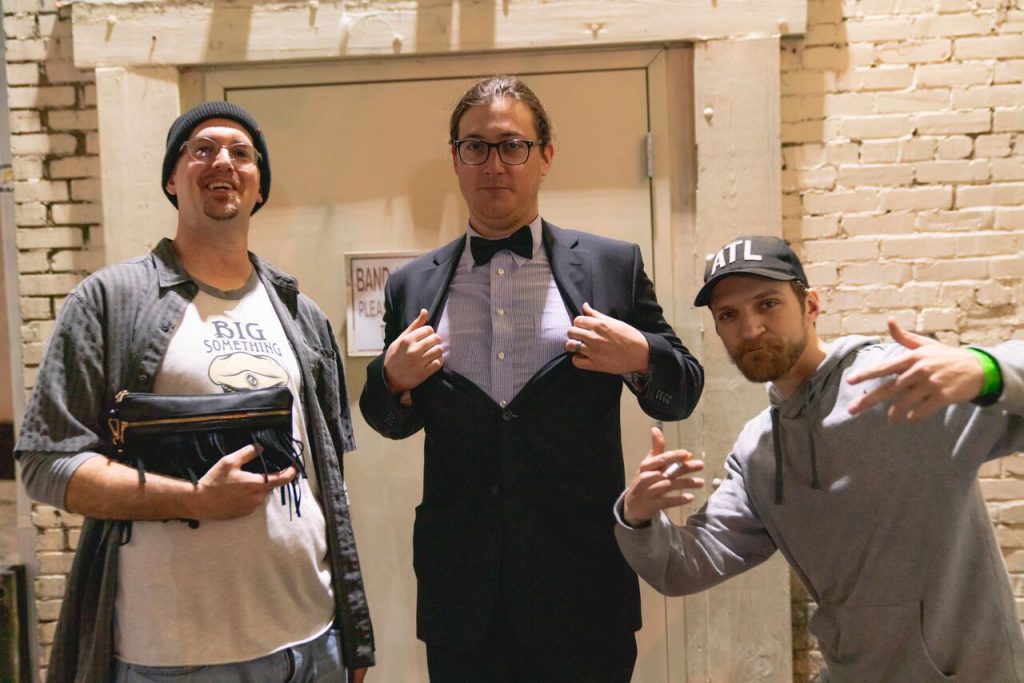 What is your favorite BIG Something song to light?
“This is also difficult to answer. I enjoy lighting all of the songs so I’ll pick one from each record. I’ll go by year:

2018 The Other Side – Smoke Signal. Super powerful song that gets deep, I get goosebumps almost every time they play it. I never try to do anything too crazy during this one. Keep the stage dark (color, not intensity) with a nice wavy flow.
2017 Tumbleweed – The Flood. Pure power and intensity. You can’t not have fun during this one.
2014 Truth Serum – Truth Serum. This one’s fun to get as weird as possible on.
2013 Self Titled – Tie between The Curse of Julia Brown and Jose’s Pistola.
2010 Stories From the Middle of Nowhere – The high energy dance song John’s Disco.”

Speaking of favorites, what’s your favorite place you have ever worked at with the band?
‘That is a tough one. The 9:30 Club in DC is probably my favorite venue we play on the east coast. It has a top notch PA and Lighting rig — and hands down the best/most helpful crew we come across. Telluride in Colorado is a close 2nd. If you go to that town and have a bad time something is wrong. Some of the most beautiful scenery in the US is right there.”

What are some of the most important lessons you have learned being on the road with BIG Something?
“Always carry TP and backup shoes and socks. The second lesson to learn is when and when not to ask the band certain things. Sometimes it’s better to do without asking because at the end of the day they are trusting me to do my job 120%. So, I try to give them 200%.
When you tour full time with a band as crew, you have to learn their likes and dislikes. You will waste too much time asking them questions and getting vague answers. They will appreciate you more if they show up and what they need is already there without having to ask. Finally, you should never drink the last beer or shot in the greenroom.”