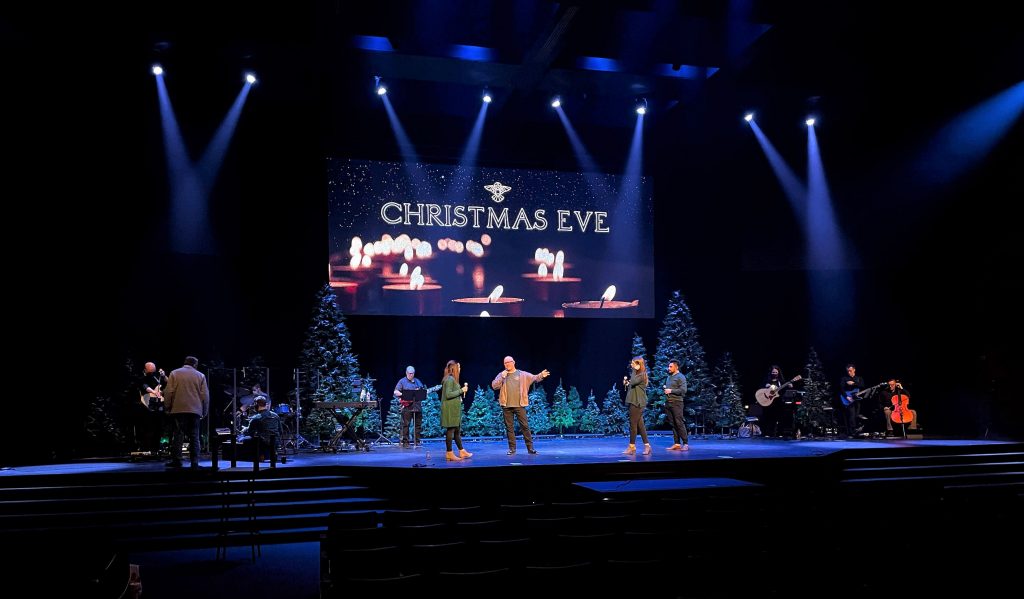 DALLAS – This year, when The Heights Baptist added a 12-minute video to its socially distant Christmas Eve service, the church’s creative team had a critical goal in mind. “We didn’t want people to feel like they were watching a video,” said Technical Director Zach Carnefix. “Our intent was to make them feel immersed, as if they were in the midst of the events the video was portraying.”

To create this sense of engagement, the church accompanied its video with live music, prerecorded voiceovers, and a dramatic lighting display that featured CHAUVET Professional Rogue R2 Wash fixtures supplied by B&L Sound and Lighting.

“Our video was divided into two sections,” said Carnefix. “The first, called ‘400 Years of Silence,’ covered the time before the birth of Christ, while the second, ‘The Arrival’ is centered on the nativity. Lighting played a key role in setting the scene for the video segment of our service. This was especially true at the start of The Arrival, when we flooded the room with light from 12 R2 Washes positioned around the front row of the balcony aimed at the backs of the seats on the house level.”

Immersing the room with light during The Arrival without blinding people in the audience or distracting from the video itself was a challenge. However, Carnefix and his team were able to accomplish this feat by positioning the Rogue R2 Wash units along with some strobe lights in the back of the house and maintaining low light angles. 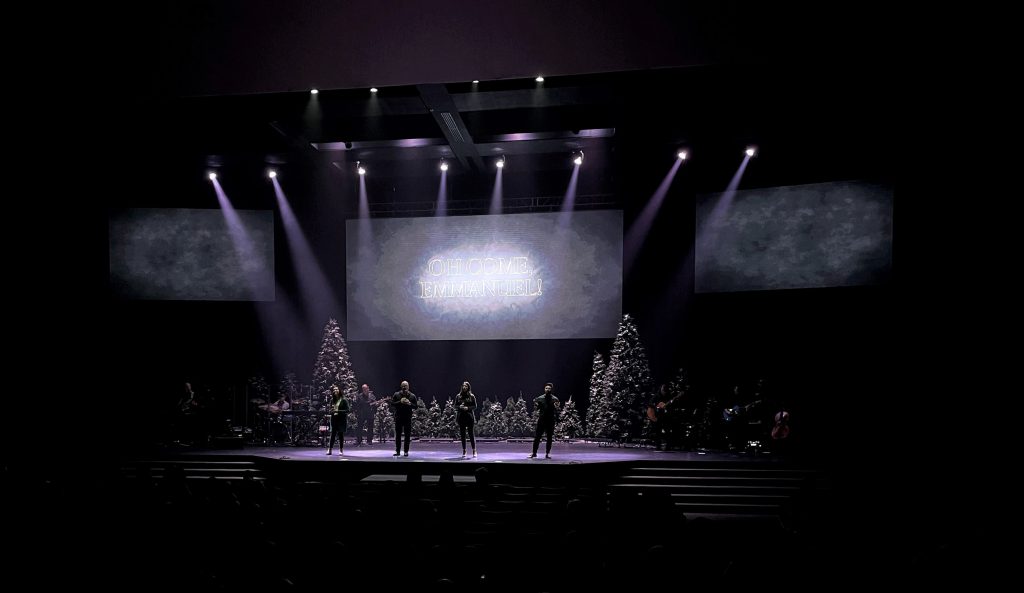 “We were very happy with our decision to dump light in the room from behind the house,” said Carnefix. “The R2’s put out a great amount of light even at their widest beam angle, so we could avoid narrow beams. When we weren’t supporting the video, we were able to use these lights to create a captivating environment at different points throughout the service.”

The Rogue R2 Washes joined an extensive collection of other CHAUVET Professional fixtures in The Heights Baptist’s lighting rig. These included four Rogue RH1 Hybrid units positioned above the house that were used to cast shafts of light during scenes that called for a “starry night” feel, as well as a collection of COLORado fixtures that were relied on to colorize the stage and adjacent areas.

Even with these and other house fixtures, however, the design team felt it was important to add something extra to their rig for the Christmas Eve service. “I had a picture in my head” said Carnefix. “It involved flooding the room with light during the largest moment of the service.”

With the rental of the extra Rogue R2 Washes, this “picture” moved from Carnefix’s imagination to the actual church itself– and the Christmas Eve service at The Heights Baptist was enriched as a result. 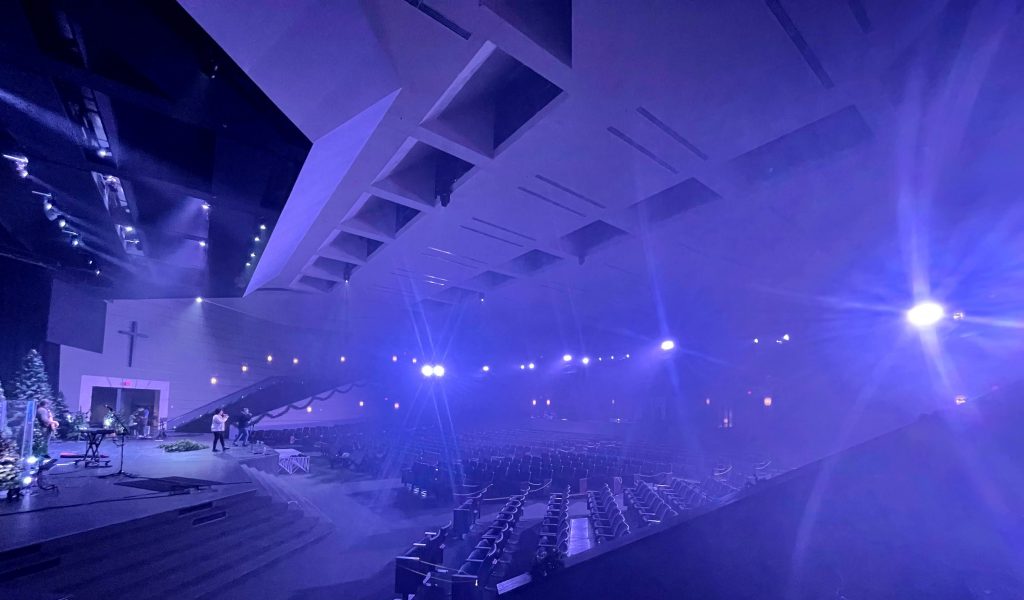