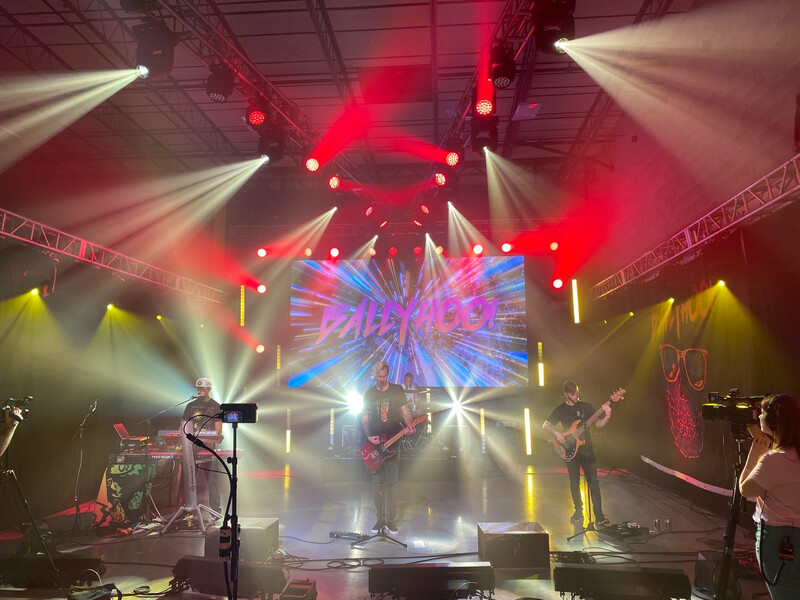 JOPPA, MD – With its 76 fixtures and 18’ by 10’ video wall, the rig set up inside the Harford Sound warehouse looks like it’s being prepped for a live event. But the impressive collection of CHAUVET Professional lights and F4IP LED video panels isn’t going anywhere, nor was it ever intended to. Instead, it has remained inside the company’s 10,000 sq. ft. warehouse since early March, turning out a series of immersive livestream shows at a clip of three to four a week.

Harford Sound owner Evan Kirkendall and his team didn’t pull any punches when they created this 30’ by 25’ performance space following the COVID-19 lockdown. Rather than limiting themselves to providing a “scaled down studio” that bands could use for livestreams, their goal was to offer something that would have a far more lasting impact, allowing clients to create videos that would benefit them long after the pandemic has passed. 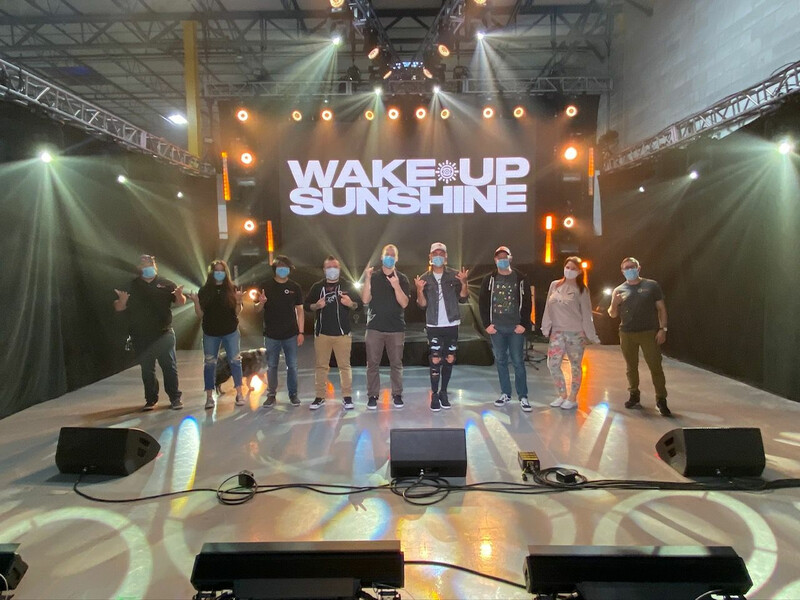 “We wanted to go beyond doing a simple streaming setup,” said Kirkendall. “Our thought was to build a space that could be used to create signature looks that would elevate our productions. By doing this we could offer bands the chance to create footage that could be used as promotional material for years to come. This is why we wanted to design the most epic rig possible.”

Given that Harford’s active live event schedule was on hold, the company had a robust group of fixtures to choose from when creating its studio. Kirkendall and his team elected to go with an all-CHAUVET Professional rig that features 40 R2X Washes, 12 Rogue RH1 Hybrids, eight Maverick MK2 Spots and 16 COLORado Solo Batten units as well as 33 P4IP video panels.

“In order to accomplish what we wanted to do, we needed a healthy number of fixtures in our rig,” said Kirkendall, whose company maintained a busy schedule of festivals and concerts prior to the lockdown. “Gear that would normally be on the road was in our warehouse, so it was a matter of removing some shelves and creating well-stocked performance space.” 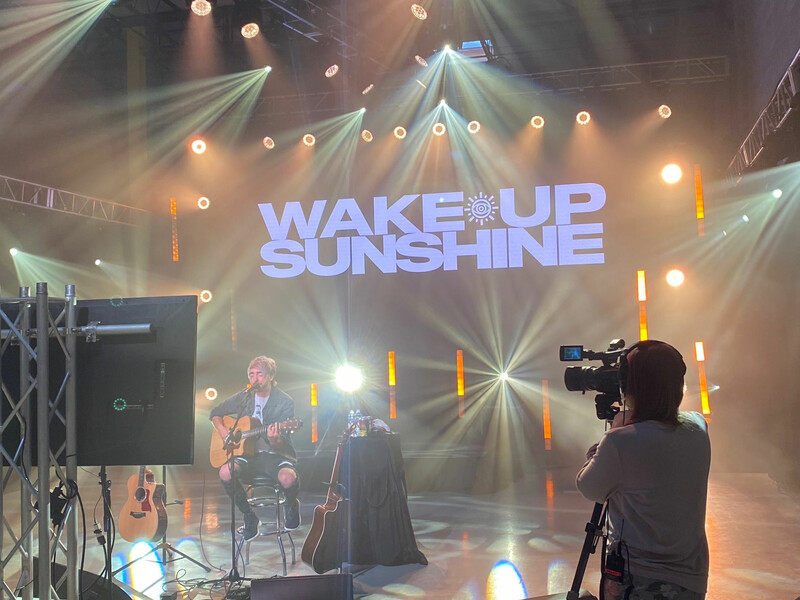 Kyle Ryman, the LD at Harford Sound, designed the livestream lighting rig. Hanging the Mavericks and Rogue on two parallel lines of overhead truss, while position others on side truss as well as on the stage left and stage right floor, he turns the rectangular performance space into dynamic lightbox, crisscrossing it with rapidly moving beams and aerial washes. Since the majority of the movers are configured tightly overhead, he is able to create this motion while still keeping the design camera-friend for livestreams.

The COLORado Solo Batten fixtures are positioned at different heights behind the stage. From this position, they allow Ryman to create an array of unique looks, serving as colors bars, in addition to being used as pixel mapped effects.

Also adding to the variety of looks at the studio is its large center stage video wall. “We’re running Resolume with a bunch of content and graphics during each performance,” said Kirkendall. “We’ll mix in the band’s logo and whatever other content they want. It’s a fantastic looking and incredibly bright wall that really makes every production standout.”

Creating standout productions has distinguished Harford’s livestreams and generated a steady demand from bands looking to develop promotional material. “Between the livestreams and promotional videos that we’re recording, we generated a nice steady stream of work during a time that is tough for many people,” said Kirkendall. “Our decision to go with a bigger rig has paid off.”

Kirkendall also says that livestreaming and video recording will remain part of Harford’s repertoire once “normal gigging returns.” He even sees performing these services for clients at live events one day. When that happens, what started out as a bold response to a crisis, will become a road map for future growth. 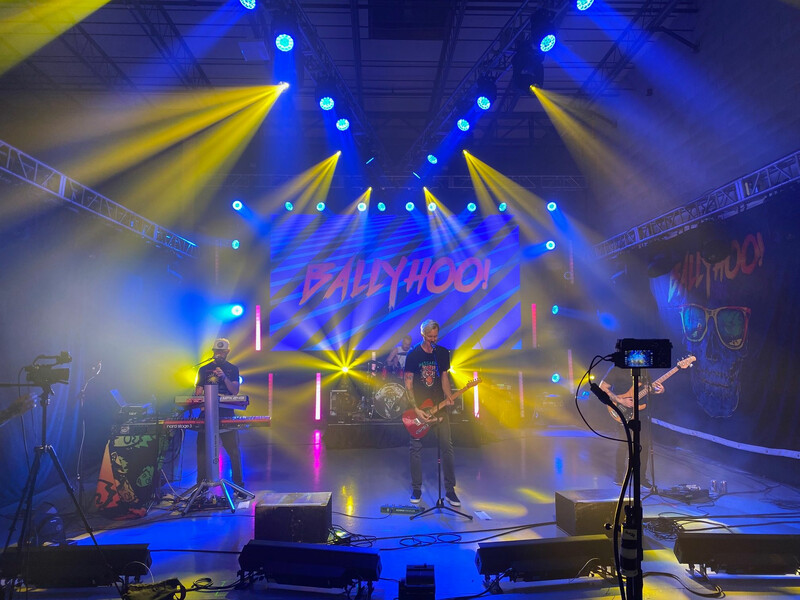