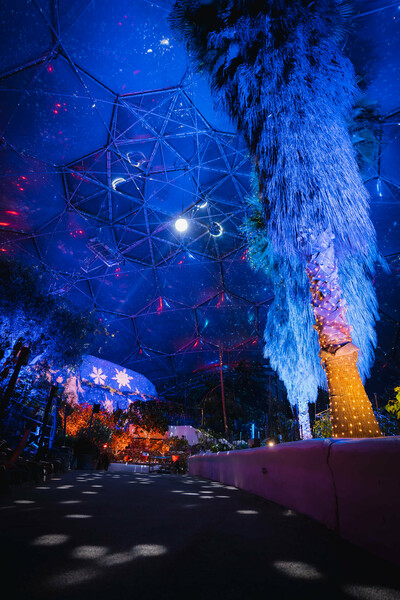 CORNWALL, UK – The bold magentas and royal blues that enliven the 2020 “Christmas at Eden” celebration are not your typical holiday colors, but then again, nothing about the Eden Project can be classified as “ordinary.” Built on a 160-year old reclaimed china clay pit, the world-famous educational attraction presents an other-worldly image with its massive geodesic biomes. Inside the ethereal domed structures are wonderous horticultural exhibits, including the world’s largest rainforest in captivity.

Glenn Gridley and Zak Nicholson had the unique form and function of the Eden Project in mind when, working with the team from their company, GLX Productions, to create the color palette for its holiday lightshow. “We aimed to take a slightly different feel on the Christmas theme and used a range of contrasting and complimentary colors throughout the experience,” said Glenn. “The unique combinations we had in the tropical rainforest biome really helped to make certain plants stand out. Plus, it also resulted in some beautiful and photogenic reflections.” 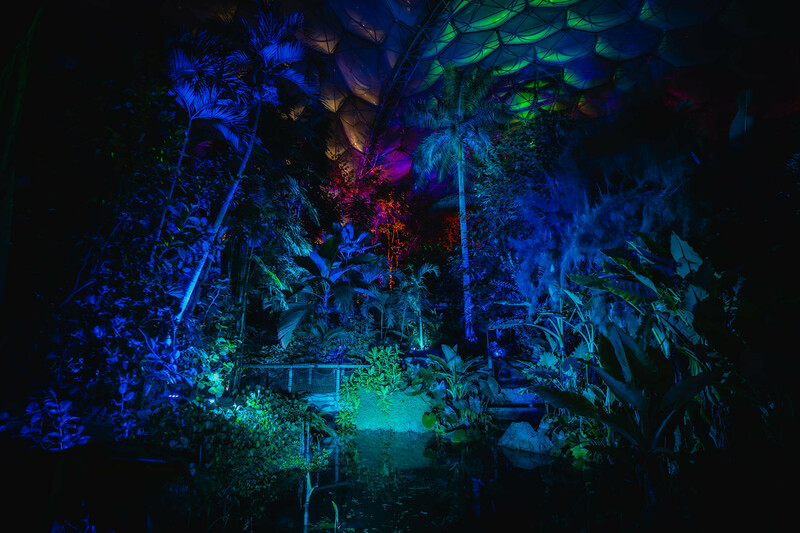 Helping the design team achieve this palette, in addition to creating an array of captivating looks throughout Eden Project was a collection of CHAUVET Professional fixtures, including the new Rogue Outcast 1 Hybrid.

The GLX team which included Catherine Walton, Embry Koehler, James Coxon, and Joe Bower, positioned four of the IP65 rate 400-watt moving fixtures on the floor in the Mediterranean biome. From this position, the sharp, intense beams from the Rogue units were directed at a massive mirror ball hung over the exhibit area.

“We were really very pleased with the way this worked,” said Zak, who was the lighting designer on the project, whilst Glenn served as crew chief. “Watching the biome glow with the light from the Rogues bouncing off the mirror ball was truly the icing on the cake as far as the lighting was concerned. It created a level of excitement and festiveness in the air that really fit the holiday season.”

In addition to the Rogue Outcast 1 Hybrid, the GLX team relied on 10x Ovation E-260WW IP ellipsoidals with GR-1 IP rotators, and four STRIKE 1 fixtures from their own inventory, as well as 10 COLORado Q40 panels (part of the venue’s rig), to work their holiday magic. 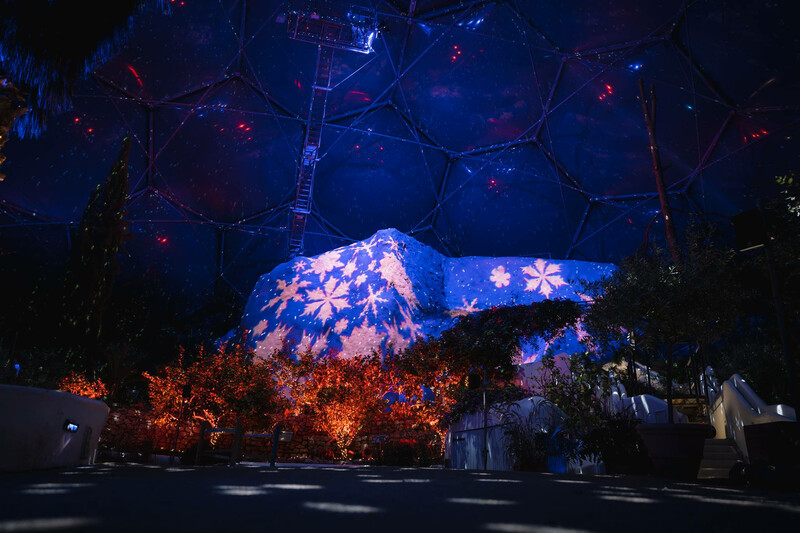 Helping to set an appropriately seasonal tone for visitors as they entered biomes were six of the Ovation ellipsoidals that were position on the ground along a zigzag path leading to the structures. These units were used to decorate the area with vivid snowflake and “Merry Christmas” gobo patterns. A pair of the ellipsoidal fixtures also covered the face of the Mediterranean biome with the holiday gobos, whilst two other units, positioned on a ship near the entrance to the tropical biome, were called on to create breakup patterns and add texture to the foliage.

Adding to the celebratory ambience, the STRIKE 1 fixtures created an inviting glow over the tropical biome. Positioned on gantries, they were used to direct bright light at the transparent roof of the structure.

The COLORado Q40 Panel fixtures filled a variety of roles in the holiday design, from lighting the tropical biome roof from the gantries, to uplighting around the venue’s orchid house which is surrounded with bamboo.

“This is the second year we’ve worked on the Eden Project’s Christmas celebration,” said Glenn, who notes that the response to the lightshow has been very positive. Visitors to the event, which runs from December 4 to January 3, have been captivated by the lightshow, as it conveys the unique character of this venue, whilst still conveying the Christmas spirit. There’s even an appearance by Father Christmas each night, who (the nontraditional palette of the exhibits notwithstanding), is dressed in the traditional bright red suit! 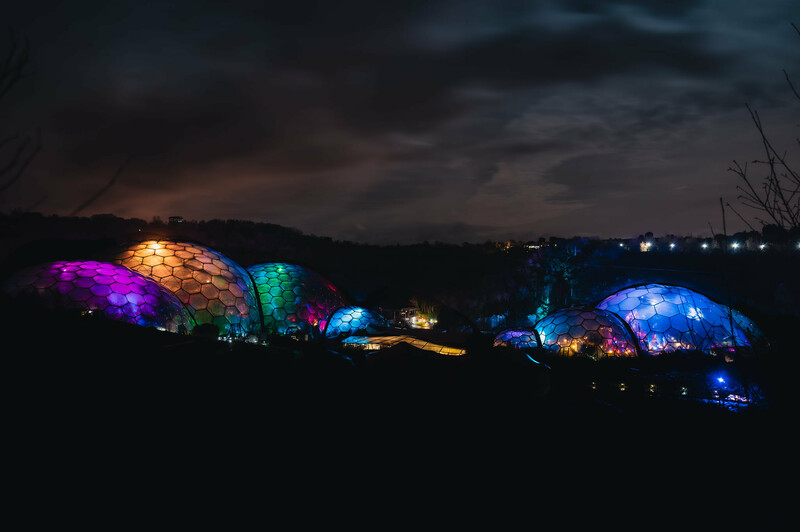