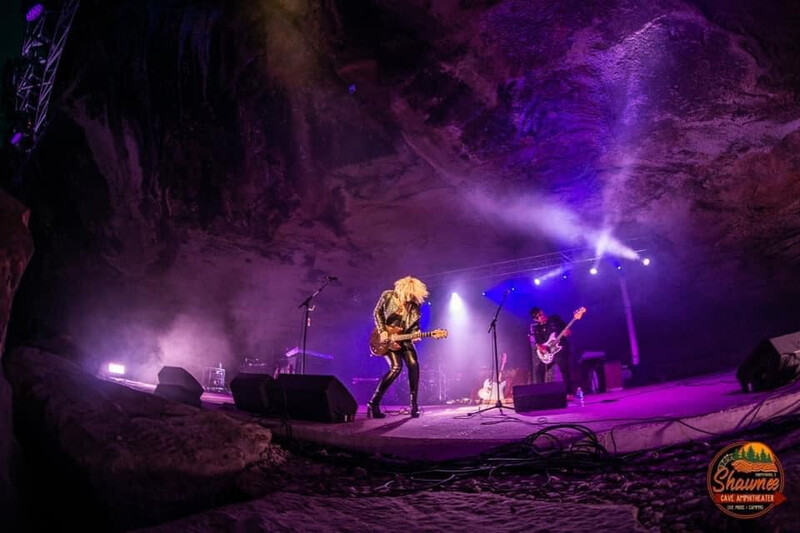 MURPHYSBORO, IL – Gerry Dintelman likes creating gobo patterns. He’s quite adept at it too, working magic with swirling forms on the walls, floors and ceilings at an array of venues indoor and out. But never before in his career as a lighting designer has he had a gobo experience like the one he enjoyed recently when he lit the Revival BBQ Blues and Soul Festival.

The setting of the event had a lot to do with that. It took place at the Shawnee Cave Amphitheatre, a venue that has its stage tucked into a 300-foot wide rock formation at the base of a 100-foot high sandstone hill. Presented with this expansive canvas, Dintleman proceeded to transform every inch of it with stunning gobo effects created with six CHAUVET Professional Maverick MK1 Spot fixtures.

“Creating texture with gobo is cool, but mixing gobos with natural texture is mesmerizing,” said Dintelman. “I really got to work out my texture skills on this one by overlaying both gobo wheels with different directions and speeds of gobo/prism rotations. The best part though was waiting a few songs in after it got dark to drop a wash on the rocks and then bring in the gobos. You could hear the whole crowd collectively gasp when I introduced the starry sky gobo.” 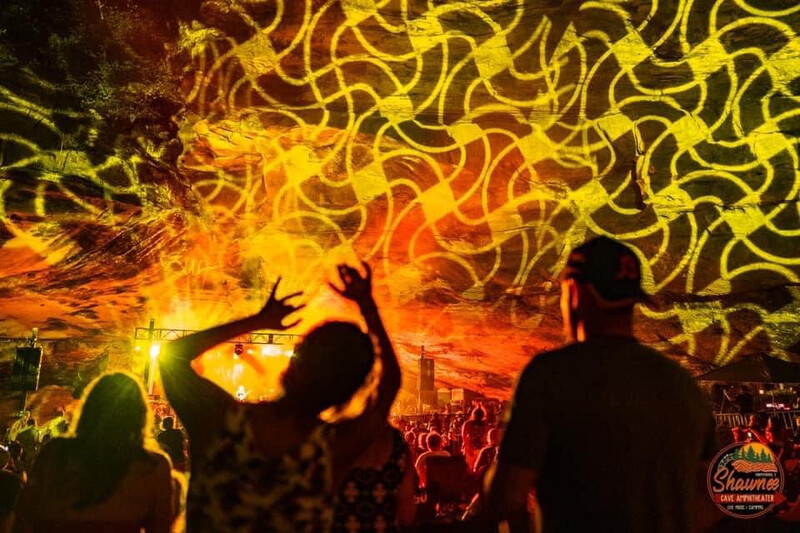 Lighting the Revival BBQ Blues and Soul Festival was Dintelman’s first project at the Shawnee Cave Amphitheatre. If he has his way, it won’t be his last. “Pictures can’t really do this place justice,” he said. “It’s a fully immersive experience.”

As for the festival itself, it featured a talented lineup of legendary and popular artists in the blues, soul and funk genres, such as Dumpstaphunk, Eric Gales, The Blind Boys of Alabama, and Samantha Fish. Dintelman was able to serve up a steady stream of fresh, original looks for each artist that drew inspiration from the surroundings without distracting from the performance on stage.

Aiding him in this endeavor was a powerful, versatile rig provided by Midwest Music Supply of Marion, IL that featured a broad selection of CHAUVET Professional fixtures. In addition to the six Maverick MK1 Spot units used for gobos, the festival rig included six other MK1 Spots, as well four Maverick Storm 1 Wash fixtures and 16 Rogue R2 Washes. 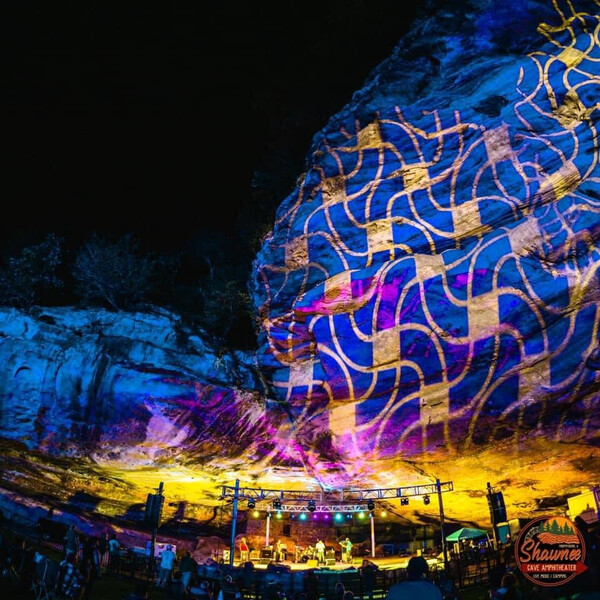 The six spots used for gobos were positioned upstage, and were also called upon to back light the artists, while the six other units were positioned on the FOH stand were used to cover the cave itself with gobos.

Flown on downstage truss, the rig’s four Storm 1 Wash units were used for audience lighting and to highlight some solos. Half of the 16 Rogue R2 Wash fixtures were positioned upstage to backlight performers, while the other half were placed FOH to wash the cave.

“The lights on the stage helped keep the focal point on the performers,” said Dintelman. “At times I back lit them with haze, and sometimes I flipped the lights around to light up the cave wall directly behind them. Having the same gobo projected smaller behind them that was also on the whole cave face tied the whole design together. I also added a couple Colorado Panels to the downstage floor for key lighting the performers. At the same time, this also had the evocative effect of putting their shadows on the cave wall.”

Given it’s unique nature as a venue, the Shawnee Cave Amphitheatre required some adjustments when setting up the rig. Everything ran on generators, all the truss on stage were ground supported on lifts, and the FOH lights for the rocks were on two 20’ by 24’ stages at the top of the hill.

“With the help of some local union guys, we got the whole thing set up in just a few hours,” said Dintelman. “Chris Parton and his team at Midwest Music Supply were great, making this easy and fun despite the challenges. FOH audio engineer Kris Chamness and Monitor engineer Mark Miles, along with the whole staff at the Cave, and my union hands made this project special.”

Then, of course, there were also those unforgettable rock formations!