ST. LOUIS – Despite the pandemic, and all the restrictions it has created, Gerry Dintelman has been in a groove of late, firing up brutal, hard-hitting livestream looks for metallic heavyweights like Fister, Dead Pilgrim and Chaos Collective. But recently, he had to change gears and focus his creative vision in a softer, more romantic direction, when he lit a Valentine’s Day “love-stream” for effervescent indie/rocker Le’Ponds.

He welcomed the opportunity. “It’s always fun to mix things up a bit,” said Dintelman. “Our last livestream was designed around hard angles and industrial looks. To reflect the mood Le’Ponds was after, we had to do things differently so we could arrive at a more intimate place.”

That “place” was a captivating romantic dream come to life, with sharp edges replaced by smooth flowing natural forms that seemed to spring organically out of the stage, and jarring color conflicts washed away by a kaleidoscope of psychedelic hues. As Dintelman describes it, he and his collaborator, video director Kevin Kwater, were going for a “natural-landscape-meets-a-dynamic-oil-painting” in their design. 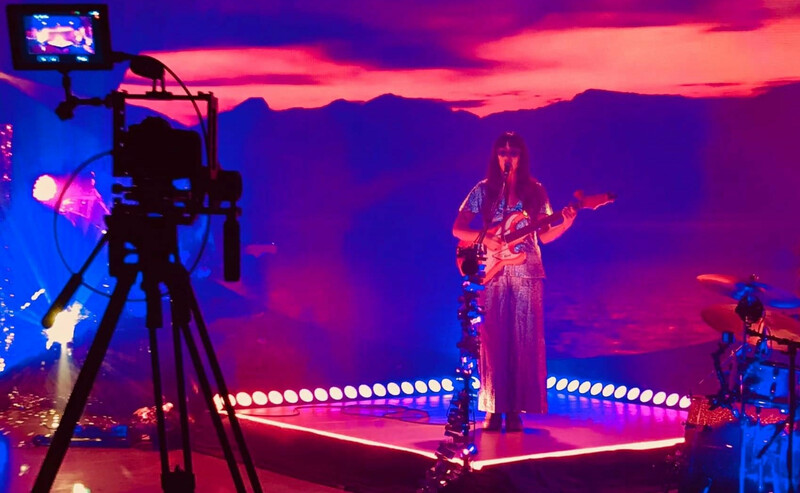 Helping them reach this ambitious goal was a rig made up almost entirely of CHAUVET Professional gear, including 12 Rogue R2 Wash, 12 Rogue R1 FX-B and 5 Rogue R2 Beams, as well as 12 Nexus 4×4 units and 84 PVP S5 LED video panels.

Dintelman arranged his fixtures and panels in asymmetrical configurations to avoid sharp angles and engender the smooth, fluid look he was after. In pursuit of this look, he also focused holistically on the overall space on the stage inside the Arch City AV warehouse rather than on specific cue to cue sequences.

“The whole lighting plot and video of this design was asymmetrical,” said Dintelman. “We had the FX-Bs on the off stage edges, as well as on the ground, and side mounted to upright truss. This gave us the ability to create an endless variety of asymmetrical looks. 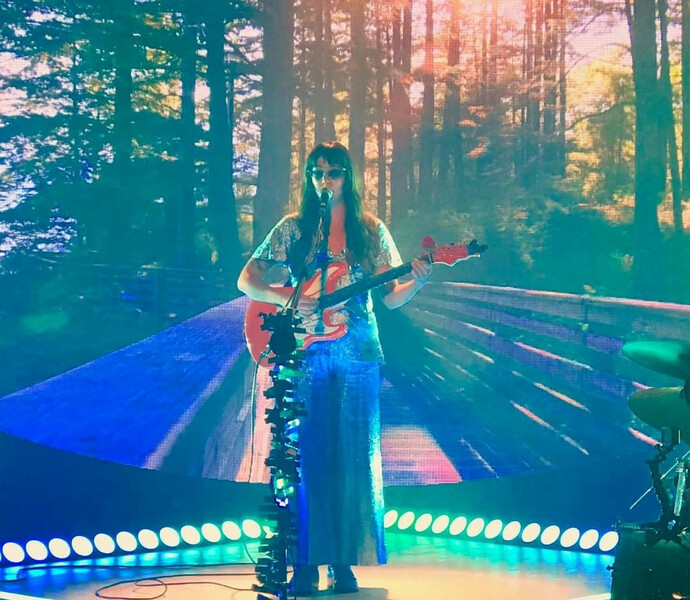 “I hadn’t used R1 FX-B on a stream until this point,” he continued. “They were the perfect fixture for this design. The independent tilt control of the pixels gave me very smooth and natural looking waves across the stage. The last two songs in this stream were definitely my favorites. They were both very colorful, with the FX-Bs waving, and the R2 Beams moving around the mirror balls we set up. I tried to build the show as it went, so the last couple songs had all the tricks pulled out.”

Working in sync with this lighting were the customized displays on the oval-shaped video wall. Created by Kwater, the displays varied from simple single videos, to three and four deep overlayed videos with RGB delay effects.

“Originally, when we programmed this show, Kevin had the graphics over the whole wall,” said Dintelman. “Then on the day of the show he was playing around with some different mask shapes. He kept going back to this horizontal oval shape.

“That particular shape just fit our vision,” he continued. “Even the 90-degree edges of the video wall were too artificial for the look we were going for. The oval mask really made it look like a window into these beautiful landscapes. In a way, I feel like the shape kind of chose itself.”

A shape that chose itself? Flowerings of multiple colors that floated gently from the stage through the video wall and onto the camera? The process behind this Valentine’s Day livestream was clearly different from Dintelman’s metallic affairs, but as has often been said, creativity knows no boundaries, and when it’s allowed to flow freely, the results are something to behold.