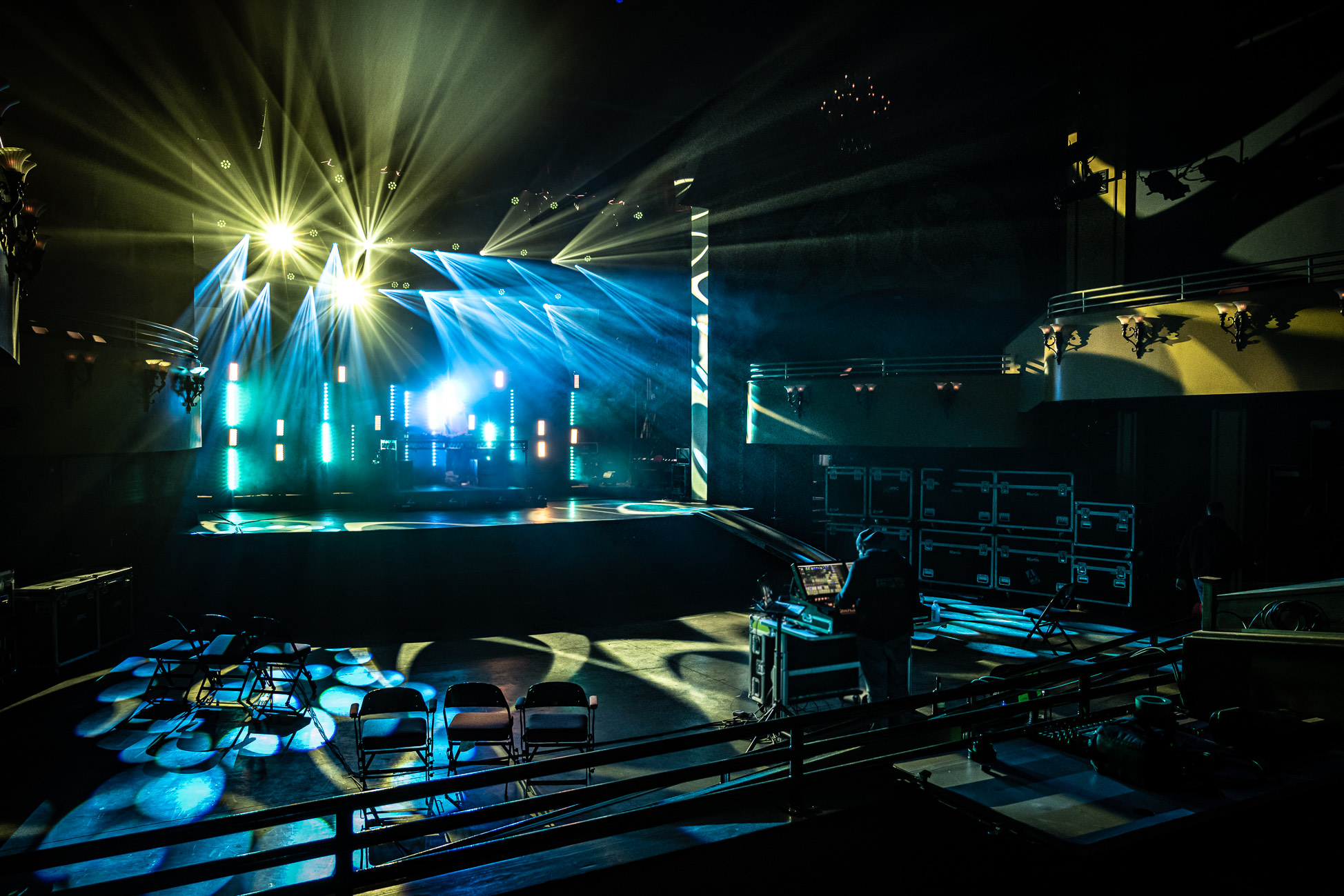 Soon after the lockdown began, this Connecticut-based designer sat in his shop, idle for the first time in years, contemplating the future. Although its details were (and remain) uncertain, this future, as he saw it on that cold March day, offered a clear choice: wait for someone else to give him answers or create solutions.

For Morrell, who had built a successful career in entertainment lighting and production by embracing new challenges, the answer was obvious. COVID-19 may have brought tours, club dates and events to a grinding halt, but he was determined to forge ahead and develop new skills and techniques to help him and his business, ARC Sound Stage and Lighting, flourish once this moment in time passes.

With the theater next door to his Norwalk warehouse closed as result of the ban on live events, Morrell went ahead and leased the building so he could use it to produce thrice weekly livestream House and EDM shows, which typically run between two and four hours.Drawing on ARC’s extensive connections in nearby Manhattan, where 90-percent of its business comes from, the livestreams feature some of the city’s leading club DJs. 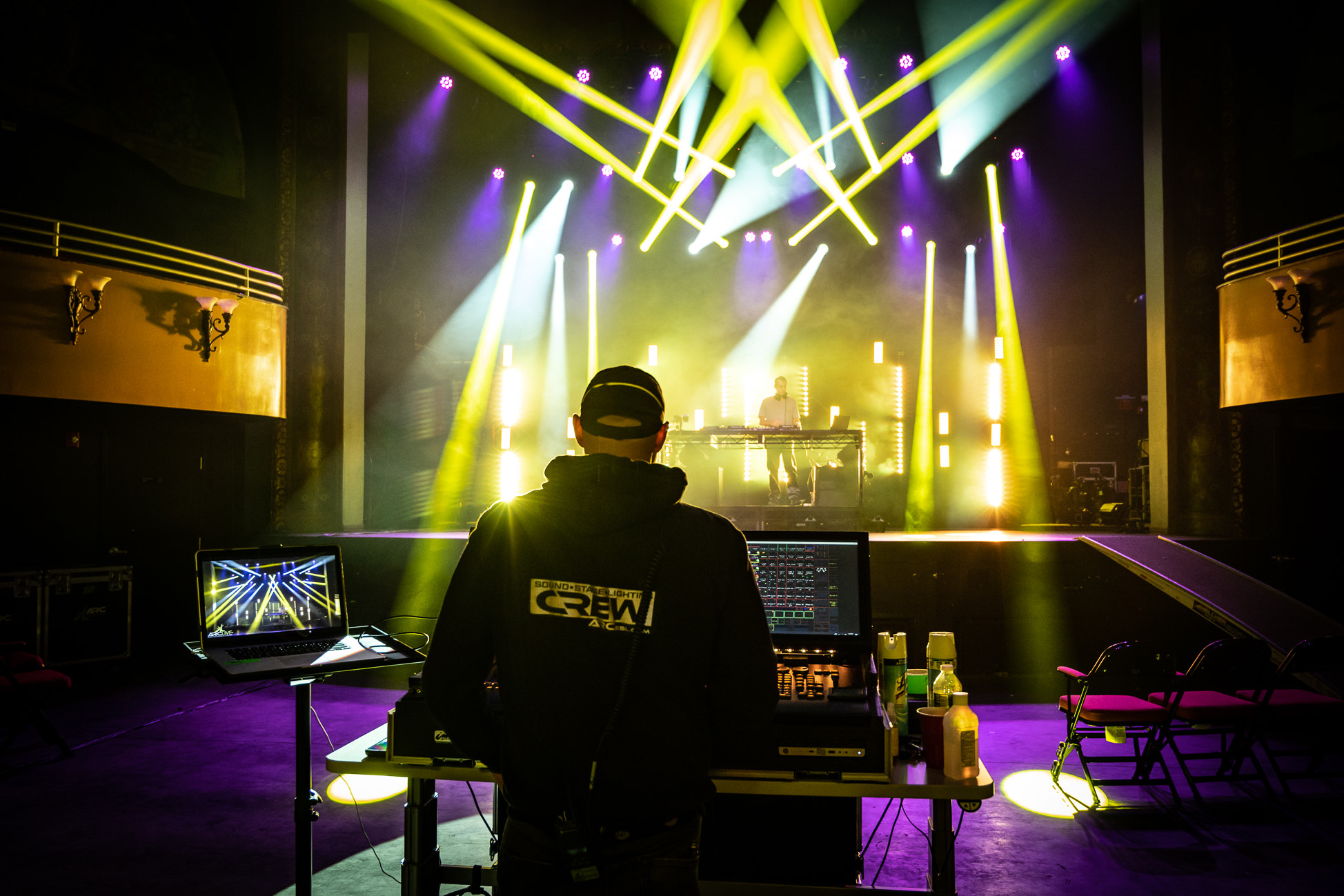 Morrell isn’t merely transferring his considerable existing skills on to the new livestream series, he’s also using the online shows to adapt and hone techniques that will result in more effective designs for smaller screens. These skills are sure to grow in importance, as livestreaming becomes a permanent part of the touring and club worlds, believes Morrell, based on conversations with clients and his experience lighting ARC’s current shows.

When guest artists enter the ARC parking lot for those livestreamed shows, they are greeted by a beautiful graffiti garden of murals painted on the building and sea containers. Some of this artwork includes uplifting words of encouragement. These messages raise spirits during challenging times, but none speak as loudly, or eloquently, as the example being set inside this building and the adjacent theater.

Taking time from his busy schedule, Morrell spoke to us about post COVID-19 entertainment lighting, and the power of courage in helping him prepare for this transition. 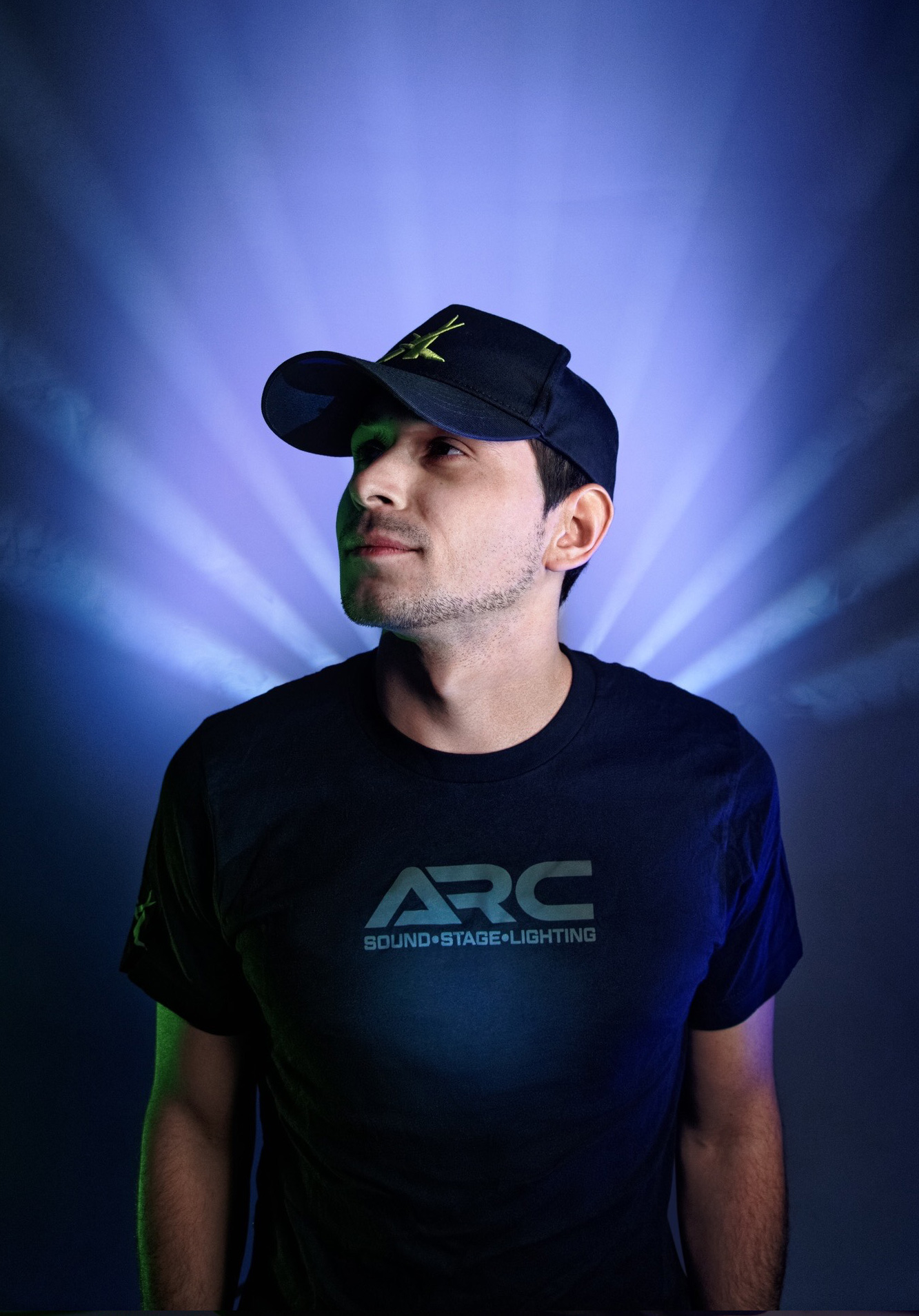 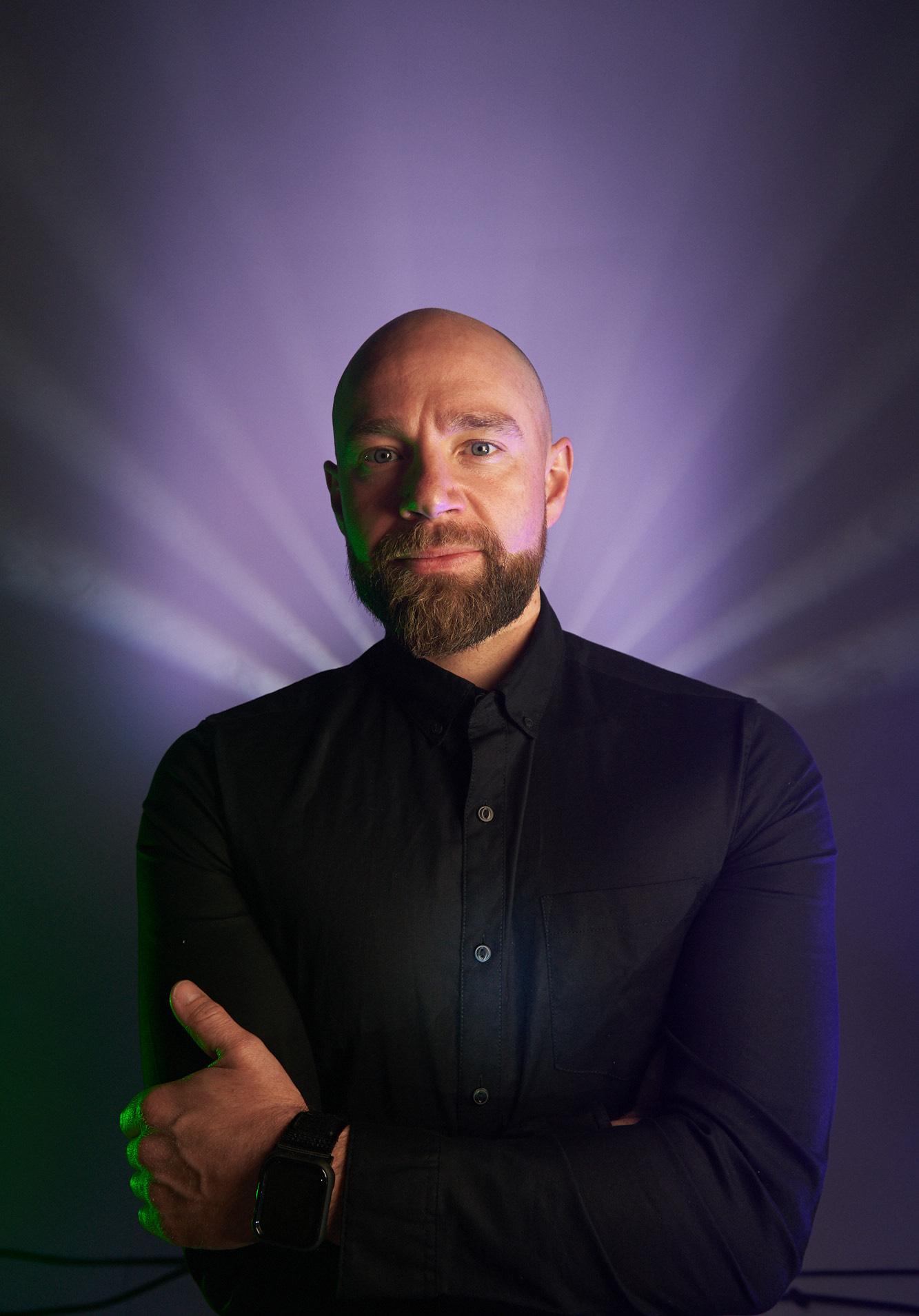 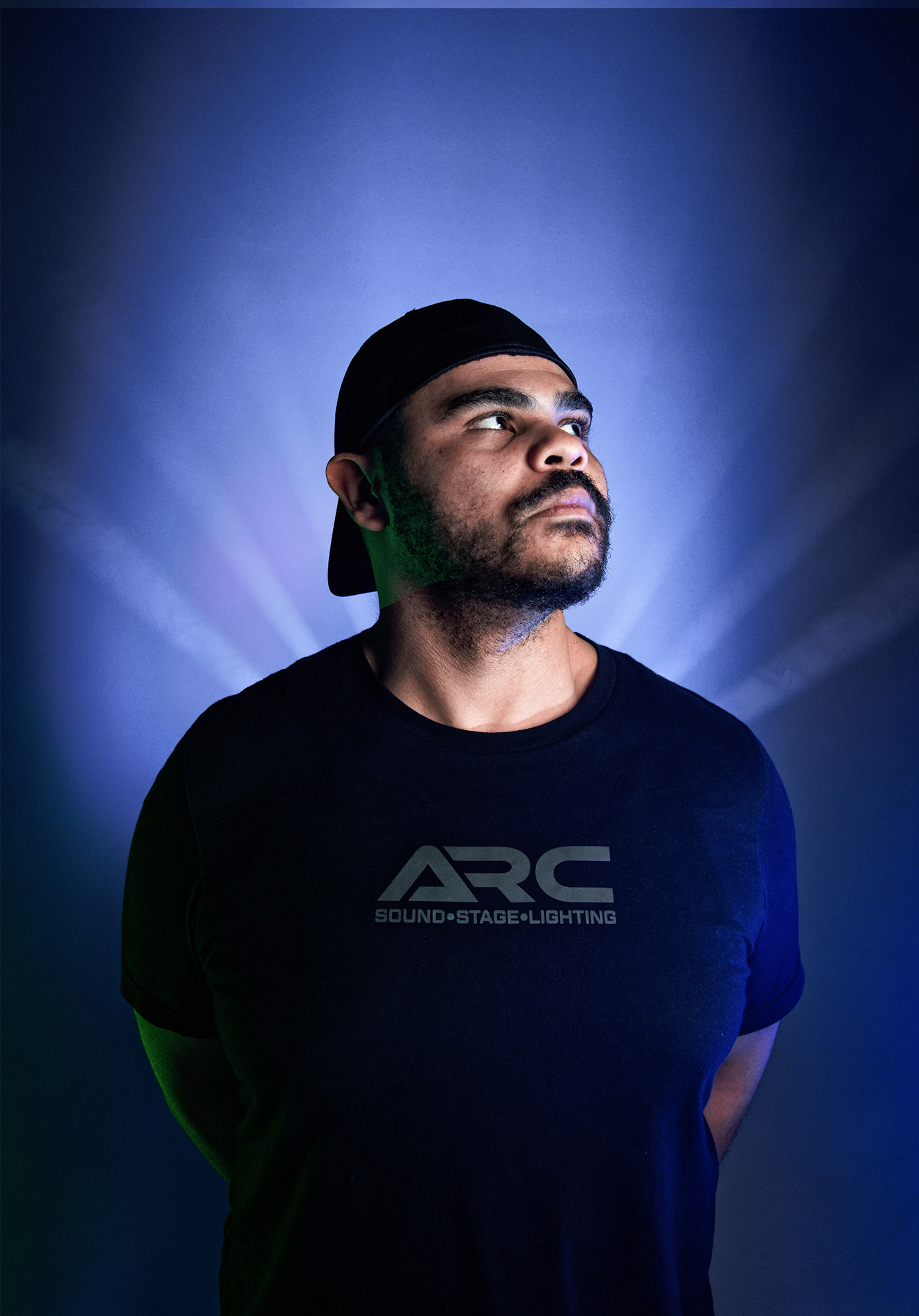 Soon after the lockdown went into effect, you started drawing up plans for ARC Live. What motivated that decision?
“I was left questioning the fate of our industry and what role we would play in its future. After about 10 minutes of sitting in my shop I decided it was time to run, not crawl.”

Your livestreams take place from a theater that you leased expressly for this purpose, rather than from your warehouse. Why go through that expense, rather than just use your warehouse?
“We wanted to create a more artistic experience and not just do what everyone else has been doing. There was an incredible opportunity to utilize a beautiful space. We knew we wanted to embrace the empty room and wanted to be able to show wider shots to emphasize this is something new that we created to adapt to our new normal. We wanted to hit the ground running.”

Did you light any livestreams before this current crisis? What lessons have you learned about lighting livestream shows in recent weeks?
“We’ve worked with festivals that were also livestreamed, but that was never the main focus. I find its different when only worrying about the end user. The biggest challenge is I light my shows based on the feeling I would want to experience if I were in the crowd. I love to utilize big impact and a lot of negative space to create theatrics. Unfortunately, that doesn’t translate well on a TV and especially not on a 7-inch phone.”

Do you think livestreaming will continue to play a role in touring even after the prohibition on social gatherings is lifted, or partially lifted?
“Once some normalcy has returned, I predict a strong 30-40% of touring will revolve around Livestreams. A lot of people are content with the current situation. They’ll come out at first to get a taste of what we’ve all been missing, but most people have realized they don’t mind spending time at home.”

So, how will this affect the way tours are lit?
“We will have to start thinking about how the lighting translates on camera in addition to the feeling of the room and the live crowd. I feel like LDs will have the same challenge we face with balancing the scale back of dramatic blackouts for the benefit of the home viewer and still keeping the big impactful energy for the concert goer.” 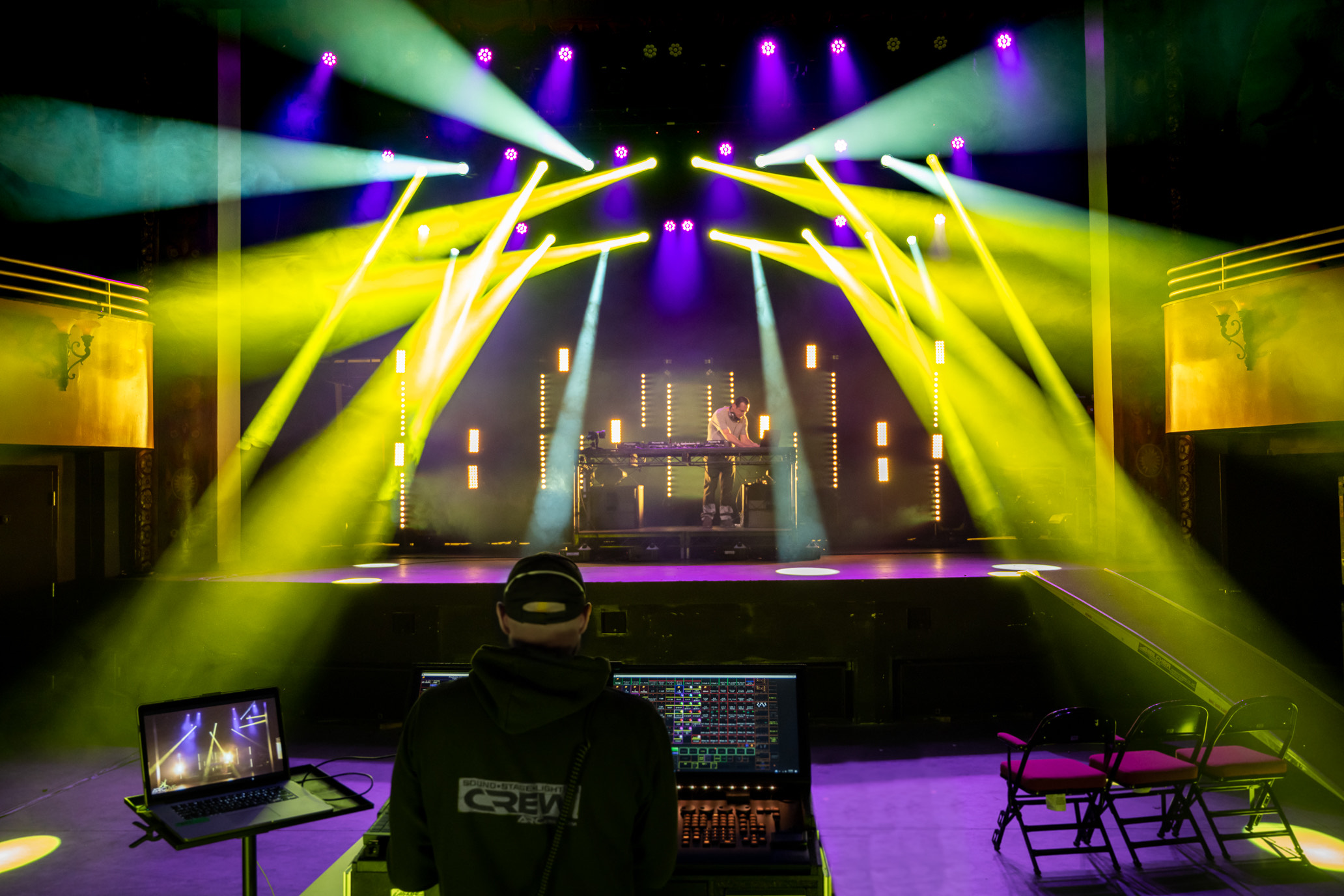 How about DJ club performances? Do you think clubs will livestream them since they won’t be able to open at full capacity?
“Absolutely and we have already been building them. The industry was heading in that direction and the lockdown forced us to hit the nitrous on its rollout.”

Will tours and clubs incorporate Zoom types of live feedback features into livestreams to allow fans to interact with artists?
“Yes, but we are still waiting for the right software to be developed. We are in talks with multiple companies who are working to help fill the void.”

Based on the things we’ve been discussing, does the growing prevalence of livestreaming require lighting designers to learn new skills?
“One hundred percent – if they want to stand out! We need to start thinking in terms of framing a shot and the ability to have impact while not having people think their TVs are broken. There is no feeling out a room in this instance so we need to come up with new ways to entertain the audience and keep their attention in a highly distractible environment.”

Do you see the touring and club worlds ever returning to where they were before COVID-19, or will they be permanently changed?
“In the short term, entertainment will accelerate once the social distancing protocol becomes more lax. Long term, I believe what’s done is done. This period of time allowed people to adopt new routines and I think people are not as eager to get back into the ‘old way’ of doing things as we would hope as entertainment industry professionals.”

How has this crisis changed you creatively in terms of your approach to design? What are the lessons that you’ve learned from it?
“Working all different types of events my whole life, I was always pulling from different aspects of my knowledge and creativity. The job of lighting something is a constant variable. Throughout the Livestream process, I’ve done what I normally do – adjust accordingly. Every show has its own thought process and its own unique set of challenges. This is no different. The obstacles have just changed. We believe the most important thing above all else is to continue to create and adapt.”