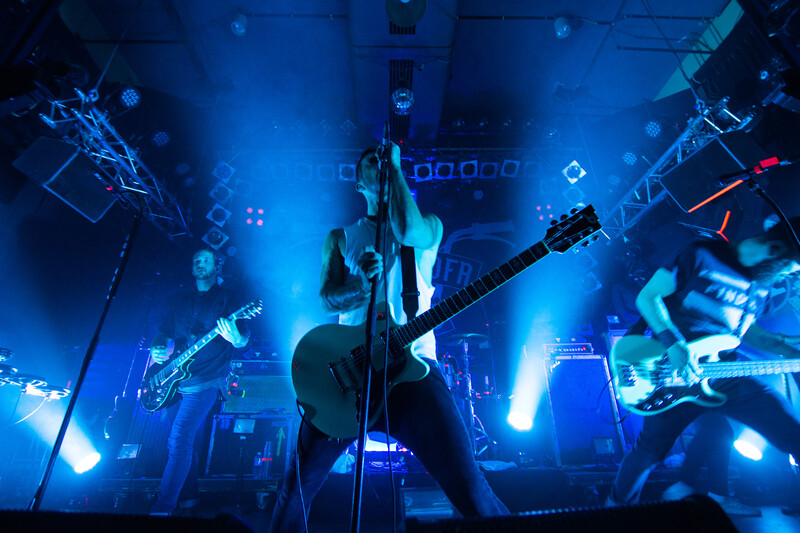 BERLIN – Former Stooges bass player Mike Watt once famously declared that “punk is not really a style of music; it’s more like a state of mind.” His words aptly describe the world of the Alex Mofa Gang. Even three successful studio albums haven’t dimmed the street-borne punk fervor of these hard-driving Berlin rockers. This was plain to hear (and see) on the thunderous 15 leg German tour they just completed in support of their latest LP “Ende Offen.”

Backing up the band’s music note for passionate note was an intense Gabriel Paul designed lightshow that featured a collection of 22 CHAUVET Professional fixtures supplied by PM Group.

Working and touring together with the Alex Mofa Gang band members, Paul developed a staunchly defiant lighting concept, that focused virtually all of its energy on backlighting the quintet on stage. Illuminating the band from this angle, without the reassurance of front light and top light, evoked an arresting sense of uncertainty. 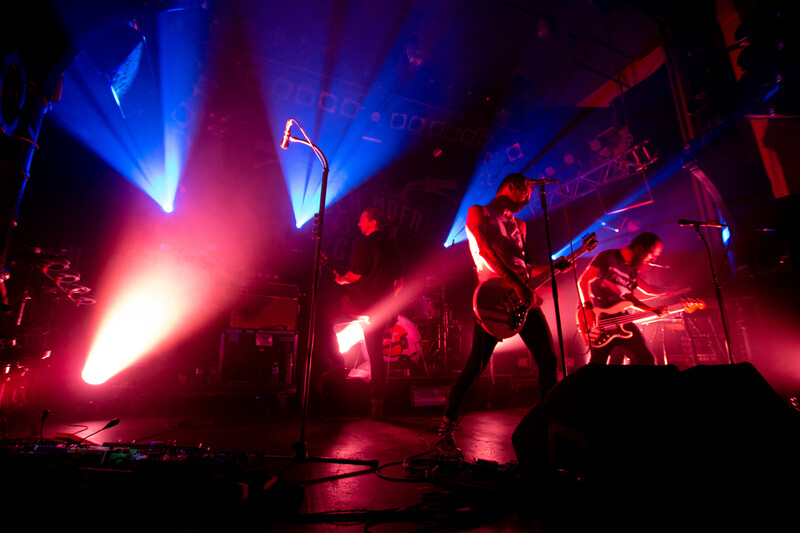 Key to helping Paul accomplish this were the four Rogue R2 Wash and two Rogue R1 Wash fixtures in his rig. “The Rogue R1 and R2 Wash fixtures were instrumental in creating the overall look and feel of the band’s visual concept,” said Paul. “I was able to use the zoom feature to create almost beam-like effects from behind the band, which gave visual presence and purpose.”

While the rich colors of the Rogue R1 and R2 Wash units accentuated the dramatic punk sound of the band’s performance, the two Maverick MK2 Spot and two Rogue R3 Spot fixtures in Paul’s rig helped him endow the stage with a greater sense of depth. Drawing on the intensity and gobo capabilities of these fixtures, he peppered the stage with dramatic patterns that reflected the music. 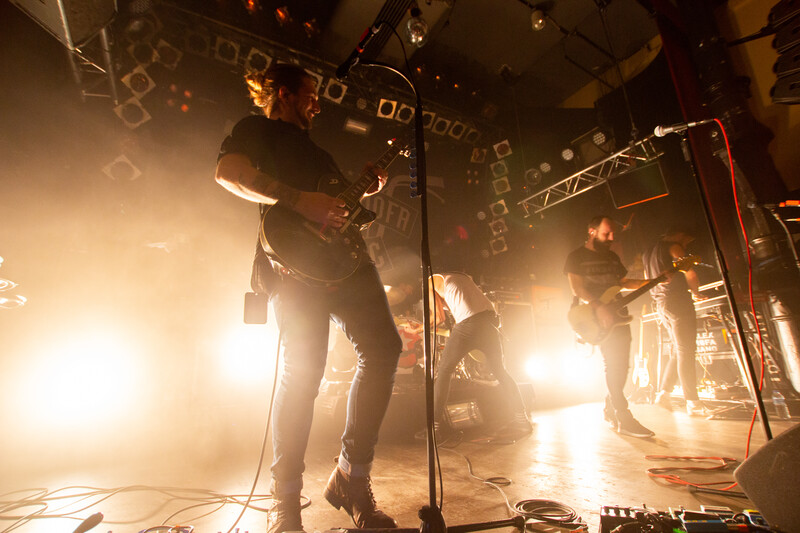 Paul relied on four Rogue R1 FX-B fixtures with their five independently moving heads and infinite pan and tilt motions to conjure up a steady stream of new looks throughout the concert. “The FX-Bs were a late addition to my rig, but they worked wonders in terms of adding variety to a show,” he said. “Although they were not on all the time, they performed an absolutely crucial role in whipping up audience excitement at key points during the band’s set. Really, they were my ‘secret weapon,’ as I was able to turn up the intensity for the audience as the show went on, creating the impression of having a much bigger rig on stage.”

“For me as a lighting designer, the challenge was to ensure that the same visual punch could be delivered in each venue, which was somewhat of a challenge in some of the smaller venues with their small stages,” continued Paul. “The compact footprint of all the CHAUVET fixtures enabled me to be flexible with my design and ensured that the light show always supported the music, much to the satisfaction of the band and audiences.” 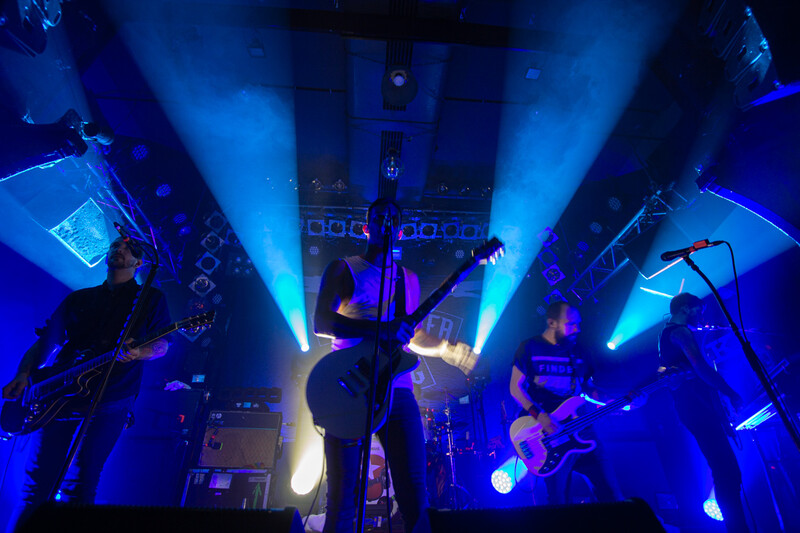 Crucial for any punk rockers is the band’s logo backdrop. To illuminate his client’s cyclorama, complete with its Alex Mofa Gang motif, Paul used eight COLORdash Batten-Quad 6 fixtures. Thanks to the wide-angle wash effect of the six individually controllable quad colored RGBA LEDs, he was able to bathe the backdrop with saturated colors for additional visual variations.

Lit this way, the backdrop served as a symbol of the Alex Mofa Gang. Like a flag it stood out defiantly, blending in with all of the other sights and sounds that the band and its lighting designer treated fans to on this Ende Offen tour.