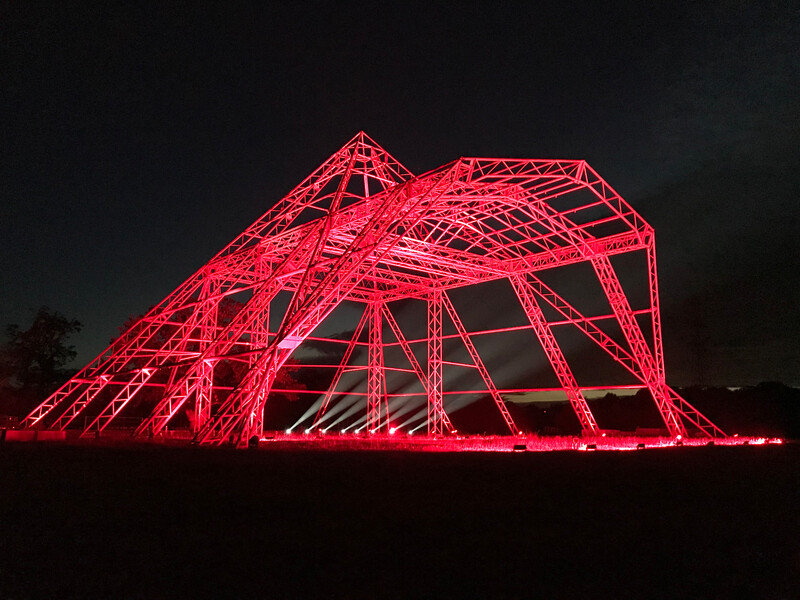 PILTON, UK – Like a ghost ship at bay, the Pyramid Stage at Glastonbury stood eerily silent when Rob Sangwell and his team from Fineline Lighting visited in early July. Outlined against a gray sky, its stark metal frame shorn of all the coverings, lighting fixtures and PA gear that are so familiar to festival-goers, the iconic structure seemed lost and forlorn.

In its isolation, the stage served as a metaphor for the state of the live entertainment industry, believed the Fineline team. This led them to select it as the site of their Light It In Red display.

“We wanted to do something big and we considered many local landmarks, but the pyramid stage was the best choice, because it is such a recognizable structure,” said Sangwell. “Plus, in its current form, with no stage deck or sheeting, it’s very representative of the state of our industry today. The Pyramid Stage is a steel skeleton waiting for the talented crews and companies who usually descend on the site in June to transform it into the spectacular production space we all know and love. We knew that if we could get permission, it had to be the site we lit!” 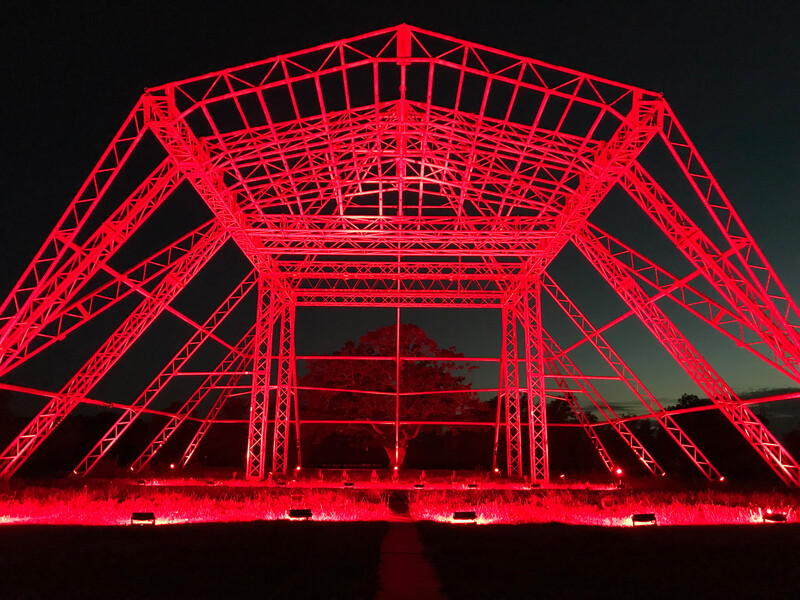 Included in the kit that Fineline used to light this redolent site were 28 Maverick Storm 1 Wash, eight Maverick Storm 1 Spot and four Maverick MK3 Profile fixtures from CHAUVET Professional. Controlling the kit with a ChamSys MQ100 console, they positioned the wash fixtures all the way around the interior of the Pyramid. Orienting these units downstage, the design team used them to highlight the main steelwork supports and accent the structure’s shape.

The spot units were positioned in a line across stage roughly where the upstage video screen is typically located. These fixtures were used to boost the brightness toward the top of the structure and remove shadow where required. They also were relied on to create beam effects for photographs.

Sangwell and his team arranged the Maverick MK3 Profiles outside the Pyramid, two in front and one on either side of the structure. From these side positions the high output fixtures illuminated the front and top of the pyramid. 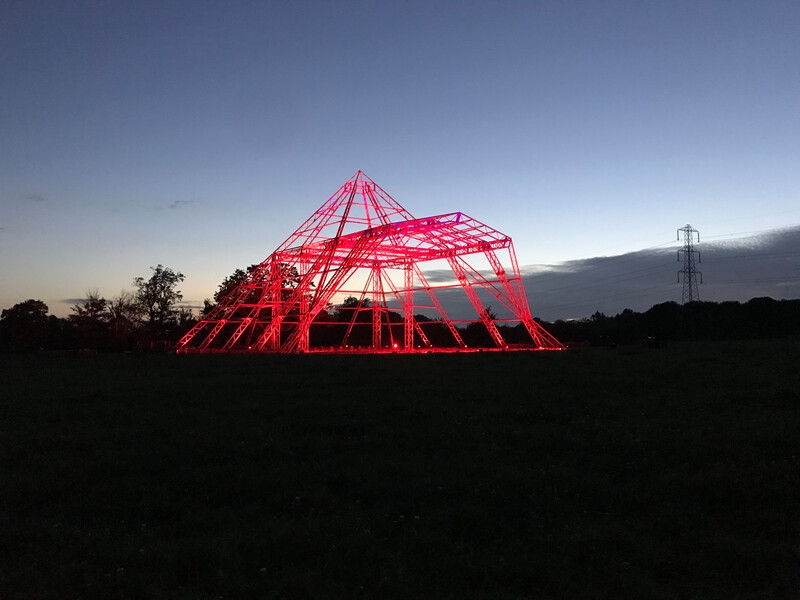 While they worked on the Light It In Red design, the Fineline crew attracted the attention of some unique visitors. “When the festival is not taking place, this site is a working farm,” said Sangwell. “On the day we were there, the Pyramid Field was home to a good number of the famous Glastonbury cows. Inquisitive animals — no sooner had we started to unload and layout the kit, then they were there sniffing and licking the lights, which luckily were IP rated. They seemed to like the Storm Wash fixtures the most. Thankfully, they lost interest before we had to fire the lights up.”

The bovine visitors were not the only unusual sight during set up. Working with only a small number of people with no one in the audience (save the cows) in an area where a quarter of a million people gather during the festival was a surreal experience. It did, however make set up go smoothly.

“Setup was a simple process, which is not surprising given the circumstances,” said Sangwell. “A lot of people pulled together to make this happen, including Michael Eavis, Emily Eavis, Haggis Mcleod, Jason Bryant, Chris Salmon and Rob Kearle from Glastonbury; Jim Creed from Powerline, who loaned us his generator; and our crew: James Harrington, Reuben Pinkney, Chris Randall an Fox Valentine. Creating an expression of solidarity with our industry meant a great deal.” 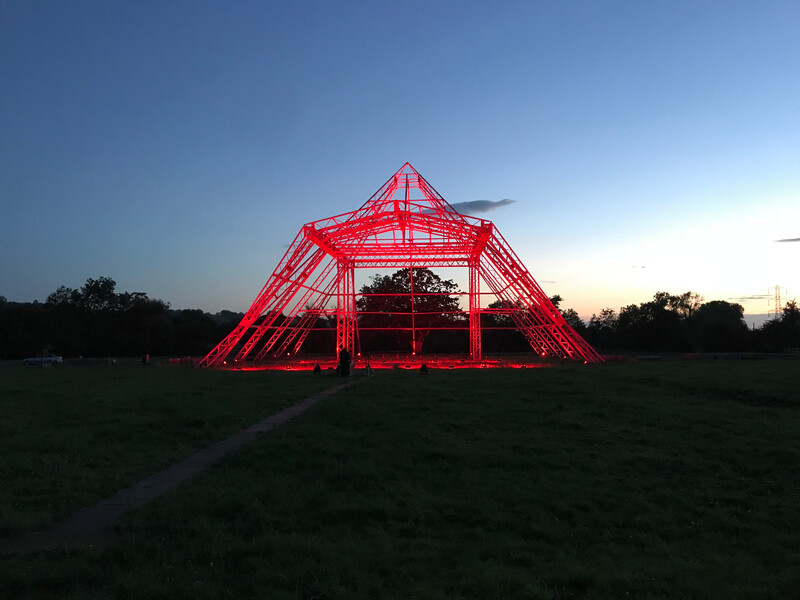 The full impact and meaning of Light It In Red was driven home to Sangwell when the day’s work was done. “As the sun set behind the stage, the metalwork structure started to glow red with the drop in daylight allowing the fixtures to cut through and reflect off the galvanized steel,” he recalled. “This beautiful sight — and just being in a familiar field with a bunch of great people making something creative happen was great. It’s in our blood, we need to do this.”