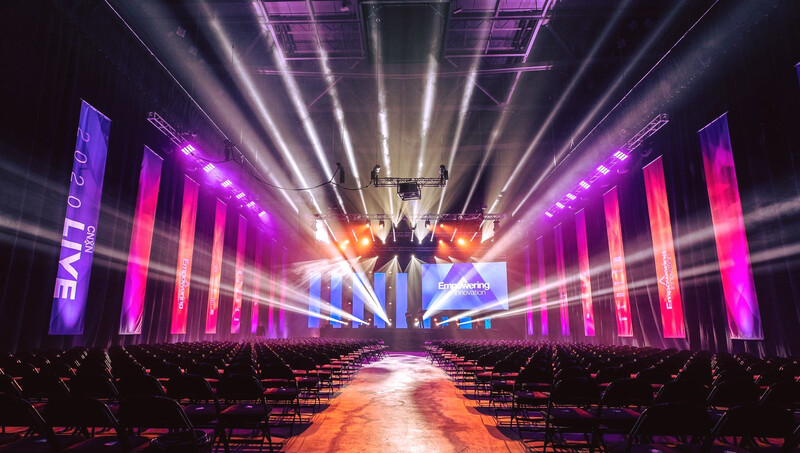 MANCHESTER, NH – The imposing brick and blue steel structure now known as the SNHU Arena has filled many roles since it opened in 2001. Not surprisingly, being in the heart of the state that holds the first-in-the-nation presidential primary, it has hosted rallies for virtually every candidate in this century who’s aspired to take up residence at 1600 Pennsylvania Avenue not to mention sports, concerts, and conventions of every type.

On Wednesday February 5, the spacious arena assumed a somewhat different appearance. Instead of swelling with crowds of 10,000 or more as it does for political rallies and concerts, it welcomed a more intimate gathering for a “Sales Kick Off” event by the global multi-billion- dollar IT services provider Connection, Inc. Once inside the arena, the conference’s thousand or so guests were immersed in a welcoming environment that featured an Events United lighting, video, audio, and scenic design anchored by over 70 fixtures and 56 LED panels from CHAUVET Professional.

“We worked with the venue staff to transform the SNHU Arena into a blank canvas by draping off 90% the side seating,” said Tim Messina, Events United owner. “This gave us the ability to work with a 90-foot vertical trim height, but still have people feel that they were in a smaller space. Our goal was to make this event all-encompassing for the guests in attendance, as well as for those watching the live stream that was sent to Connection’s remote sites. Our team did this through the use of lighting, video, and scenic elements, from the lit banners on the sides that transitioned to the video wall on the stage, to the overhead moving fixtures and aerial effects.” 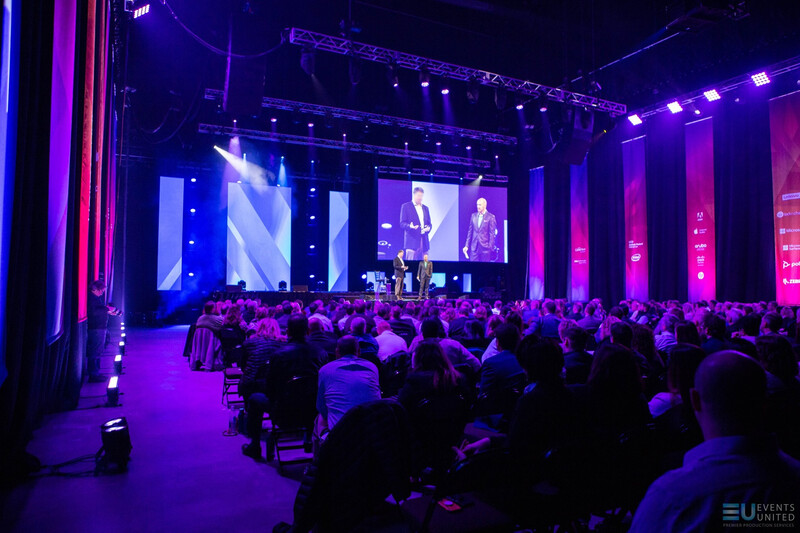 Key to creating this transformative environment were the F2 Video panels in the event rig, which displayed custom content created by Connection’s talented creative team. Suspended from an automated rigging system, supplied by United Staging and Rigging, the video wall changed positions during the Sales Kick Off to coordinate with the flow of events on stage.

“Our F2 panels matched well with our 40,000-lumen laser projector, in terms of both color and resolution,” said Messina. “Video content was also spread across the 24-foot projection screen on to the video wall to make a seamless presentation. We had to track the video wall as it changed positions, so the content moved in physical space as well.”

“This was a challenge but our lead video engineer Jon Martell and video wall tech, Joel Pelletier, made it happen beautifully,” continued Messina. “Lining up the panels was a challenge because of the dynamic weight load would change as the video walls moved across the rig — and because the F2 is so high resolution we had to have tolerances of less than two millimeters to line up video wall segments correctly. We worked closely with Andrew Willkinson from United Staging and Rigging to make sure everything lined up just right.” 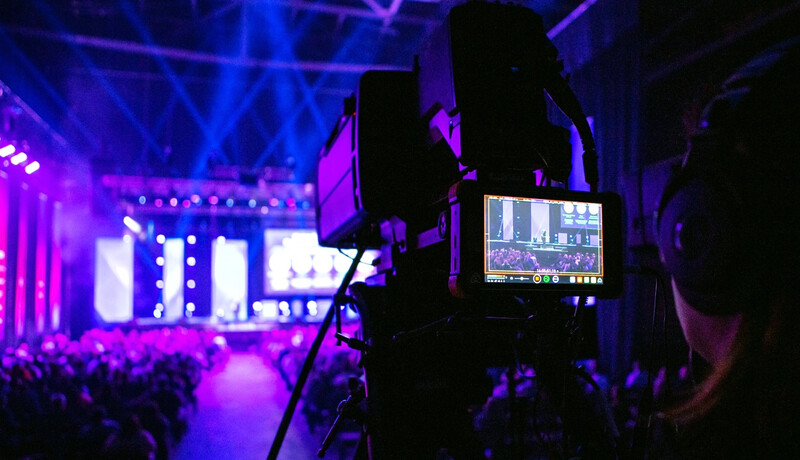 “The lighting had to complement all video content and add energy to the event through movement and aerial effects,” said Messina. “Ryan Lane was our lighting designer for this event. Since the event was streamed, we had to light effectively for video as well as live. This made it important for us to have exceptionally well-lit stages for camera that ensured all of the elements in our design were properly exposed. The Mavericks in particular allowed us to nail color temperature, brightness, and quality of light every time.”

Events United also provided audio and a full switching and camera package for this event. “Donald Van Slyke mixed for broadcast and Chase Clark was our FOH audio engineer, both mixed on Avid S6L consoles. Our main speaker array consisted of 16 flown d&b Audiotechnik J series speakers with Y series for fills. It’s very important to us that audio is consistent and clear for every seat in the house.” said Messina. “We added audio zones to direct the attention of attendees to different areas of the stage. If a presenter is speaking from the stage thrust then we wanted the audio to come from there. If there is a video playing then the audio needed to come from where the screens were displaying the content.” 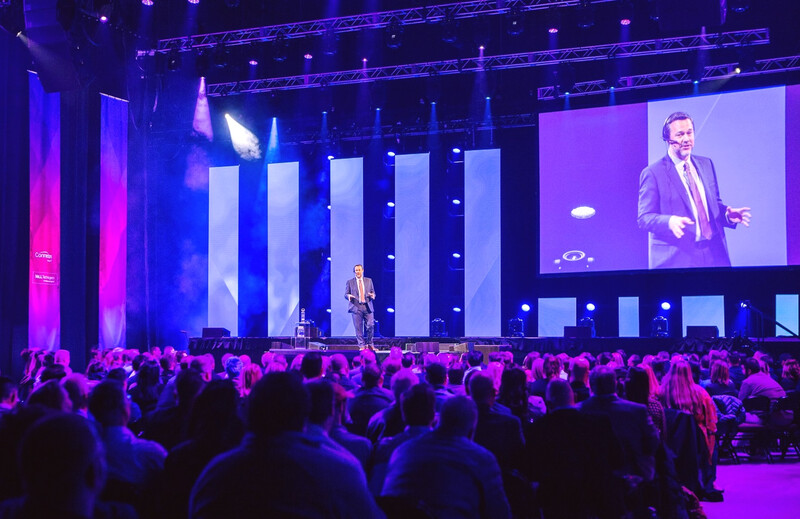 Using sound to direct attention? Blending video across multiple display types? Moving video walls? Completely changing the look and feel of the venue? Even at an arena that has seen just about everything, the Events United team continues to set new standards.