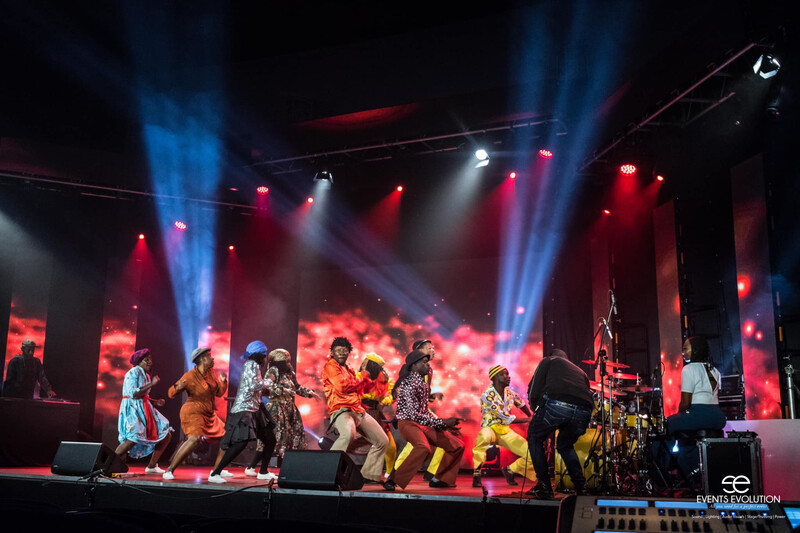 HARARE, ZIMBABWE – Cement is solid, reliable and essential to building the infrastructure that most people take for granted. But as far as glitz and glamour go, even the biggest fans of this dependable substance have to admit that it isn’t a very exciting product.

PPC Zimbabwe, the African nation’s largest cement maker, changed all that recently when the company introduced its new SURERANGE series. Heralded with the kind of fanfare typically associated with the release of a film or rock album, the product launch featured a lavish livestream presentation with exuberant dancing, music by performers dressed in construction worker outfits, and a colorful fast-moving light and video show from Events Evolution that featured CHAUVET Professional fixtures.

Lighting and Set Designer Blessing Bero worked his magic in the livestream, which was videoed at the SK Borrowdale theatre, with help from nine Maverick MK2 Spot and four Rogue R2 Wash fixtures. The Maverick units were flown in groups of three on upstage truss, while the Rogues were hung in pairs from the same structure. 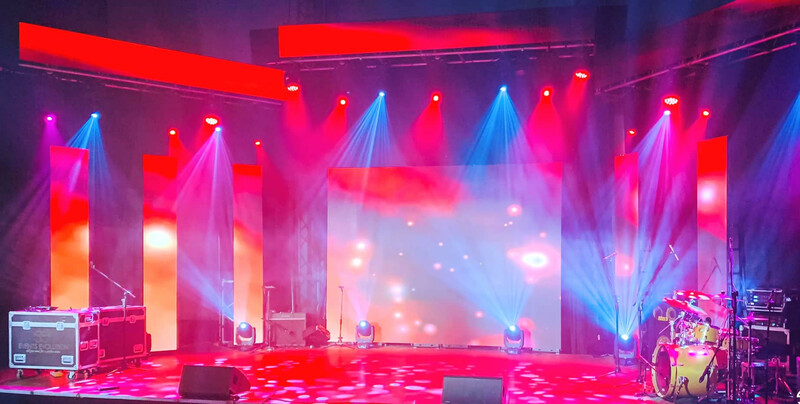 Orienting these fixtures downward, Bero used them to add depth to the stage with gobo patters, to separate areas with color changes, and to create captivating patterns that would fit the small screens that are common in the livestream format. The Maverick and Rogue units were also used to downlight performers, and highlight individuals during solo performances.

“Our Maverick and Rogue fixtures both have extreme zoom, so they worked well together to give us coordinated looks,” said Bero. “We relied on them to create immersive colors across the stage.”

The color and movement from the Maverick and Rogue fixtures flowed seamlessly with the video images that danced across the stage. Video Designer Tatenda Gaylord Rushwaya arranged his LED panels in three strips, located to both the left and right of center stage, where his positioned a 4.5m by 3m solid wall. 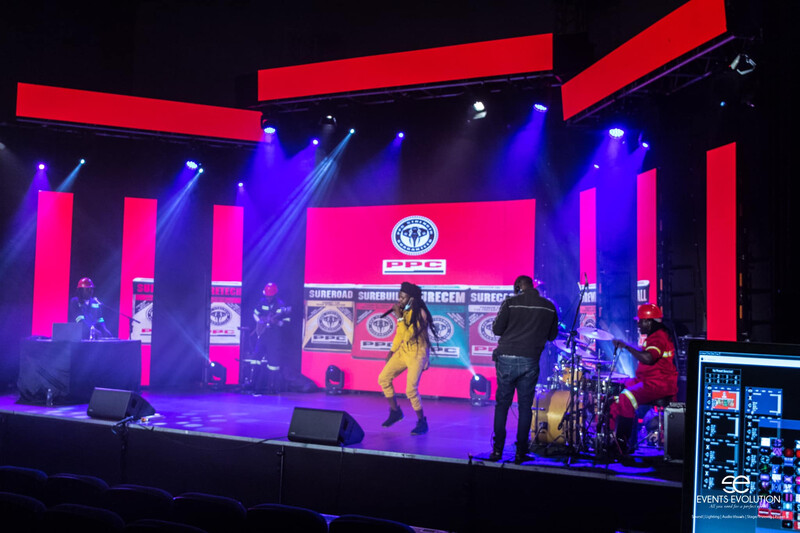 Rushwaya used the panels to display breakout patterns that supported the musical performances and to show messages from PPC Zimbabwe. Throughout the entire series the SURERANGE banner was displayed on the backdrop.

Lighting Tech Kingdom Kudzerema and Video Tech Isaac Kaseke worked with Bero and Rushwaya to ensure that cues were hit to perfection, something the design team felt was particularly important in a livestream production for a multi-national corporate client.

Working within the confines of the livestream format, the design team described its show as a “basic old school” presentation of color and movement. Old school? Perhaps, but like cement itself, the show provided a solid and strong structure that allowed the performers on stage reach great heights. 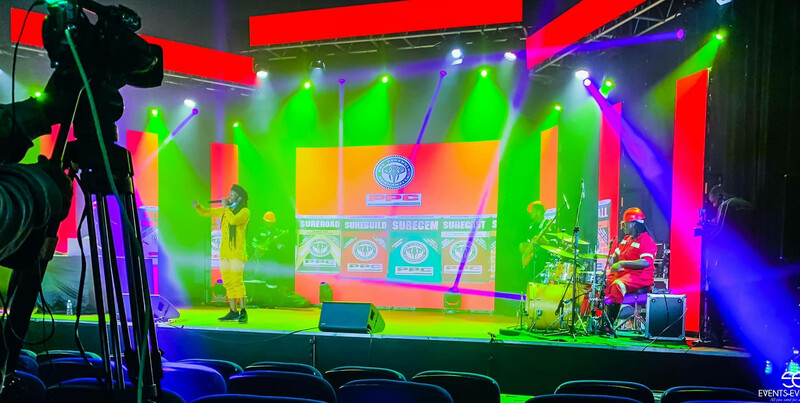