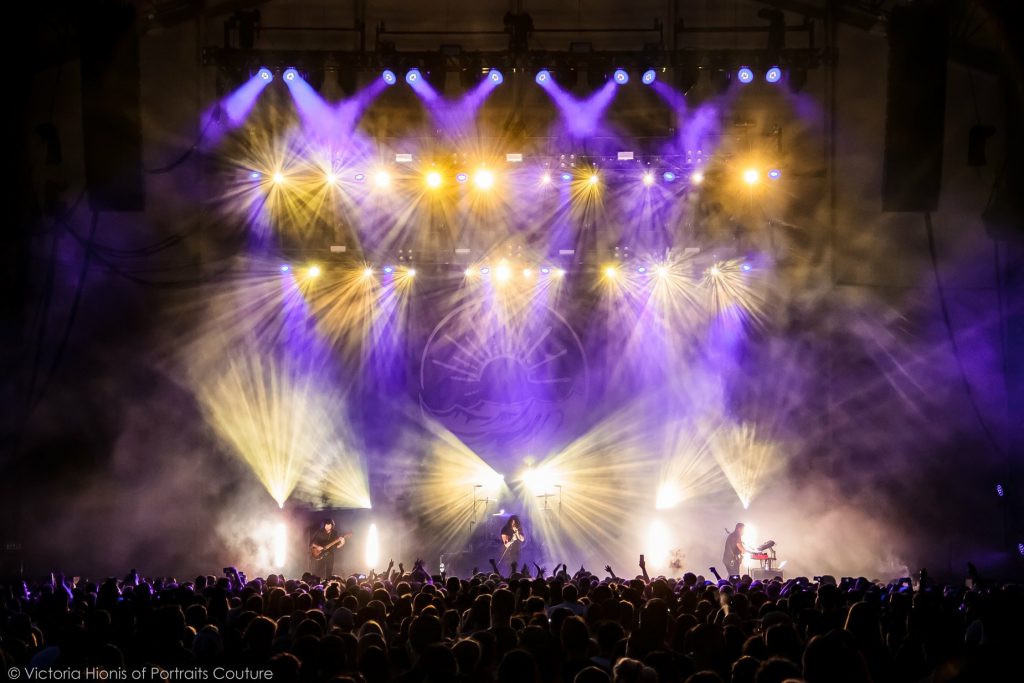 NASHVILLE – Opportunity knocks in different ways. Eric Price was enjoying his summer last year when he got a call from his old friend David “Suge” Jun, whom he had worked with on tours in the past. The guitar tech for Taking Back Sunday, Jun told his friend that the band was looking for a lighting designer, and encouraged him to contact them. Price jumped at the chance.

Price’s enthusiasm wasn’t fueled only by his appreciation of the iconic band’s sound, but also by the creative opportunity their versatile music offers a lighting designer. Moving from the staccato pace of gold record hits like “Timberwolves at New Jersey,” to the growling “You’re So Last Summer,” to the plaintive “Better Homes and Gardens,” the New York-based quartet cover vast musical territory. Price’s design flowed beautifully along with their far-ranging music on their tour with Coheed and Cambria this summer. Helping him achieve this feat was a versatile lighting rig supplied by JR Lighting Design that featured CHAUVET Professional Rogue R2 Wash fixtures.

“I’ve been working with the band since summer 2017, and it’s an amazing experience,” said Price. “This July and August we did a tour with Coheed and Cambria. Their designer, Mike “Geek” Hionis, and I collaborated on the design of the main rig. We were both looking for something versatile and strong, but also easy to bring in and out of the venue each day. It was important to both of us to have a nice balance of sharp and soft-edged fixtures. At some shows, our set started in daylight, so I wanted to ensure there would be an entertaining lightshow even when the sun was still out.”

Key to Price’s design were the 22 Rogue R2 Washes in his rig. He flew 12 of the RGBW moving fixtures upstage and 10 on midstage truss. Using the units for top lighting and backwashing, he changed colors to reflect the varying moods of Taking Back Sunday’s music. With five zones of LED control and a zoom range of 12° to 49°, the Rogue units also gave Price the flexibility to mix in different looks with his colors.

“My initial plan was to use the Rogues for top lighting, but as the tour went on, I found myself going to them more and more for aerial effects,” said Price. “Their output was more than up to the task.”

Also in Price’s rig were five custom rolling set carts built by JR Lighting Design that held LED strips, strobes, blinders and hybrids. “Aside from being versatile, we wanted our rig to set up quickly,” said Price. “Our light techs, Mark “Chud” Williams and Ben Jarrett; our rigger, Justin Mathais; and our stage manager, Scott Wolf, killed it on the tour. All the people involved in this tour, including the members of both bands, were great; it was like family. Forming bonds of friendship is one of the best things about touring.” 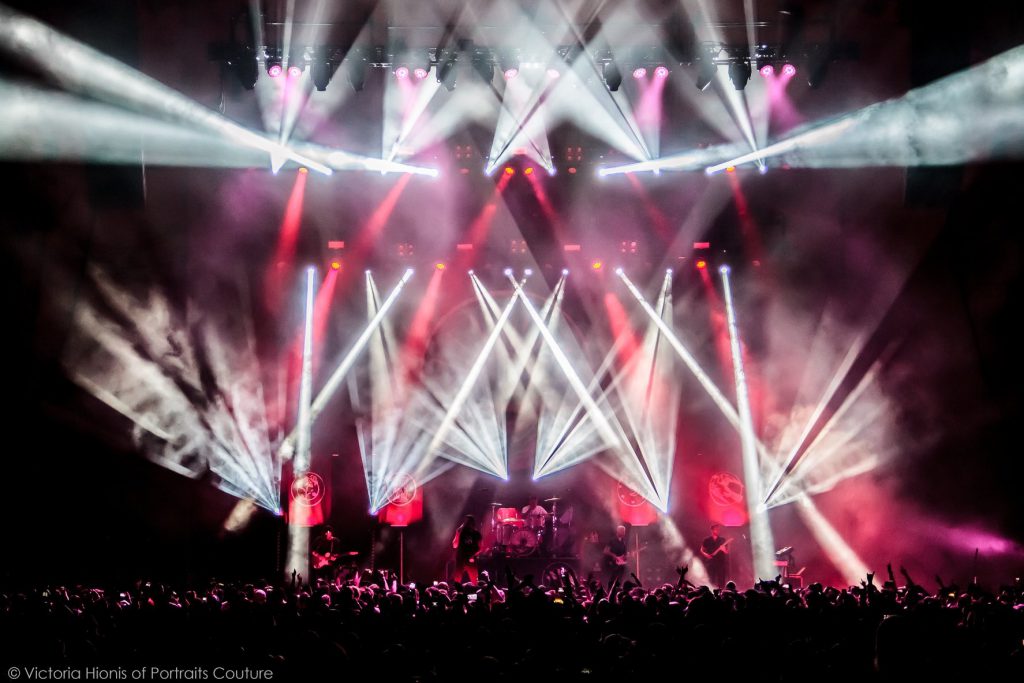