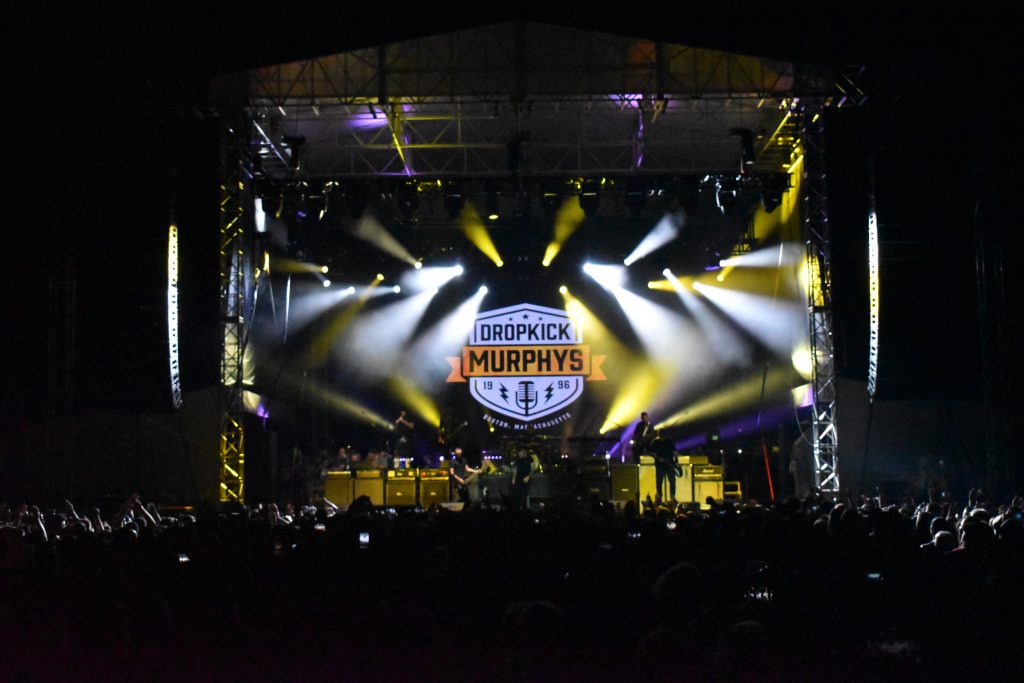 SUNRISE, FL – Millions of fans got their first taste of Dropkick Murphys’ potent Celtic punk musical brew watching Martin Scorsese’s Academy Award winning film The Departed. The Quincy, Massachusetts-based band’s platinum hit “I’m Shipping Up To Boston,” ran through that dark and edgy gangster drama like a red-hot wire. Although the movie may be ten years in the rearview mirror, Dropkick Murphys’ fires are burning as brightly as ever. This intensity is on full display in the group’s current tour, co-headlined with the iconic and equally potent punkers Rancid, in support of its ninth studio album.

Along with the relentless energy, non-stop crowd surfing, and big explosive sound, the tour is serving up some searing visuals for both groups courtesy of a Cody James designed lightshow that features CHAUVET Professional Maverick and Rogue fixtures supplied by JDI Productions. “There’s a great amount of energy on this tour,” said James. “Neither band ever takes its foot off the pedal, so our goal is to create a continuous flow of punchy looks for two 90-minute sets.” 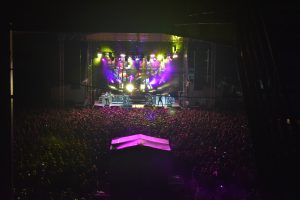 Meeting this challenge can sometimes get complicated, since the two bands alternate opening for one another. This means that James has to fight the sun for one of the two groups at every venue. The intense output of the six Maverick MK1 Hybrids in his rig has made this task easier.

“The Maverick Hybrids are my go-to fixture for this tour,” he said. “I begged for them. Their power is first and foremost what stands out. I can use them as a beam that cuts through the stage at 3 pm, and then as a wash and great back light at 9 pm.”

To expand the looks of his show and accommodate the wide variety of stage sizes and configurations on the tour, James and the JDI team added six custom light carts to their rig. Each cart has a Maverick MK1 on top and at least one Rogue R1 FX-B positioned at various heights on its side.  (There are eight Rouges in the rig.) Adjusting the position of the carts makes it easier to meet the design demands made by different venues. 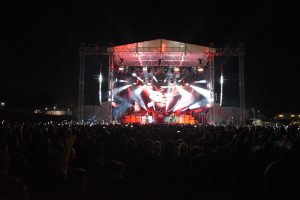 The Rogue FX-B units on the carts are used to fill out the floor behind the rig’s four set pieces.  At other times, they’re directed upward and used as aerial washes. “I love the power and punch of the FX-Bs,” said James. “They give me a wide coverage area and create a glowing wash over the bands.”

Having a powerful array of fixtures on the custom carts balances the light from the beams, washes and strobes flown on upstage and downstage truss. Aside from creating a greater sense of depth on stage, hitting the artists and audience with light from different levels magnifies the intensity at this hard-driving punk show.

“We’re able to create a lot of immersive looks, which fit what the bands are all about,” said James. “I am really thrilled with this rig, and lucky to be on this tour. Thanks to Derek Iorfida and Freddy Thompson from JDI for giving me this chance, and to Bill and Brady from Rainbow Production Services for taking care of things.”

Ironically, this tour came up “kind of out of the blue” for James. “There was a little talk about this project, but then I went out and did some small shows with some friends just to have some fun. Then in the middle of that I got the call and headed out to Europe to see the bands’ production people and the rest is history.”

For James and the sellout crowds who’ve turned out at venue after venue on this tour, it is a history writ large in light. 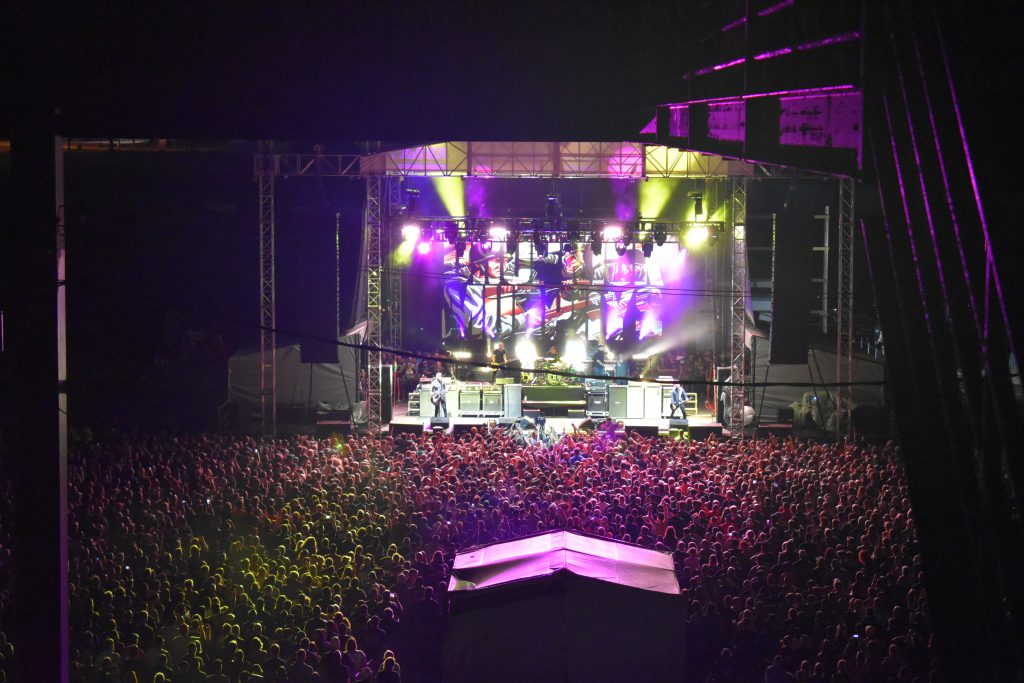