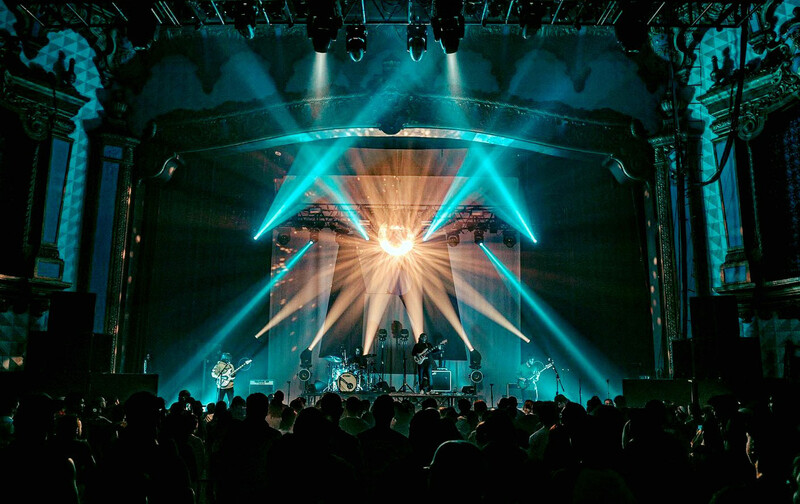 NEW YORK – There aren’t a lot of sing-alongs at a CHON concert, nor is there much in the way of crowd surfing. Even the ubiquitous cell phones are scarcely seen at the band’s shows. Instead of shooting videos, fans of this Oceanside, CA based quartet would rather be swept up by their transformative mix of progressive instrumental music with its intricate guitar sweeps, syncopated drum beats and mesmerizing rhythmic patterns.

Reflecting CHON’s music in light requires a design that is as complex and immersive as its sound, which is precisely what David Summers provided on the coheadline tour the band completed in December with Between The Buried and Me. Filling venues from the Wiltern in Los Angeles to Brooklyn Steel in New York with wide beams and sharp, beautiful gobos, while backlighting the artists on stage from multiple directions, Summers created a dreamy panorama that flowed seamlessly with the band note for transcendent note. 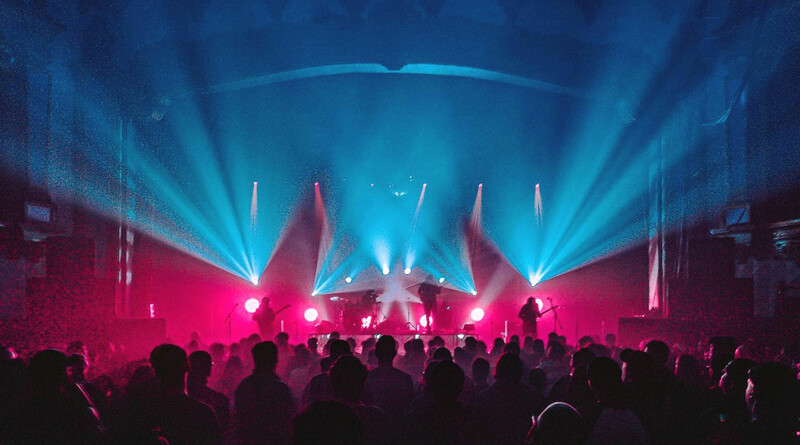 “CHON is an incredibly vibey group, which makes them fun to light,” said Summers, who worked his magic with a collection of CHAUVET Professional Maverick and Rogue fixtures supplied by Squeek Lights. “The four artists in the band are excellent musicians. The two lead guitarists have their own signature guitar models. So, I wanted to accentuate each member of the band and his instrument, while still creating a deep, otherworldly atmosphere.”

Serving as the “backbone” of the CHON tour rig were six Maverick MK2 Spot fixtures, two of which were positioned on upstage pipe, while the remaining four units were placed two apiece on four foot and three-foot pipe. From these positions, the 440W LED movers were used to fill a variety of roles from back and side lighting the band, to providing audience light, to uplighting the distinctive backdrop with CHON’s logo. 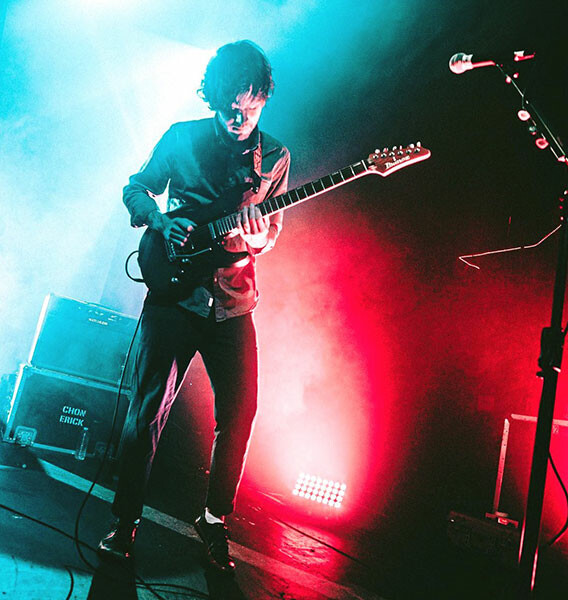 “On this tour, the backdrop was a huge part of the band’s stage presence,” said Summers. “I highlighted it with the Mavericks, especially during pretty moments of the show, to convey a mellow mood. The versatility of the Mavericks gave me a great deal of options to change up looks during the show. We really got some beautiful gobo effects out of them that transformed the room when coordinated with wide beams. It was the kind of look that made me sit back and say ‘whoa!’ I just hoped that everyone in the crowd felt the same way.”

The rig also featured eight Rogue R2 Washes that were positioned on four-foot pipe and on the stage deck by the drummer and bass guitarist. They were used to create moods by bathing the rhythm section in evocative colors.

“Steve Kosiba of Squeek Lights, who programmed the cue stacks, selected the colors to represent the essence of CHON,” said Summers. “Steve did amazing work capturing what the band is all about.”

Although most of the show was off Kosiba’s cues, Summers programmed five new songs that the band added to their set list during the tour. He also busked on top of the cue stacks to keep up with the band when it ventured into new musical directions. 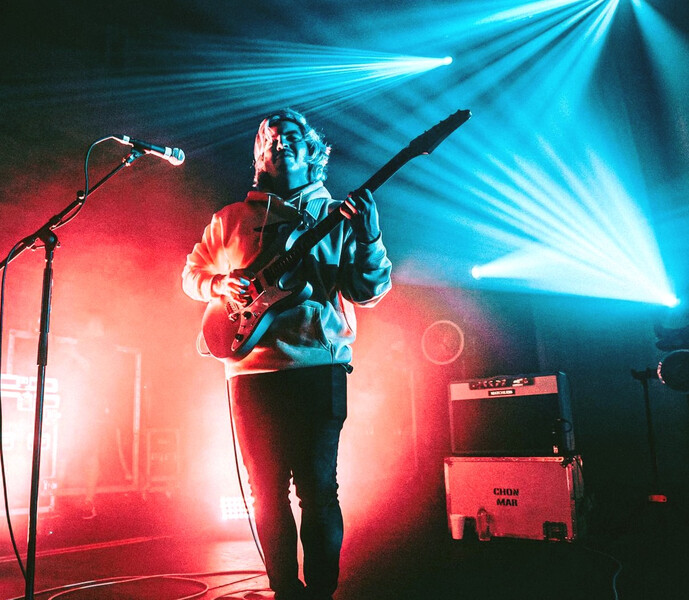 “This was really a nice opportunity for me to engage in something very creative,” said Summers. “I have to give a shout out to my fellow LD Colin Bennett, who was originally supposed to be on this run but asked me to come on when his schedule got too hectic.

When I created cues and busked, I wanted to be consistent with what Steve programmed and be true to the rig that Chris Hill designed. The goal was to pull every into something magical that extended the feeling you get listening to this band.”