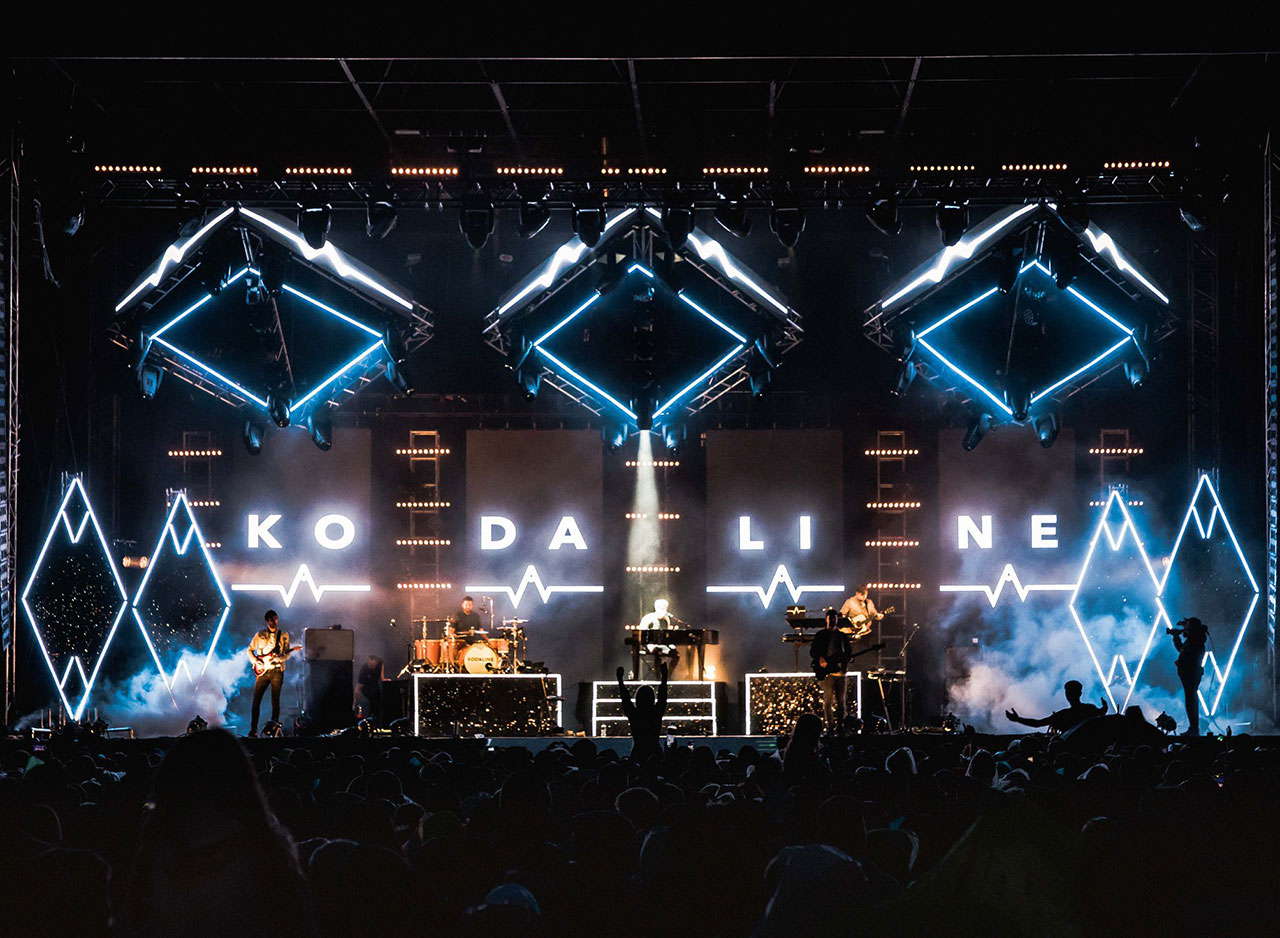 DUBLIN – What’s in a name? Shakespeare once pondered this. D. Reilly of Dandy’s Lighting took the famous bard’s question one step further recently when he stood with Kodaline lead guitarists Mark Prendergast and wondered “what’s in a logo?”

Reilly was mulling over production design concepts for the popular Irish rockers’ 2019 European tour with Prendergast when they were struck by the distinctive upper case “A,” with its elongated vertical lines, in the middle of the band’s stylized name. After conferring with the band, he used the logo lettering as the inspiration to create geometric diamond-shaped set pieces for their touring rig. To make this design element pop, he outlined these pieces in vivid color with CHAUVET Professional ÉPIX Strip Tour fixtures supplied by Reynolds of Raphoe. 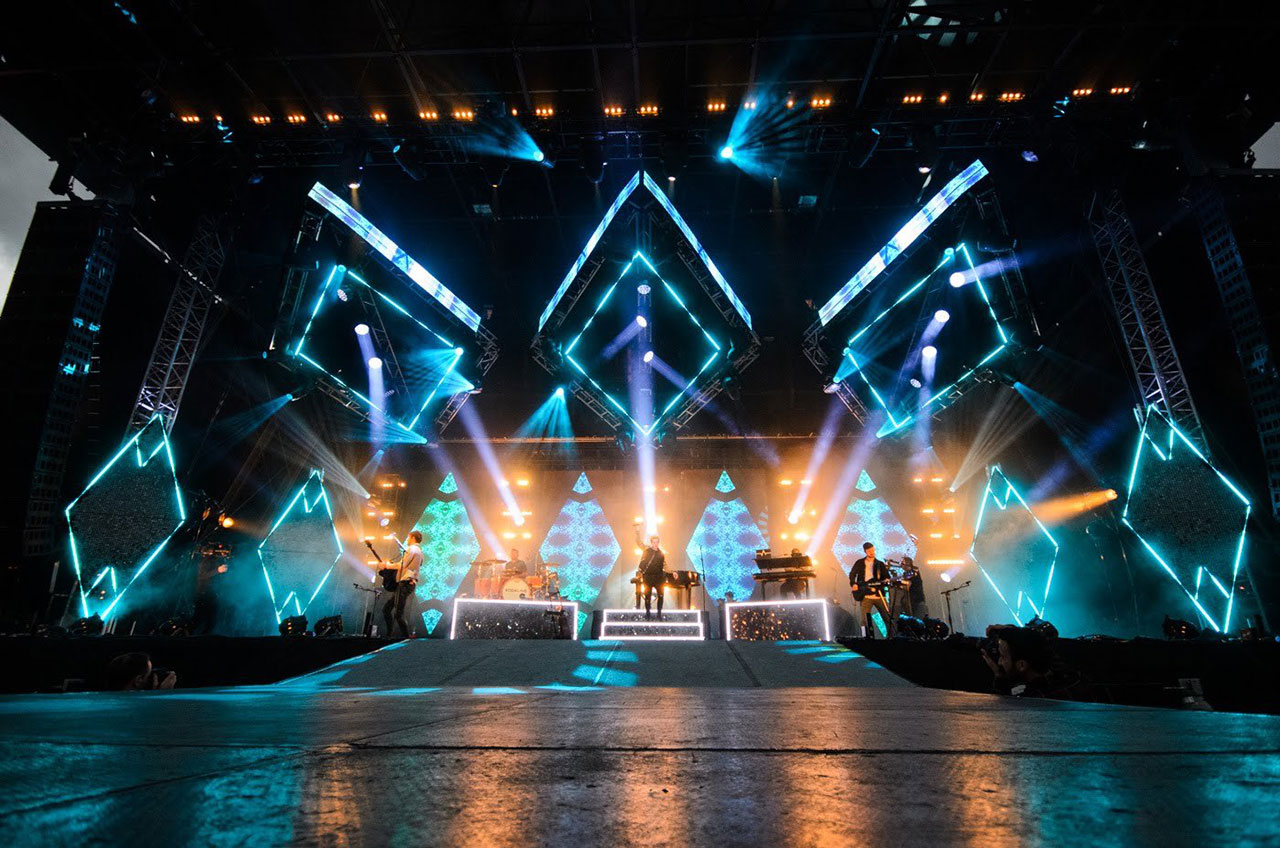 Flown over mid-stage as three large “diamonds,” and mounted on two stage left and two stage right truss columns, the geometric patterns are creating a powerful, consistent and easily identifiable look for the band on their tour.

“There is a level of subliminal branding with the patterns, since it mirrors the logo,” said Reilly. “Mostly though, it’s something very attractive and engaging to look at. It captures attention and draws eyes toward the stage. Because it’s also very modular, it allows us to create a consistent environment for the lads to perform in as we move from one venue to the next on the tour. If we run into a smaller stage, we can cut down the size of the patterns, but it’s still the same feel.” 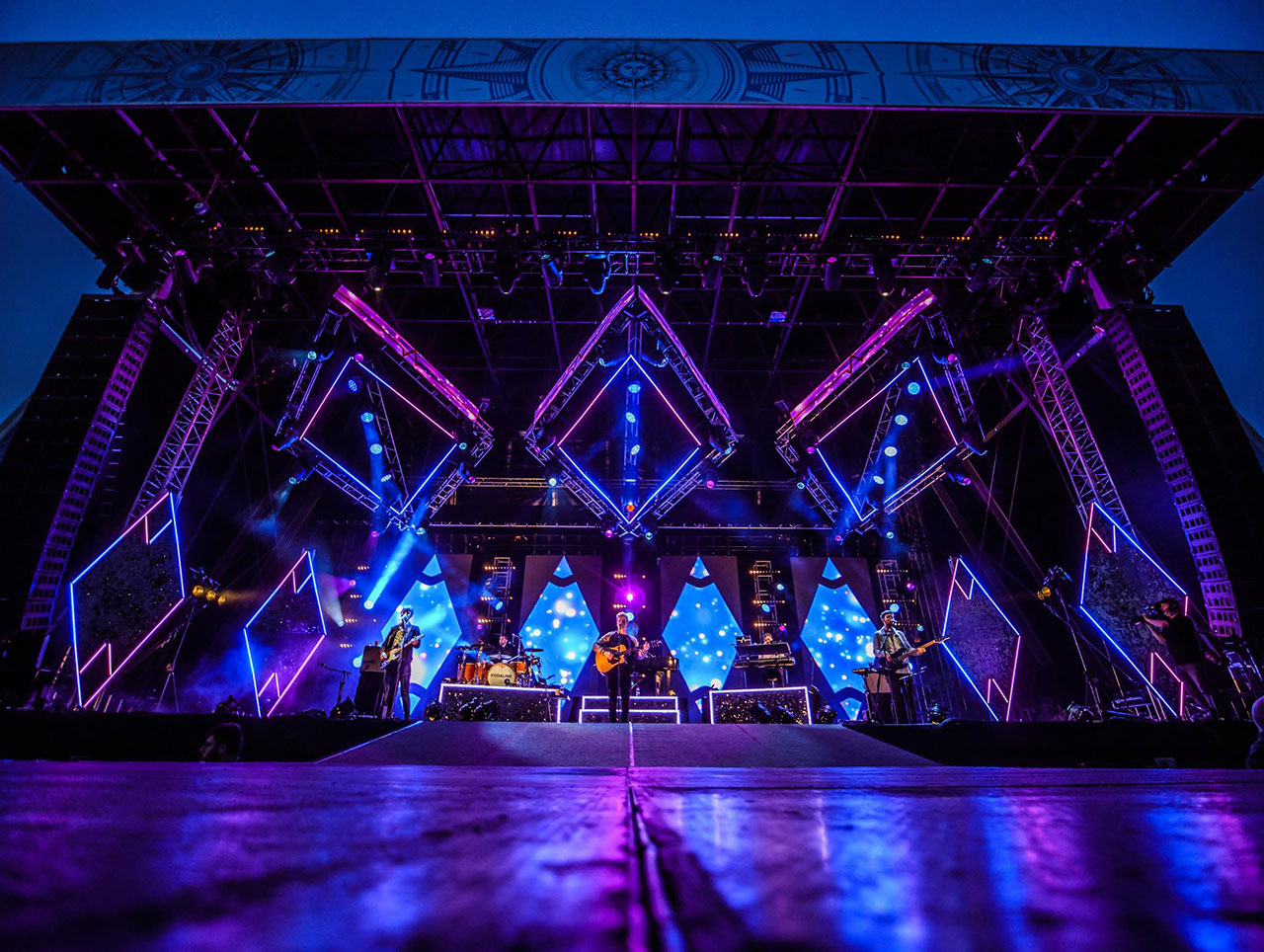 Looking beyond the set pieces’ aesthetic and branding elements, Reilly believes the patterns have symbolic significance for the band, which he regards as family. The diamond shape suggests perfection, which is in keeping with the Kodaline’s famously tight sound. What’s more, the apex of the letter “A,” when seen against the straight lines that extend from either side of its base, resembles a heartbeat as read on a cardiogram. This emotional force has made the group’s heartfelt music a favorite of TV producers who have used in shows ranging from Grey’s Anatomy to Netflix’s 13 Reasons Why.

Reilly weaves the ÉPIX Strip fixtures into the dynamics of his design with chase sequences. For dramatic impact, he will turn the linear fixtures off during some songs, taking advantage of their smooth dimming curve. He’ll also use the strips to show pixel mapped video images created by Lumio Productions. 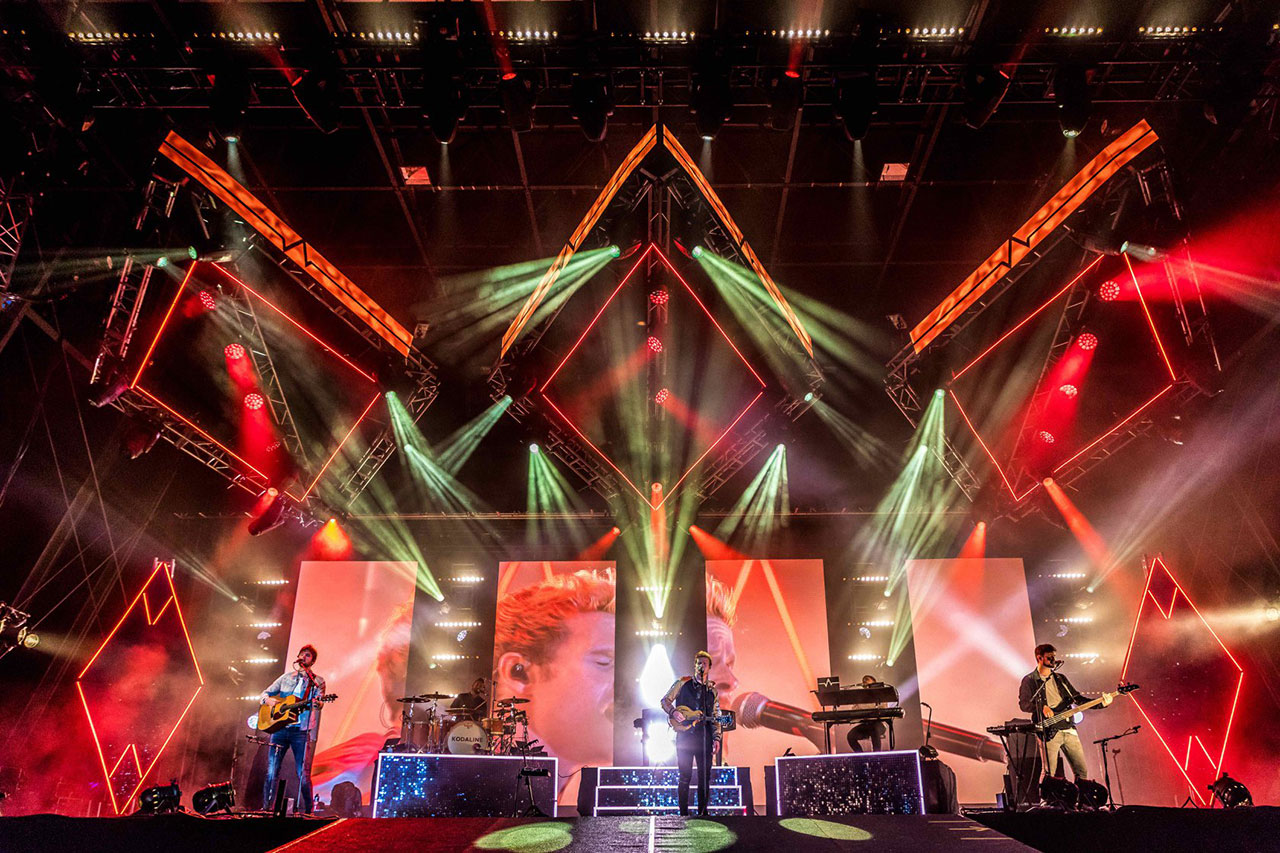 “Lumio has been wonderful to work with, as has Reynolds of Raphoe,” said Reilly. “My right hand person, Ciarán Kelly, has also been a gift. Then there are the lads themselves. It really is like a family atmosphere on this tour.”

The ÉPIX Strip fixtures themselves have been such a part of this experience that Reilly plans to rent them next year when the band tours North America. As for the units he owns in Ireland, he isn’t worried about finding uses for them when this tour ends. “Whenever we aren’t out with the strips I have people renting them,” he said. “They are really amazing fixtures that can be used in an endless variety of ways.”