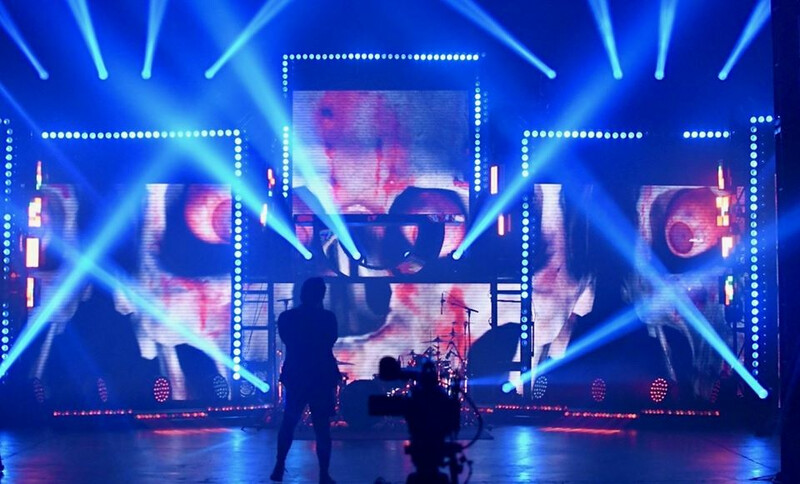 LOS ANGELES – Anticipation was high for Kayzo’s Unleashed Tour when it was announced in January. Schedule to begin March 27 in Denver with stops across the USA, before wrapping up May 9 in Seattle, the tour represented the next step in the former Insomniac Discovery Project winner’s impressive musical ascent. Pulling together an array of new elements, like a full drum crew and band, the tour, which was to support Kayzo’s red hot second album, had all the earmarks of a breakthrough event for the genre-defying DJ.

Then, the COVID-19 outbreak brought plans for the tour to a screeching halt, just as it was about to begin. But Kayzo, whose blistering amalgamation of sounds blasts through musical barriers, refused to allow a pandemic to box him in. Determined to reach fans despite the lockdown, he teamed up with 4Wall Entertainment to livestream the Unleashed Tour in all its fierce exploration of musical boundaries.

Reflecting the intensity of the star’s two-hour performance, which was hosted by Insomniac, was a 16-universe Dallas Gasper-designed lightshow that featured CHAUVET Professional Maverick MK3 Wash fixtures and Cloud 9 low lying foggers. 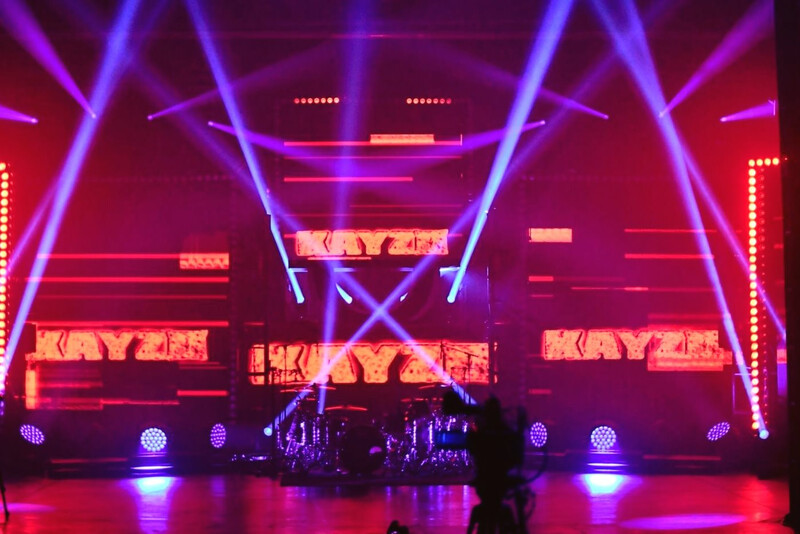 “Our team was gearing up to start this tour when the entire industry had to go into shutdown,” recalled Gasper. “Instead of postponing the project we decided to build a version of the touring rig and live stream it for the fans at home from our warehouse in LA.”

Although the livestreamed show didn’t have the full complement of musicians, that was planned for the live tour, it held nothing back in the way of complexity or excitement, mixing a compelling blend of old school looks with modern touches, and weaving in drumming segments, while still keeping focus on the DJ star.

The stage Kayzo and his drummer, “The Rook,” performed on was set up in 4Wall Entertainment’s Los Angeles warehouse. This gave Gasper enough space to build an full production rig, but since there was no rigging available, his design had to be entirely ground supported. With no audience present, he was able to stagger fixtures in configurations that, though they might look awkward in person, allowed him to create a sense of depth on camera.

Adding depth and texture to the design were the eight Maverick MK Washes in Gasper’s rig. He arranged the RGBW moving fixtures in a V-shaped pattern around the drummer, relying on their wide zoom angle to change the coverage area on the stage at different points in the show. The Maverick fixtures were also used as key lights and for eye candy effects. 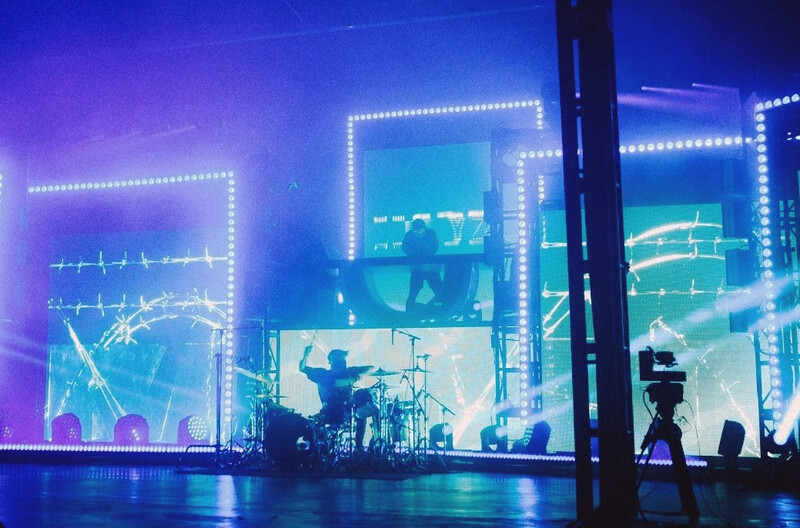 “The amazing output and color mixing ability of the MK3’s also served as a way to highlight the Cloud 9 low lying foggers,” said Gasper, who had two of the foggers in his rig . “The Cloud9 foggers were a helpful addition to the rig. They created added atmosphere that really enhanced the aesthetics of the show, especially when worked with the MK3s.”

Showcasing the drummer, who was an important part of Kayzo’s hybrid rock and EDM show, without pulling focus from the DJ star himself, was an issue that Gasper had to address in his design. Toward this end, he raised the DJ booth six-feet above the stage deck and built a video façade across the downstage portion of the set.

“Instead of just doing one big massive upstage LED, we framed Kayzo and the drummer with truss arches wrapped in lighting and filled with video,” explained Gasper. “This allowed us to have a large video canvas without it being flat and boring.

“We wanted to give the audience something that was as close to a real show as we could get,” continued Gasper. “This meant going full production, as big as we possibly could. I learned really quickly that operating lights for broadcast and cameras is completely different than busking live for a festival or concert. Many big “hits” and “bumps” blew out the cameras, so I had to adjust group masters while paying attention to the program feed. It was definitely fun learning experience. I will take what I learned on from this to continuously improve my craft.”

Response to the livestream was overwhelmingly positive. Even the LD’s 79-year old grandfather watched the show, and loved it! “That meant more to me than anything,” said Gasper. Other fans were swept up in the excitement too. Kayzo was trending number six in the world on Twitter during the stream, demonstrating that his magic is as potent online as it is on tour. 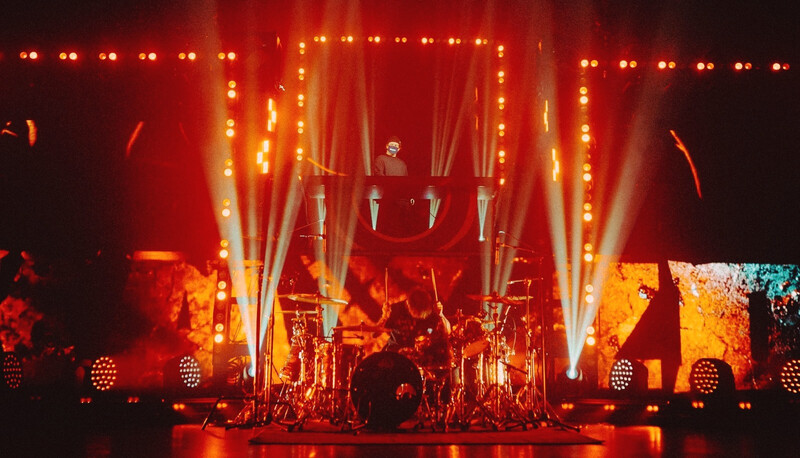