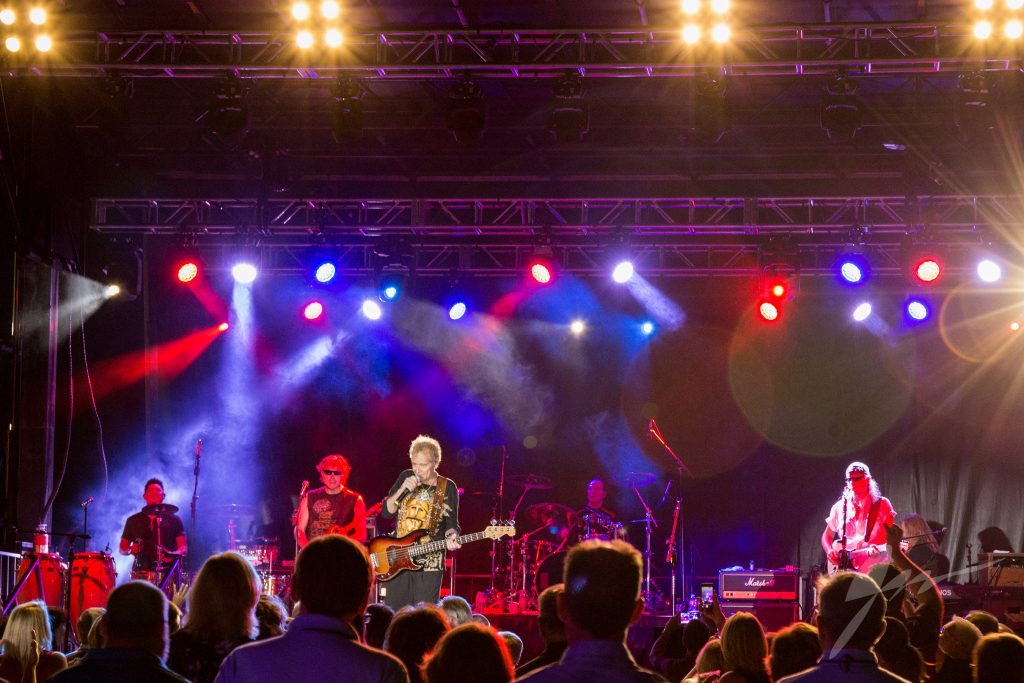 LAVEEN, AZ – The aptly named band World Classic Rockers doesn’t merely cover hits from the late ‘60s through the ‘80s; they were actually involved in recording many of those famous tunes.  No ordinary “cover band,” this group is made up of musicians who were involved in recording platinum hits, like former Journey and David Bowie drummer Aynsley Dunbar, singer Fran Cosmo from Boston, Greg Walker of Santana fame, and two members of the “Born To Be Wild” quintet Steppenwolf.

Collectively, the group brings an extra level of juice that comes from “having been there” when they take the stage.  This was readily apparent when they performed recently at the Corona Ranch and Rodeo Grounds outside of Phoenix. Keeping pace with their high-octane performance was a searing nonstop lightshow created by John Garberson, using a collection of fixtures from CHAUVET Professional. 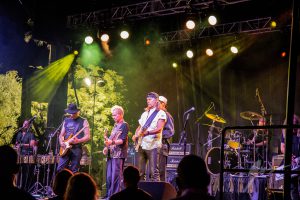 Garberson, owner of Creative BackStage, used a collection of 24 Rogue R2 Washes, eight Maverick MK2 Spots and four STRIKE 4 multi formatted warm white LED fixtures to turn the Stageline 260 stage at the Corona ranch into a brilliant light box that drew the crowd into the band’s hard-driving performances. “We wanted high-output fixtures that matched the band’s music,” he said. “The Mavericks gave us some intense spots to highlight band members and for audience lighting. The Rogues were very colorful stage and aerial washes, and the STRIKEs worked great as strobes and blinders. So we had it all going on throughout the show.”

The four STRIKE 4s were flown on truss over the stage apron, where they created a bright visual border over the band, in addition to lighting the crowd.  Garberson flew the Rogue R2 Washes and Maverick MK2 Spots on two rows of truss over midstage and upstage.

“Having the washes and beams on two rows of truss allowed us the layer the beams of light over one another, which created a sense of dimension on stage,” he said. “This was an outdoor event, and having the different colored beams of light going in different directions definitely contributed to that look. Our programmer Matthew Berg was spot on with all his cues, so lighting-wise we hit all the right moments for the band’s music.  The fixtures were also nice and bright, which definitely was well suited to the energy level that World Classic Rockers brings to its show. Everyone got caught up in the moment, and I’m happy that our lights played a role in creating this good mood.” 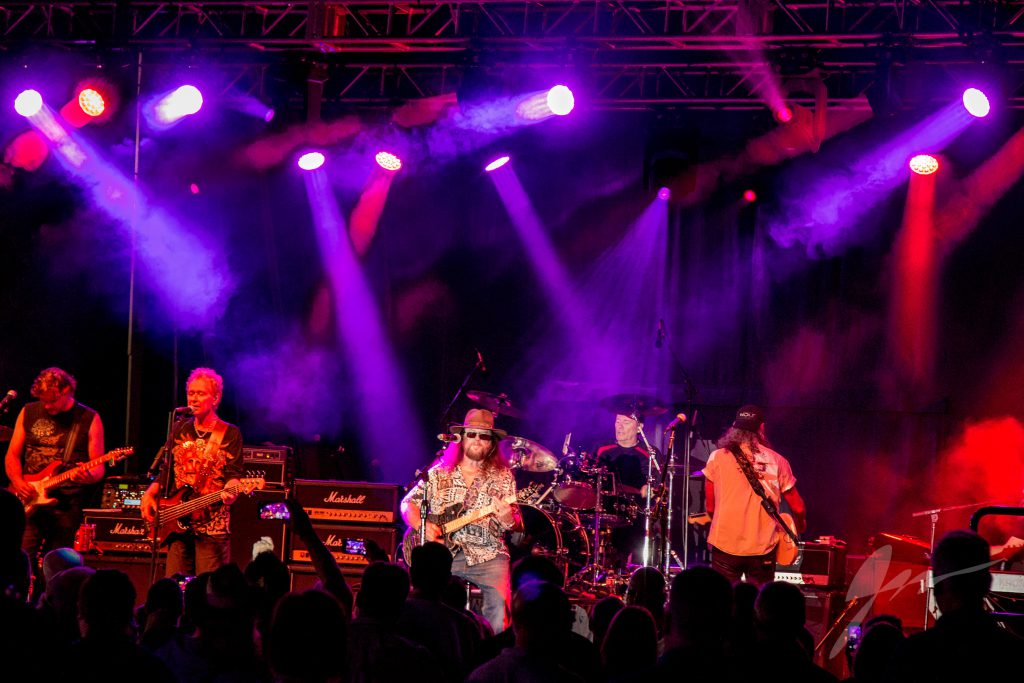