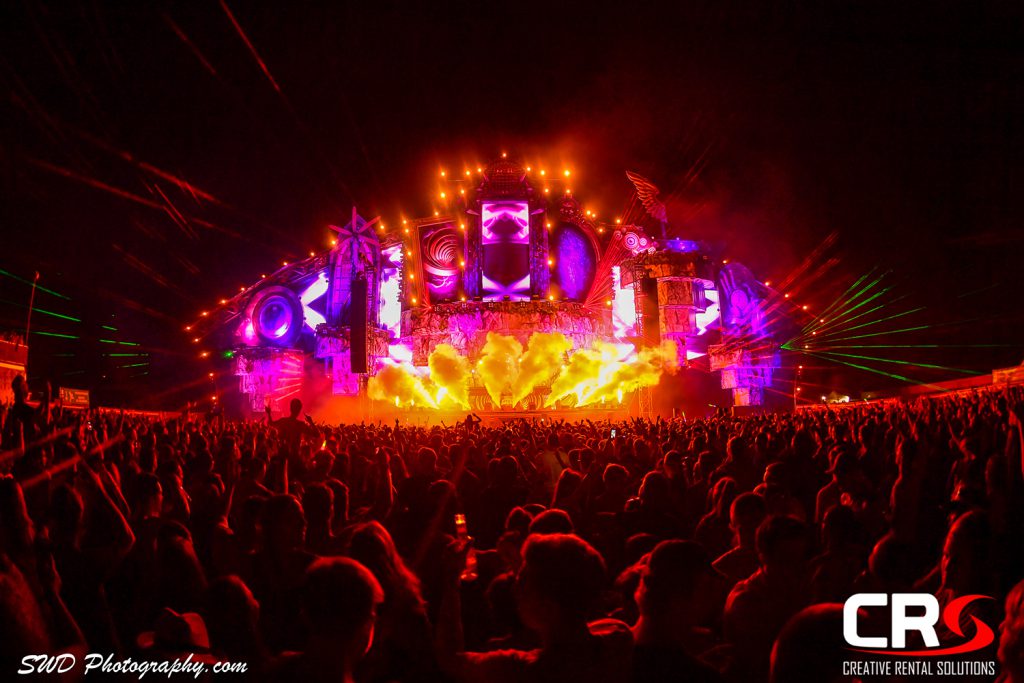 WAREGEM, Belgium – Although originally disregarded by critics as another flash-in-the-pan post-war artistic movement, surrealism is perhaps the only early Twentieth Century “ism” to have made a continuing and lasting impression upon art, music and culture. The organizers of the EDM festival Hype-O-Dream appreciate the strong link between the escapist elements of surrealism, which promised to free one’s mind from the weight of daily routine. With this in mind, they built this year’s incarnation of their festival around a surrealism-inspired main stage to bring an element of the extraordinary to complement their world-class EDM lineup, which included acts such as Jauz, Showtek and Henri PFR.

With the surrealist stage scenery consisting of various islands appearing to be floating within the structure of the stage, Thomas Vandekerkhove and his team decided upon positioning the fixtures in such a way so as to outline the contours of the vast structure, which extended at various parts up to 20 meters high. One of the central tools to achieve this outlining effect were the 90W warm white STRIKE P38 blinder and wash fixtures.

“The P38s were ideal for highlighting the different sections of the stage structure,” commented Vandekerkhove. “Thanks to their huge output and blinding effects, we were also able to utilize these fixtures extensively within the sets to provide energy and atmosphere.”

To provide a number of cutting looks on stage, Vandekerkhove utilized the varied beam, and spot effects of the Rogue Hybrid fixtures, which were positioned among the various island structures within the stage.

“The Hybrids are perfect for festivals because of their output and versatility,” continued Vandekerkhove. “The output was even great during the day, where we could use the gobos in combination with prism effects to elicit a dreamier surreal atmosphere on stage.”

Providing further highlighting of the surreal islands were a host of Rogue R2 Wash fixtures. Thanks to the 19-pixel mappable (15 W) RGBW Quad-LEDs and 12° to 49° zoom, Vandekerkhove and his team also had the tools to underline the surrealist theme once more by positioning each fixture above the islands to provide elaborate wash lighting effects.

“We created a fantastic array of linear wash effects on top of the islands, which was accentuated by the Rogue’s zoom feature,” continued Vandekerkhove. “I also programmed some effects in snap on the ChamSys MagicQ MQ500 console, which enabled me to fade in the wash fixtures when everything else went dark, which created such an amazing spectacle by night!”

Filling the rest of the vast stage with pockets of colored wash effects, Vandekerkhove and his team utilized the saturated color effects of the COLORdash fixtures.

“The sheer volume of fixtures resulted in amazing looks on the stage,” concluded Vandekerkhove. “The depth of the color of the COLORdash resulted in an almost 3D effect, which really brought the stage to life while creating a surreal dream-like effect.”

Thanks in part to Creative Rental Solutions’ innovative design, Hype-O-Dream was able to ensure that surrealism has a continuing relevance within popular culture almost a century after coming to being. 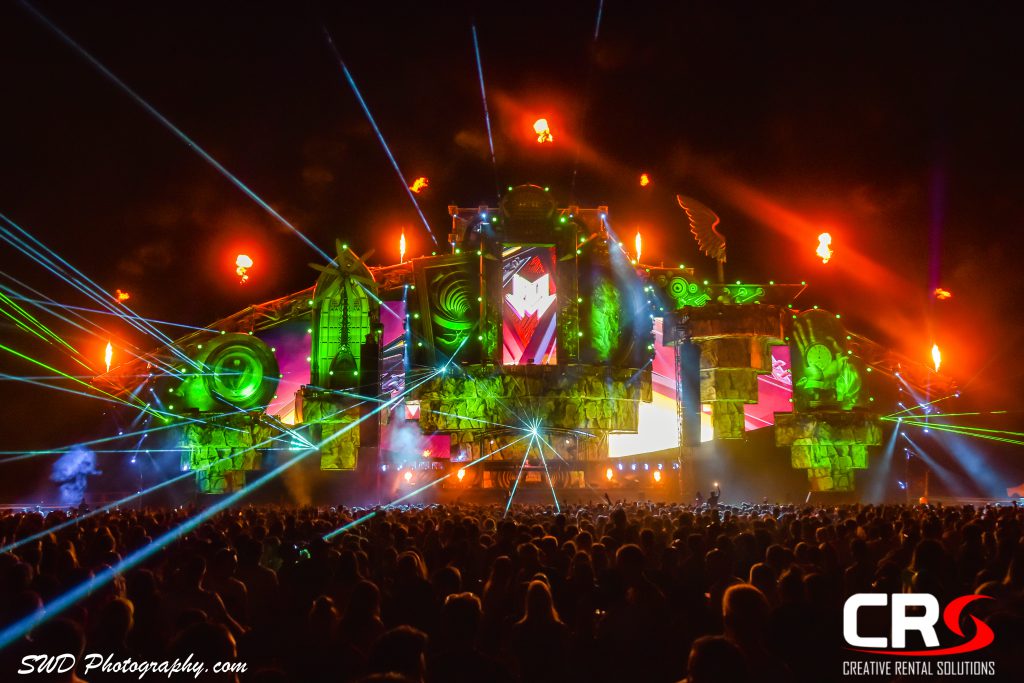