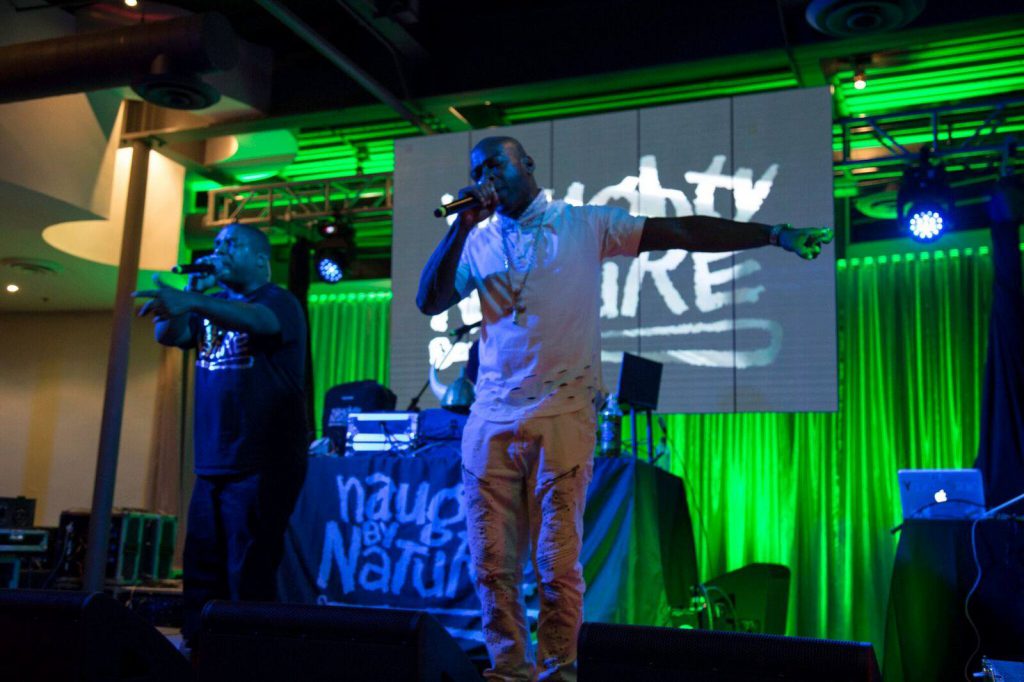 PHOENIX, AZ – When an event is billed as an “Old School House Party,” you can’t do much better than to book Naughty By Nature as your headliner. The New Jersey threesome of Treach, Vin Rock and DJ Kay Gee defined hip hop in the 1990s, with some of the earliest crossover hits like O.P.P. and Hip Hop Hooray. Setting an appropriately frenetic tone for The It Factor Ltd event in Arizona, the Grammy-winning trio got the crowd on its feet with their rapid-fire rap. Supporting them every pulsating step of the way was a John Garberson-designed lightshow that featured 12 Rogue R2 Washes from CHAUVET Professional.

Supplied by Creative BackStage, the RGBW washes were used for down washing and side washing, as well as specials, during the high energy performance. “We basically relied on the Rogues for all of our effect lighting,” said Garberson. “My assistant LDs Rita Assi and Jamie Rivera came up with some cool ways to get big production looks out of our relatively small rig.”

The Creative BackStage team flew eight of the Rogue fixtures on downstage truss and two each on side truss to the left and right of the stage. “We were able to cover the artists in a range of vivid colors from multiple directions,” said Garberson. “This really set the performance area apart from the rest of the venue and contributed to a concert look. We also backwashed the artists, which created a nice effect.”

Taking advantage of their fixtures’ rapid pan and tilt movements, Garberson and his assistants created aerial washes to accent key points of Naughty By Nature’s performance. “Obviously, these are high energy artists, so you want your lighting to reflect that,” he said. “Of course, when you have a group with this passion, it’s easy to convey excitement.”

Balancing this on-stage excitement, the Creative BackStage team added a warm colorful glow to the room with a collection of CHAUVET DJ fixtures. They arranged 11 COLORband PiX USB washes across the upstage deck to light the curtain behind the performers. “The colorized curtain gave us a nice backdrop to work against,” said Garberson. “We got some nice looks working it off against the colors of the Rogues.”

Also contributing to the room’s immersive environment with color was the Freedom Par Hex-4. “We sprinkled the Freedom Pars around the room like color candy,” said Garberson. “They worked as truss toners and as wall washes. Our goal was to make the room glow. This was a special event for people, giving them a chance to see legends like Naughty By Nature in an intimate setting. We wanted our lighting to support the sizzle of the group’s stage performance, while still creating a warm sense of engagement in the room.” 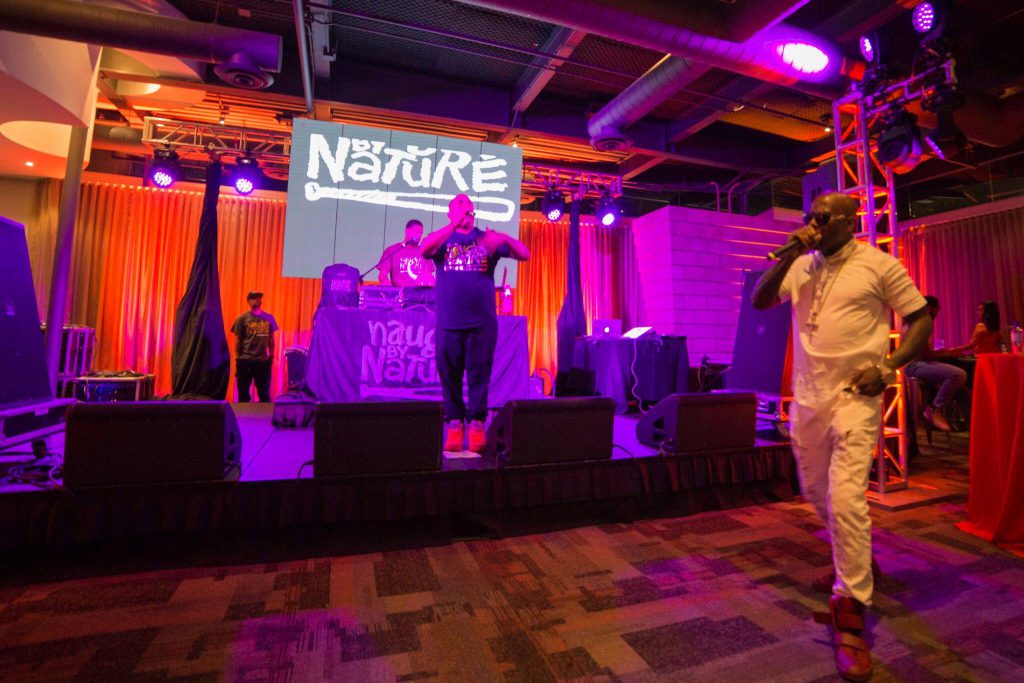