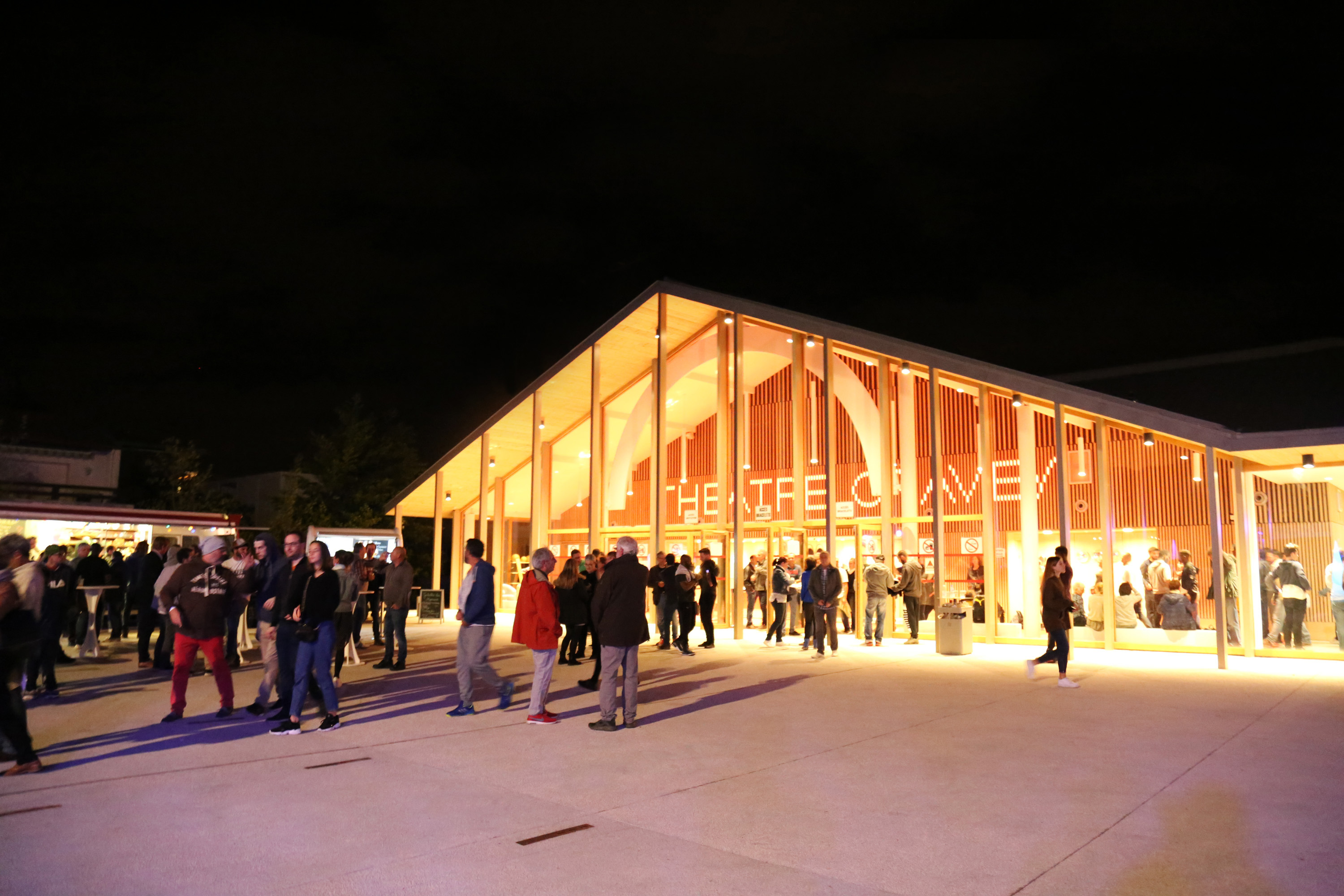 LA TESTE-DE-BUCH, FRANCE – Over one million visitors a year journey to Dune du Pilat. Anyone who has stood atop this 110-meter high sand dune (Europe’s tallest) and gazed out onto the Atlantic or the majestic Arcachon Basin below will find it easy to understand their motivation.

Not long ago, Jean-Jacques Eroles, mayor of La Teste-de-Buch, the small community that borders the famous site, had an inspired idea. His dream was to give his city a cultural center that would be in keeping with its position as home to one of France’s most popular tourist destinations.

Earlier this year, Mayor Eroles’ vision was turned into reality when his city’s old and fading Pierre Cravey Ballroom was reborn as the modern and elegant Le Theatre Cravey. Contributing to this magnificent transformation was a carefully planned and technologically advanced new lighting system designed by the Bordeaux-based Concept Group that features CHAUVET Professional Ovation and COLORado LED fixtures.

“We had to rethink the entire technological core of the building,” said Stéphane Pouydesseau of the Concept Group, which also was responsible for installing an all-new audio system at Le Theatre Cravey. “Our team worked very closely with the facility’s stage manager Frédéric Nadeau to define the audio and lighting products that were most appropriate for the building’s needs.

Considered from the lighting perspective, the list of essential products included 10 Ovation E-930VW ellipsoidal fixtures and 10 COLORado 2-Quad Zoom wash units. “The ellipsoidals and washes are an important part of our lighting package,” said Pouydesseau. “They are used from different positions depending on the show being performed.” 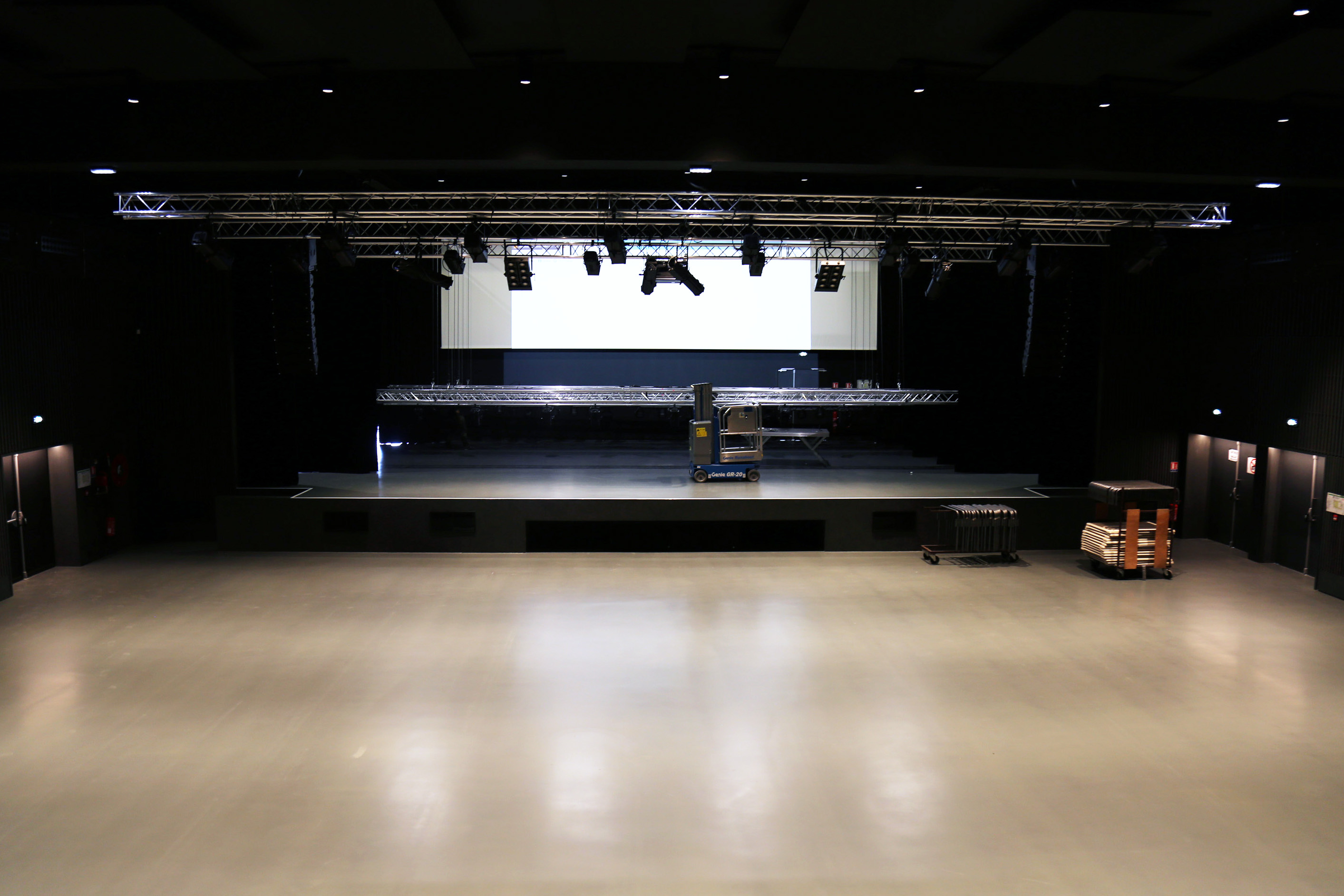 Indeed, a wide variety of shows are now being performed at Le Theatre Cravey, which is not only more technologically advanced than its predecessor, but is also more flexible, thanks to its expanded stage and seating arrangements. The stage in the old ballroom measured 12 x 8 meters, compared to the new theatre’s 21 x 10-meter stage. While the former ballroom had a capacity of 700, the new theatre can be configured to accommodate audiences ranging from 480 to 1,000 people.

Given the flexibility of the new theatre, the versatility of the CHAUVET Professional fixtures is very appreciated. For example, the Ovation E-930VW fixture projects light in nearly any temperature of white with high CRI and CQS, and for times when a splash of color is called for, it can also provide full control of each color LED. The COLORado fixture’s 14° to 44° zoom range allows it to cover a wide variety of different sized spaces. For added flexibility, the Concept Group included 20 different sized lenses for the Ovation ellipsoidals in the specification for Le Theatre Cravey.

“Flexibility was a key reason why we chose the Chauvet fixtures,” said Pouydesseau. “As far as the Ovation ellipsoidal fixtures were concerned, the range of white temperature and the fluidity of the setting was critically important. For the COLORado pars, the aperture of the zoom and the quality of the colors made the big difference.”

For the Concept Group, helping Le Theatre Cravey move to the new era of LED technology was extremely gratifying. “We were happy to bring the building to a new age and make it ready for regulations coming that will ban incandescent fixtures,” said Pouydesseau.

As for audiences’ response to the new lighting… the theatre has housed 15 shows since the LED system was put in place, and the “reviews have been universally positive.” So now after a day of sightseeing or parasailing off Dune du Pilat, visitors are discovering another delightful attraction in La Teste-de-Buch.