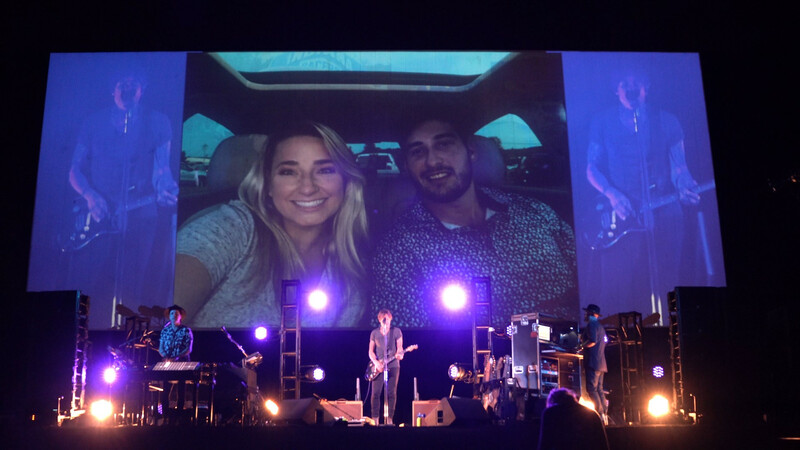 NASHVILLE – Social Distancing… the concept was key to everyone behind Keith Urban’s historic Drive-In concert on May 14, not just for the Vanderbilt University Hospital medical heroes, in whose honor the event was held, but also for the team that managed to create an immersive stage setting for the one-hour show on short notice.

“The paramount thing about this gig for Keith and everyone else was being socially distant and as safe as possible,” said Brent Maxon, Urban’s Lighting Director. “Our goal was to involve the fewest people possible in setup, while still putting together a quality show for this very important audience of special guests.”

Maxon and the rest of the team began working on a plan to achieve this goal only five days before the surprise show was scheduled to begin. They had no precedent to draw ideas from, since this was the first drive-in theatre concert by a major artist in the USA. 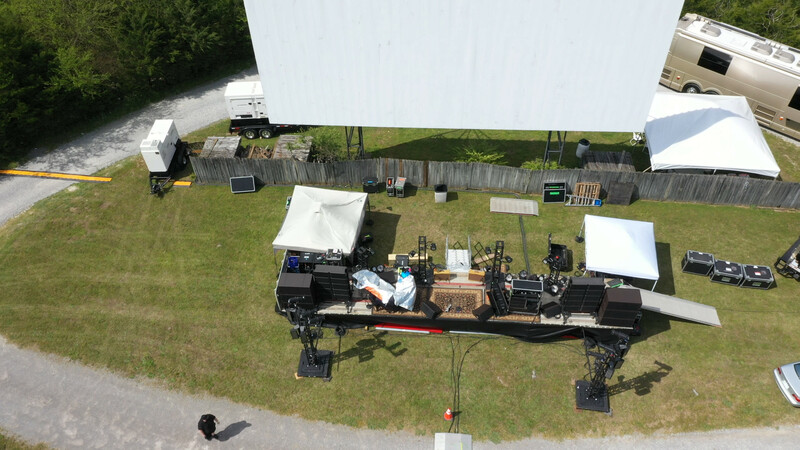 “I was contacted by Chuck Hull, our tour manager, telling me that Keith wanted to get a ‘guerilla style’ show together to honor the hospital workers,” said Maxon. “We didn’t have much time, so Randy Gardner, our stage manager, and I headed over to Premier Global Productions and talked to Geddy (Anthony Kordyjaka) about securing a flatbed trailer for our stage, a generator, and a few lights to get things going. It was a one stop shop for us, which was super helpful, given that we had so little time.”

With time short, space on the flatbed trailer/stage limited, and crew-size restricted by social distancing, the team needed lighting fixtures that were compact and easy to work with, yet still had the output and color rendering capabilities required to create the kind of engaging atmosphere that Urban’s fans have come to expect from his shows.

They got this in a tight, carefully assembled rig that featured 20 CHAUVET Professional COLORado 2 Zoom fixtures. “We positioned the COLORado fixtures on six and eight- foot towers behind Keith and the band,” said Maxon. “It was great to be able to have a zoom-able LED Par that was durable and also had great output. 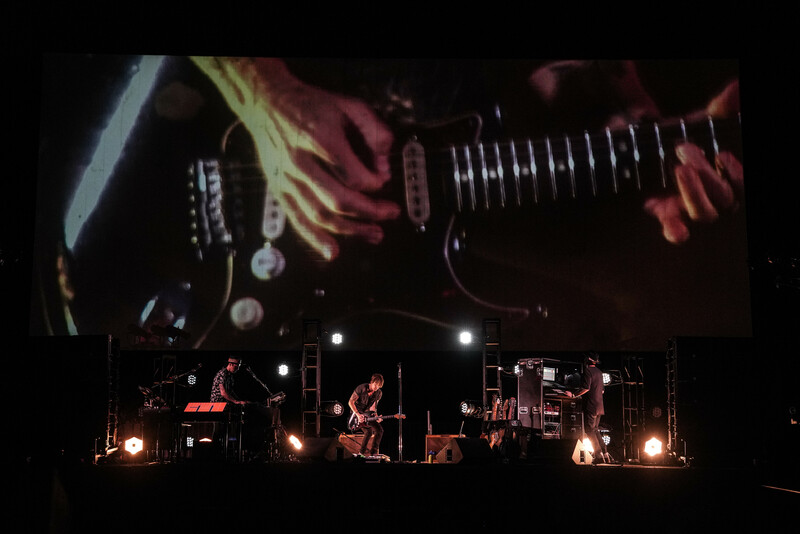 “The COLORados are light weight,” continued Maxon. “This allowed me to hang them on the towers at the shop. They were also rugged enough to ride in the truck like that out to the gig. Plus, they’re IP rated just in case it decided to rain on us the day of the show.”

Given the short time leading up to the surprise tribute concert, Maxon, punted his entire show. The zoom range and warm colors of the COLORado 2 Zoom units aided him in creating a smooth flow of inviting looks.

“Keith loves the lighting to set a mood for a song, so having downstage color is super important,” explained Maxon. “I’ve been using a temp fader for him to creep in some white just to make him pop a bit more for video purposes, or when he is soloing. Other than that, I just tried to vary the color schemes for the drive-in show. I had some color wipes, plus a few different dimmer effects up my sleeve. I ended up having to put the COLORados on an inhibitor because they were so bright and we had a camera going to the Drive-In. So, it was nice to be able to really kick up the levels towards the end of the show when it got into more high energy second set.”

The lighting on stage was coordinated with video images on the drive-in’s giant screen. Video content was played back on the crew’s own GX2c media server, with images captured by one Sony HXC-100 camera and two Panasonic AW-HE130k robo cams. Camera switching was directed by Simon Roberts.

In the end, the 200 invited medical hero guests who came to the Stardust Drive-In 40 miles outside Nashville enjoyed a well-deserved break from the stressful routines they have followed since the outbreak of the pandemic. Immersing themselves in the warm, welcoming atmosphere of a Keith Urban show, they maintained social distancing taking in the sights and sounds from their vehicles, while sitting on hoods or the open beds of pickup trucks. Sitting apart from one another, they were also separated from the superstar on stage and the team that had put together the show, but on this warm May night everyone was joined by the bonds of music and light.