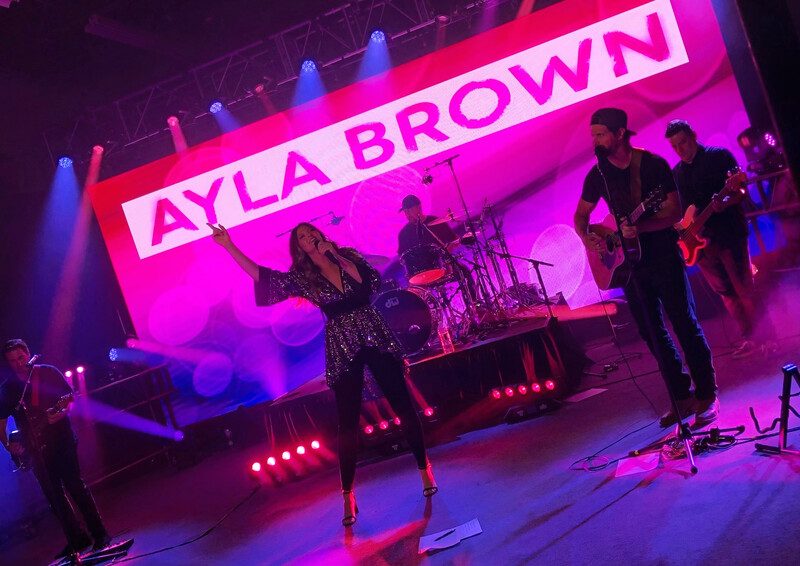 CRANSTON, RI – Venturing outside of comfort zones has become a necessity, not an option, in the wake of COVID-19. And although the first steps into the unknown may be tentative, the rewards awaiting those who take them, make the journey well worth the effort. Just ask Cody James.

For years, James had built up a stellar reputation designing ferocious, hair-raising looks for metal icons like Killswitch Engage, Yellow Card and Motionless in White. Then the pandemic brought his busy touring schedule to a grinding halt. Restless and eager to ignite his creative fires, James built a rig at the JDI Productions warehouse. This led to colleague suggesting that they do livestreams, which set off a series of events that ultimately resulted in James being asked to light a South Shore Bank sponsored show by country artist Ayla Brown.

The sweet melodic sounds of Brown are worlds apart from the fired-up intensity of James’ metal clients. Adopting his lighting style accordingly for the show presented a challenge. It was one James fully embraced. 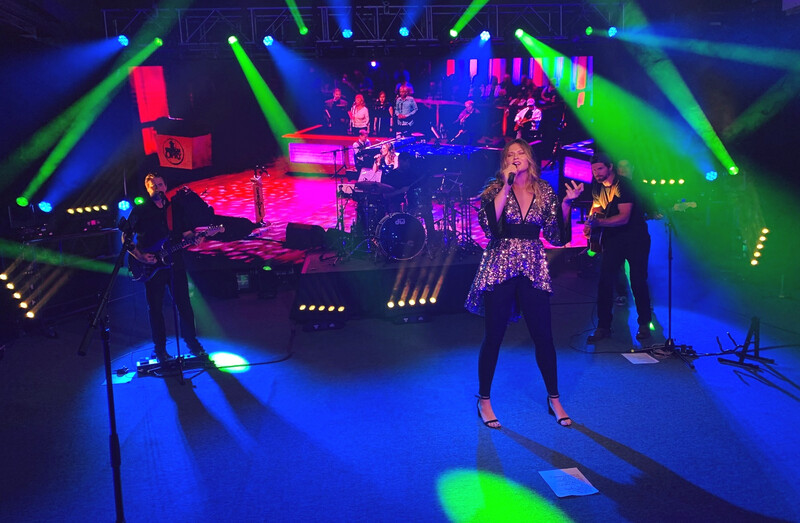 “I’ve never had the chance to do lights for a country act before,” said James. “It was outside my comfort zone to be sure, but I welcomed the chance to try something new. The challenge was mainly making the show feel like something I had designed and programmed, but at the same time making it work with the subtle moments of a country performance.”

James met this challenge in stunning fashion with a smoothly flowing show that balanced intricate stage lighting with eye candy, distinctive video wall images and a wide color palette. Helping him achieve this was a collection of 33 CHAUVET Professional fixtures and 42 F4IP LED video panels from JDI Productions’ own inventory.

“Our goal was to create an overall look that made viewers feel like they were in the front of a stage watching a live show,” said James. “The rig was set up to give us the most immersive show possible without a large number of fixtures. We always have the camera in mind, even when designing live shows, since everything is saved on social media today. So, in that respect this was no different than any other show. The big difference was to convey a more subtle feeling in keeping with the artist’s style of music.” 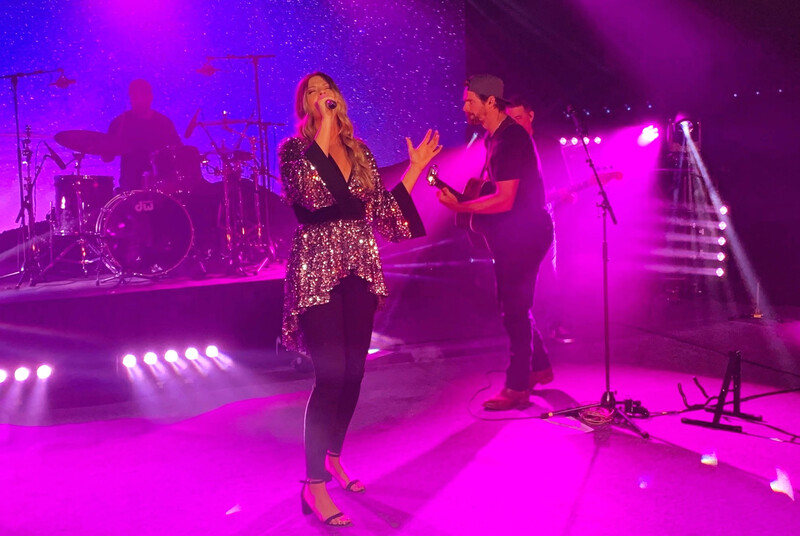 Subtle color shifts played a key role in helping James create this look during the show, which was livestreamed on Vimeo and Facebook. The 10 Rogue R1 BeamWash fixtures, positioned six on upstage truss and two each on stage left and stage right HUD truss gave him a variety of color options, as did the six Ovation CYC 1 fixtures used as footlights.

“The R1 BeamWash provided all of my color saturation in the rig — and with their zoom range they allowed me to cover a very large area without using a bunch of fixtures,” said James. “I used the Ovation CYC 1 to give the performers a nice hint of color on top of the wash from the 10 Ovation F-915VW fixtures with barn doors that served as my front lights.”

Adding eye candy to the design were seven Rogue R1 FX-B rotating linear fixtures. James positioned two of these units stage right and two stage left on HUD truss, while arrange three additional pieces on the floor in front of the drum riser.

Brown’s distinctive blend of country music, which combines elements of empowerment, basic values and playful exuberance, was reflected in the set’s prominent video wall. The F4IP LED panels were configured in three rows of 14 panels each. Built in Resolume 7 and pushed to the wall using Chauvet Professional VIPs, the diverse mix of content. This ranged from old videos of Brown playing basketball (she was a two-time Gatorade Player of the Year as a member of the Boston College women’s team) during her song “Beat By A Girl, to patriotic images during her hit “Pride of America.”

“Ayla sat down with our team to go through the set and select the content,” said James. “The imagery we created really added an important element to the show.”

For James, a rewarding part of the project was having the opportunity to collaborate again with his colleagues at JDI Productions. “We have a great team here and we always have each other’s back,” he said, noting that the company has more livestreams to come. All of which demonstrates that there are many rewards to be had by stepping outside the box! 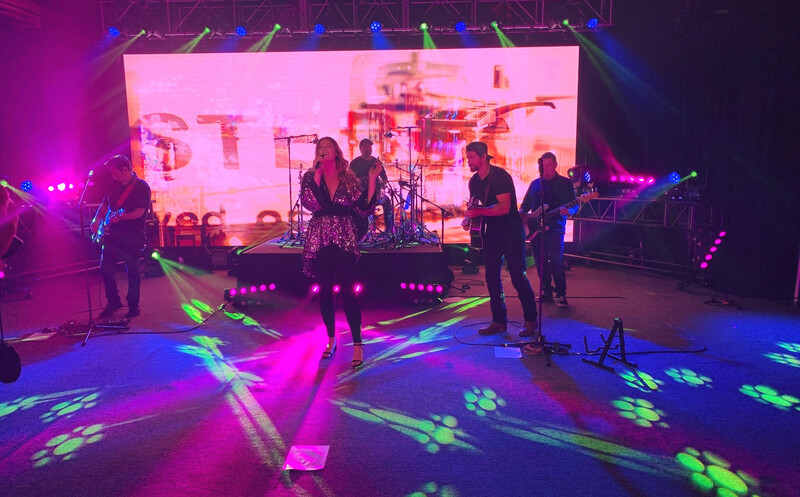