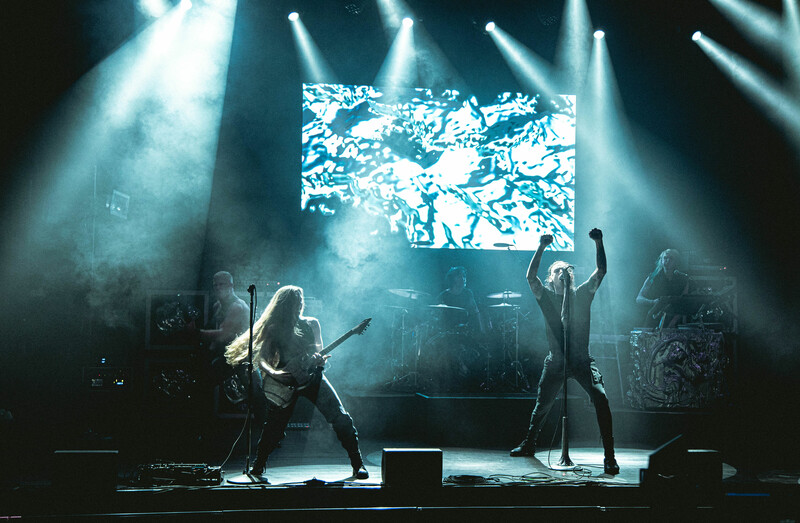 PITTSBURGH – Expectations were high when Code Orange announced plans for their Underneath album release party. It wasn’t only fans of the award-winning metal band who were licking their chops; the excitement level for Sam Jimenez, their new 20-year old lighting designer and production designer was through the roof too. Describing himself as an “extreme fan” of the band, Jimenez had sent unsolicited renderings months earlier to Eric “Shade” Balderose, their keyboardist and content creator, offering his design services. Shade in turn shared them with Reba Meyers, the band’s guitarist and production manager. 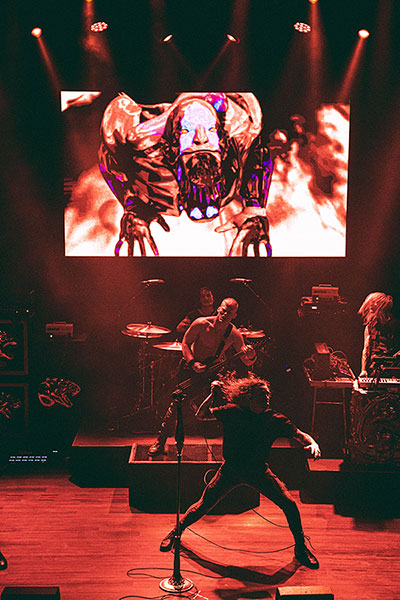 The dream came true! Jimenez was brought on by the band. Everything was all set, with the album release party slated for Saturday March 14 at the Roxian Theatre outside the band’s hometown of Pittsburgh. Then, just like that, everything was shut down due to the Coronavirus pandemic. But, with one door slammed shut, the Code Orange team opened another, staging a 53-minute opening party show at the empty theatre that was live streamed on Twitch.

Fans may not have been present at the theatre, but head banging energy and excitement sure were, with Code Orange’s raw, in-your-face sound reverberating off the walls of the 91-year old venue. The place was pulsating with visual energy too, as a mind-blowing array of content created by Shade was flashed on a massive 9′ x 11′ center stage video wall created with CHAUVET Professional F2 panels supplied by Star Design Event Services.

Code Orange, Roadrunner Records, along with longtime friend and noted hardcore videographer Sunny Singh (hate5six.com), and Jimenez organized the live stream event. Singh directed the livestream which Jimenez recommended the video wall for, with Meyers production managing the event and engineering all of the playback.

The videographers had an abundance of great animated content created by Shade to work with. Running through a series of deep apocalyptic images that looked as if they were plucked by Orpheus from Hades’ underworld, the video displays set an evocative tone that crackled with energy as it reflected the aggressive metal music. Adding to the mood were copious levels of fog and intense lighting from a house rig that featured CHAUVET Professional Maverick MK2 Washes. 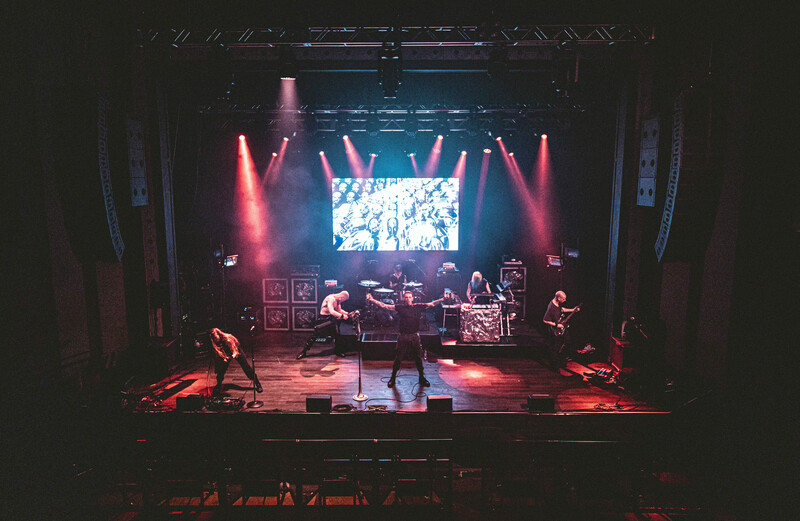 Jimenez captured the spirit of the music and played off seamlessly against the video displays with a punchy light show that turned up the visual volume one moment with intense strobing, then went almost completely black, and followed this up by moving to some haunting backlighting and silhouetting.

“We wanted to reflect the sonic energy of Code Orange and the power of the video images with light that was varied and intense,” he said. “This band is really about creating a whole experience. We also played on the absence of an audience in the theatre. The empty crowd area wasn’t something we tried to hide. We wanted to play with the atmosphere of not having a crowd, but at the same time also make sure there was a balance that didn’t make the stream feel awkward or out of place. Josh Tkaczuk house LD at the Roxian Theatre, Matt Barnum our console operator and Chris Robin of Star Design all pulled together to make this balanced look click to perfection.” 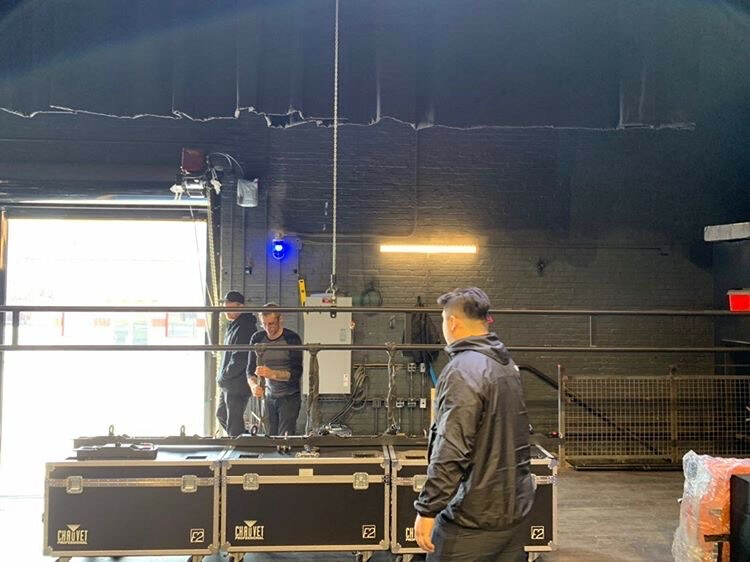 Click indeed it did… especially in terms of the number of fans who “clicked on” to watch Code Orange on Twitch. A crowd of 1,300 was expected to attend the album release party that was ultimately canceled. Over 13,000 watched the live streamed video show, with more still clicking now on line. Handed a lemon, this band made lemonade, proving that, like they’re music, they are tough, strong and resilient.