FORT LAUDERDALE, FL – A scan of the uniformly positive social media comments on the Slow Burn Theatre Company’s production of Kinky Boots at the Broward Center for the Performing Arts reveals that more than a few people in the audience had seen the Cindy Lauper-Harvey Fierstein musical before… sometimes quite a few times before.

That’s understandable. Going down the list of reasons why some shows retain an enduring appeal for audiences, even after multiple viewings (great music, memorable lines, colorful costumes, engaging sets), Kinky Boots checks all the boxes. But there is also something more to this story about a drag queen and a struggling shoe factory owner that keeps audiences coming back; it’s a magnetism powered by a sense of hope and self-affirmation, neither of which ever grows old.

Contributing to this warm, emotional aura in Slow Burn’s production of the show was an engaging Clifford Michael Spulock lighting design that featured CHAUVET Professional Maverick, Rogue, and COLORado fixtures. 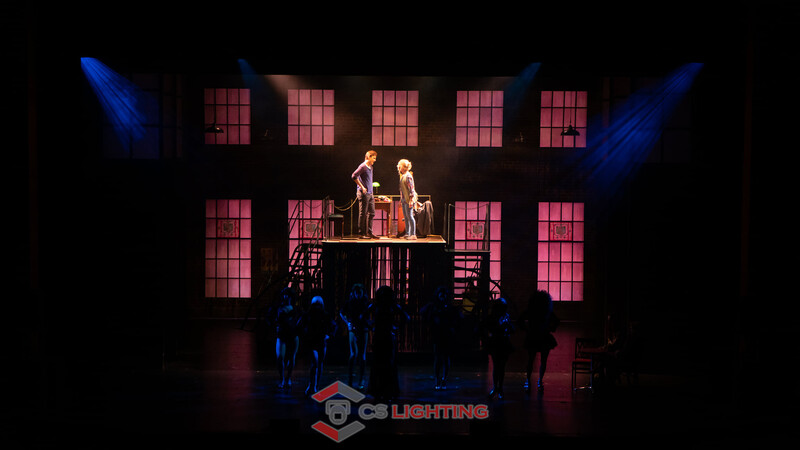 Spulock wove his lighting snuggly around scenic designer David Rockwell’s set-pieces endowing them with an extra degree of realism that made the drama unfolding on stage more engaging. The red brick “Price and Son” shoe factory in Northampton, England takes on an ethereal, timeless look when bathed in warm light, setting, a perfect tone, given that plans that will make dreams come true are hatched in the factory.

The factory set-piece has two levels of translucent windows. Spulock gave them a magical glow by placing COLORado Batten 144 Tour fixtures behind this wall. Drawing on the color mixing prowess of the RGBWA linear LED fixtures, he was able to reflect different moods by changing the hue reflected in the windows.

fixtures behind this wall. Drawing on the color mixing prowess of the RGBWA linear LED fixtures, he was able to reflect different moods by changing the hue reflected in the windows.

To give scenes inside the factory a more unsettled aura, Spulock washed the stage in deep blues. At other times he conveyed different moods with brighter colors and gobo patterns. All the while he was careful to maintain impeccable key lighting with help from his Maverick MK2 Profiles. When the scenes shifted to Lola’s nightclub and the runway for a fashion show, Spulock turned up the lighting intensity to create realistic settings. 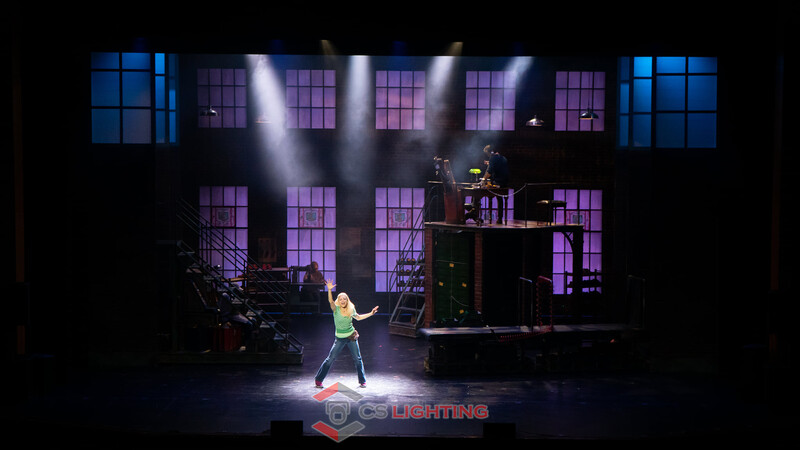 A collection of Rogue R1 Spot fixtures positioned on side box booms was instrumental in setting the range of tones on stage. “I relied on the Rogues for gobos, color, and also to give me a fantastic fill to the actors downstage when needed,” said Spulock. “Also, the Maverick MK2’s framing shutters were excellent, as was their powerful output, large zoom, and very universal gobo selection and features.”

Speaking of this show, Spulock noted that he “never gets tired” of creating textured looks on stage. And as demonstrated by the response from the many audiences members enjoying Kinky Boots for the second, third or more time, theatre lovers will never tire of seeing them either. 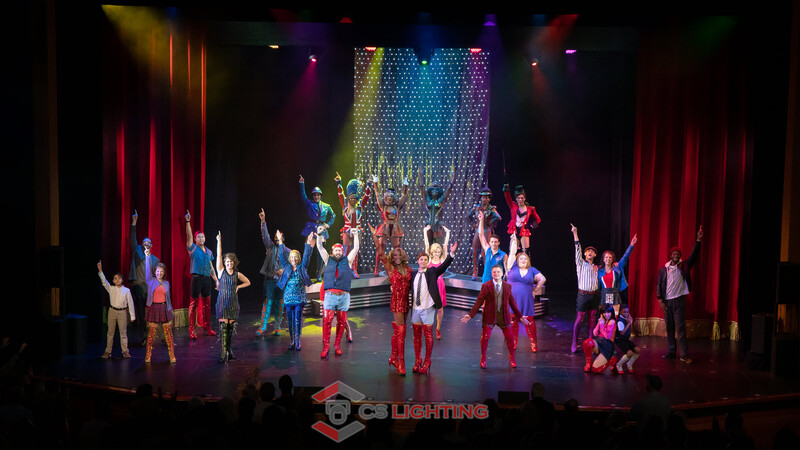