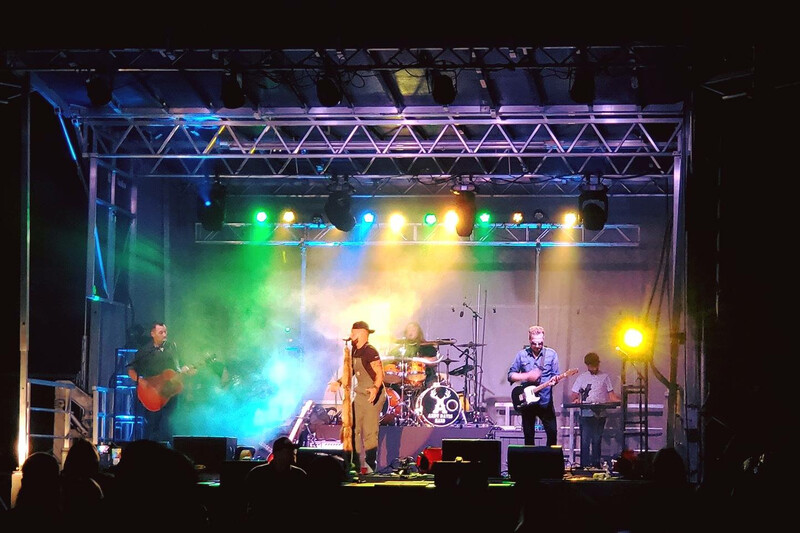 MT. PLEASANT, PA – Familiar, comforting sights have often been obscured in the haze of the pandemic, a time of broken plans and lost connections. But like every crisis, the current one is also a great revealer. Forcing people into unfamiliar paths, it can lead to new, unexpected discoveries, which, even when seemingly insignificant, can lift the spirits.

Christopher Robin, the Production/Lighting Designer for the country rockers The Andy Davis Band, had such an experience on Saturday August 15 when he lit his first concert at the Evergreen Drive-In. A highlight of the evening for him came at the end of the show, when fans (some of whom were fire fighters, given free tickets by the band), called for an encore by sounding their car alarms.

“It was something I never thought I’d see at the end of a concert,” said Robin. “All of a sudden all these alarms went off and lights started flashing. It was a new way for fans to express themselves in a new kind of concert setting — and it felt good to see.” 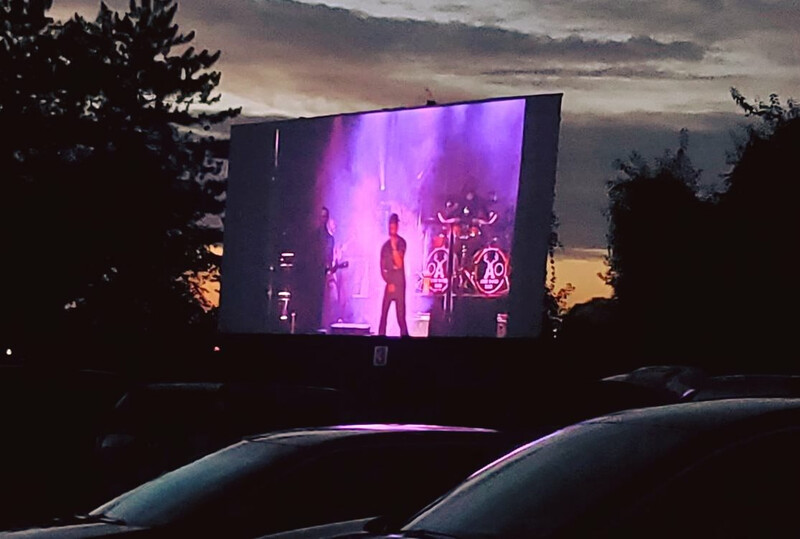 Robin and his co-designer Tyler Kluck engaged the sellout crowd at the drive-in by turning its SL100 stage into a glowing jewel box of vivid colors with help from CHAUVET Professional Maverick and COLORado fixtures supplied by Star Design Event Services.

“Tyler and I co-designed the show for a tour to support the band’s new album. ‘Blue Collar’s,’” said Robin. “We did this thinking that it would make it easier for either of us to run the show during the busy touring season. But of course, that never happened because of the pandemic, so there we were at the drive-in! It was the first drive-in concert for any of us, including the theatre itself.”

Adapting their show to the smaller drive-in stage, which was supplied by Flyspace Productions, the co-designers relied on some sharp light angles form the moving fixtures in their rig, anchored by the Maverick MK2 Spot, as well as atmospherics from their Amhaze foggers. 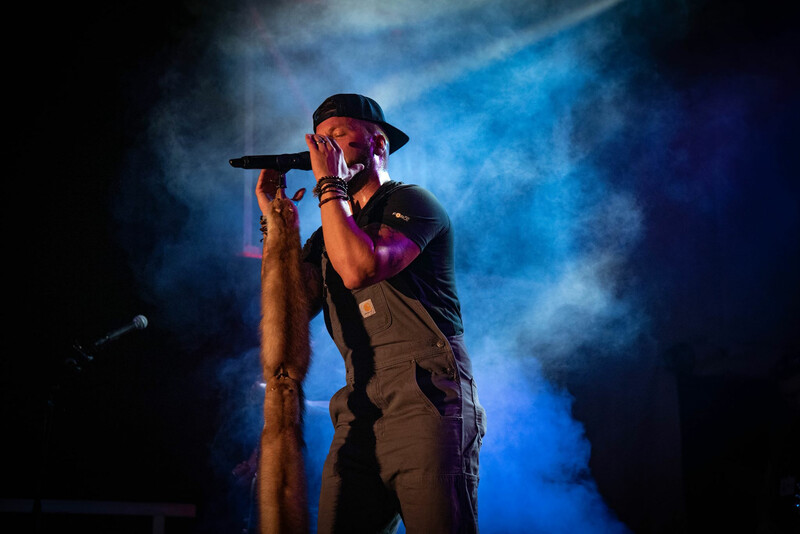 “We staggered lights at different heights and positioned the Mavericks on the upper mid-stage rail,” said Robin. “The Mavericks had the output to send light across the entire audience area, which engaged people. We also counted on the Mavericks to create a backdrop of gobos on the fog and haze, which was important given that the size and setup of the stage. The wide beam angle and prism effects of the Mavericks allowed us to do this. Even though they were only six feet away, they were able to cover the entire upstage wall.”

To colorize the stage, Robin and Kluck used five COLORado 2 Quad Zoom IP fixtures positioned on the downstage rail. The RGBW fixtures were used for a stage washing and accenting the performers in color. At some points during the show, the co-designers zoomed them in for specials. 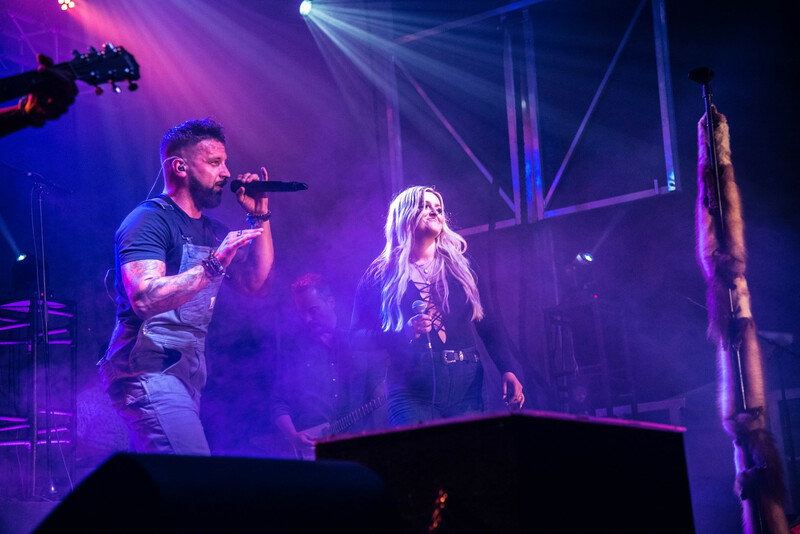 “With both of our theatrical experience, we know the value of picking colors and positions to convey ideas,” said Robin. “We had to create these emotions visually, whether the song is about romance, heart ache, drinking beer with your friends, working hard. We did symbolic lighting too, like going heavy with strobes and red and blue lights to represent the police in a truck tearing through a cornfield. The band’s music is roller coaster of emotions and I think our design matched the things they tried to convey.”

At the end of the show, the audience expressed emotions of their own with the car alarm display that moved Robins. This led him to reflect on the current state of affairs. “Adapting to different situations is what we do on a daily basis,” he said. “The recent pandemic has posed many challenges to our industry. As we always do though, we will adapt. We are just adapting to a new macrocosm instead of the microcosm. This event showed me that we are going to make it through this — and we will be more skilled when we get to the other end.” 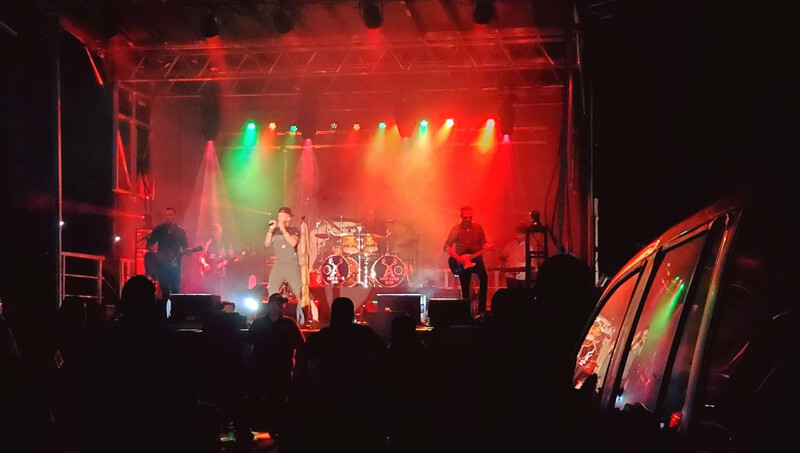 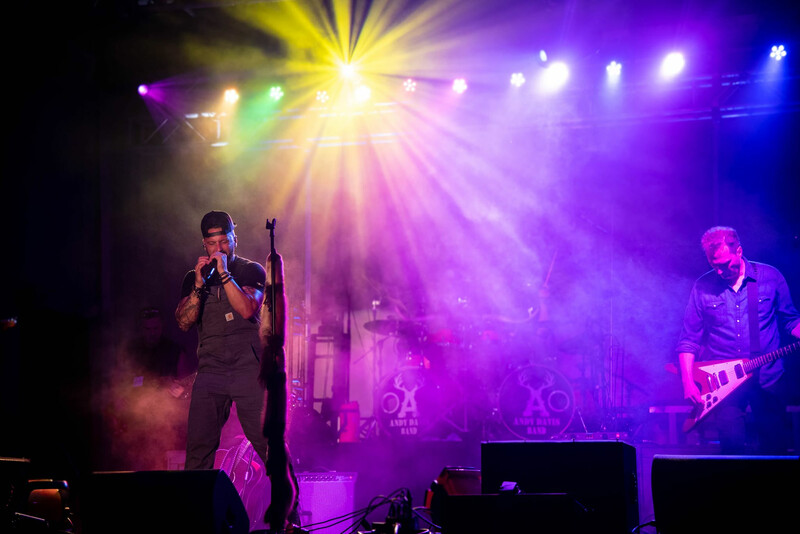