GREENSBERG, PA– As their farewell graduation party draws to a close, one of the students in Fame climbs atop a New York City taxi cab and belts out the familiar refrain “I’m going to live forever!”

It is a wildly hopeful declaration borne of the innocence of youth. Fame rarely, if ever, lasts for long, much less forever, regardless of how impressive the achievement that earned it may seem at the time. But while notoriety and reputation inevitably fade, the aspirations of talented young people to touch immortality through the power of the creative voice within them, remains immortal.

This was true of the class at Manhattan’s High School of Performing Arts in David De Silva’s 1980 musical film, just as it is of those in the drama program at Hempfield Area High School today. Even the pandemic could not change that. 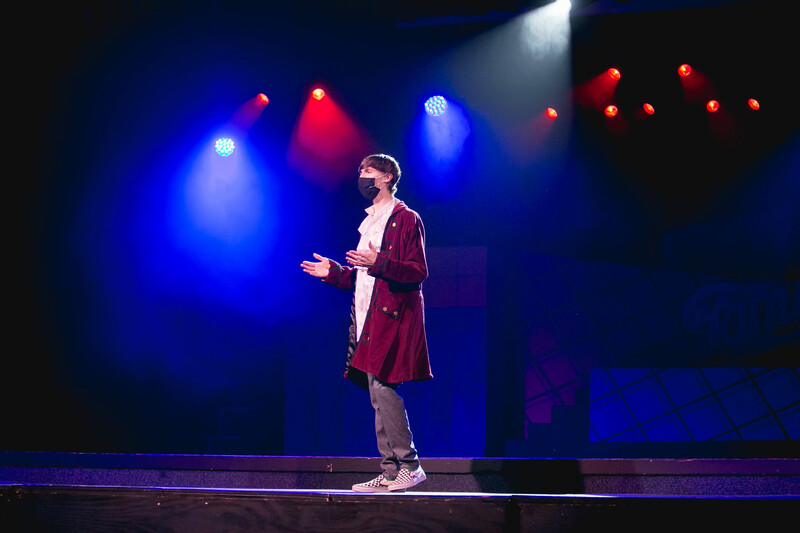 Wearing masks and following strict safety protocols, these students joined with the drama club from another school to stage an exuberant production of Fame – The Musical, filled with all the passion and optimism that has animated high school theatre for as long as anyone can remember.

Supporting them on stage was a colorful, upbeat lighting design by Christopher Robin that featured CHAUVET Professional Maverick Storm 1 Wash and Maverick MK2 Spot fixtures supplied by Star Design Event Services. Like the actors on stage, Robin, and his colleague Tyler Kluck, who served as lighting director for the show, had to make some adjustments to account for safety.

“There was a much wider group of people to wash due to the safety distancing,” said Robin, who works for Star Design Event Services. “Because of this, we positioned four of the six Maverick Storms in our rig to the outside of the downstage truss. This allowed us to get a nice even wash, despite the actors being more spread out than normal. It also helped that we could match the conventional house lighting with the CTO in the Storms, which the school rented for this show.” 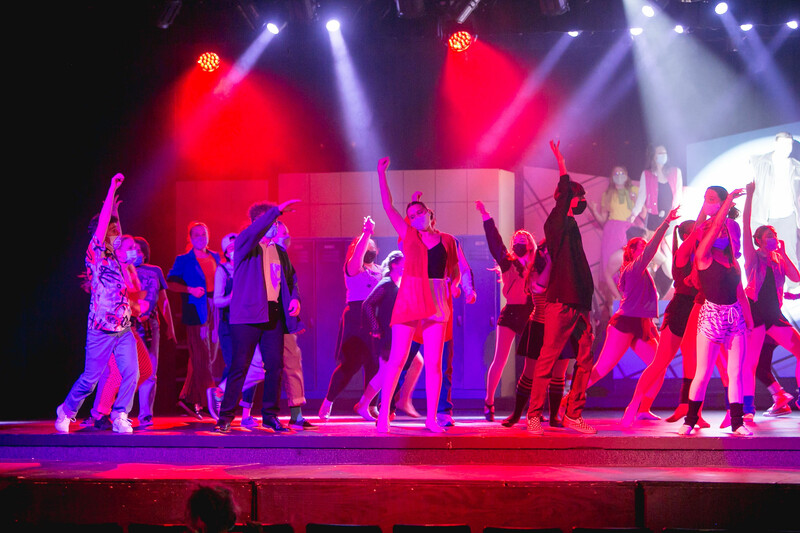 To add to the effect of the Maverick Storm 1 Wash units, Robin had them staggered, arranging them in positions that would enable him to cross wash the actors more effectively during what he terms “non magical” moments.” He notes that this positioning “also helped when we wanted it to look like a rock show.”

Robins flew two of the three Maverick MK2 Spot fixtures on downstage truss, relying on them to create specials. He also used them to texturize the stage with gobo patterns and create rotation effects for rock looks.

“We were able to hit the actors wherever they were and with their intensity,” he said of the 440-watt LED spot fixture. “This helped create the pop that I’m always looking for when I design a musical.” 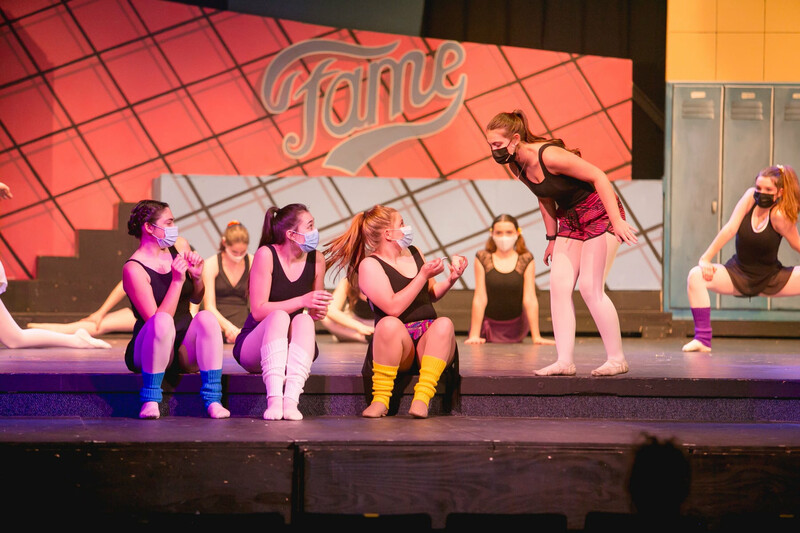 The third Maverick MK2 Spot in the rig was positioned on the first electric and used for special key lighting at dramatic moments. “I love using the stark white beam of this fixture behind the actor,” he said. “It’s a look that I think it is also very effective. We didn’t have the highest trim height, so it was great how the MK2s opened up so we could achieve the looks we were after.”

Given its theme, Fame- The Musical has many moments that call for special key lighting, in Robin’s view, which is why he had the MK2 Spot on the electric. “The show takes place at a school for talented young individuals trying to better themselves in their art,” he said. “We all know art is hard, and I wanted the lighting to help carry that emotion.”

Key lighting, was critical in this show, notes Robin, because it foreshadows a future when its characters hope to have the spotlight shining on them. Under his design philosophy, key lighting symbolizes every character’s aspirations – and unlike fame, the power of hope and aspiration does indeed live forever. 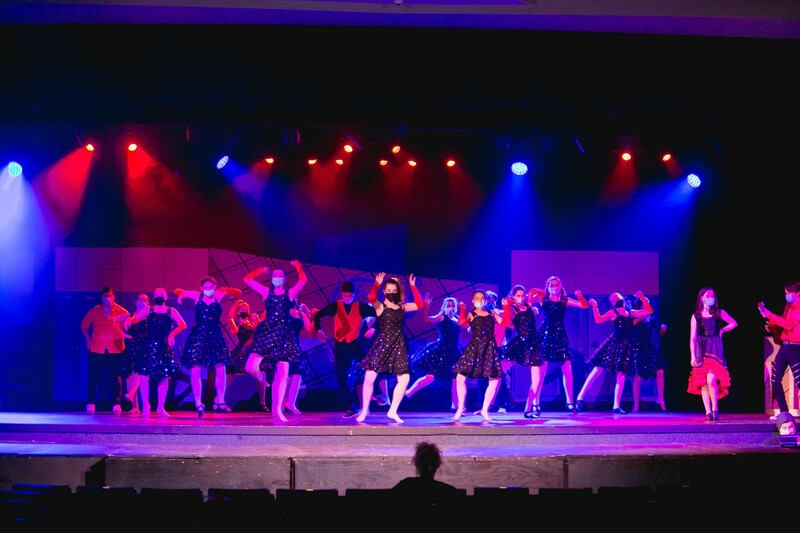 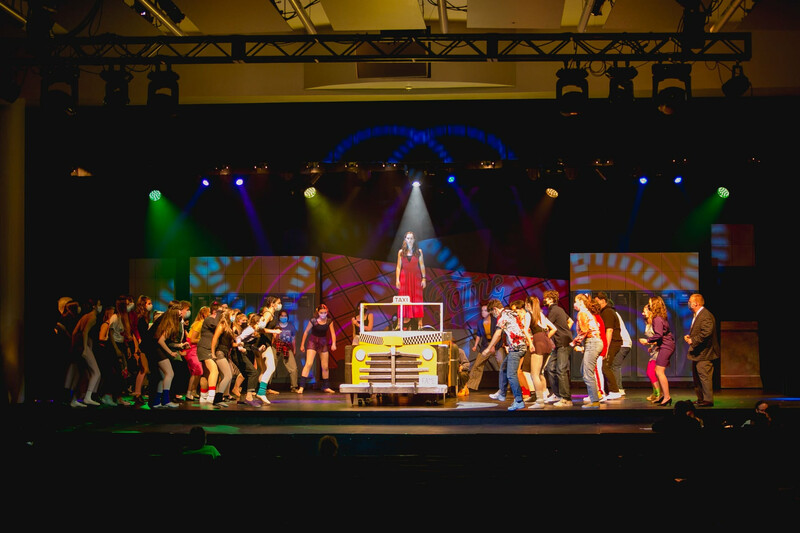