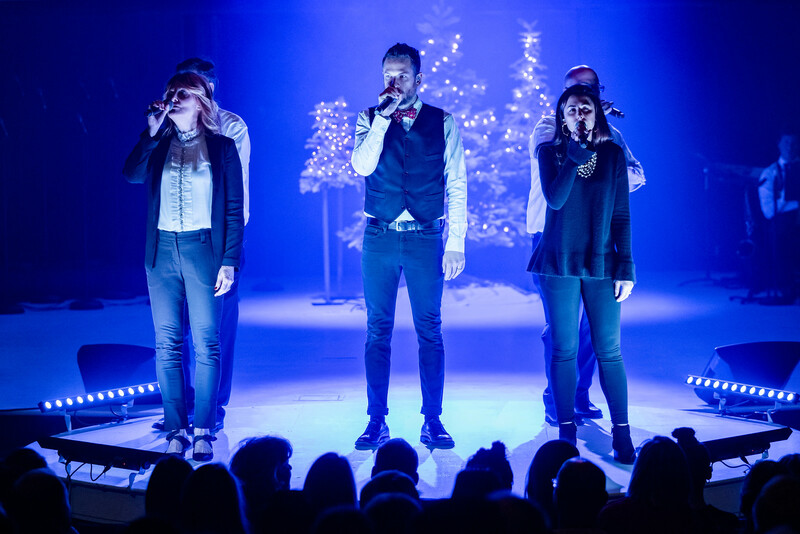 FAIRFIELD, CT – Gobo patterns have a power all their own to bring music and message to life in a house of worship, believes Christopher Palazini, Lighting and Projection Director at Black Rock Church. Palazini demonstrated this point in unforgettable fashion for 2,400 worshippers over three morning services on Sunday, December 15 at the church’s annual Christmas musical presentation.

As the choir and worship band began performing “Silent Night (With Savior King),” the stage was bathed with a field of slowly rotating white star field gobo patterns from eight CHAUVET Professional Maverick MK1 Hybrid fixtures. Then, as the angelic song gathered its own force and the lead vocals allied themselves with the raised voices of the choir, the Mavericks hybrids tilted out toward and over the Worship Center, causing this starry night to expand with a captivating, easy grace, until the entire room was enveloped in a celestial panorama. It was one of many immersive moments that reflected the transcendent message of these special services.

Another occurred when a group of vocalists performed a cappella version of “Little Drummer Boy,” and Palazini used the Maverick MK1 Hybrids to create a crown of light around the singers. Did many at the church notice the literal meaning of the “crown?” He wonders. One thing is certain, however, the imagery created with the crisp gobos intensified the message of the song. 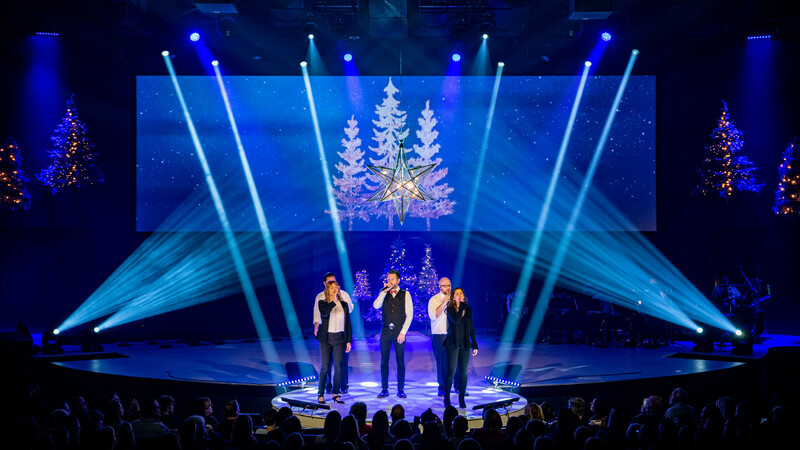 “I know that gobos are often used in contemporary church settings as aerial atmospheric effects with haze, not unlike at a concert environment,” said Palazini. “We often go that route as well, particularly at our Sunday evening young adult services, but coming from a long career as a commercial/animation/visual effects editor, I often use the gobos to create texture on the stage that works in concert with the lyric backgrounds on the screen.”

Palazini also relied on color changes (both dramatic and subtle) to convey moods during the hour long Christmas event, something he also does when lighting Black Rock Church’s three regularly scheduled Sunday services.

“Each week when I am programming/designing the lighting for the Sunday services, I will take some time to listen to the songs that will be played, so I can get a sense of the message and tone of the music,” he said. “For the lower key and more contemplative pieces that emote a sense of warmth, I rely on a combination of deep reds and dark ambers. With songs that are more upbeat and celebratory, I’ll use a mix of cooler and brighter colors with accents from the gobo patterns in white, again drawing some sense of that from the color palette of the projected backgrounds we’ve chosen.” 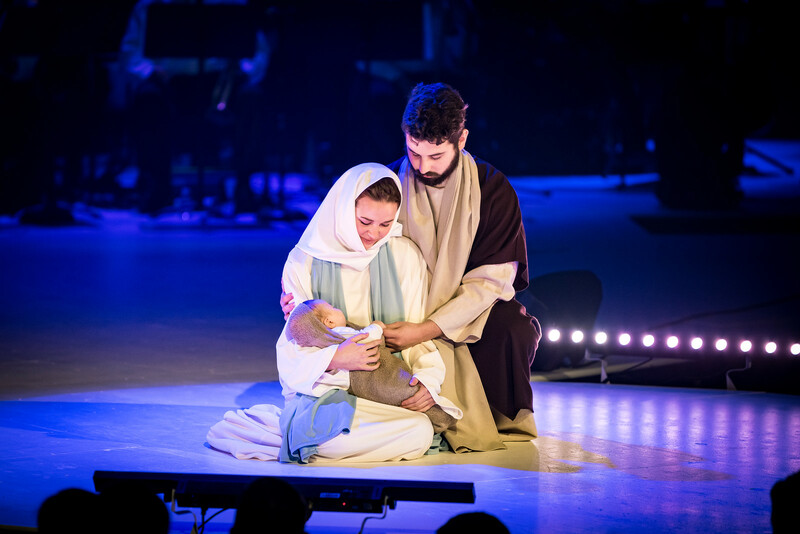 For much of the Christmas presentation, Palazini covered the stage with deeply saturated blues and purples, evoking a profoundly peaceful feeling. At the conclusion of this event, when the band performed “Jingle Bells,” he lit the entire room with seasonal greens and reds. “This was two weeks before Christmas Day, so we wanted to send people off in a festive mood as they headed out to celebrate the Christmas season with family and friends,” he said. “The red and green were just the obvious, and correct, choice.”

In addition to the Maverick MK1 Hybrid, Palazini used ten Rogue R2 Wash and six Rogue R2 Spot fixtures, as well as two COLORado Zoom WW Tour par style units, and four CHAUVET DJ COLORband T3 lights in the Christmas show, which took place on a 50-foot wide by 32-foot deep main stage and a smaller B stage. “The reliability, gobo features, and color rendering of the Maverick and Rogues make it much easier to create the looks I’m after,” he said.

Like all events that flow with a seemingly natural ease, Black Rock Church’s Christmas presentation, which featured 10 songs, short dramatic pieces, and a sermon by Senior Pastor, Dr. Stephen Treash, was the result of exhaustive preparation and hard work on the part of many worship team staff and volunteers. “Each Christmas season we do a complete transformation of our stage,” said Palazini. “Our preparations begin on the Monday after Thanksgiving. We start by clearing the stage of all the lighting, electrical and band gear from the previous Sunday; then this year we built a 12-foot diameter Stage B off the downstage center edge of our main stage. Once that’s done, we assembled and decorate ten Christmas trees to hang on either side of the stage. 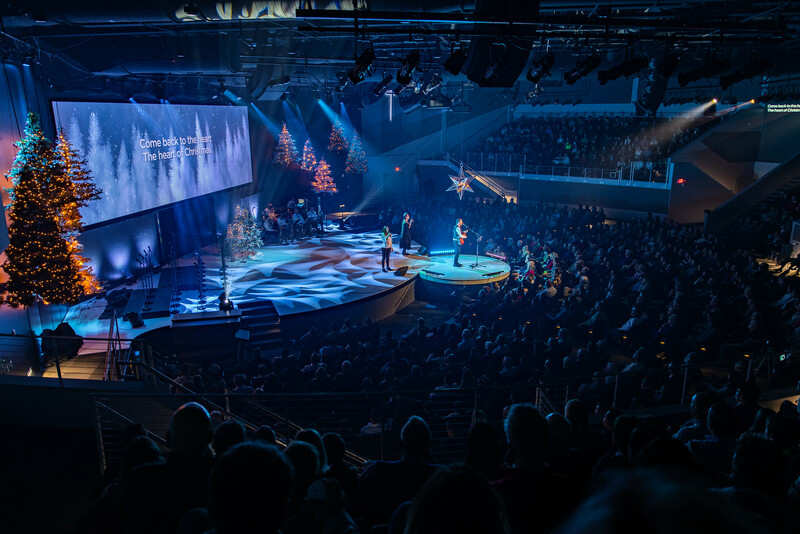 “We also hung a 52-inch 75-pound glass and metal Moravian star from the rafters,” continued Palazini, “Then there’s all the added wiring of power and DMX control for the lights on the star and trees. Once the rigging and electric were done, we painted the stage white for the month of December. Every year, we change up the staging for the December services.”

The Maverick MK1 Hybrid, Rogue R2 Wash and Rogue R2 Spot fixtures, which are all part of the church’s fixed rig, were flown alternately on a trapezoidal grid that is dead hung above the stage for the Christmas event. Working in coordination with the scenic pieces and 40-foot projection screen, the lighting creates an immersive and uplifting environment during the month of December.

In many respects this is no different from what the lighting does the rest of the year, notes Palazini. For Christmas, though, gobos and colors are called upon to enhance the stage and create an even more immersive environment that reflects the spirit of this special time of year.