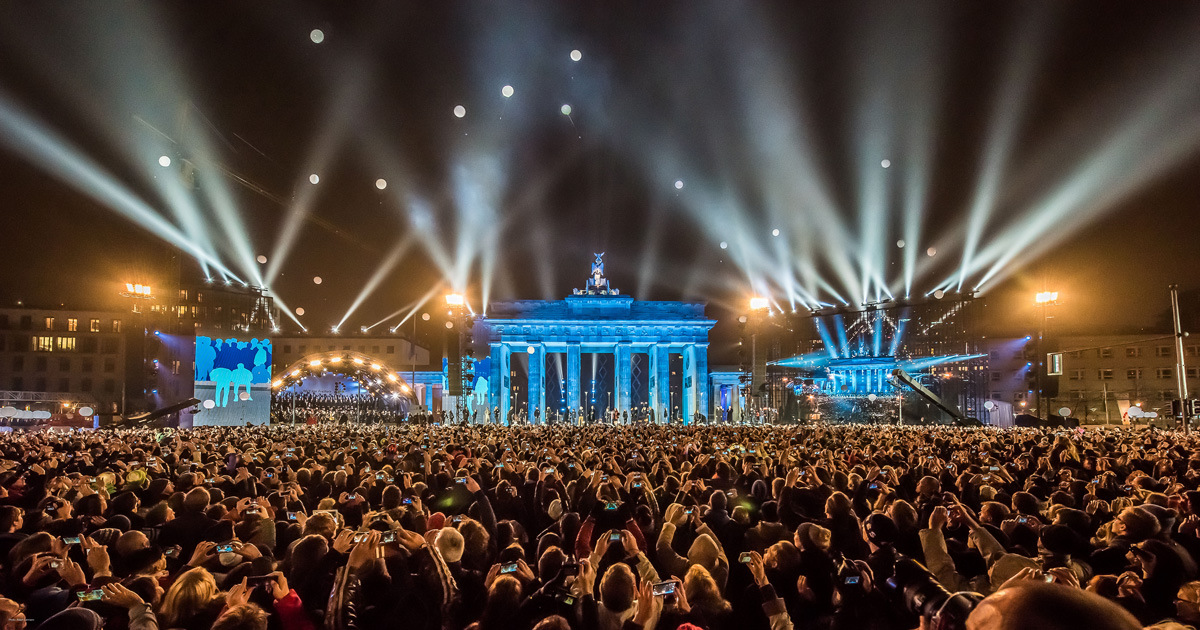 Over a million people saw this German designer/light artist’s expansive 15-kilometer long creation marking the 25th anniversary of the fall of the Berlin Wall. No two of them, he believes, internalized its “meaning” in quite the same way. Christopher Bauder is perfectly fine with that. In his estimation, all art, including light art, is meant to be experienced, rather than understood.

The founder of the WHITEvoid design studio and DARK MATTER, a popular and permanent light art attraction in Berlin, Bauder’s work has been featured around the world, from the Centre Pompidou in Paris and The Festival of Lights in Lyon, to Milan Design Week and MUTEK in Mexico City. 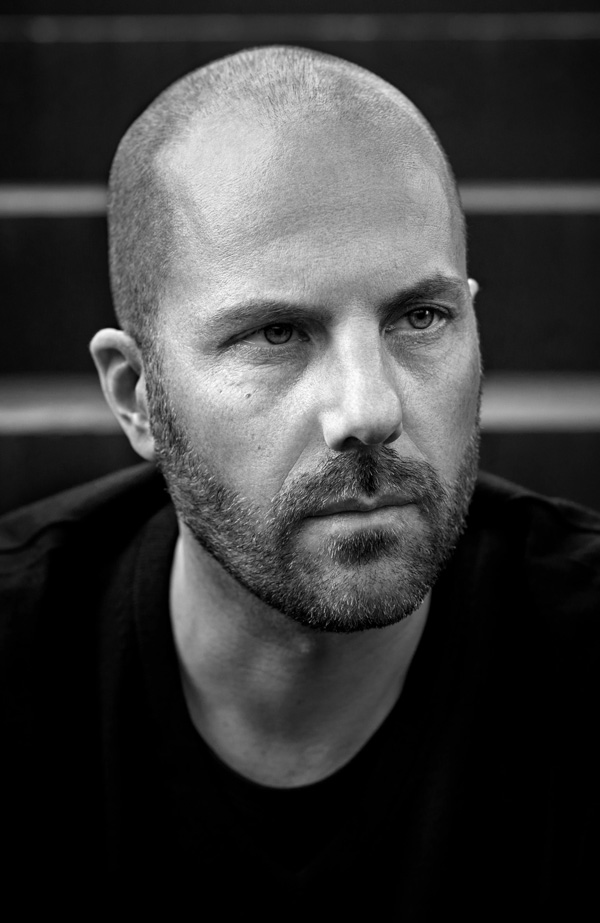 Though varied in scope and complexity, his designs share a common goal: to move people on the deepest sensory level, a point where intellect and emotion give way to a more primordial sense of self. Persuading observers about a given point of view, or delivering an intellectual message with his creations holds no interest for Bauder. It is only through touching them in this most personal, sensorial way that his work achieves its mission.

Bauder’s achievements have earned him many honors including multiple German Lighting Design Awards, the Red Dot Design Award, and the Canes Gold Lion. In addition to light art exhibits, he has designed touring shows for bands like Bon Iver and Abba as well as corporate clients, such as Amazon, Addidas, Coca Cola and Audi.

Speaking to us from the offices of the studio he founded in 2004, he shared his insights into the sensory power of light.

So if you met strangers on holiday somewhere and told them what you do, what would you say to them if they asked “what exactly is a light artist?”
“I’d say something like ‘I move lights in space to create sensory experiences,’ or something like that. But more likely, I would end up showing them pictures. I work in visual design after all, so visual are sometimes the best way to express this sort of thing.” 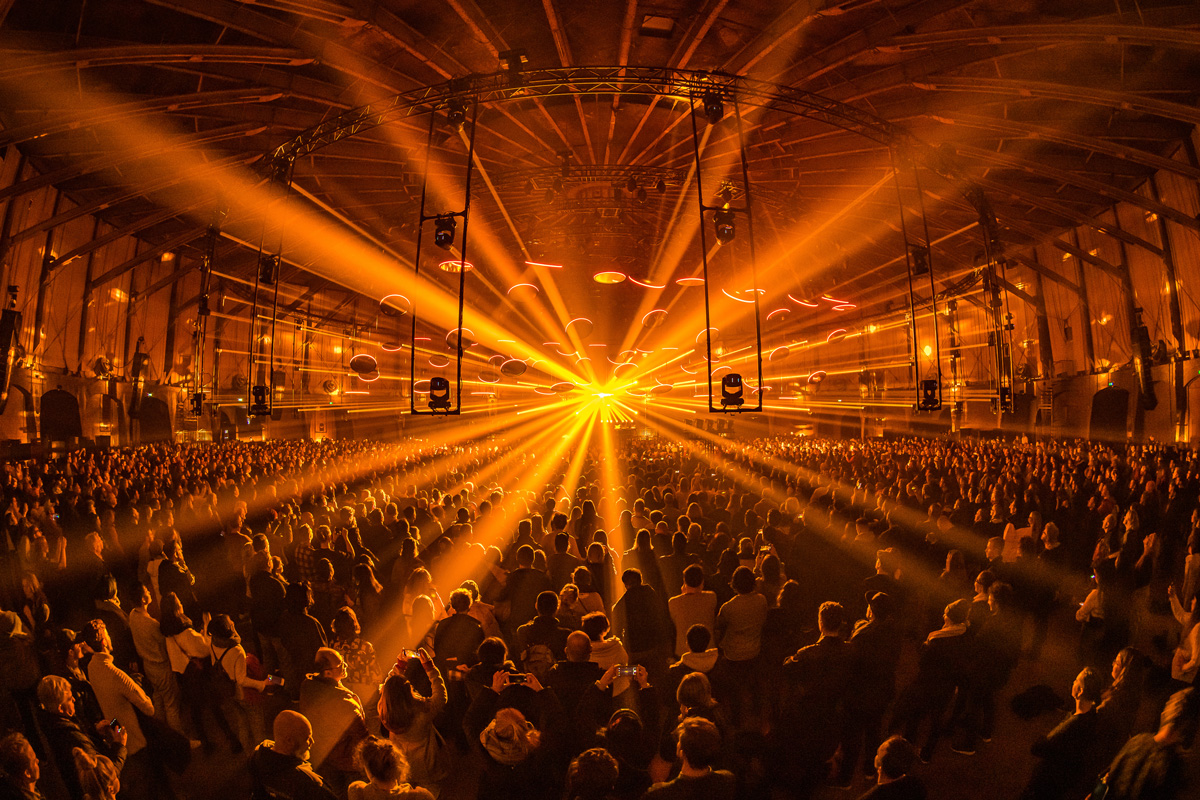 What if they asked, “how is that different from the designer who lights concerts of plays?“
“I would say that I am not illuminating anything in the same way that those designers are. Of course, my lights illuminate, as all lights do, but their primary intended is to create a transformative space.”

We imagine one of the pics you’d show those inquiring people would be of Lichtgrenze, your 2014 project to commemorate the 25th anniversary of the fall of the Berlin Wall, which covered 15 kilometers. Why so large?
“That project was done with my brother who is a film maker. He was interested in documenting the historical aspect of the wall, I wanted to convey a more sensory feeling about that event. The best way to do this was to cover the entire length of the wall, which explains the size. We used about 8,000 illuminated balloons over this area. The airy delicacy of the balloons contrasted with the heavy, dark concrete of the Berlin Wall. Also, the balloons floated away, creating a contrast to the immoveable wall. My goal in this project wasn’t to make any particular point, but to bring people together to talk with one another about the history of this particular spot.”

In Lichtgrenze, you married light art with history, while in your touring SKALAR project, you marry it with sound, by collaborating with musician Kangding Ray. In this combination of light and music, does one element come first, followed by the other?
“No, it’s more like a ping pong game going back and forth between the two of us, as we show each other ideas and evolve them together until we reach the point that works best. At its core, SKALAR is intended to reflect the eight basic human emotions in light and sound. The exhibit has been touring the world, appearing throughout Europe, Asia and North America. Again, no two people experience it in quite the same way. Some lie down and look up at the lights. Others walk around, or sit down holding hands. In the end it’s a very personalized experience.” 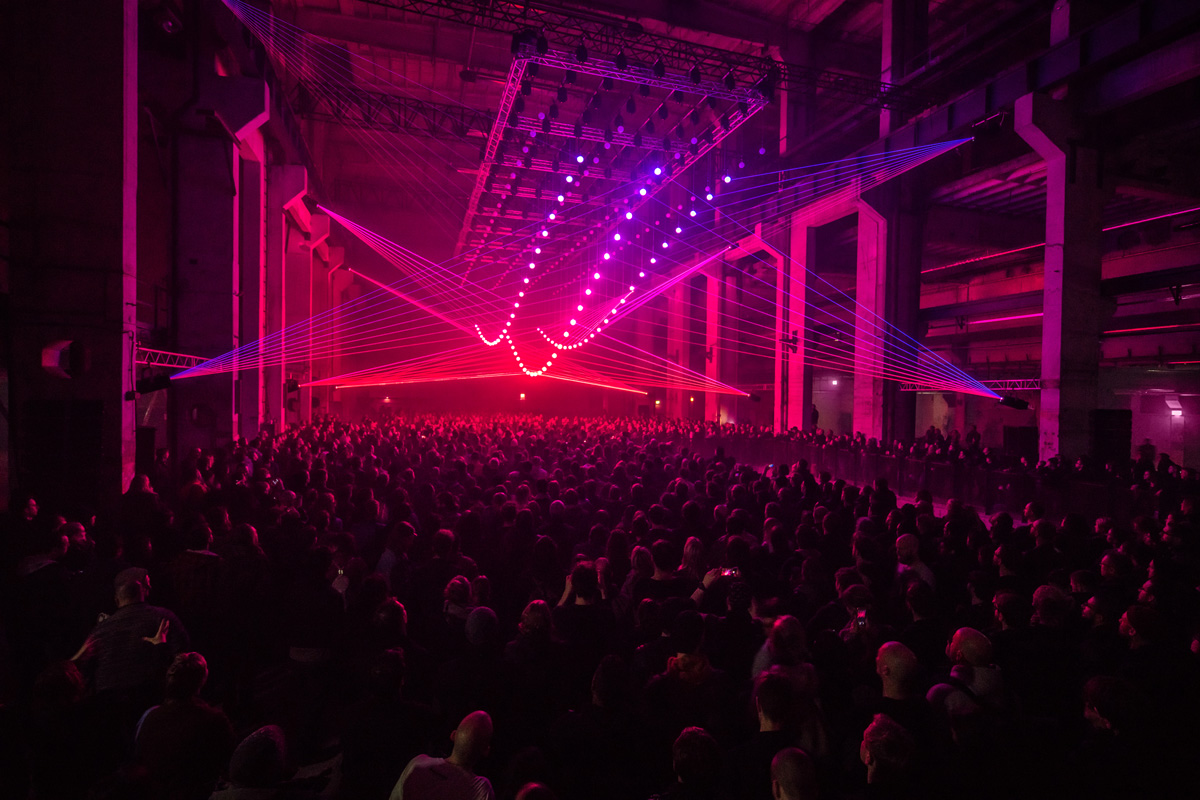 The molding of various shapes plays an important role in SKALAR with its floating spheres. You’ve also used geometric patterns to great effect on a great many other projects, such as the Invisible Kitchen with its myriad circles for Milan Design Week and the Polygon Playground exhibit in Denmark. How do you see shape interacting with light?
“There is an intersection of form and light. The human eye is drawn to light and it’s also drawn to geometric patterns, especially when they flow and change. Isn’t that a big reason why we like to sit and watch waves roll in from the sea, or clouds float in the sky? There is a reassuring quality to those patterns, they imply logic. I use them in light art to connect to audiences. I also break those patterns to arose excitement, fear, and anticipation. Then when I put those circles, squares or triangles back together, it creates a feeling of security again. It is not unlike a drama on stage, only it’s made up of lights and forms moving in space.”

What sort of design tools do you use to create your light art?
“We use a variety of tools. There are the standard pixel mappable LED lighting fixtures and occasional video wall. We also use a lot of automation, which we make ourselves, as well as 3D visualizers and game engines. We have even created a real time 3D protype environment with our own software that networks to the music software of our collaborators.” 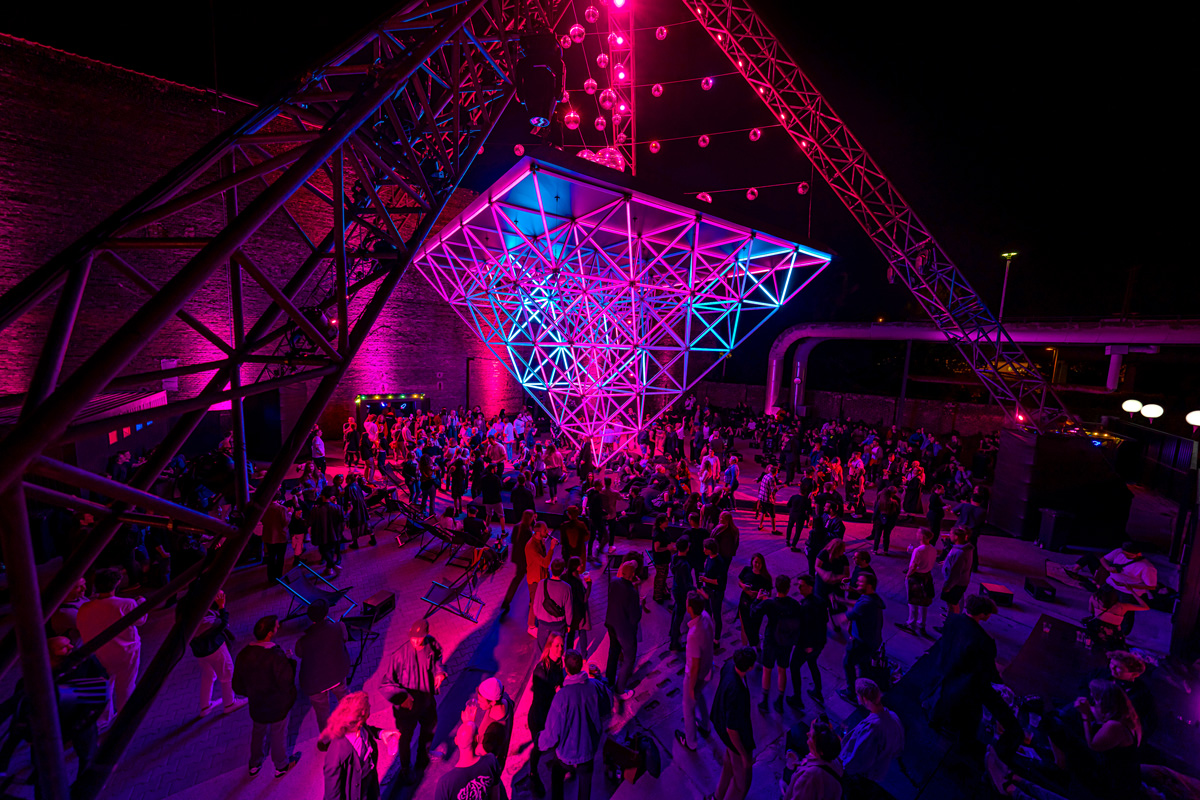 You’ve been in the forefront of technology. Does encountering new tech tools give you new creative ideas?
“It certainly does sometimes, but sometimes the tools just let you unlock the vision that you already had. One thing is certain, when you encounter new technology, it helps you grow as a designer. It’s like getting a new musical instrument and learning how to play it. You discover new ways of hitting notes. However, I would not embrace new technology just because it’s new. It would have to serve some design purpose, otherwise, what’s the point?”

Do you see VR technology converging with light art?
“Absolutely! At some point in the not too distant future, they will become indistinguishable.”

Your design studio is WHITEvoid and your permanent exhibition is DARK MATTER. Two extremes, but very codependent on one another. Can you tell us a bit about these dichotomous names?
“Interesting question! On a practical level, the name WHITEvoid came from when I was I college at Universität der Künste Berlin. My classmate and I had done a project together and that led to someone wanting to hire us for a project. Well, we thought we’d better sound professional for invoices and things like that so we decided we had to come up with a name. 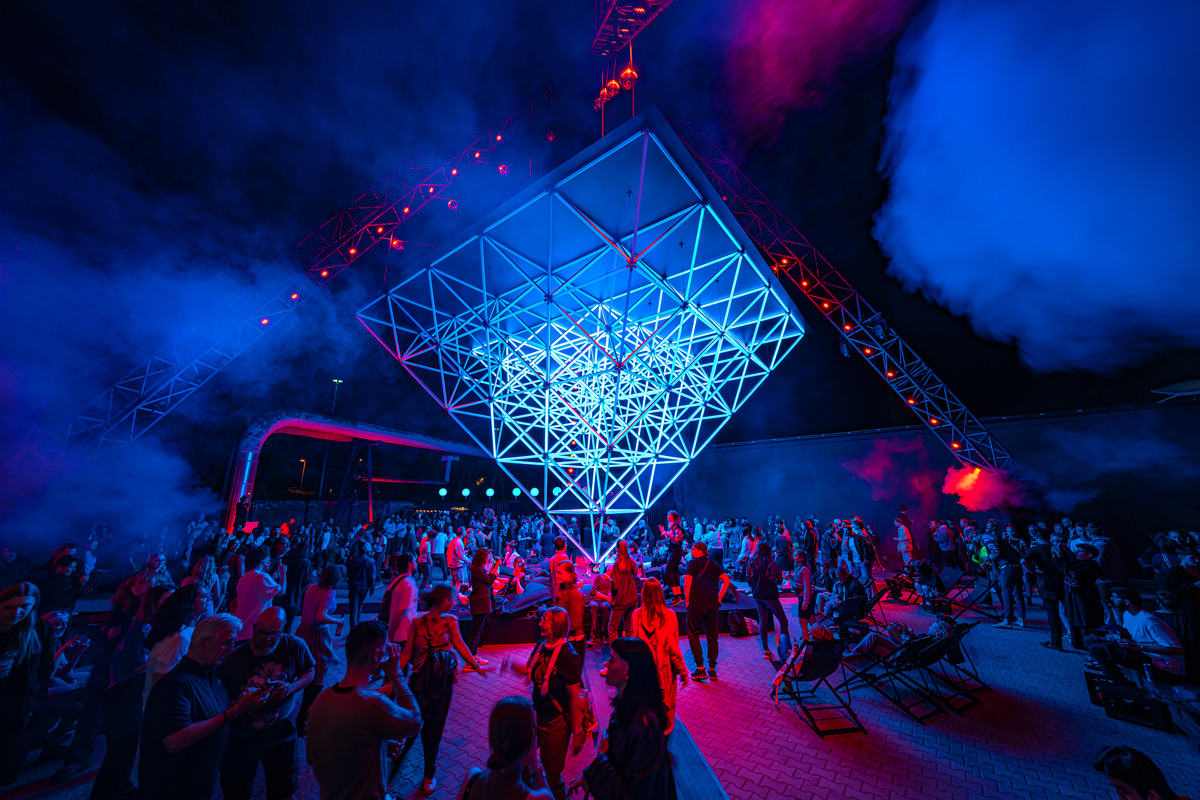 “We selected WHITEvoid, because that’s what a designer is confronted with at the start of every project. It’s like a writer staring at a blank page. Only we didn’t even have a page, just a void on a computer screen.

“As for DARK MATTER, that name accurately describes our permanent installation. The darkness is the canvas that our lighting design is created on. The facility is in an old Berlin warehouse. We painted everything in black matt paint. It’s not a black box, because the building has nooks and coves, but the blackness is where we start from. Our light creations can be seen as disruptions of the darkness.”

You mentioned writers staring at a blank page. Many of them find that to be scary when they sit down to write. Are you ever intimidated by the blank screen in your work?
“No, because there are always so many ideas coming at me. They come from films, sci-fi stories, new technology, even plays on my previous work. If anything the challenge is to sift through all these ideas.” 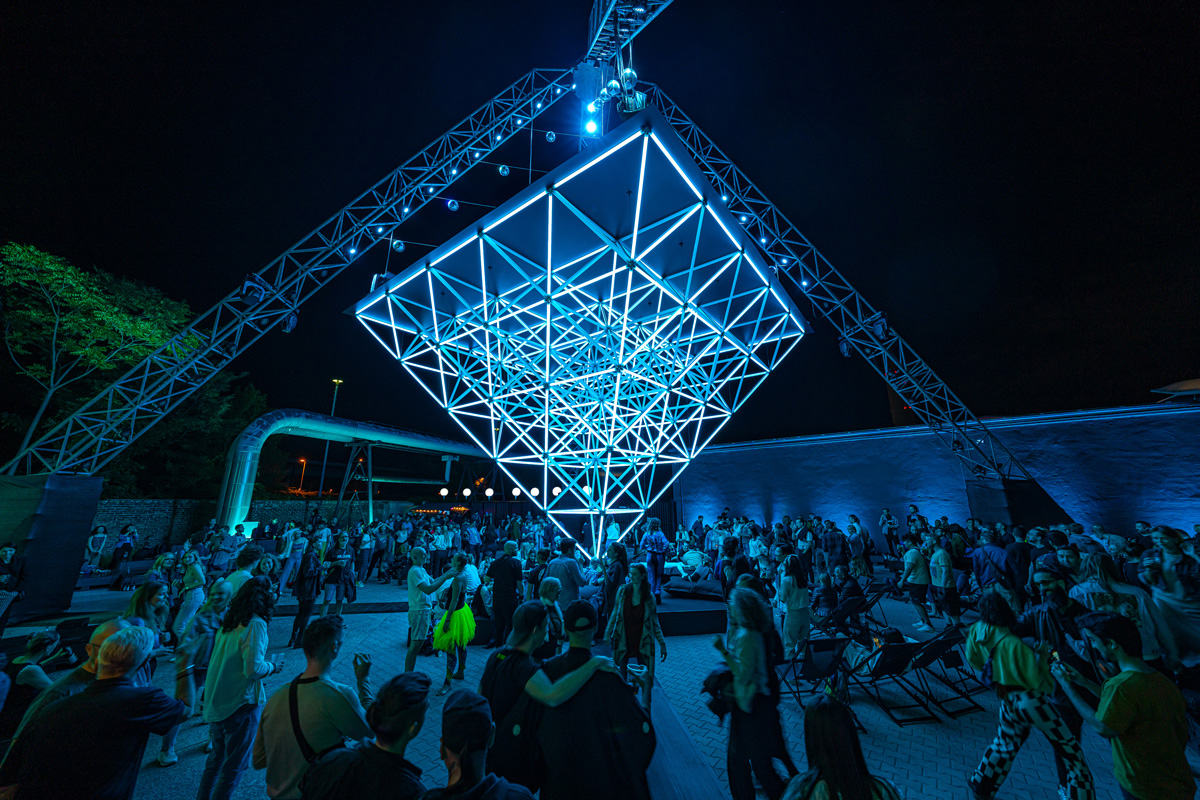 One more writer question, if we may. James Joyce once said that writing is never finished, it’s abandoned. Do you experience that in the design process?
“How true! You never really know when a project is finished. I keep refining a light art project and then get to the point where I have to ask myself will this extra detail really create a difference? Is it something that will really create a deeper emotion on the part of those who see it? When the answers to those kinds of questions keeps coming back ‘no,’ then I know it’s time to move on to another project. Of course when you look at your work later on, you always find ways it could have been better, but that’s the nature of creativity.”

From many of your answers, we can see that evoking emotions are a very important part of your light art, but what about thought. Do you strive to provoke that too?
“Yes, but it’s not like light art should have a ‘message’ or any kind of agenda to persuade people to think a certain way. Like all art, it’s not a question of what a work ‘means,’ but how it moves people, not just on an emotional or intellectual level, but really on a total sensory level. I don’t intend to educate or persuade with my work. My goal is to give people time away from their real word to find themselves in another more relaxed state. It’s not meditation, but something along those lines – and, as we discussed earlier, this takes place on a very personal level. Your response to a light art experience may be very different than mine.”

How did you get started in design?
“I was always interested in art and the effect of light on our moods and perceptions. At first I wanted to become a film director and wanted to go to film school. That didn’t work out, so my mom suggested art school. I got into a very good one, and everything just flowed from there.” 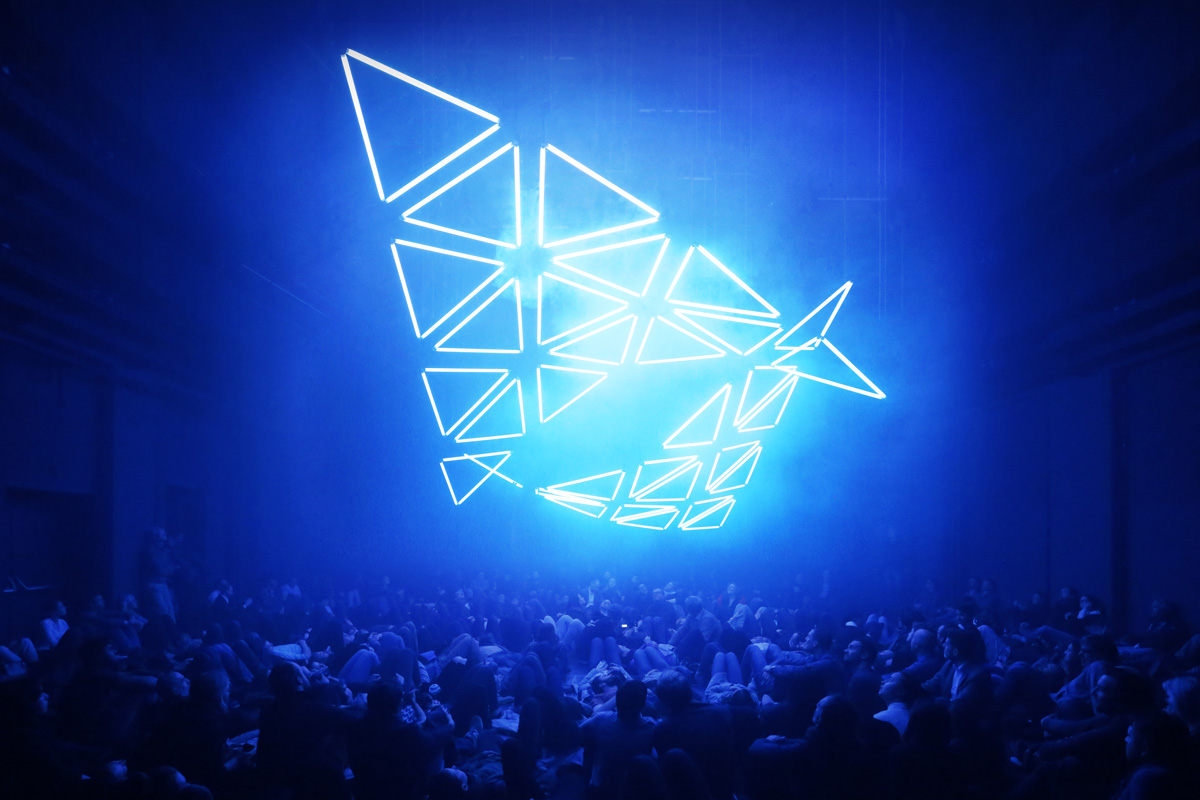 What is the most challenging thing about your job?
“It has nothing to do with design. Instead it’s managing projects. We have 35 employees at our studios, plus we use freelancers. Some of our projects might involve 50 creatives so management and communication require effort. I usually communicate my ideas about projects in pictures, not words, to my team members.”

What’s the best thing?
“That is an easy one! The best thing is being able to create my own destiny. I can imagine something and then work to make it come to life. It is a wonderful feeling.”

You’ve earned many awards in addition to working at some of the most prestigious events in the world. So how would you like to be remembered as a designer?
“Honestly, I am honored by the awards, but to me how I’m remembered is not important. I am just happy to be able to create and reach people now.” 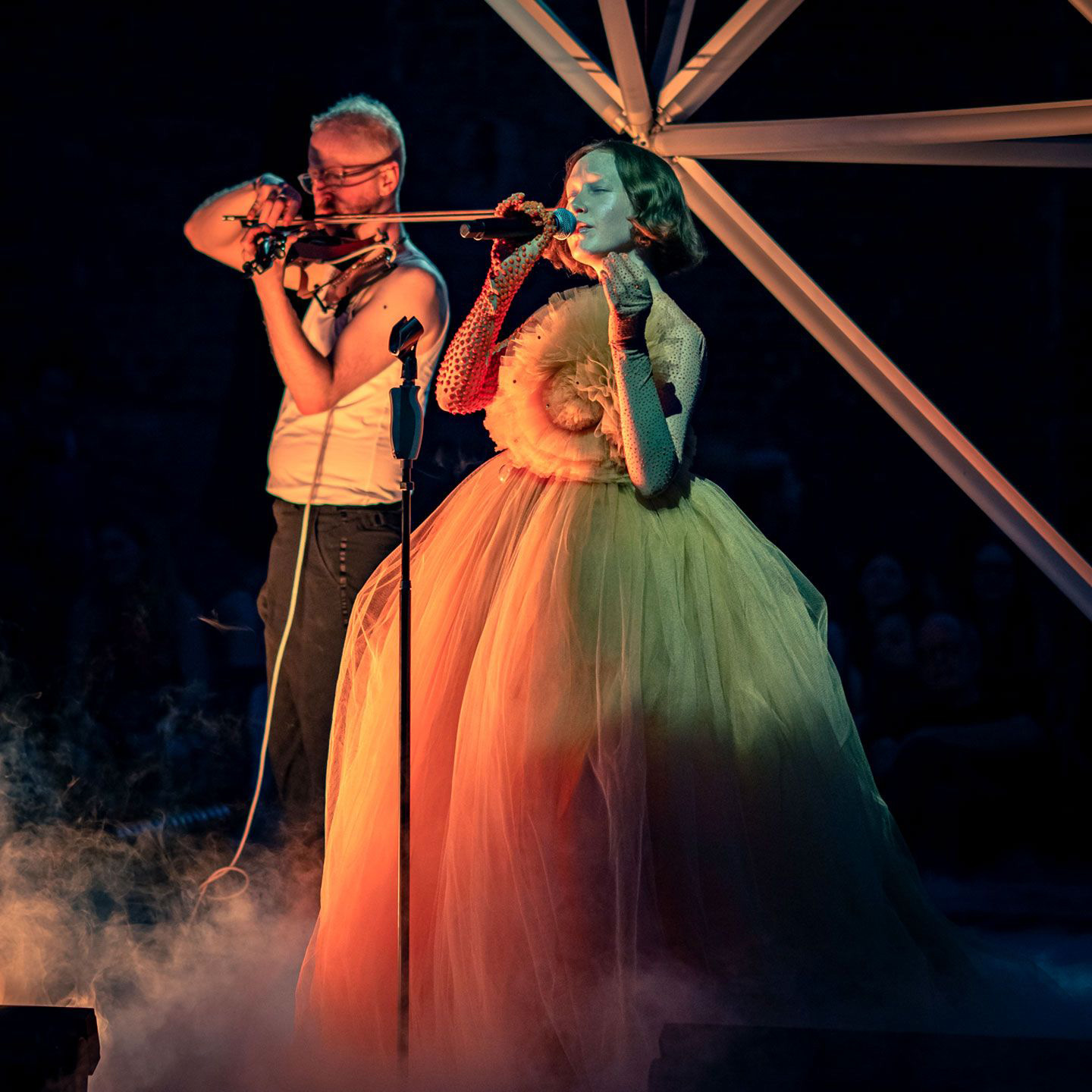