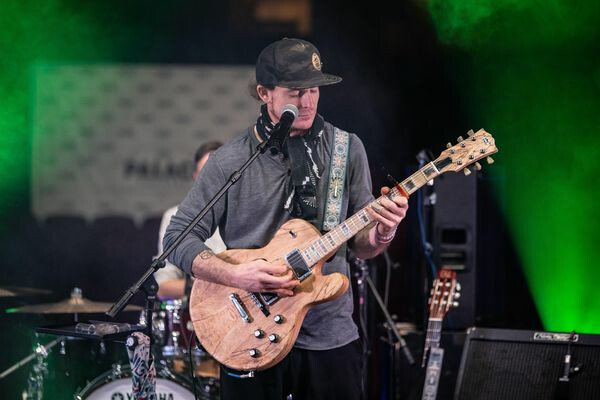 ALBANY, NY – The Palace Theatre is Christine Whelan Sharp’s favorite venue to light in and not just for its graceful Art Deco architecture with its gleaming exterior and stylized accents. Nor is it for the theatre’s rich 91-year history that has seen greats like Bruce Springsteen and The Rolling Stones grace its stage.

What Sharp especially likes about this venue is the sense of intimacy performers and crew feel with the crowd. So, it took some getting used to when she stepped inside the Palace on January 15 to light a livestream show by rockers Annie In The Water before 2,900 empty seats.

“It was a different kind of feeling working that theatre when it was empty,” said Sharp of High Peaks Presents. “We had the band facing upstage during the livestream, so the downstage apron was really the back of our stage and the empty seats were the backdrop.”

Sharp worked this configuration to the advantage of her design by using six Maverick MK1 Hybrid fixtures from High Peaks’ own inventory to create an arc of light behind the band. Positioning the 440-watt spot-beam fixtures in a curved line behind the band and intersplicing them with RGB linear fixtures, she framed the group in a colorful glow. 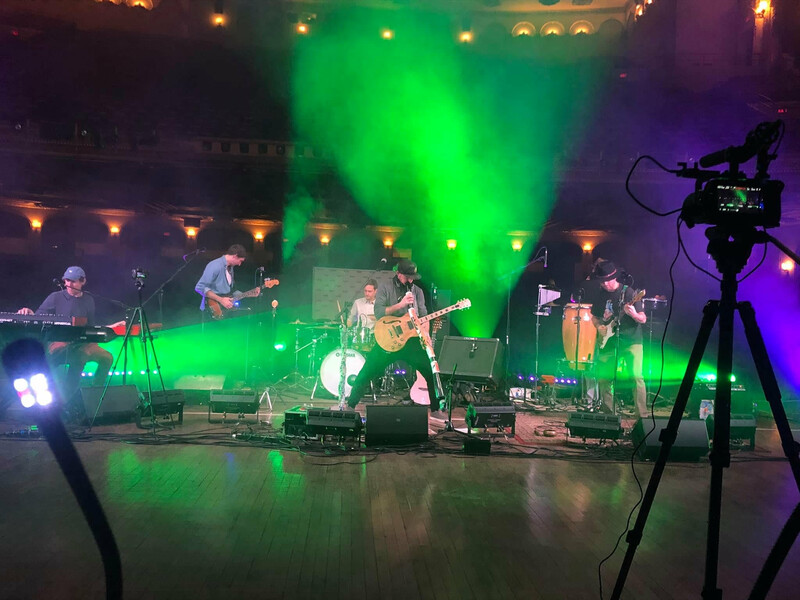 The arc of color from Sharp’s floor package played off nicely against the overhead house lights, which were set a low intensity, and the evocative video images from Frankie Cavone and Mirth Films. This allowed just enough of the empty theater to be picked up by the camera to give the livestream a deep, redolent look that accentuated the theatre’s homey character.

“We deliberately kept this design low keyed, and used lighting to set a certain tone, rather than blow people away with a lot of intense movements,” said Sharp. “Part of this was for the camera, and part was because we felt this fit the mood of the music.”

Presenting a challenge to the design team was that there were only four hours to load in and load out – this included lighting. audio, recoding and sound check — with a crew that was limited because of social distancing. Sharp credits the two union crew members from the Palace team with helping to make this show go smoothly.

“The crew there is the sweetest and I always look forward to seeing them,” said Sharp, noting that at the Palace it’s “always about the people.” This is true, it appears, whether they’re in the seats, or working behind the scenes. 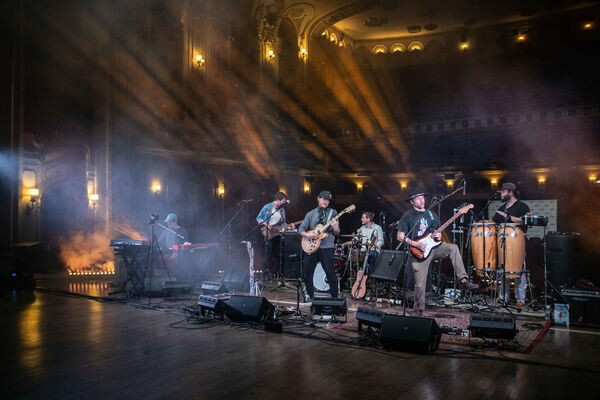