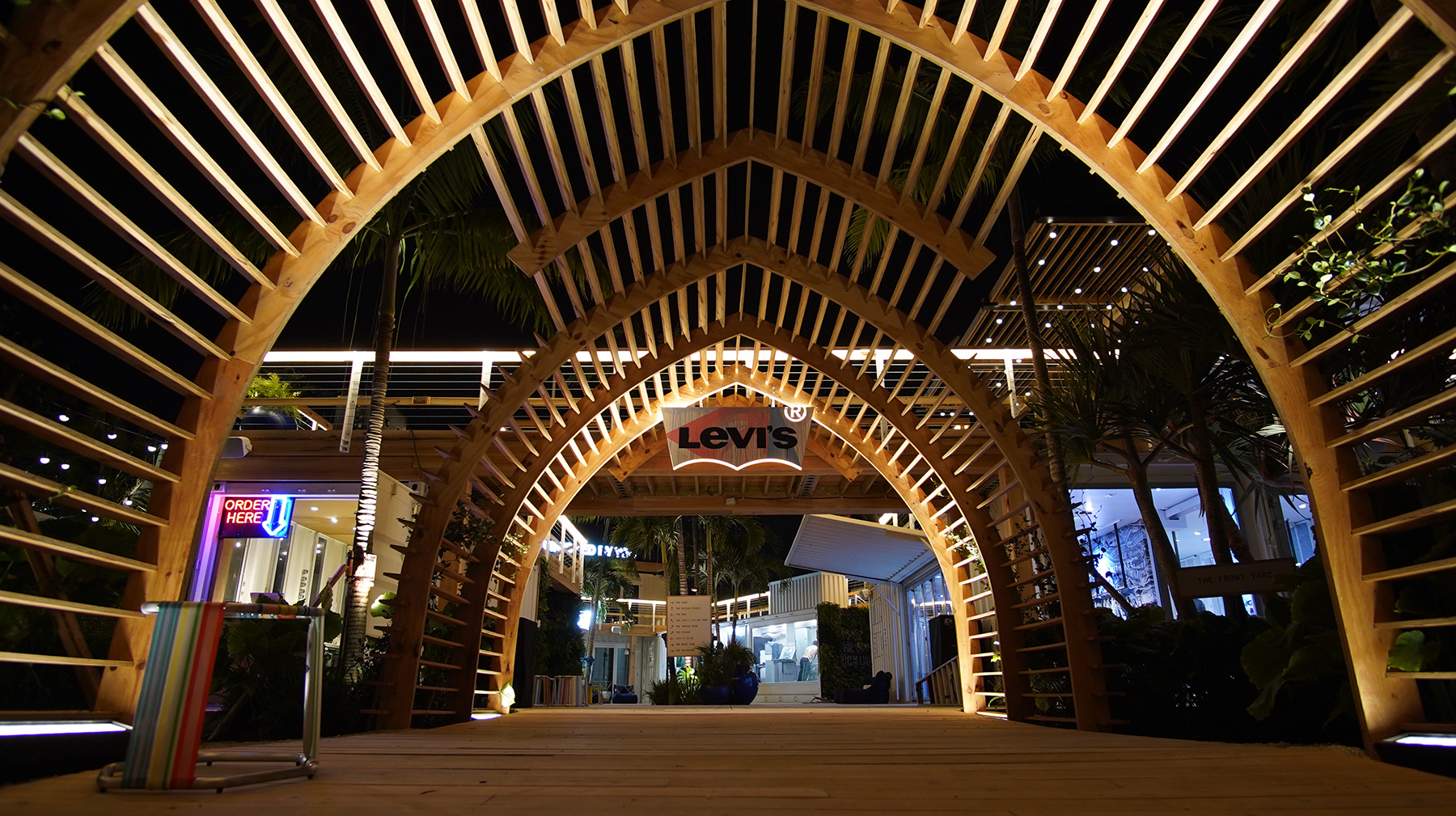 MIAMI BEACH – “All children are artists!” Pablo Picasso once declared. The artistic heart that lies within every child, never really stops beating. Given the right kind of inspirational setting, it’s capable of calling forth beautiful creations in all people, regardless of age. This was the driving force behind Levi’s Haus, a stunning bi-level popup studio/store run by the famous clothing maker during the five-day Art Basel in December.

With a stated mission of being “purely dedicated to self expression,” the attractively designed space provided visitors with myriad creative opportunities from designing their own apparel, to customizing jeans with futuristic tints and laser technology, to participating in bespoke customization workshops with noted street and graffiti artists.

The transcendental design of Levi’s Haus with its clean, uninterrupted architectural lines and meditative trappings engendered the flow of creative juices. Playing an essential role in contributing to this enriching atmosphere was an evocative lighting design by Chris Fernandez that featured a collection of 142 CHAUVET Professional COLORado Solo fixtures supplied by 4Wall Entertainment. 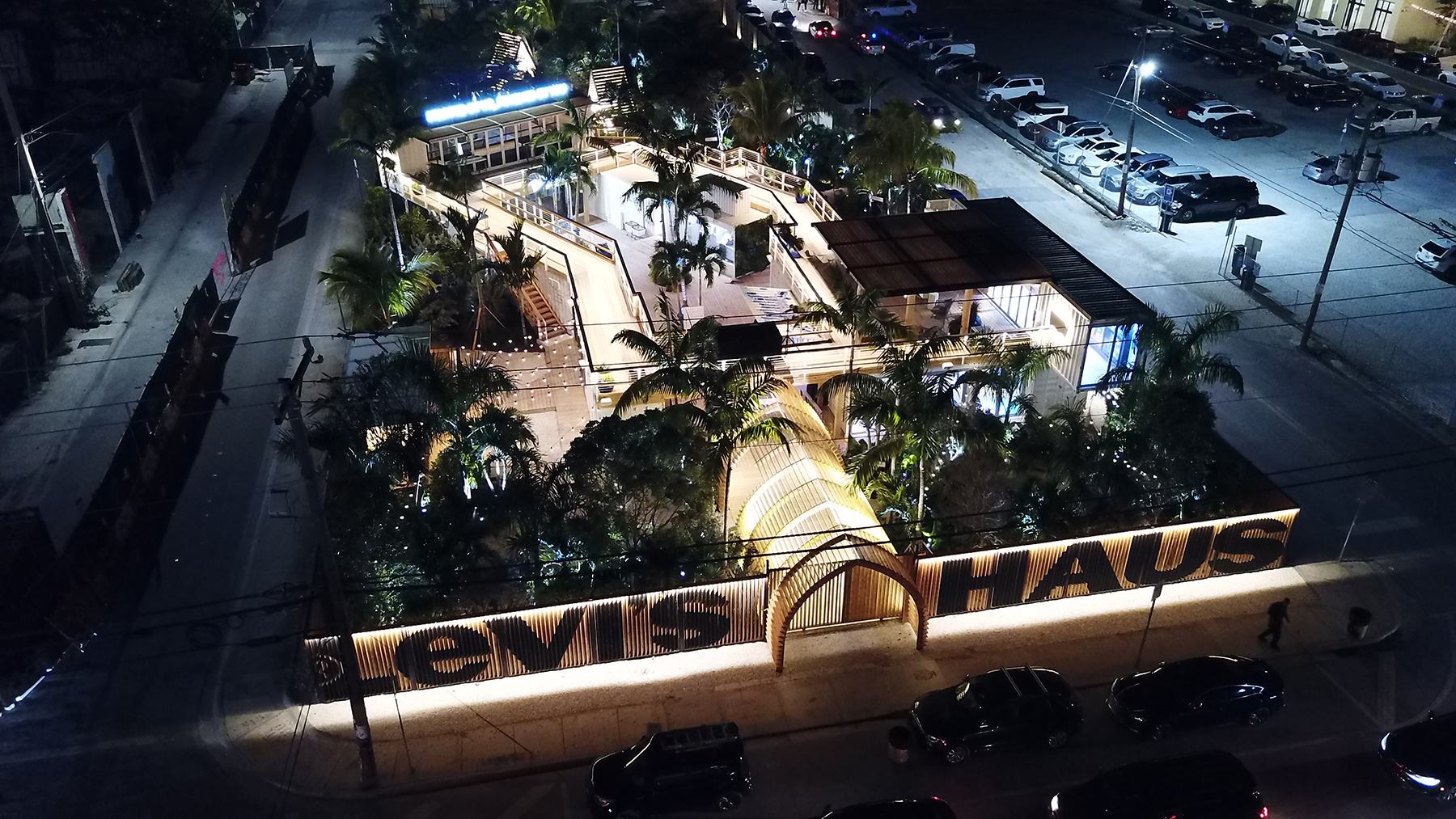 “When Sebastian Yepes (4Wall’s project manager), invited me to light Levi’s Haus, I was happy to agree,” said Fernandez. “To me, this represented a great opportunity to use lighting to create deep and immersive moods in a walk-through space. Lighting was something you could feel in this environment.”

Lighting did indeed seem as if it were part of the architecture at Levi’s Haus, adding depth to the wooden paths that crossed the space, creating pools of brightness and shadows, defining exhibit areas, and enlivening foliage. While lighting was sculpting space at Levi’s Haus, the fixtures themselves remained discretely out of sight.

“We hid the fixtures to meet the conceptual vision of the client,” said Fernandez. “They wanted people to feel like they were in the art garden of a very nice museum. One of the challenges we faced when lighting the main areas, including the landscaping, was not having any of the fixtures or cabling visible. The COLORado fixtures helped us a lot in this regard.” 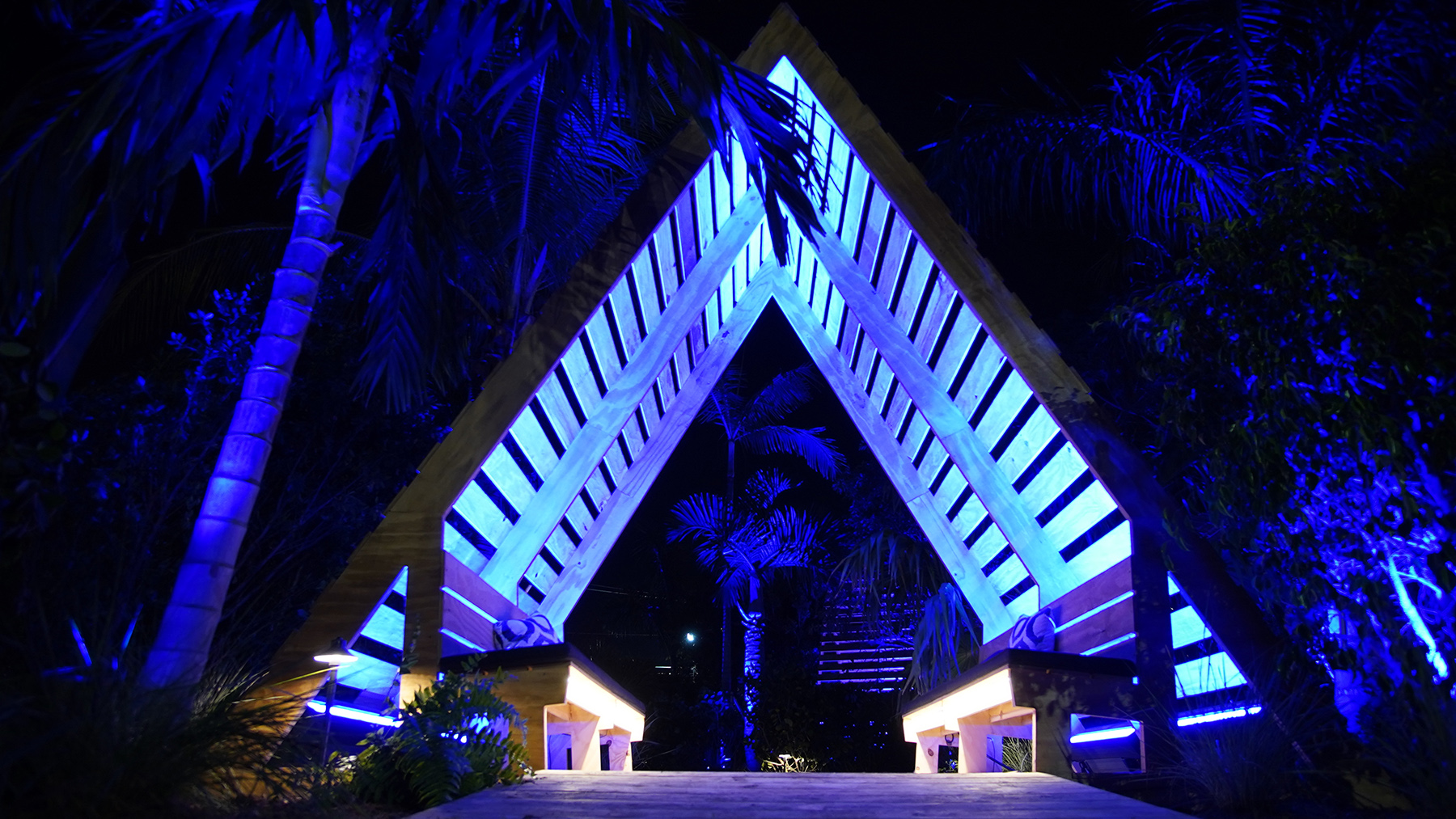 Fernandez deployed 63 COLORado 1 Solo and 50 COLORado 2 Solo fixtures at Levi’s Haus. He used the IP 65 rated RGBW units to uplight foliage, retail exhibits and various scenic elements, including mood-setting shipping containers. The fixtures were also flown above the ground to provide down lighting at various locations.

Also critical to Fernandez’s design were the 30 COLORado Solo Batten units in his rig. Positioned at the base of walls and wooden archways, these high output (3,870 lux at 5 meters) RGBAW linear fixtures were used to highlight the space’s key architectural elements.

Throughout most of Art Basel, lighting at Levi’s Haus created a “tungsten/ CTO look to convey a sleek, simple, modern, environment,” said Fernandez. During parties and special events, he rolled out the full colorizing capabilities of the all three COLORado fixture models to create a high energy atmosphere.

“Our lighting worked gently with the set design to create specific moods,” said Fernandez. With the exception of when a party or event was going on, those moods tended to be sleek, serene and immersive – exactly the sort of thing that awakens the creative artist inside everyone.