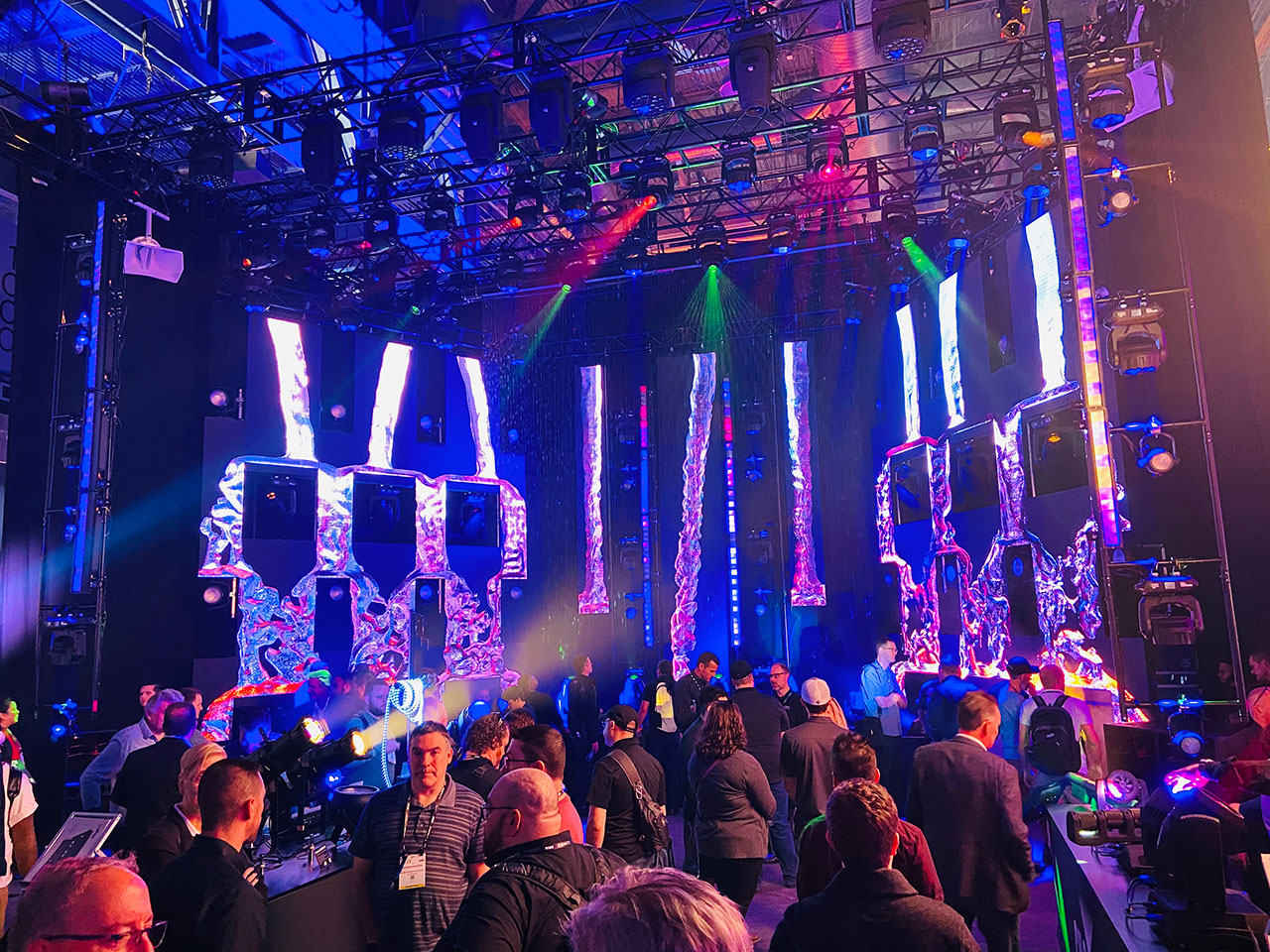 LAS VEGAS – “Immersive,” the word is more often used to describe a lighting design on the touring stage than a trade show booth, but it accurately sums up the effect one experienced visiting CHAUVET Professional at the just-concluded LDI show. That’s a key reason why the company was honored with the 2019 LDI Large Booth Design Award. 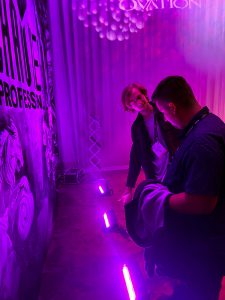 Described by the award organizers as a “welcoming and easily walkable” exhibit that “beautifully integrated” lighting and video, the booth engaged visitors with its seamless visual displays that appeared ideally balanced when viewed from any angle.

To underscore the IP65 ratings of the fixtures on the booth’s main wall, a “live rainfall” appeared in front of the lighting units. For added emphasis, the video wall that ran between the lighting fixtures showed vivid images of flowing water that bordered the geometric patterns of the panel display.

“Max and Ryan did a fantastic job balancing video and lighting in the booth design,” said Global Brand Manager Caroline Chauvet, who accepted the award on behalf of the CHAUVET Professional team. “We’re excited to receive this honor. Big thanks to everyone who worked hard to make this come to life, and to all the visitors who stopped by our booth.” 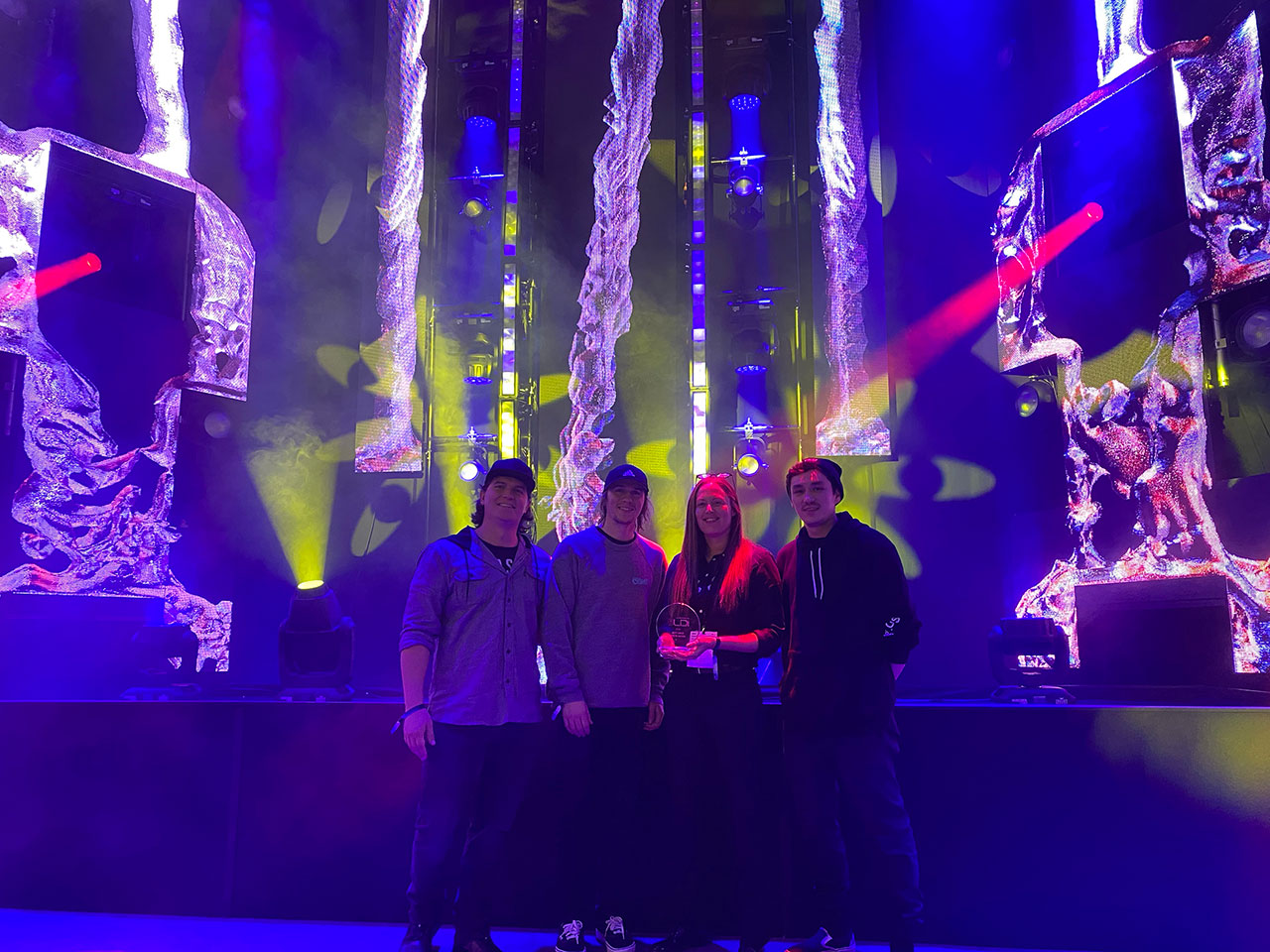 Among the highlights of the exhibit were a number of lightshows that took place every fifteen minutes. With their intense strobing, pixel mapped chases, crossing beam patterns and multi-layered video images moving in harmony with the lights, the shows mesmerized visitors with their concert-like looks, creating an effect that can best be describe as “immersive.”