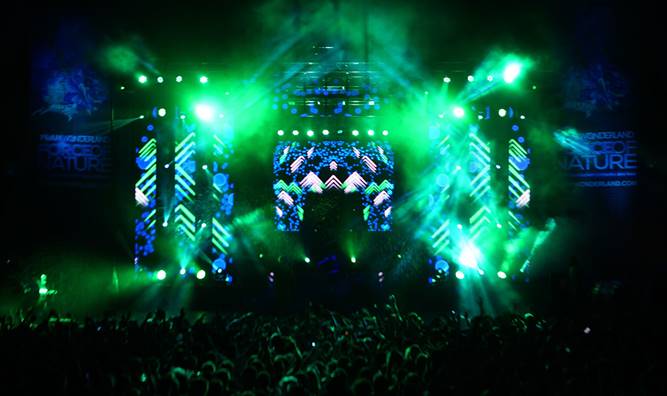 AUSTIN, TX – The rainstorm experience at the Foam Wonderland tour is always intense with a thunderous bass, bright flashes of light, and foam cannons that shoot massive projectiles of foam over the crowd.  The music is always edgy too, with EDM heavies laying down tracks that keep everyone on their feet. 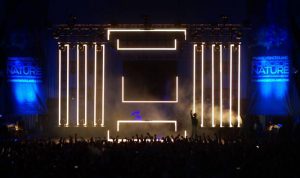 Although the intensity level on this national tour is unfailingly high, it plays out on stages of very different sizes. On some nights the tour will stop at mid-sized venues, while on others the nonstop action will play out in spacious amphitheatres. Maintaining a consistent look that’s true to the Foam Wonderland experience on stages that vary so widely in size is no easy task, but it’s a challenge that Creative Production and Design has met very successfully with help from CHAUVET Professional video panels. 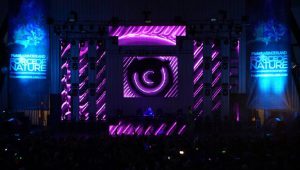 Contracted by Oh Bleep Events to do production for Foam Wonderland’s Southwest Regional shows, Creative Production and Design used 48 PVP X6IP panels and 84 MVP 18 panels to create a powerful stage presence. At the center of it all is a rear video screen made of PVP X6IP panels that displays abstract breakout patterns and IMAG videos. The MVP units are used to make impressive stage columns and highlight the DJ booth as well as the downstage header. Resolume software with a caption card on a media server is used to feed images to the panels. To unify the look on stage, the DJ booth screen mirrors the images shown on a corresponding downstage header screen.

This dominating video panel configuration was designed with scalability in mind, according to Justin Jenkins, president of Creative Production Design, and Dan Wyatt, the company’s general manager.  “The goal in this design layout was that the rig needed to be scalable,” said Wyatt. “Though the shows we do for Foam Wonderland in this region can be fairly large — Dallas has about 8,000 fans — some shows are smaller in nature.  So we could be on a Stageline SL320 one night, and at an arena or amphitheater the next weekend. Being able to scale the production to the different size of stages without losing the overall look was key.” 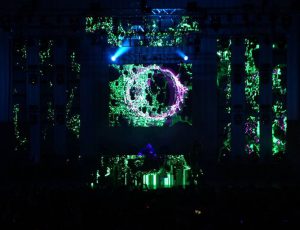 Jenkins described how the video columns give his rig the flexibility to be at home in various sized stages. “The columns of MVP 18s give us the scalability we want,” he said.  “We can add or remove columns to increase or decrease the width of the design. We can add more panels to increase the size of the design, or remove them to bring it down.  The columns also allow the placement of Legend 230SR Beams between them to create a layered look.”(Jenkins used 20 of the Legend fixtures in his design.)

Aside from being scalable, the video panels in the design also had to stand up to the rigors of being on a largely outdoor tour. “Since many of our shows are outside events, the IP rating of the PVP 6mm is a bonus,” said Wyatt. “We also appreciated the blow through design of the MVP 18.”

“When you consider that we often had to deal with the elements as well as stages of all different sizes, this has been going very smoothly,” said Jenkins. “A lot of the credit goes to our panels, and a lot also goes to our team LD and Operator Andrew Roman, Head Video Tech and VJ from Kendall Clark. Everyone worked hard together to ensure that our show was always consistent, even though the stage size wasn’t.” 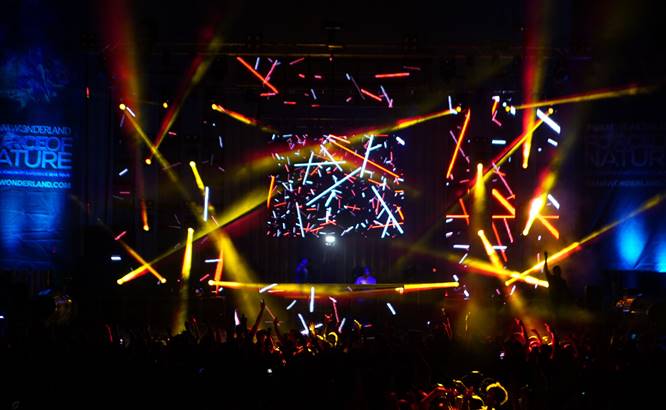