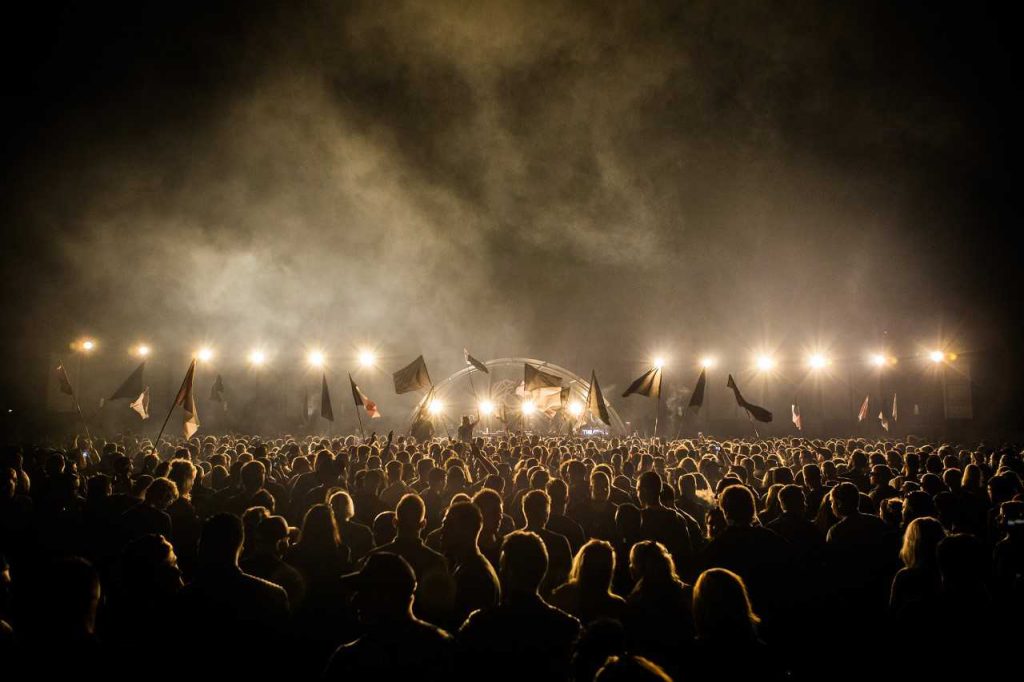 THE HAGUE, Netherlands – Carving out a name for itself in northern Europe’s bustling festival scene, the Crave Festival has been making waves in electronic and techno music circles with its searing musical performances and edgy industrial vibe. The 2017 edition of this red hot festival more than lived up to expectations, thanks in part to a stunning custom stage setting designed by RF Shows.

Central to this design were 14 CHAUVET Professional STRIKE 1 fixtures, which provided hard-hitting visuals in support of the industrial theme of the festival, which takes place in the shadows of The Hague. Positioned within the metallic shipping containers placed around the central stage area, the STRIKE 1 fixtures provided RF Shows with multiple blinding, strobe and wash looks – perfect for the aggressive and sparse techno beats of headliners such as Octave One and Deniro.

“Given that everything about the festival design revolved around an industrial theme, we wanted to create the same feeling with the lighting design,” commented Jeroen Kwakernaak, Project Manager from RF Shows. “The single source of the STRIKEs was instrumental in achieving this and gave us a particularly unique look to play with.”

Thanks to the fixture’s intense 230W LED output, Kwakernaak and his team were able to cover the vast festival site with a mixture of blinder and wash effects. In addition, the STRIKE’s tungsten emulating dimming curve presented a number of interesting visual possibilities for the stage setup.

“The versatility of the STRIKEs was second to none,” continued Kwakernaak. “Not only could we pump up the crowd in blinder mode, we were able to create subtle eye candy wash effects, thanks to the warm tungsten emulating dimming curve.”

In addition to aesthetic considerations, the specification of the STRIKE fixtures gave a number of practical advantages to Kwakernaak and his team. First and foremost, the IP-rated construction presented an all-weather solution for the outdoor festival.

“As the festival was fully outdoors, the outdoor rating made the STRIKE fixtures ideal for the job,” continued Kwakernaak. “Although it didn’t rain, it was extremely hot during the festival, and everything was soaking wet because of the heat. The STRIKEs performed flawlessly within those tough conditions.”

With the metallic and industrial scene of the Crave Festival bolstered by the STRIKE lighting effects, Kwakernaak and his team were able to ensure the ideal base upon which the crowd could lose themselves within the 4/4 rhythm of the electronic beats.