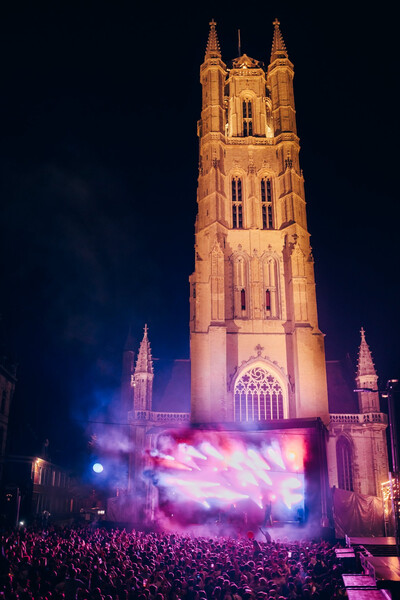 GHENT, BELGIUM – The industrial revolution was just kicking into high gear in the mid-19th century, and a group of Belgian factory owners were concerned about the prolonged effect that the country’s long stretch of summer festivals was having on attendance at their plants. Rather than having these celebrations play out all season, they reasoned, why not consolidate them into one giant event? That way everyone could have fun at the same time, and then get back to work.

Great idea! So great, actually, that it’s still going strong in this era when working from home and automation, have made factory attendance much less of an issue. The 177th edition of Gentse Feesten demonstrated that in convincing fashion recently, drawing some 1.6 million visitors to this beautiful port city over 10 days in July.

More than 3,000 different acts, both local and global, representing a wide range of music genres, performed at 14 different city squares at Gentse Feesten. Helping Ghent glitter throughout the festival while also supporting the artists on stage was an impressive collection of CHAUVET Professional fixtures and video panels, including the new Color STRIKE M. 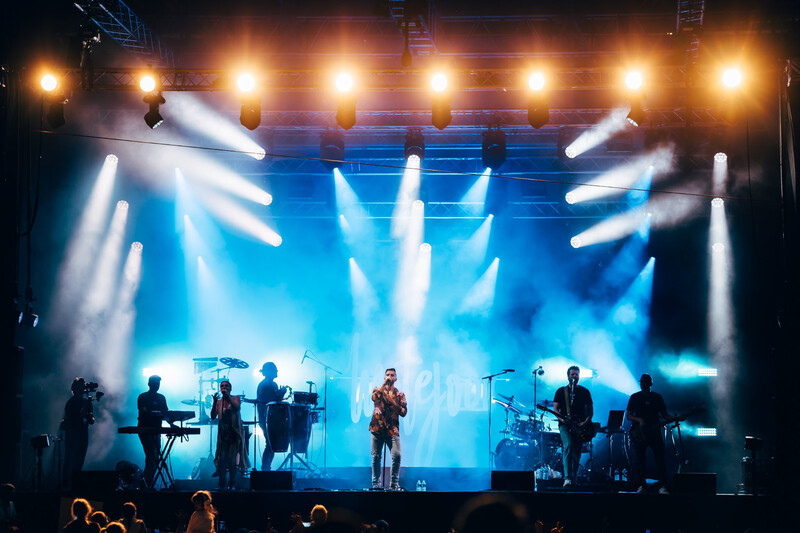 At the main stage on Sint-Baafsplein, the Euro P.A. team put together a power-packed rig that featured eight Color STRIKE M fixtures and eight STRIKE 1 blinders, as well as 24 Maverick MK2 Wash and 16 Maverick MK2 Spot units. Run with a ChamSys MagicQ MQ500M Stadium console, this collection of fixtures delivered searing intense looks with generous servings of audience lighting along with aerial effects that played off beautifully against the historic church steeple for artists like Cookies And Cream, Tessa Dixon, Metejoor and Sandra Kim.

A short distance down the Belforstraat from Sint-Baafsplein, the big Trefpunt stage at Sint Jacobs played host to a wide range of folk and rock performers, under exciting lightshows created with Rogue R3 Wash and Outcast 1 BeamWash fixtures run with a ChamSys MagicQ MQ500M Stadium, all thanks to Deltarent.

Among the more picturesque settings at the festival was Polé Pole where EBS and HMA Design deployed 16 STRIKE P38 high output single pod warm white fixtures to outline the edges of a stage on the banks of the Graslei that welcomed acts like the Belgian hip-hop revelation Blck Mamba, Dutch DJ producer Chamos, and Belgian breakbeat masters Cedex & Higher Underground.

The intensity level was also high at the semi-circular Groentenmarkt stage, where Argon flew six Maverick Force 1 Spots to support a lineup of hard rocking tribute bands; as well as at the Korenmarkt, thanks to Sono Rent & Event and their F4IP video screen, at Luisterplein, where SLV Rent supplied Rogue and COLORdash fixtures as well as F4IP video panels; and at Boomtown Festival, where ARC Productions enlivened performances with help from the Maverick MK2 Spot and Rogue R2 Wash.

At the end of Gentse Feesten, these crews were as efficient loading out their impressive rigs as they were setting up the stages ten days earlier. By then, life was returning to normal. Most of those who visited the festival didn’t go back to working at factories as they might have in the 19th century, but, just as those long-ago industrialists imagined, they did get together as a community to share one really good time.