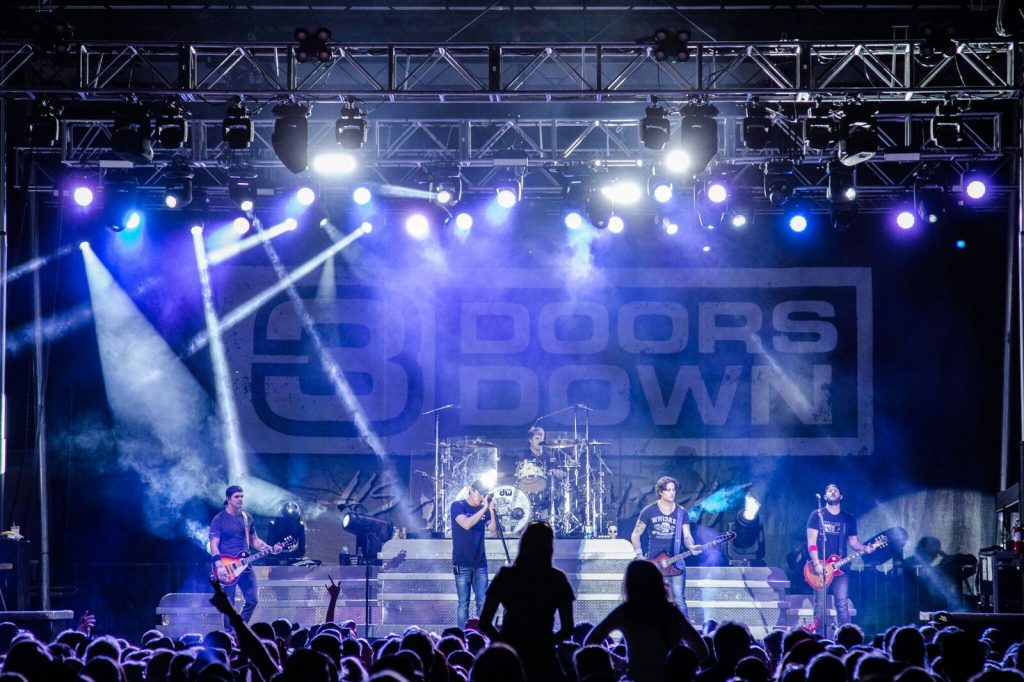 PHOENIX, AZ – Even before the opening notes were sounded for Bob’s Biker Bash on November 4, John Garberson knew it was going to be a great night. Behind the stage, the setting Arizona sun was blazing a glorious red that looked as if it came out of a classic western movie. “It was the perfect setting for an outdoor concert, and everything that followed lived up to this beginning,” said Garberson, who served as the lighting and video production manager for the Phoenix Children’s Hospital fundraising concert, which was headlined by 3 Doors Down.

Contributing to the smooth flow and good mood of the evening was the versatile and power-packed lighting rig that Garberson and his team at Creative BackStage put together for the show. Anchoring that rig was a collection of 15 Maverick MK2 Spot, 25 Rogue R2 Wash and four STRIKE 4 fixtures from CHAUVET Professional.

“We’ve been a part of Bob’s for six years,” said Garberson. “Pro Productions has us do the lighting and video with the mandate to create a rig that can create the most excitement for the crowd that turns out to support Phoenix Children’s Hospital. The thing we like about the Mavericks and Rogues is that they deliver a lot of pop, which allows us to create arena style looks at a one-off outdoor show.”

To maximize the versatility of the moving fixtures in his rig, Garberson flew them on three rows of truss, which was based on the 3 Doors Down lighting plot. The multi-platinum selling band’s LD Jay Branson, a partner and the principal designer at Two Pair Creative of Las Vegas, ran their show. Matthew Berg ran the show for the opening act Big Swing.

The three-truss run consisted of a 40-foot downstage, a 35-foot midstage and a 40-foot upstage. “Having the three rows creates a lot of opportunities to come up with different looks,” said Garberson. “Aside from being ideal for crossing the stage with beams from every direction, this configuration also works great for back lighting, specials and audience lighting.”

“There were a lot of cool moments in the evening that the lighting played a big role in creating,” said Garberson. “Hitting the stage with light from the different positions really crated an architecture that the artists moved through. One of the coolest moments was when we had some dancers move on stage with only background lighting. It was kind of subtle, but it showed the kind of depth the lighting rig was capable of creating.”

It was all in all a perfect evening. The large crowd left happy. The Phoenix Children’s Hospital raised money; and as if on cue by the end of the concert a bright November moon illuminated the sky. 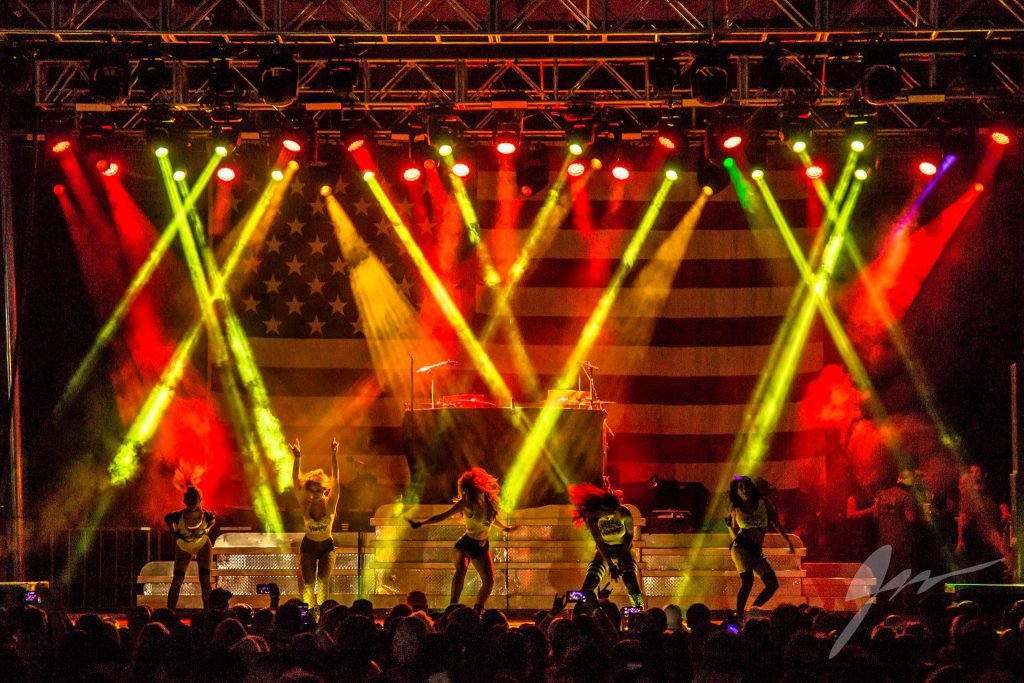