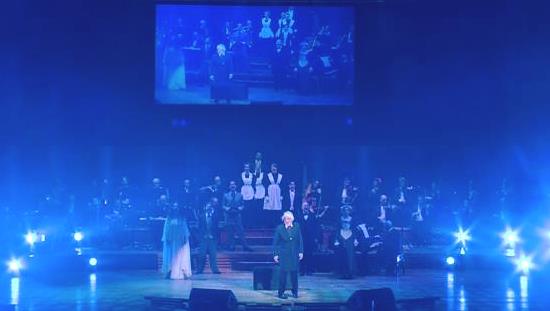 ROME – As the site of the prestigious Festa del Cinema di Roma (Rome Film Festival) every October, the elegant Auditorium Parco della Musica has played host to many of the brightest movie stars from throughout the world. Last year, Martin Scorsese, Nicole Kidman, Sigourney Weaver and Julia Roberts were among the celebrities participating in the festival’s events. Given its association with the film industry, this Renzo Piano-designed complex just north of Rome’s ancient city, made an ideal setting for a recent retrospective by one of Italy’s most beloved actors, Gigi Proietti.

Cavalli di Battaglia takes a moving, contemplative look at Proietti’s over 60-year career on stage and in internationally acclaimed films like Sidney Lumet’s The Appointment and Robert Altman’s A Wedding. Supporting the retrospective at the Auditorium Parco della Musica was a lightshow created by prominent theatrical designer Umile Vainieri. Anchoring his warm and evocative lighting design is a collection of CHAUVET Professional Maverick fixtures, supplied by Fumasoli Audio and Lights Rental.

Vainieri used 28 Maverick MK2 Wash and 14 Maverick MK2 Spot fixtures in his design for the show, which is based on a popular televised version of Cavalli di Battaglia that ran on Italy’s RAI network in early 2017. He positioned 18 of the wash units on the stage deck in double rows just in front of the orchestra to create a variety of dramatic effects. 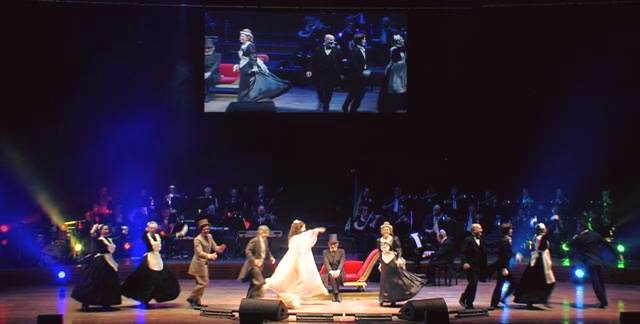 During the more reflective moments of the show, these fixtures produced evocative points of light, while the orchestra and the backup performers were kept mostly in darkness. Aside from the glow of the Maverick MK2 Wash fixtures, the only other illuminated area on stage at these moments was the pool of white light that surrounded Proietti.

Viewed from the audience, the 18 points of light, along with the orchestra in near darkness and the legendary actor surrounded by a circle of light, presented a transformative panorama. Enveloped by an island of light in a sea of darkness, the 78-year-old Proietti seemed to have journeyed to the stage from a different time.

The 10 remaining Maverick MK2 Wash fixtures in the rig were flown on truss structures for colorizing the stage. Along with those washes, 14 of the Maverick MK2 Spot fixtures were flown on the truss. These units were used for specials, spotting and audience lighting. The remaining four Spot fixtures were positioned on the upstage deck and were relied on to lend a concert light feel to the show by creating aerial effects.

“The added impact that the Maverick fixtures brought to the show was impressive,” said Marco Zaffuto of Fumasoli Audio and Lights Rental. “Umile Vainieri is a very gifted lighting designer, and he was able to create a wide variety of theatrical looks that reflect the action on the stage with very smooth transactions from scene to scene. Gigi Proietti is a national treasure in Italy, and this design supported him with the looks he so richly deserves.” 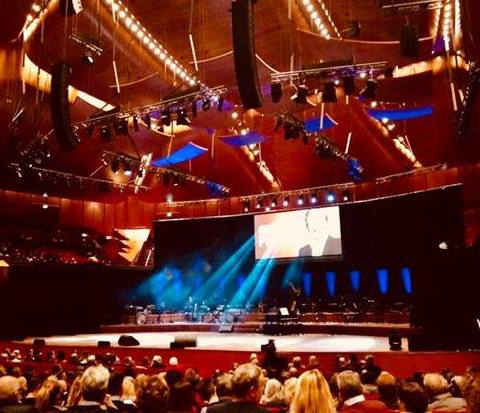